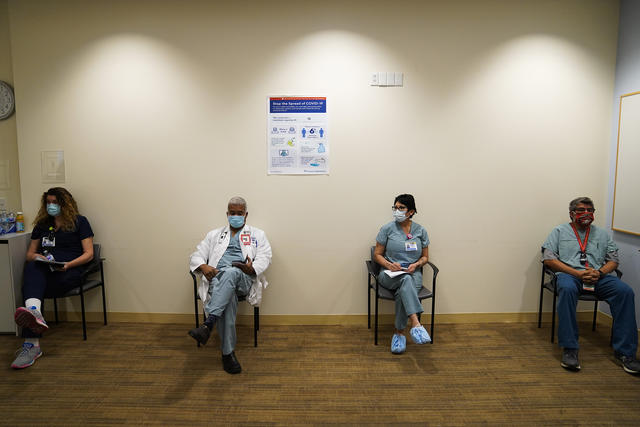 Healthcare workers waited to be cleared after receiving a Covid-19 vaccine in Los Angeles on Dec. 14.

Surprising numbers of healthcare workers have been reluctant to get the coronavirus vaccine. Roughly half of all hospital workers in Riverside County have declined to get inoculated, officials said. Fresno County is reporting a similar figure. “Some of them are saying, ‘You know, not yet,’ that they just want to see how things go," a health official said. Desert Sun | Fresno Bee

More than 600 people smooshed shoulder to shoulder at a house party in Encino.

People snorting bumps of cocaine off each other’s keys.

Los Angeles Magazine published a disturbing account of the city's thriving underground party scene in a time of pandemic.

California sent more than $42 million in pandemic unemployment benefits to prison inmates in other states, an analysis found. A large number of recipients were in Florida, including a man sentenced to 20 years for murder. The disclosure comes as state authorities investigate fraudulent claims for benefits that could total $4 billion. L.A. Times 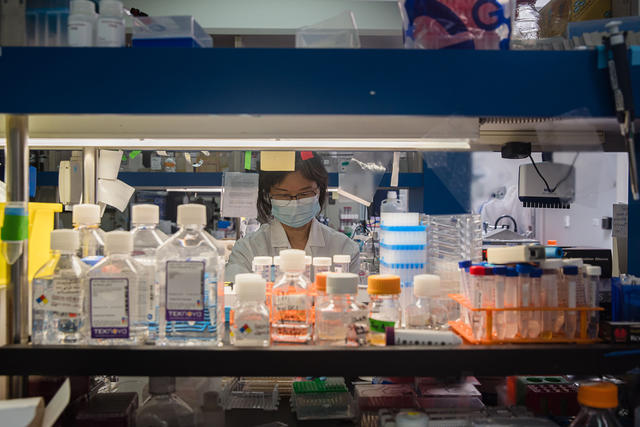 An employee worked in the lab focused on fighting Covid-19 in San Diego.

Two dozen new cases of a more contagious variant of the coronavirus have been found in San Diego County, bringing California's total to 32. None of the patients had traveled recently, suggesting that the strain is stealthily circulating across the state. Officials have grown increasingly alarmed that rapid spread of the new strain could further overwhelm hospitals and result in even more deaths. S.D. Union-Tribune | S.F. Chronicle 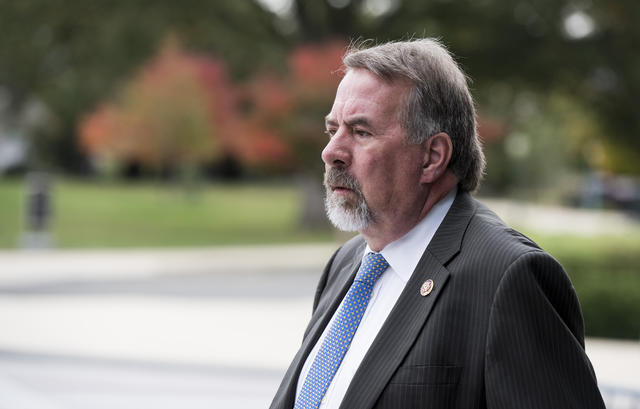 Rep. Doug LaMalfa, of Butte County, said he would challenge to the electoral college results.

Of the 11 California Republicans in the House, two — Reps. Doug LaMalfa and Mike Garcia — have said they'll join an effort to overturn the presidential election when Congress meets today. The Sacramento Bee checked with the rest and met a virtual wall of silence. Only Reps. Tom McClintock and Young Kim said they'll respect the election results. "States select electors," McClintock said in a joint statement with other lawmakers. "Congress does not." Sacramento Bee

Former Gov. Arnold Schwarzenegger on the Republicans who reject the Electoral College votes: "For those in my party considering standing up against the voters on January 6th, know this: our grandchildren will know your names only as the villains who fought against the great American experiment and the will of the voters. You will live in infamy.” The Economist 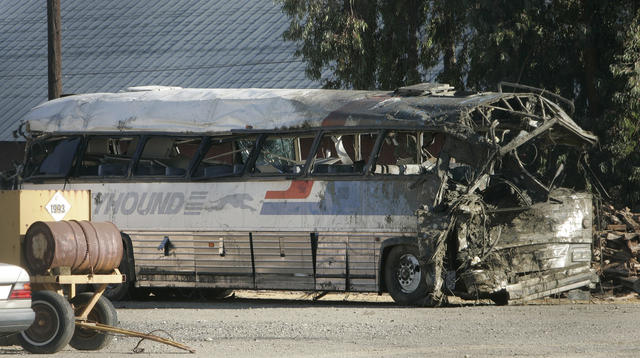 The charter bus driven by Quinton Watts was left mangled after a deadly crash in 2008.

In 2008, a bus en route to a casino north of Sacramento swerved into a ditch, killing 11 passengers. Prosecutors said the driver, Quinton Watts, who is Black, was careless and sleep-deprived. He got 26 years in prison. What the jury never heard, however, was that Watts suffered from a seizure disorder that likely played a role in the crash. In December, the Sacramento Bee published a 10-month investigation detailing the limp defense, dubious science, and rush to convict that put Watts away. Now, the paper's editorial board is calling for his release. "Quinton Watts," it wrote, "has been punished enough."

A 25-year-old counselor was fatally beaten after trying to break up a fight among seven young people at a youth home in Los Angeles over the weekend, officials said. Seven suspects, including two 18-year-olds charged with murder, were arrested. Former employees of the facility said it's been a hotbed of violence for years. One said she warned management that someone was going to get killed. "But no response," she said. L.A. Times | CBSLA

A pair of bicyclists took a tour of Cameron Airpark Estates.

Fun fact: There's a neighborhood next to a small airport in the Sierra foothills where the homes have hangars and the roads are extra wide so residents can store their airplanes and drive right to the runway. In Cameron Airpark Estates, about 30 miles east of Sacramento, car and plane traffic mingles, and kids playing in the street know to scatter when a neighbor taxis to and from a driveway. A bike group took a fascinating video tour around the neighborhood a couple months ago. 👉 YouTube (~7:30 mins) 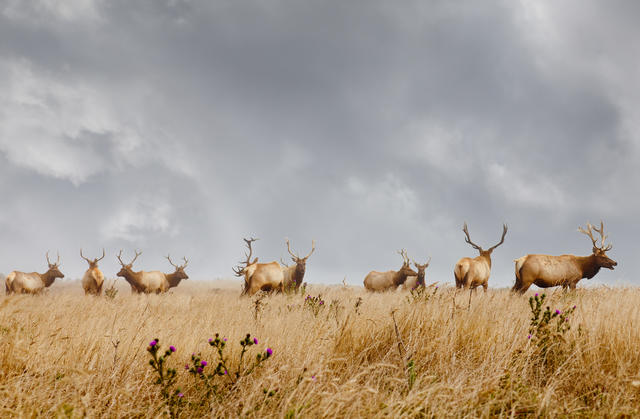 A herd of elk at Point Reyes.

☝️ If you live in the Bay Area, you could be standing before a scene like this in as little as an hour or two.

Roughly 750 Tule Elk roam Point Reyes, the windswept cape just north of San Francisco. Spotting them can be as simple as arriving to the parking lot at Pierce Point Ranch, a historic dairy ranch open to the public where a group of young bulls often hang around within view. Head down Tomales Point Trail and you’re nearly guaranteed to see some, along with breathtaking coastal views. The outdoorsman Tom Stienstra included Pierce Point Ranch in a list of eight ways to rediscover the Bay Area’s beauty during the pandemic. S.F. Chronicle 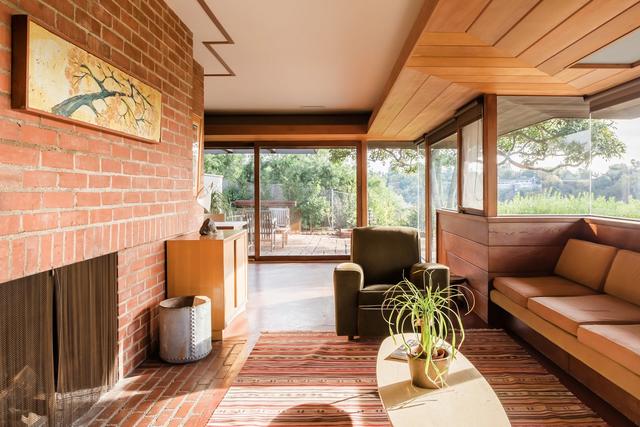 ☝️ This hilltop home a few miles from downtown Los Angeles rents for $305 a night. Designed by a student of Frank Lloyd Wright, the midcentury residence is registered as an architectural monument with walls of glass that frame fantastic views of the city. Architectural Digest included it in a list of "the 7 best Airbnbs in Los Angeles."