In a pair of tweets, President Trump vowed to deport millions of people living in the country illegally starting next week. There are an estimated 11 million unauthorized immigrants in the U.S., with about 1 in 5 living in California.

Trump's tweets came a day before he was to formally announce his reelection bid. Immigration enforcement operations are typically kept secret to avoid tipping off targets. In 2018, the mayor of Oakland was threatened with criminal prosecution for alerting residents that raids were in the works. Washington Post | A.P. 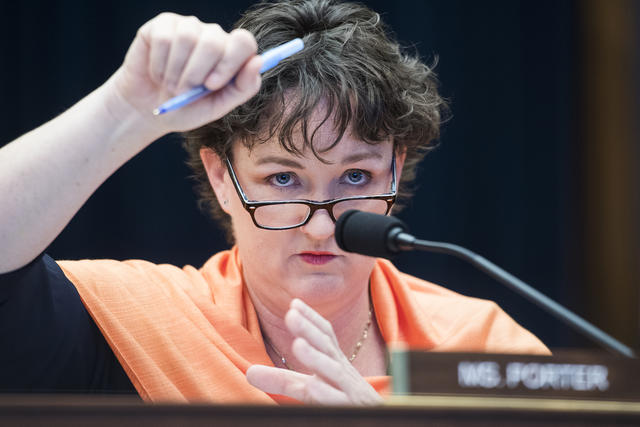 Rep. Katie Porter during a hearing at the U.S. Capitol on Feb. 27.

"I have not come to this easily."

Rep. Katie Porter, a Democrat who narrowly flipped a Republican stronghold in Orange County, said she supports an impeachment investigation of President Trump. The move makes her among the first Democrats from a traditionally Republican district to endorse impeachment. It could have consequences for her politically. A spokeswoman for House Republicans responded: "Katie Porter is so consumed by her hatred of President Trump that she is willing to thumb her nose at her constituents." N.Y. Times | The Hill

A poll found that about 61 percent of California voters oppose abolishing capital punishment. Even so, 52 percent of voters said they backed Gov. Gavin Newsom's moratorium on death row executions. "A majority of people recognize that it is a broken system in practice and for that reason a moratorium is appropriate," an A.C.L.U. attorney said. L.A. Times | U.C. Berkeley 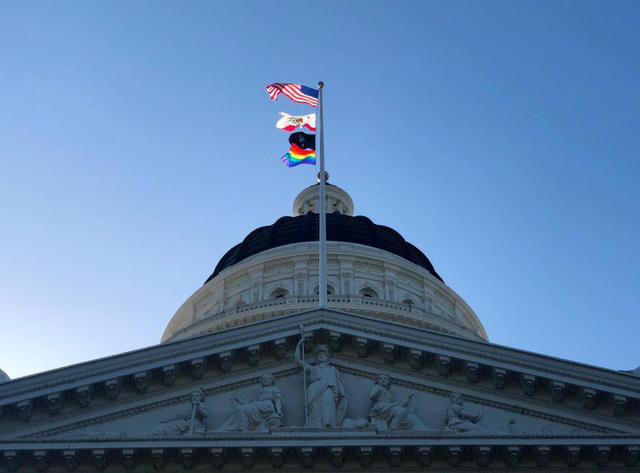 California began flying the pride flag over the state Capitol on Monday for the first time in the state's history. The gesture was seen as a response to the Trump administration's ban on flying the rainbow flag over U.S. embassies. It will fly in Sacramento until July 1. Sacramento Bee | CBS News 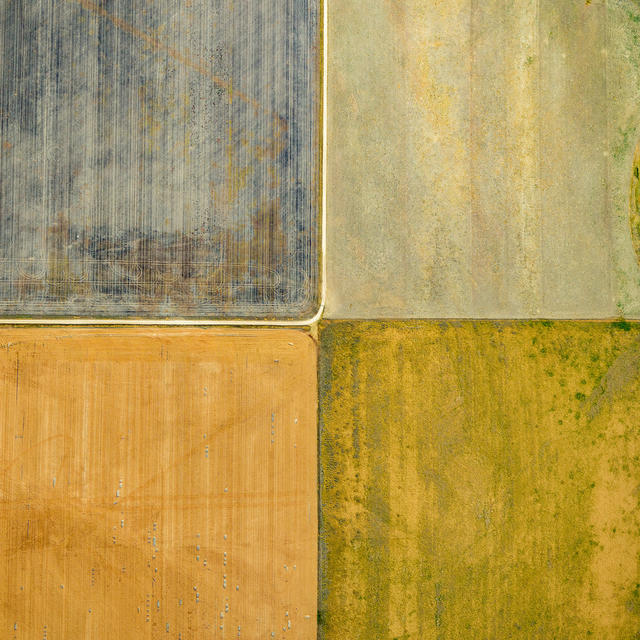 California's Central Valley was once a teeming mosaic of riparian forest and wetlands. The region's transformation into an irrigated culture has made it among the most productive tracts of land in the world. It's also left scarcely any part unaltered by crops. Photographer Mitch Rouse was drawn to the Central Valley for his aerial photography project, "The Fabric of America." Some of the patterns evoke abstract art. Behance, Part 1 | Part 2

Thanks to groundwater pumping, parts of the Central Valley have sunk as much as 30 feet since the early 1900s. California Sun 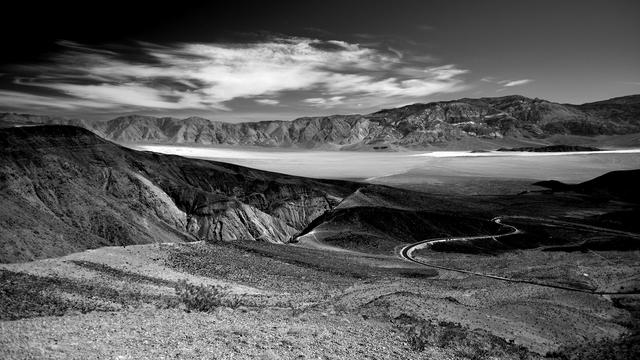 Here's the view from Father Crowley Overlook on the western edge of Death Valley National Park. "Anywhere else in the country," KCET wrote, "this would be a nationally famous tourist destination, but wedged as it is between Death Valley and the Sierra Nevada, Crowley Point has escaped some notice. That's OK: you might just have it all to yourself." KCET 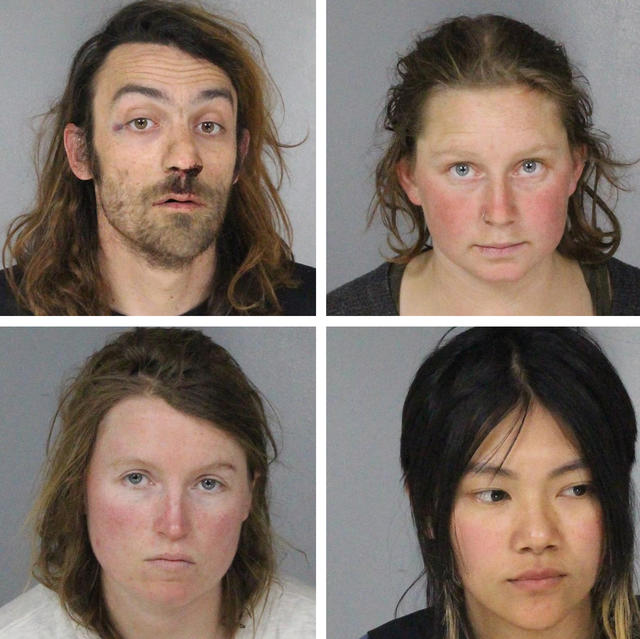 In a resurgence of the old timber wars, environmental activists have been getting arrested trying to prevent logging in Humboldt County. The battle, in a tract of forest known as Rainbow Ridge, is centered on ancient stands of Douglas fir that are exceedingly rare. One guy locked his neck to a cattle grid with a U-lock to block a logging route. Another protester has been tree sitting. "They're on the wrong side," she said of the timber company. "They're carrying Tasers and handcuffs to hurt and detain us. They're here to starve me out of this tree so it can be felled." North Coast Journal | Lost Coast Outpost

Congregations in the Bay Area and beyond are stepping up to address California's severe shortage of affordable housing. St. Paul's Episcopal Church in Walnut Creek just built 44 affordable apartments on its property that will rent for as little as $759 a month. They're calling the movement YIGBY, or "yes in God's backyard." Mercury News 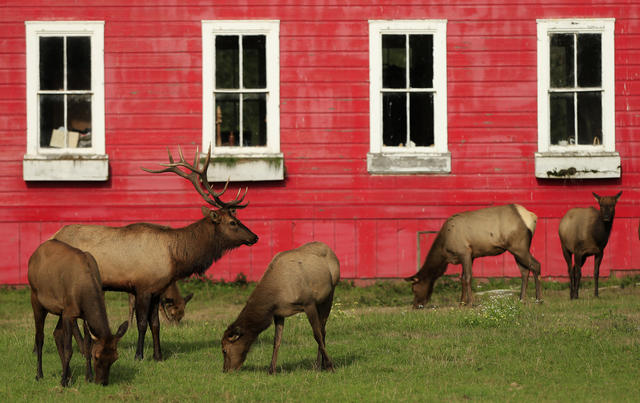 Giant Roosevelt elk graze in the tall grass next to the old red schoolhouse on the grounds of the Elk Country RV Resort in Trinidad.

Northern California, famed for giant trees, is also home to awe-inspiring beasts. Roosevelt elk are the largest elk in North America. Sporting multibranched antlers, bulls can weigh as much as 1,200 pounds and stand nearly as tall at the shoulder as the average American woman. Millions of the elk once roamed between Sonoma County and British Columbia before being driven to near-extinction in the early 1900s. Aggressive conservation efforts mean that you can still find them roaming through the foggy meadows of Humboldt County, including one herd that hangs out near a scenic red schoolhouse in Trinidad. L.A. Times | NPS.gov 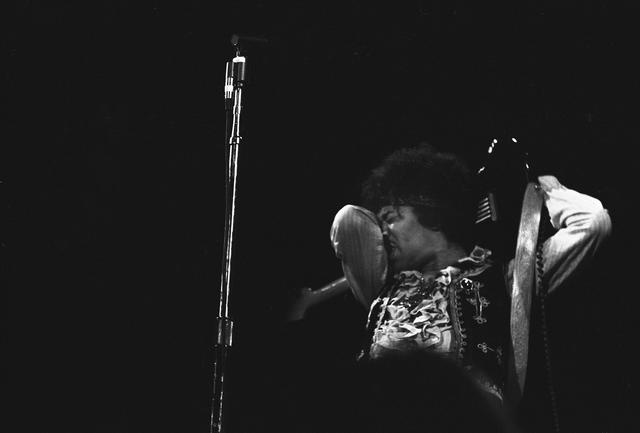 Jimi Hendrix performed at the Monterey Pop Festival on June 18, 1967.

The Monterey Pop Festival included top acts like the Mamas and the Papas and Simon & Garfunkel, along with a performer virtually unknown in the U.S. named Jimi Hendrix.

The 24-year-old guitarist, who performed in Monterey on this day in 1967, was a revelation. He rolled on the ground, plucked strings with his teeth, and created an explosion of snarling feedback. Then, assuming the role of electric shaman, he dropped to his knees and summoned fire from his Stratocaster. Upon leaving the stage, the L.A. Times wrote, Hendrix "graduated from rumor to legend."

The Monterey festival ushered in a new age for American music, serving as the blueprint for a series of rock festivals that culminated two years later with Woodstock. A year after that, Hendrix was dead. N.Y. Times | NPR (2017)

Nestlé has been drawing water from the San Bernardino National Forest for decades.

Nestlé, the world's largest bottled water company, is taking millions of gallons of water from national forest land east of Los Angeles — and federal officials are helping them do it. In 2017, California regulators told the company it has no right to much of the water it's extracting. Nestlé says it's entitled to every drop. Desert Sun

An off-duty officer who shot and killed a man inside a Riverside County Costco last Friday had been attacked without warning as he held his toddler, the policeman's attorney said. The shooting left Kenneth French, 32, dead and two of his family members wounded. French's cousin cast doubt on the officer's account, describing French as a "gentle giant" who didn't speak because of an intellectual disability. Press-Enterprise | A.P. 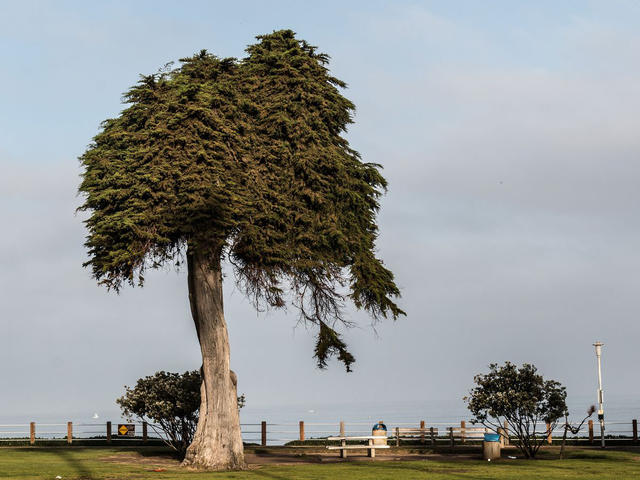 Theodor Geisel was said to be able to see the Monterey Cypress from his home in La Jolla.

A century-old Monterey Cypress in La Jolla believed to have inspired the fanciful Truffula trees in Dr. Seuss's "The Lorax" has fallen. Author Theodor Geisel lived atop a hill in La Jolla and said his children's fable about environmental degradation grew out of his anger watching homes being carved into the hillsides. The death of the cypress, which appeared to be healthy, baffled parks officials. S.D. Union-Tribune | Times of San Diego 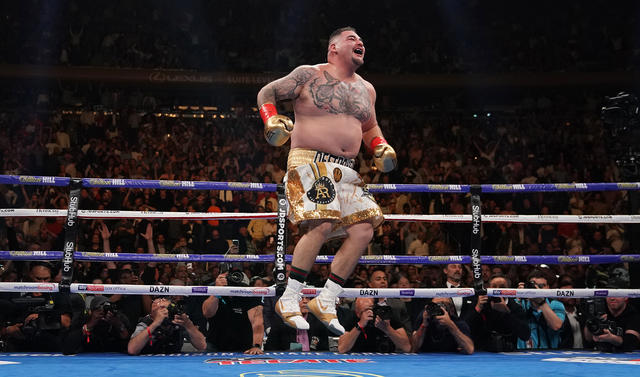 Andy Ruiz Jr. celebrated after knocking down Anthony Joshua in the seventh round at Madison Square Garden on June 1.

Detractors called Andy Ruiz Jr., a 29-year-old son of Mexican immigrants from the border town of Imperial, a "fat slob" and the "Pillsbury Doughboy." Then, as a 14-1 underdog, he stunned the boxing world by pummeling chiseled British fighter Anthony Joshua, one of the sport's biggest stars. Now Ruiz is the heavyweight boxing champion of the world, and he has a new nickname: "Rocky Mexicano." N.Y. Times