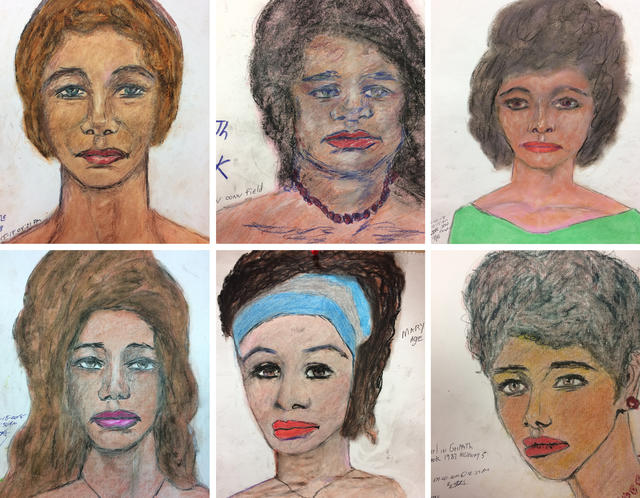 The FBI released sketches drawn by Samuel Little of unidentified women he says he killed.

Samuel Little, an elderly California prison inmate, was convicted in 2014 of killing three women in Los Angeles in the 1980s. But he claimed to have killed many more — 93 altogether — in a cross-country rampage that lasted decades. Now, after years of painstaking investigation, the F.B.I. says it believes all of Little's confessions are credible, making him the most prolific known serial killer in American history. N.Y. Times | A.P.

Gov. Gavin Newsom signed a measure that makes California the first state to allow pharmacists to dispense HIV prevention pills to patients without a prescription. Doctors recommend the drugs known as PrEP and PEP to people at high risk of contracting HIV. However, few in that category avail themselves of prescriptions. A supporter of the new bill called it "a giant step forward in getting to zero transmissions, zero deaths and zero stigma." L.A. Times | A.P.

California has launched its first toll-free mental health line, expected to operate 24/7 by the end of the year. The so-called "warm line" is intended not for people in crisis, but anyone seeking emotional or mental assistance. "You can use it anytime you want for any reason you want," a lawmaker said. The number: 855-845-7415. KPIX | NBC Los Angeles 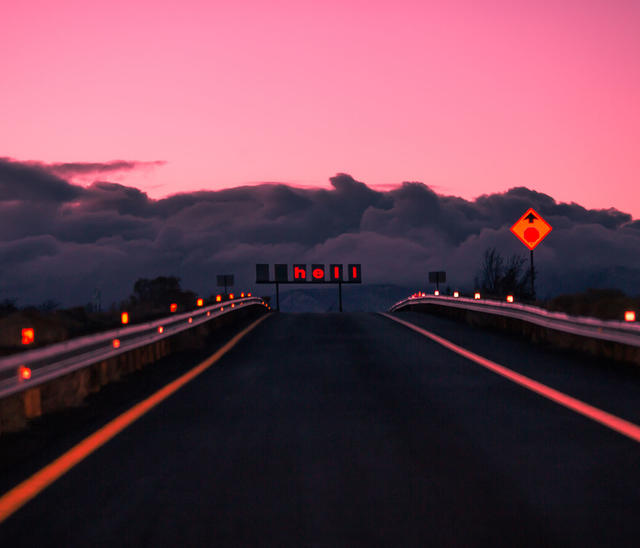 In California, it's gas prices from hell.

Gas prices are soaring to painful levels across California. In San Francisco, the average price hit $4.27 a gallon on Monday. In Southern California, the average was $4.18. A broadcaster spotted $4.99 gas at a station in San Diego. The national average is about $2.66. Analysts blamed the spike on refinery maintenance. O.C. Register | S.F. Chronicle

Believe it or not, California is a "tax-friendly" state. That's according to an analysis by Kiplinger, which pointed out that the state is much easier on modest earners than it is on the wealthy. Marketwatch | Kiplinger 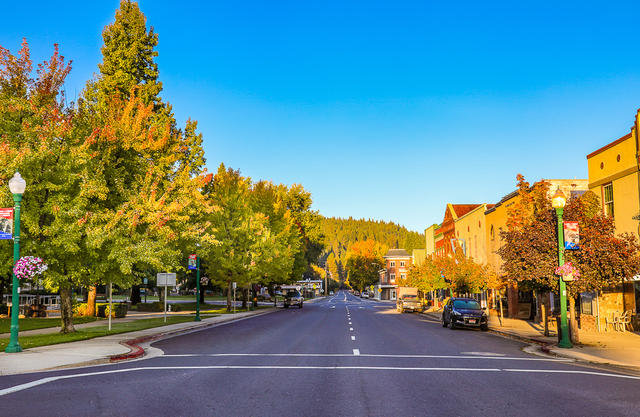 Quincy, in Plumas County, was draped in fall colors on Sunday.

Here's the California Fall Color Map, updated each Friday with reports from color spotters from across the state. Google.com 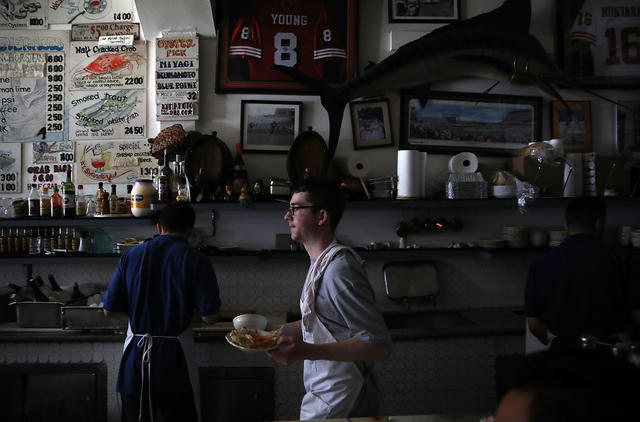 A waiter worked in the dark during a power outage in San Francisco in April 2017.

PG&E said it may shut off the power to more than 600,000 customers across 29 Northern California counties starting Wednesday and through Thursday as strong and dry winds pose a threat of fire. The warning was by far the largest since the utility began conducting the preemptive shutoffs in 2018. Officials said the blackout could last for days. S.F. Chronicle | KQED

Look up the latest shutoff information at pge.com.

A granite memorial was dedicated just north of Santa Rosa in honor of the 24 people who died in the 2017 wildfires in Sonoma County. Glyn Evans, 90, a onetime rodeo cowboy, touched the name of his late wife, etched into the rose-colored slab, and wept. He said he thought of her every day and that he wished he had died instead of her. Then he thanked the sculptor of the memorial. "This takes out a lot of the poison," Evans told him. Press Democrat 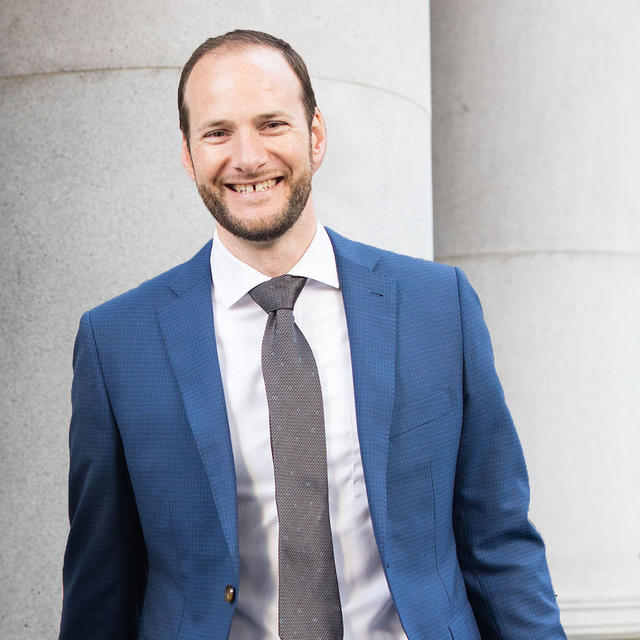 Chesa Boudin, 39, is a Rhodes Scholar and graduate of Yale Law School.

Competition is fierce in San Francisco's district attorney race. The mayor favors Suzy Loftus, a former police commissioner and loyal acolyte of Kamala Harris. Arguably her most dangerous competitor is Chesa Boudin, a public defender and son of imprisoned radicals whose candidacy is backed by figures like Shaun King and John Legend. Boudin, the New Yorker wrote, represents a yearning for to-the-studs reform. "I genuinely believe that prison should be the last resort," he told the magazine. New Yorker

"Walking into the club really feels like stumbling onto a secret and delightful world where books and letters are king."

San Francisco's Book Club of California, founded more than a century ago, is all at once a publisher, library, museum, and cultural center. Open to the public, it includes more than 10,000 rare and letterpress-printed volumes on display along with an old-world-style reading room with Victorian-era couches, lamps, and dark wood tables. The Mercury News called it San Francisco's best-kept secret. Roadtrippers | Mercury News 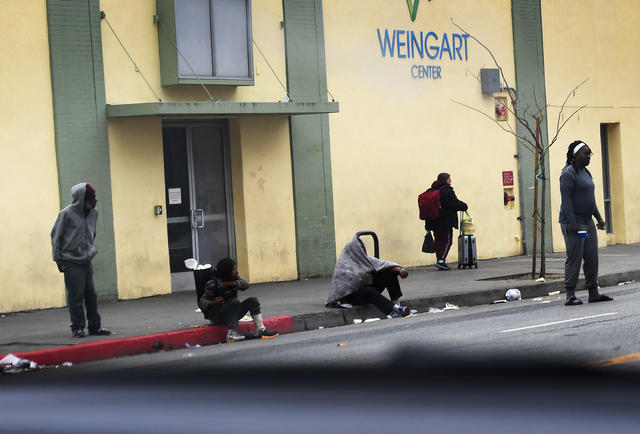 Homeless people gathered on the streets of Skid Row.

The L.A. Times analyzed survey data and found that mental illness and substance abuse are far more pervasive in Los Angeles County's homeless population than officials have reported. Of those living on the streets, 67 percent suffer from those afflictions, compared to the official finding of 29 percent. The homeless services authority didn't dispute the analysis. "We're acknowledging that there are more layers to the story," an official said. L.A. Times

Los Angeles has been moving aggressively to repave the city with "cool pavements" that lower temperatures by reflecting the energy from sunlight. Experts have predicted that the city could reduce its so-called urban heat island effect by nearly 3 degrees. One problem: Scientists have now discovered that the reflected sunlight actually makes pedestrians feel hotter — by as much as 7 degrees. Still, the city is pressing ahead. CityLab

A map depicts the growth of parking spaces per square mile from 1950 to 2010.

Today I learned: A 2015 study found that there were roughly 18.6 million parking spots across incorporated Los Angeles County, covering a jaw-dropping 14 percent of the land area. That amounts to about 200 square miles, an area big enough to fit Manhattan eight times over.

Many urban planners say abundant parking contributes to Los Angeles's traffic woes. Now the city is now getting serious about easing codes that require developers to include parking spots in their plans. Curbed Los Angeles 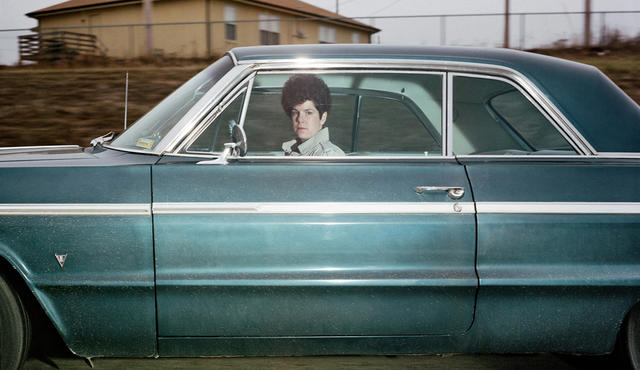 From 1989 to 1997, photographer Andrew Bush captured fascinating portraits of everyday people cruising the freeways of Los Angeles. He snapped the photos while driving alongside his subjects, often moving at 60 mph, creating a split-second connection. The result, wrote the reviewer Cathleen Medwick, is "a meditation on character, class, the human condition, precarious at any speed." AndrewBush.net | Flashbak