A New York Times analysis of every U.S. county found that coronavirus vaccine hesitancy was higher, on average, in counties where a majority of residents voted to re-elect Donald Trump in 2020. As a whole, California compared favorably to the rest of the U.S., with the slight exception of Jefferson State country near the Oregon border. 👇 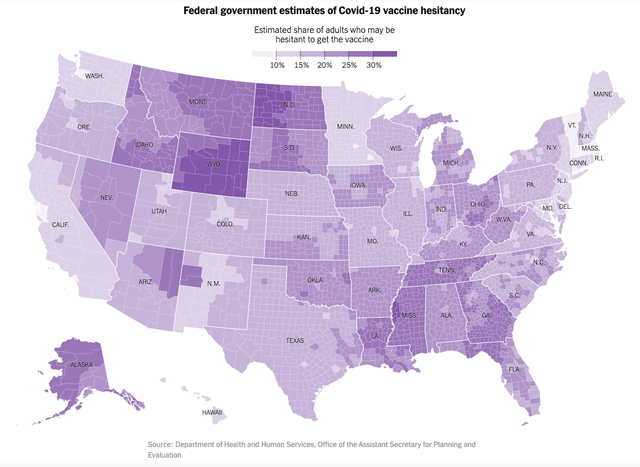 The darker the shade, the greater the vaccine hesitancy.

via the N.Y. Times

With vaccines now widely available and pandemic restrictions easing, the U.S. is opening back up. But San Franciscans have been more reluctant to leave the house than residents of any other city in the country, an analysis of cell phone data showed. There's one place that many people hope to continue avoiding even after the pandemic: the workplace. A survey found that more than half of telecommuting Californians want to stay that way. S.F. Chronicle

At the start of a closely watched trial Monday, a lawyer for several California communities accused four drugmakers of causing a deadly wave of opioid addiction. The counties of Santa Clara, Orange, and Los Angeles, and the city of Oakland want a judge to force the companies, including Johnson & Johnson, to pay $50 billion to cover the costs of abating the havoc they caused. “Without an avalanche of prescription opioids, there wouldn’t be an opioid epidemic,” a plaintiff's lawyer said. Reuters | Dow Jones

Having concluded that simply limiting emissions is insufficient to avert climate catastrophe, California is embracing an idea once considered too controversial: giant vacuums. The plan calls for sci-fi-type machinery that would pull carbon from the air and bottle it deep underground, a monumentally expensive and logistically daunting challenge. And the state is essentially starting from zero. L.A. Times 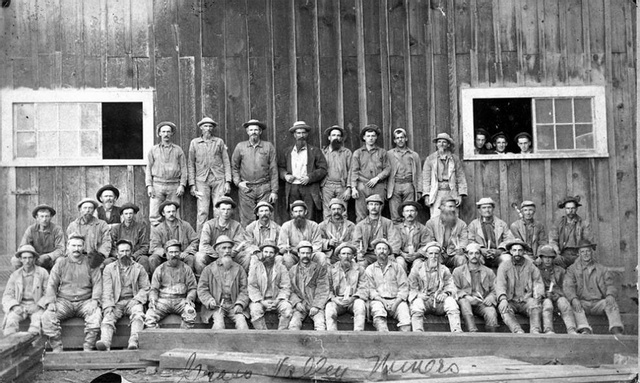 Grass Valley miners sometime after the Gold Rush in the 1850s.

Gold fever never died in California. With gold prices rising, a Canadian company is seeking approvals to reopen a giant abandoned mine just east of Grass Valley in the Sierra foothills. The company's engineers believe a windfall worth billions is waiting to be discovered. Some nearby residents are aghast. “Why does anyone in the world think it’s OK to bring back this toxic business?” said Christy Hubbard, 63, whose yard backs up to the mine. S.F. Chronicle 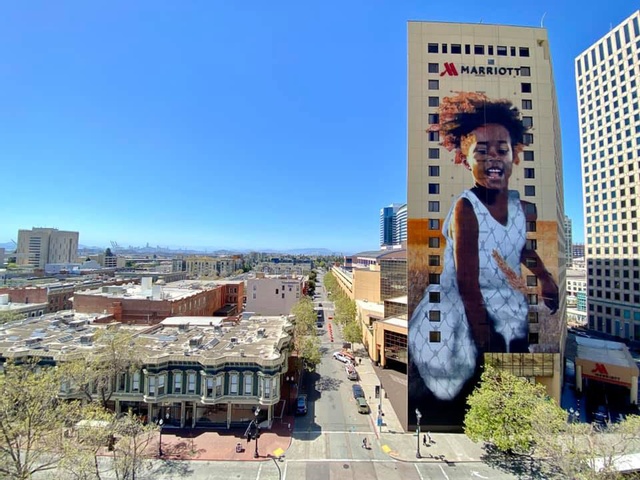 Oakland unveiled its largest mural — pictured above — on Friday, rising 190 feet on the side of a downtown hotel. Created by the artist Victor Ash, the depiction of a young Black girl grasping a bundle of wheat, called "Zero Hunger," is intended to spotlight the issue of world hunger. She is smiling for a reason, Ash said: "When you see pictures and advertisements of hunger, they are sad pictures. It was important to me to do something positive." KGO | SFist 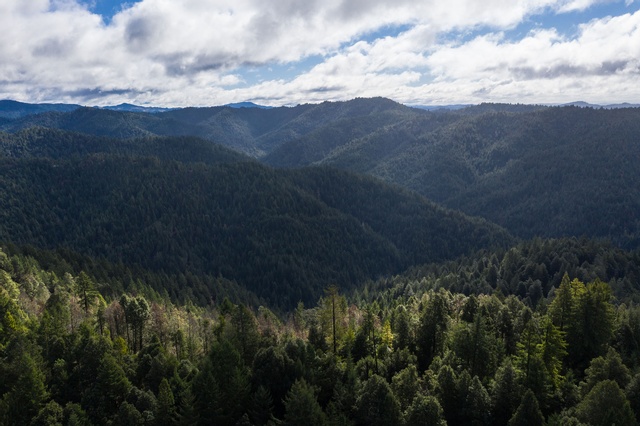 For a new docuseries, a gonzo journalist plunged into California's Emerald Triangle to investigate rumors that three cannabis-farm workers were killed by Sasquatch. He doesn't find the mythical forest monster, but he does encounter a genuinely frightening underworld, "peopled by both affable eccentrics and humorless lifers glaring with the capacity for violence." SFGate.com | The Guardian

Jake Larson, a 98-year-old man in the Bay Area, lost his wife to cancer in 1991. His granddaughter recently surprised him with an animated picture of his late wife when she was young. Posted on TikTok, the video of his reaction has been viewed millions of times. "Look at that smile," he says, tearing up. "I can't believe it. It's her. This past November 23 we would have been married 75 years. And I still love her." @storytimewithpapajake 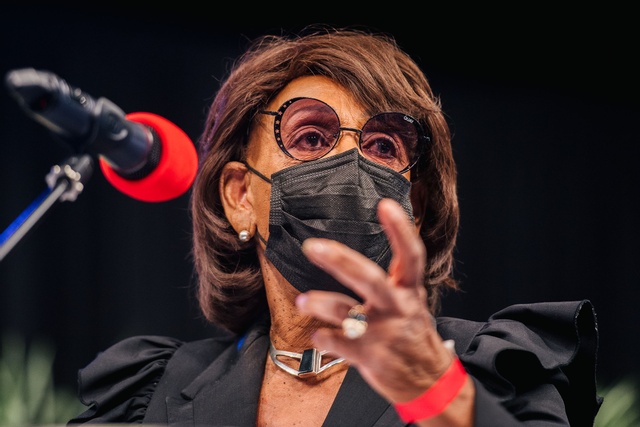 Rep. Maxine Waters, of Los Angeles, was fiercely criticized by Republicans after she told protesters in Minnesota that, if Derek Chauvin is found not guilty, "we’ve got to get more confrontational." House Minority Leader Kevin McCarthy accused her of inciting violence and vowed to introduce a censure resolution. Speaker Pelosi said Waters had nothing to apologize for. The judge in the case said the comments could lead to a verdict being appealed and overturned. Politico | The Hill

When 18-year-old Jacob Cruz died fighting the Imperial Japanese Army in 1943, his family in Boyle Heights waited for his body to be returned. Weeks turned into months, then years. The military finally admitted that they couldn't find his body. Then, in April of last year, Jacob's surviving siblings got shocking news. Here's the beautifully written story of how the remains of a World War II hero, lost for decades, finally came home. L.A. Times 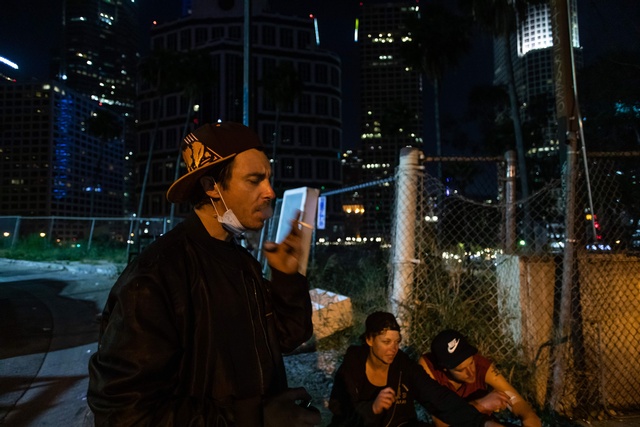 Robert King Geiser, left, smoked a cigarette near his tent next to the 110 Freeway in Los Angeles.

Delivering a state of the city address Monday, Mayor Eric Garcetti of Los Angeles vowed to spend nearly $1 billion to combat homelessness, part of what he called a “justice budget.” The blueprint represents a sevenfold increase from the amount allotted in the mayor's 2016 budget, which was itself a massive increase from the prior year. Also planned: A basic income program that would give $1,000 a month to 2,000 families for a year — no strings attached. L.A. Times | A.P.

When San Francisco trembled for 42 seconds on April 18, 1906, nearly two decades had passed since George Eastman introduced his first Kodak camera. In the days that followed the great earthquake, so many photographers choked the streets that a local newsman remarked: “Never since cameras were first invented has there been such a large number in use at any other place as there has been in San Francisco.”

The disaster, historians say, became the most photographed of any event up to its time. Of all the images, perhaps the most striking was captured by George Lawrence, a commercial photographer and tinkerer from Chicago.

Sensing opportunity, Lawrence hustled to San Francisco upon news of the quake, arriving nearly six weeks later. By then, days of fires had compounded the tragedy, leaving roughly 80% of the city in ruins and more than 3,000 people dead.

Lawrence set himself an ambitious goal: to capture the totality of destruction in a single image. 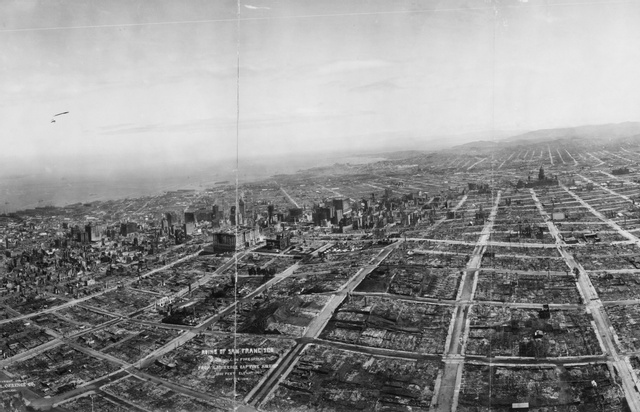 A detail from another photo in Lawrence's "San Francisco in Ruins" series.

At the time, aerial photography was in its nascent stages, and Lawrence was a pioneer. Using an elaborate rig of kites and weights, he flew a 50-pound camera some 2,000 feet above the San Francisco waterfront and pointed it toward the prostrate city. To trip the shutter, he sent an electrical current from the ground along an insulated wire.

The resulting image, seared onto a massive 4-foot wide plate and titled "San Francisco in Ruins," was a sensation, offering a crisp 160-degree panorama of one of the world's most vibrant cities reduced to smoldering ruins.

Lawrence's panoramas — he captured three altogether — became an invaluable part of San Francisco's visual history. They also vindicated his bet that there was money to be made from what amounted to a prototype for the modern drone camera. People around the world paid $125 each for prints of the waterfront panorama, generating roughly $15,000 in sales. That amounts to roughy $440,000 in today's dollars.

See a larger version of "San Francisco in Ruins." 👉 LOC.gov