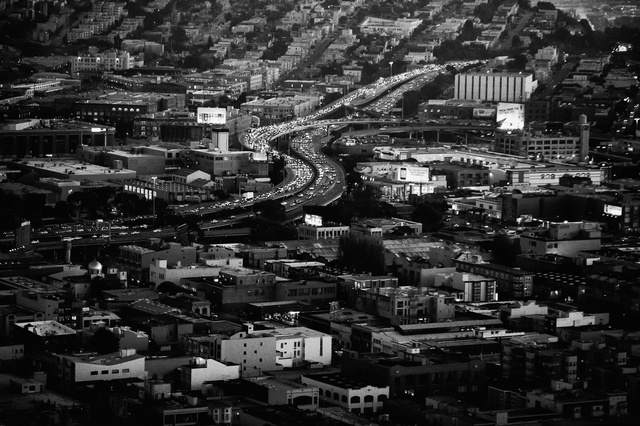 Many Bay Area workers are weighing whether they'll return to their commutes.

Commuter traffic in the Bay Area plummeted by more than 60% last spring and has remained down by about half. The Mercury News talked to remote workers who may be unwilling to return to their grueling daily commutes. Dallas Hartwell, a Vacaville teacher, said the time he's had with his 2-year-old over the last year has been a gift. "It made me realize how much I missed out,” he said. 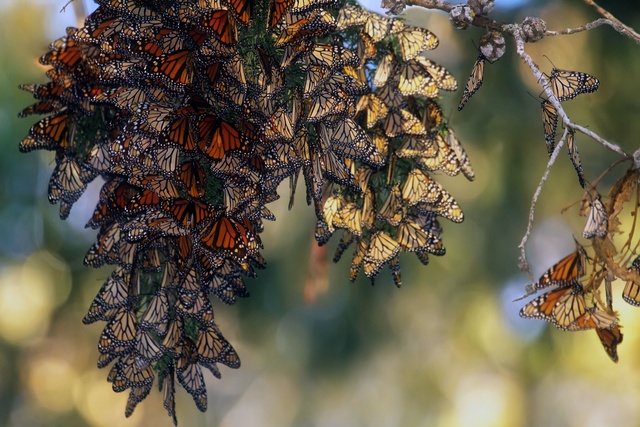 It's not just the monarchs. A new study found that the populations of a majority of 450 butterfly species are dropping across the American West. Scientists have long known that development and pesticides have culled butterfly numbers. But it's rising temperatures that explain the vast breadth of the die-off, they say. “It has to be something geographically pervasive,” a biology professor said. Washington Post | S.F. Chronicle

New satellite imagery revealed that Northern California's kelp forests, in many ways as important to the ocean as trees are to the land, have declined by about 95% in the last eight years. "Basically there is no kelp forest at all left, really,” a researcher said. Scientists have blamed an explosion of kelp-eating purple urchins. And again, climate change is said to have played a role. S.F. Chronicle | A.P. 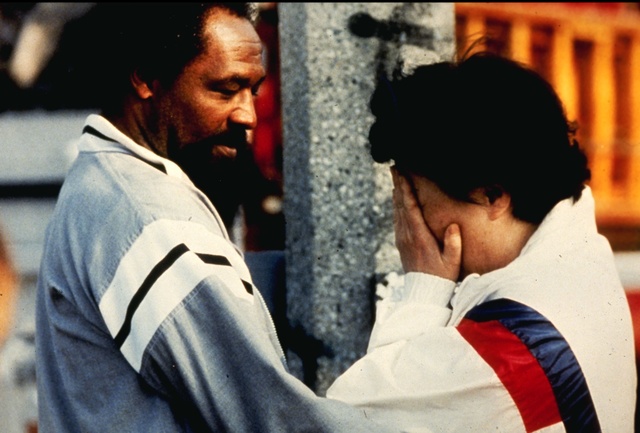 A man comforted a Korean store owner after her business was destroyed in Los Angeles on April 30, 1992.

Jay Caspian Kang wrote a smart column that takes on difficult questions around anti-Asian violence. He opens with the 1992 Los Angeles riots, when more than 2,000 Korean stores were looted or burned, then connects it to recent attacks against Asian Americans in the Bay Area. "The answers to the question ‘Why does nobody care?’ has unearthed a series of contradictions that always lurked right beneath the surface, unmentioned in polite company: We are not white, but do we count as ‘people of color'?" N.Y. Times 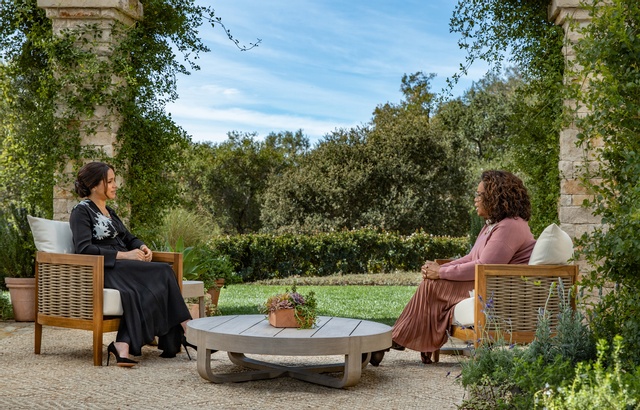 Three memorable moments from Oprah Winfrey's interview with Harry and Meghan, the Duke and Duchess of Sussex:

On March 8, 1971, a group of eight antiwar activists broke into an FBI office near Philadelphia. The documents they leaked to the press helped exposed a secret FBI program that spied on activists, students, and Black Panthers. J. Edgar Hoover was infuriated, but no one was ever caught. One of the bandits, a psychologist who settled in San Rafael, kept his secret for 50 years. Until now. S.F. Chronicle 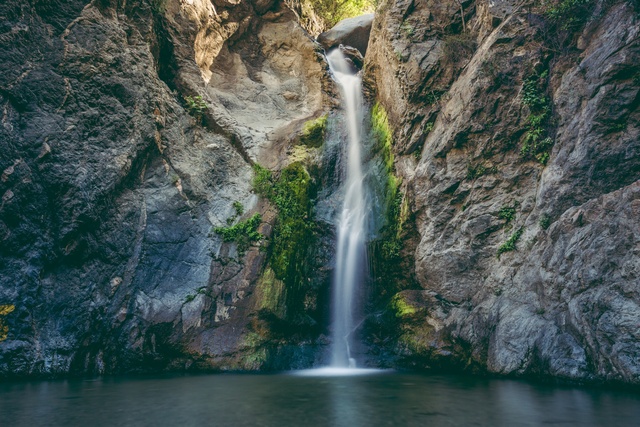 A popular hike in Eaton Canyon leads to a waterfall.

A man says he spent 589 consecutive days picking up trash at Eaton Canyon, a popular preserve in the San Gabriel Mountains. On Friday, he declared it 100% free of municipal waste. Edgar McGregor, a 20-year-old college student from Pasadena, said he was motivated by a sense of civic duty, though he expected the project to take weeks, not months. A social media post celebrating McGregor's accomplishment has been shared around the world. LAist | KTLA

California, nearing the end of a lackluster rainy season, will get some relief as a storm pushes across much of the state from Monday into Wednesday, forecasters said. San Francisco and Los Angeles were both expected to get about half an inch of rain. Elevations above 4,500 feet could get as much as a foot of snow. As of early March, 91% of California was gripped by drought. Latest snowpack reading: 57% of normal. Weather Channel | L.A. Times 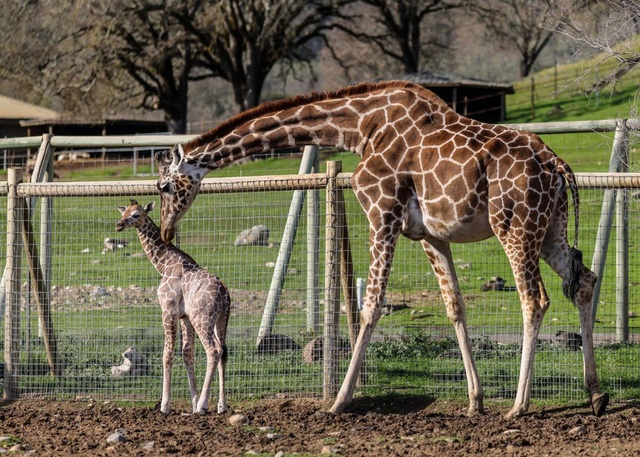 Ollie is the latest addition at Safari West north of Santa Rosa.

Some animal news from around the state: 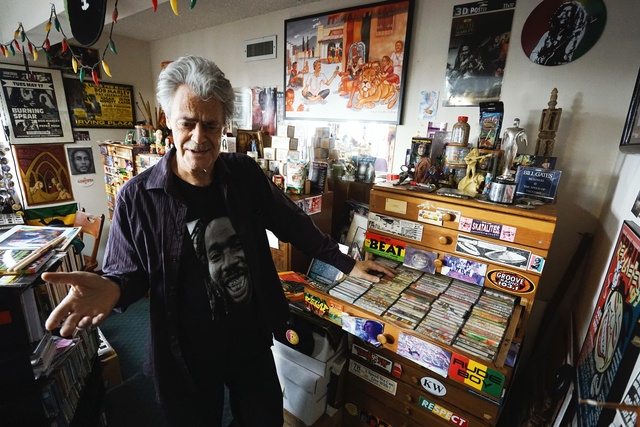 Roger Steffens at his home in Los Angeles in 2015.

… Roger Steffens, a photographer, author, and reggae archivist. His most recent books are a compendium of 50 years of California photography, "The Family Acid: California," and “So Much Things to Say: The Oral History of Bob Marley.” Much of his photography can be found on Instagram at @thefamilyacid.

A. The top of Mount Tamalpais. The ineffable vistas of the bay, the Pacific, and the mountains, from a peak the Indians held sacred. No one is unmoved by a walk around the summit. It's the main reason I moved to California after I returned from 26 months in the Army in 'Nam. I had been to Tam the night before I shipped to war in '67 and vowed if I made it through alive, I'd move to the Bay Area and visit Tam regularly. I still do, every chance I get.

"The Overstory," by Richard Powers. We are a state of trees, and this book tells why we should take notice; poetic and urgent.

What’s a hidden food gem in your part of California?

My two favorite restaurants, Sompun Thai and Paru's South Indian, have both disappeared after decades and near weekly outings, and I've yet to find a "must go" replacement. Canter's Thanksgiving dinner always satisfies, but it's far from "hidden."

Timothy Leary, Waldo Salt, and Amie Hill. Leary for obvious reasons, tour guide to the sublime; Waldo (Oscar-winning radical leftist screenwriter of "Midnight Cowboy" and "Coming Home") for his wisdom and eloquent take on life and The Struggle, plus his love of acid; and Amie, the Queen of the Haight, for her spiritual beauty, her calm, loving overstanding of how t'ings a gwann, the epitome of all that is true and beautiful in California Hip Culture. I would get the conversation started by asking, "Ok, who's holding?"

What's your favorite place in California to roam around with a camera, and why? Or if you have several, please list those!

Urbanly, searching the sometimes hidden street art in Echo Park and in the Melrose Avenue area, constantly evolving. Some of the most gorgeous pieces last mere days, so it's important to never leave home without your camera.

For scenery it's a tossup between Big Sur and my favorite of all California's back roads, Route 128, meandering to the ocean in Mendocino County. It's got everything — including a symphonic conclusion that thrusts you among magnificent stands of redwoods into a riverside introduction to the raging Pacific.

Also Highway One from Marin to Fort Bragg is the breathtaking equal to Big Sur. Now that that part of the fabled highway has collapsed again, perhaps people will discover the riches of the coast north from San Francisco.

An item in Friday's newsletter mischaracterized Alexander Shulgin's role in pioneering MDMA. He is credited with introducing the drug to psychotherapists in the 1970s, but he was not the first to synthesize it.