Good morning. It's Tuesday, May 7. 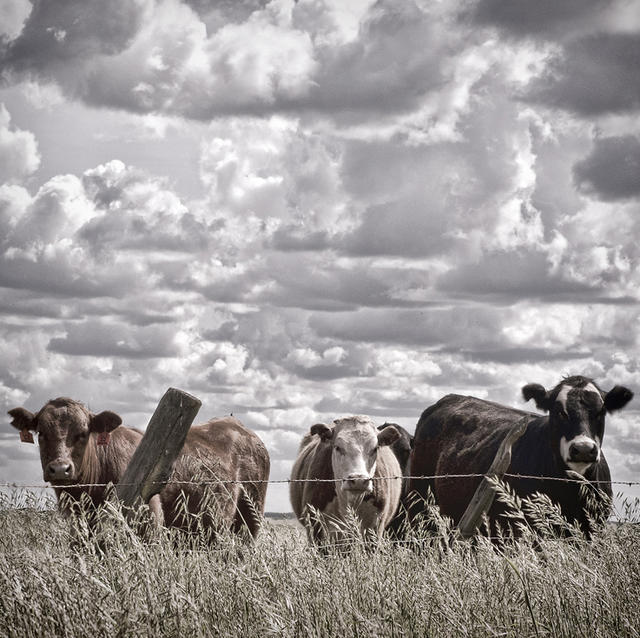 Bovine burping, believe it or not, is a significant contributor to greenhouse gas emissions. That has California's livestock industry — which includes nearly 2 million cows — under pressure to do something about it. But science may come to the rescue. Researchers have discovered that a type of seaweed dramatically cuts the methane emitted by cows. "Every time I talk about it, I get goosebumps," a marine ecologist said.

California has been largely spared amid a nationwide measles outbreak — but it could have been much worse. For years, the state's vaccination rates hovered below the roughly 95 percent needed to ensure herd immunity. Then, in 2014, a measles outbreak traced to a Disneyland visitor triggered tougher rules that sent vaccination rates climbing. Here's a great explainer. 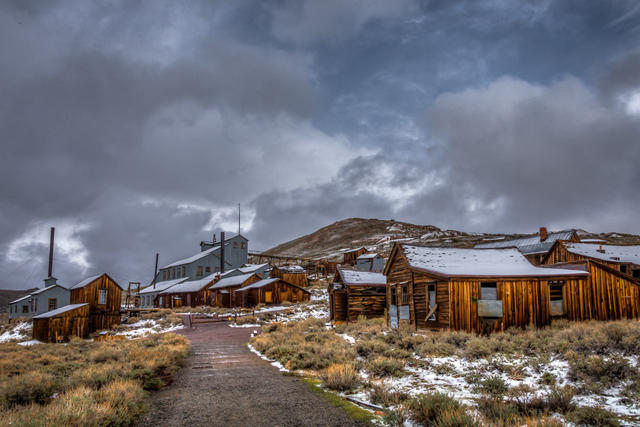 Bodie, California's most famous ghost town, closes through the winter months. But a hardy skeleton crew remains on site. Job No. 1: deterring thieves. "If no one was up here for winter," one off-season ranger said, "I genuinely believe we'd be looted." 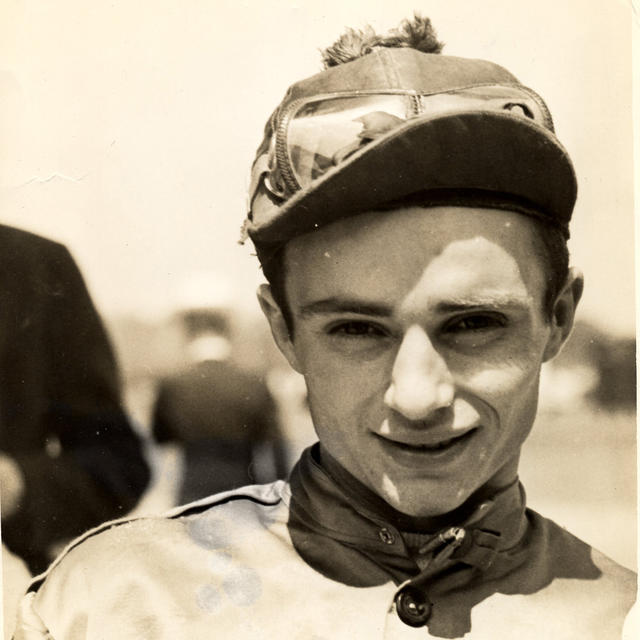 It was on this week in 1936 that a formerly "dead" jockey won a racing competition at a California track.

Let me explain. Ralph Neves, 19, was racing at Bay Meadows Racecourse in San Mateo when he was thrown from his mount and then trampled by several horses.

The track physician, finding the jockey's body limp and his pulse gone, pronounced him dead. An announcer delivered the news to a stunned crowd and a moment of silence was held.

Accounts of what happened next vary, but at some point a physician, in a last-ditch effort, gave Neves a shot of adrenaline to the heart. He woke up — and demanded to be allowed to ride the rest of his races. The stewards refused, and Neves spent the night under medical observation.

The S.F. Examiner carried the headline: "Neves, Called Dead in Fall, Denies It."

The next day, Neves was back at the track, where he competed in five races. He didn't win any, but he collected enough second- and third-place finishes to capture the overall riding title, which included a gold watch delivered by Bing Crosby.

Neves went on to be one of the great jockeys of the 20th century, winning more than 3,700 races and earning a place in the Racing Hall of Fame. He died in San Marcos in 1995 at the age of 78.

A few weeks ago, the provost of Stanford University — one of the world's wealthiest educational institutions — floated a plan among department heads to end funding for the 125-year-old Stanford University Press. When word got out, scholars howled in protest. The provost pleaded austerity. But the publishing arm's annual subsidy — $1.7 million — amounts to scarcely more than the Stanford football coach's 2015 raise.

The Nation | Inside Higher Ed 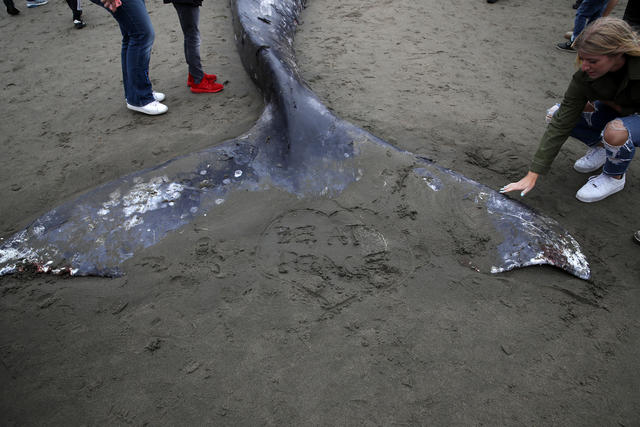 A gray whale washed up onto San Francisco's Ocean Beach on Monday.

Nine gray whales have washed up onto Bay Area shores in the past two months. A scientist called the deaths — largely attributed to ship strikes and malnutrition — "a cause for serious concern." Gray whales migrating between Alaska and Baja California have presented poor body conditions this year, possibly linked to abnormal ocean conditions, biologists said. Mercury News | S.F. Chronicle

Red-legged frogs made famous by Mark Twain are thriving in Yosemite Valley after a decades-long absence. A.P. | Fresno Bee

Oakland has some of the worst roads in the country. That's why two anonymous Oakland residents decided to go rogue. Dubbing themselves the "Pothole Vigilantes," they have been going around the city and patching up potholes under the cover of night and posting the results on Instagram. City officials don't approve. SFGate.com | KRON

Separately, a 66-year-old military veteran took it upon himself to clear up overgrown paths at a park in Santa Rosa. "It does me good," he said. Press Democrat

Three members of a family were killed as they slept when a driver crashed his pickup truck into their trailer home in the farming community of Knights Landing near Sacramento. The motorist, Ismael Huazo-Jardinez, was arrested on suspicion of drunk driving, the authorities said. The victims were a 38-year-old man, a 34-year-old woman, and a 10-year-old boy. The family's 11-year-old daughter survived with serious injuries. 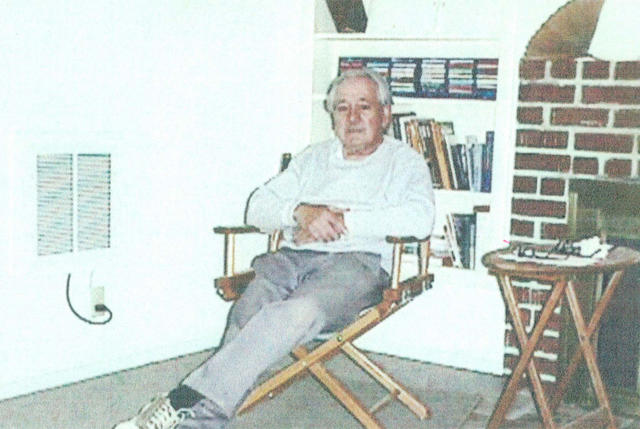 Eugene Brown at his home.

"The mystery of the millionaire hermit."

Eugene Brown lived in a small white house in Corning, about 115 miles north of Sacramento. He was found dead on his bathroom floor after suffering a stroke. Investigators found among his possessions a foam bedroll tucked into the corner of a room in lieu of a bed. A recluse, Brown had spent years scrimping and saving, dying with about $2.7 million to his name. Yet, mystifyingly, he left no will. 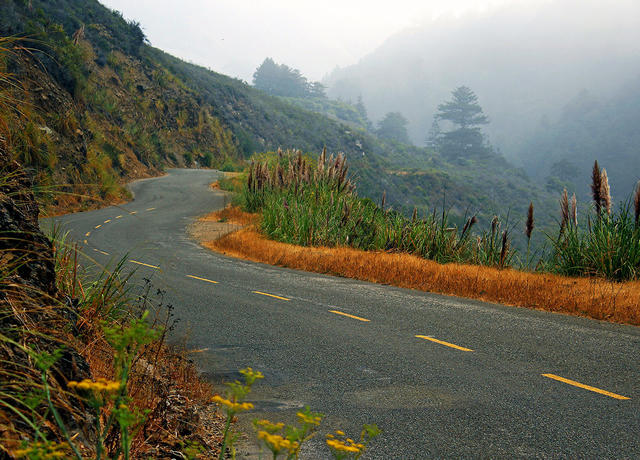 Nacimiento-Fergusson Road is not for the faint of heart.

Nacimiento-Fergusson Road is one of California's most spectacular drives. The narrow, east-west highway is a back door to Big Sur, zig-zagging for 24 miles across Central California's forested Santa Lucia Range. "It'll quicken your pulse, drop your jaw, and demand your full attention," wrote the L.A. Times's Christopher Reynolds. 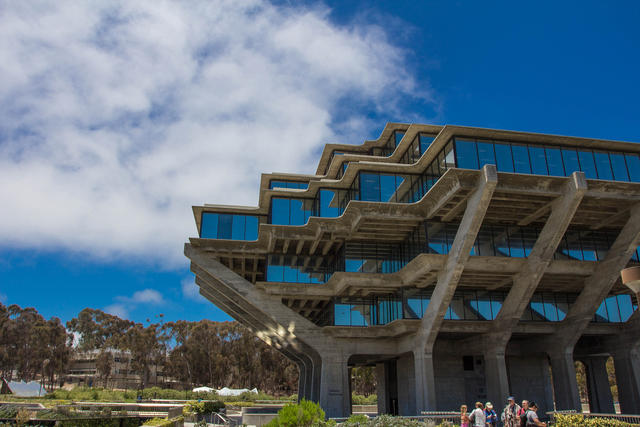 A 2017 survey found that 44 percent of undergraduates struggle with food insecurity across the University of California system. As a result, U.C. San Diego has started notifying students through its app when social events on campus have leftover food. "We've had 50 to 75 students show up within just a few minutes of receiving the notifications," a campus official said.

Five people have now accused a popular Bakersfield priest of abuse. A victims advocacy group said it had been contacted by five men who gave similar accounts of being sexually abused by Monsignor Craig Harrison when they were boys. Hundreds of parishioners gathered in church last week in a show of support for Harrison, an act denounced by critics as uncaring to alleged victims.

In the 1980s, the Augustine Band of Cahuilla Indians had dwindled to one member. Now it has 12, who operate a solar farm and a popular casino that has become one of Coachella's largest employers. Here's the story of how one of America’s smallest Native American tribes bounced back from the brink of dying out. 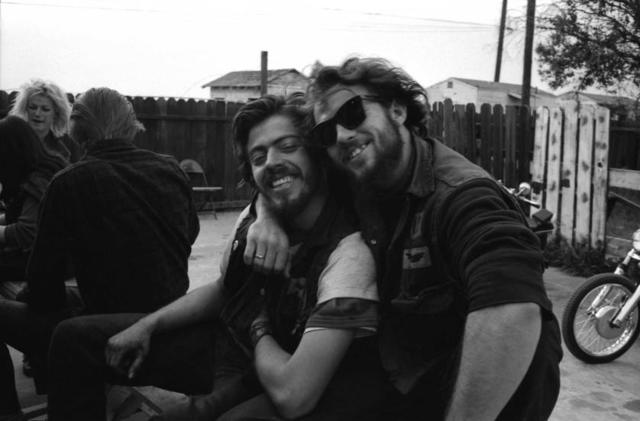 Two Hells Angels clowned for Bill Ray on a stop between San Bernardino and Bakersfield in 1965.

In 1965, a LIFE photographer and writer spent several weeks hanging out with the San Bernardino chapter of the Hells Angels. Founded in Fontana in 1948, the Angels were a shock to polite American society. "This was a new breed of rebel," the photographer, Bill Ray, said. "They didn't have jobs. They absolutely despised everything that most Americans value and strive for — stability, security."

According to Ray, LIFE's managing editor ultimately spiked the story, saying he didn't want to run a piece on "those smelly bastards." Here's a collection of the pictures.

Listen and subscribe to the California Sun Podcast, conversations with the Golden State's most fascinating personalities. On the most recent episode: Silicon Valley historian Leslie Berlin.