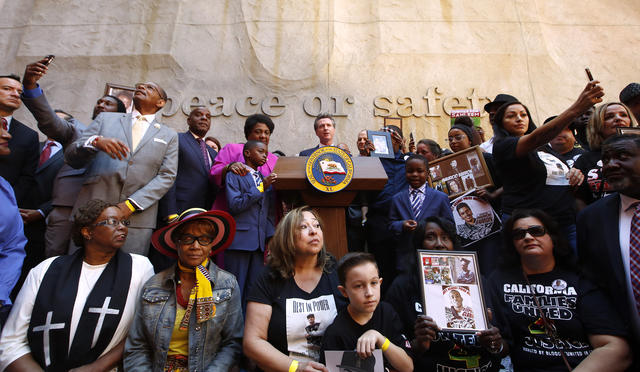 Supporters surrounded Gov. Gavin Newsom during a signing ceremony in Sacramento on Monday.

California adopted one of the strictest rules in the country about when law enforcement officers can kill. Starting Jan. 1, officers may resort to deadly force only when deemed "necessary" to avert an imminent threat, rather than the old standard of "reasonable." "We are doing something today that stretches the boundaries of possibility," Gov. Gavin Newsom said. Yet several police agencies said the law simply codified policies already in place. Sacramento Bee | NPR

Wildfires in California have been surprisingly mild this year — so far. The acreage burned as of Sunday is down 90 percent compared to the average over the past five years and down 95 percent from last year. Experts have cited wet winters and cooler-than-average temperatures. A.P. | Curbed San Francisco

California is using a novel approach in its war on wildfire: Deploying National Guard soldiers before the next disaster strikes, instead of after. Christian Science Monitor 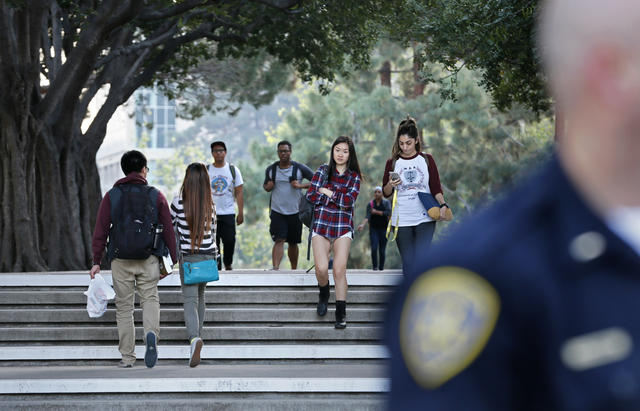 The best university in the nation? U.C. Irvine, according to 19,000 data points on cost and quality. Setting it apart was its support for first-generation college students. A 2017 analysis by the N.Y. Times found that Irvine, followed by several other U.C. campuses, did more than any other university to provide access for low- and middle-income students. Money 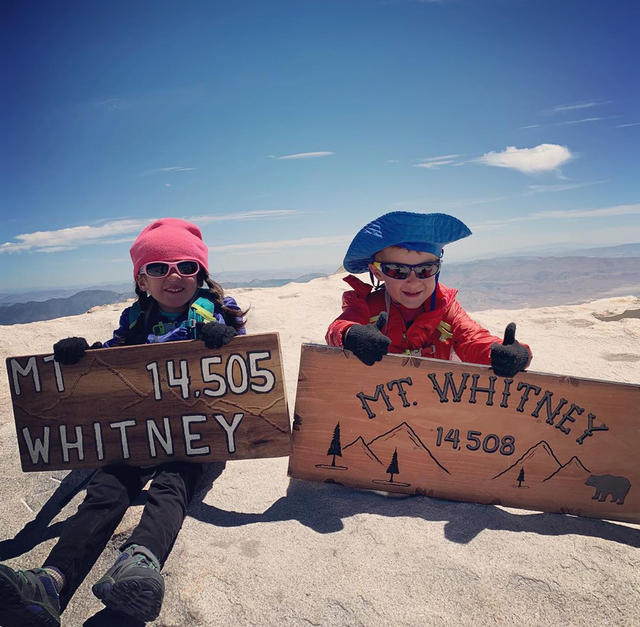 Mount Whitney was almost called "Fisherman's Peak." It was on this week in 1873 that three anglers from Lone Pine — Charley Begole, Johnny Lucas, and Al Johnson — completed the first recorded ascent of the Sierra Nevada summit, the highest peak in the lower 48 states. There was a push to change the name to "Fisherman's Peak," but the governor ultimately decided to keep the name of Josiah Whitney, the geologist who mapped the mountain a decade earlier. LonePinechamber.org

Berkeley made a big stir when it became the first American city to prohibit natural gas in newly constructed buildings. But it almost certainly won't be the last. San Jose, Santa Rosa, and Petaluma are among the Bay Area cities looking to draft similar natural gas restrictions as a way to meet climate goals. San Francisco is looking at phasing in limits gradually. S.F. Chronicle 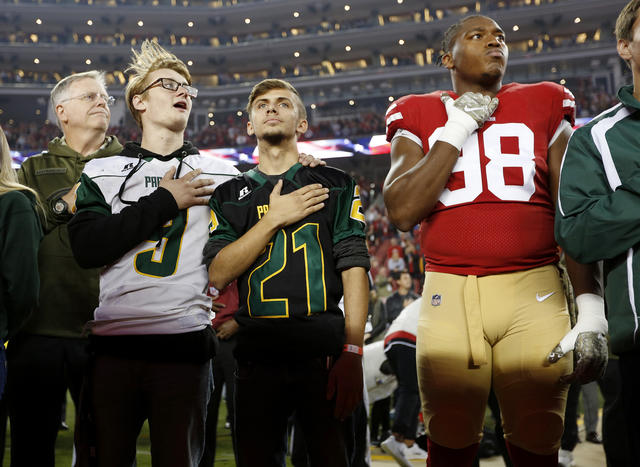 One player was cornered by the Camp Fire before driving himself through an inferno to safety. Another was told by his mother they were going to die. A third ran from the blaze carrying only his equipment bag. Nine months after the most destructive wildfire in California history, the Paradise Bobcats are starting an autumn training camp that is as much about healing as winning. L.A. Times 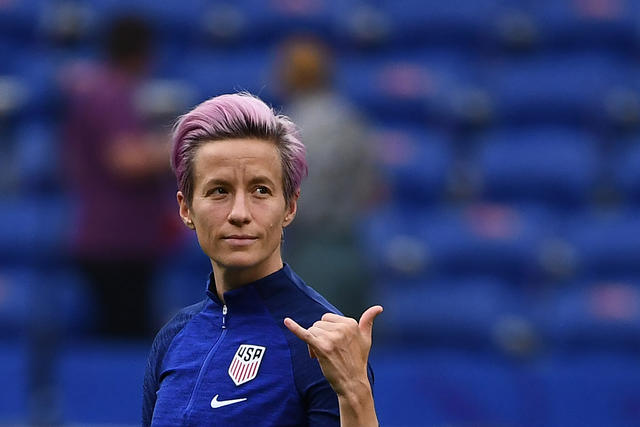 World Cup champion Megan Rapinoe has been outspoken about her dislike of President Trump.

Megan Rapinoe, soccer star and pride of Redding, opened up about family friction over her opposition to President Trump. She said she thinks her father voted for him. "I don't get it," she said. "How are you simultaneously as proud as punch of me and watching Fox News all the time, [when they are doing] takedowns of your daughter?" Washington Post | The Guardian

The regulatory heat on Silicon Valley is intensifying. Citing anonymous sources, the Wall Street Journal reported that as many as 20 states are preparing to move forward with a joint antitrust investigation of big technology companies, expected to include Google, Facebook, and Apple. At issue: Whether they are using their marketplace power to stifle competition. Wall Street Journal | CNET 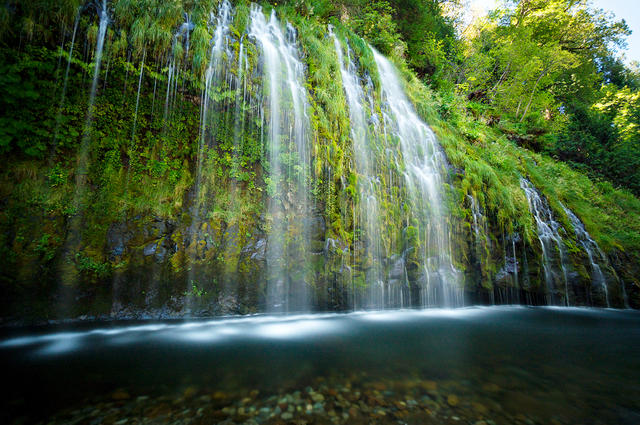 Here's Mossbrae Falls. Located in Northern California's Shasta-Cascade region, its spring-fed water seems to bleed out of a luxuriant moss-covered hillside. It's technically forbidden. An access trail cuts along an active railroad track. Even so, thousands of people each year take the risk. "It was the most beautiful experience of my life," a local official said of her first visit. Jefferson Public Radio | Outbound Collective

A legendary waterfall loop in the Shasta-Cascade region takes you to 13 epic falls in a single weekend. Active Norcal 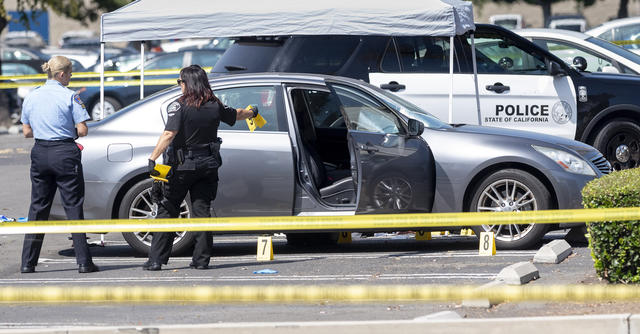 A retired Cal State Fullerton administrator was fatally stabbed in a campus parking lot on the first day of the school year. Steven Shek Keung Chan, 57, was found with multiple stab wounds inside his car. A backpack with an incendiary device was discovered beneath the vehicle. The police said the attacker, who was still at large, appeared to have targeted the victim. O.C. Register | A.P.

A 2018 video surfaced showing a group of Orange County teenagers giving Nazi salutes as a German World War II-era song plays in the background. The students were members of the Pacifica High School boys' water polo team. School administrators said they addressed the situation without giving details. In March, another group of Orange County teens faced discipline after photos showed them playing beer pong with cups arranged in the shape of a swastika. Daily Beast | O.C. Register 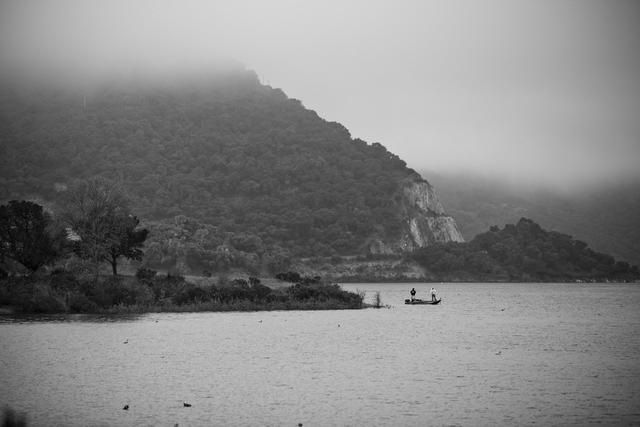 The Central Coast has been among California's most water-depleted regions. So county officials approved a plan to blast silver iodide from planes into clouds to make it rain over Lopez Lake. It's called cloud seeding, and whether it works remains a subject of debate. The Tribune

A judge overturned the Los Angeles County sheriff's decision to reinstate a deputy who had been fired over domestic violence accusations. Sheriff Alex Villanueva set off howls of protest when he rehired Caren Carl Mandoyan, who served as Villanueva's personal driver during his election campaign. "The sheriff's decision to overturn Mandoyan's discharge substantially erodes public trust and confidence in the county’s law enforcement agency," the judge wrote. L.A. Times | LAist 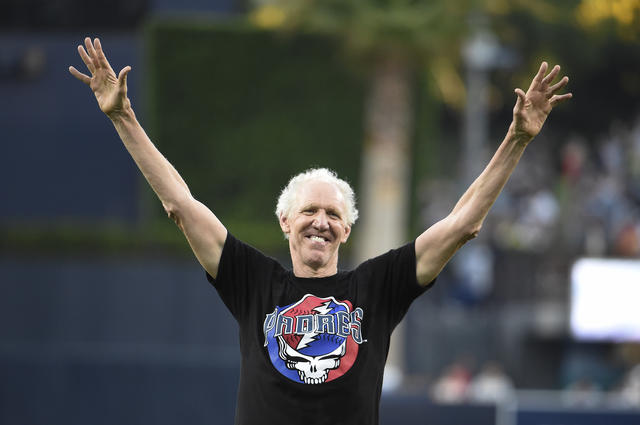 Bill Walton is a national treasure.

"Look at this! I love the colors. Rainbow is my favorite color."

"That's Trout? Swimming upstream, avoiding all the flies and sending one ricocheting through the universe!"

Those are just a few real quotes from Bill Walton, basketball legend and lovable San Diegan, as he provided guest analysis during an Angels-White Sox game last Friday. Highlights of his commentary have been lighting up social media. MLB.com | NBC Sports