Four more statues were toppled across California since Friday. In Golden Gate Park, a frenzied crowd brought down statues of Junipero Serra, Ulysses S. Grant, and Francis Scott Key. "Stolen land" and “Adios America” were scrawled on the pedestals. A nearby statue of Miguel de Cervantes was defaced with red paint.

In Los Angeles, cheers rose as indigenous activists pulled another Serra statue to the ground. The Franciscan priest has been a contentious figure for his role in suppressing indigenous cultures. The targeting of Grant, who briefly owned a slave but also sought freedom for black Americans, drew intense criticism online. So did the attack on Cervantes, a celebrated Spanish author who was himself kept as a slave, but reports were mixed about whether it was connected to the other acts of vandalism. S.F. Examiner | LAist 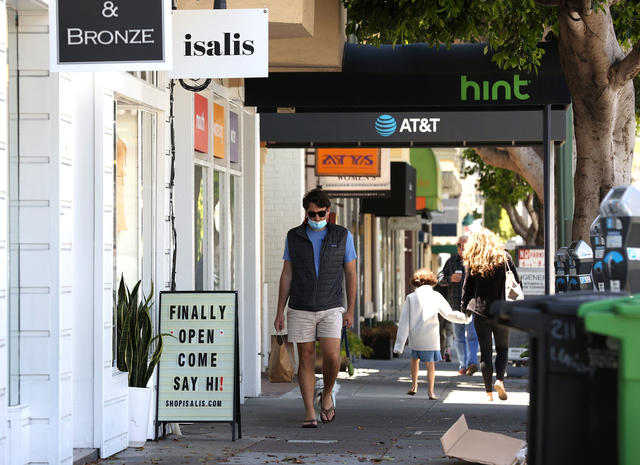 Sacramento, Contra Costa, and Orange counties all reported their highest one-day totals of new coronavirus cases over the weekend. Rising infection numbers have been attributed in part to increased testing. But hospitalizations are also surging. Statewide, the number of people hospitalized with Covid-19 reached its highest point on Saturday since the onset of the pandemic. S.F. Chronicle | CalMatters

The Trump administration has rolled back dozens of long-standing environmental protections. California has been fighting the changes in court, but it's also taking a new tack: Writing new protections into state law. Conservationists have celebrated new wetland rules, but critics say they'll raise costs sharply for small- and medium-sized businesses. CalMatters

☝️ This is how powerful those flame retardant drops are.

As part of a Cal Fire training video, an air tanker dropped 9,000 pounds of flame retardant on a helpless Ford Expedition, obliterating its roof. "The entirety of the training in this video is one loud-and-clear message," Jalopnik wrote. "Don’t be near this thing when it drops." Jalopnik | YouTube (~5:30 mins) 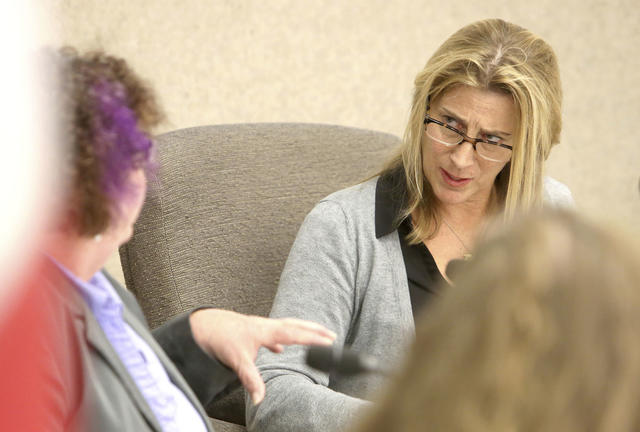 The mayor of Nevada City, a small town in the northern Sierra foothills, all but dared residents to flout Gov. Gavin Newsom's mask order. In a Facebook post, she said Newsom cannot make anyone wear a mask. "He is not a king; he doesn’t have that authority." The Union | SFGate.com

Healdsburg is a quintessential wine country town. After its mayor became embroiled in a controversy over police use of force and ultimately resigned, residents have doing been some soul-searching. The Press Democrat interviewed Black and Latino residents about their experiences. "People ask me if I live here all the time,” one said. "I wouldn’t raise kids here," said another. Press Democrat 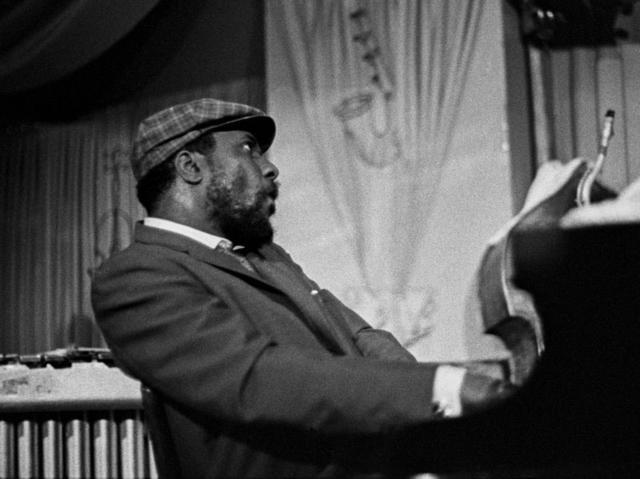 Thelonious Monk on the album cover for “Palo Alto.”

In 1968, a precocious high school student in Palo Alto reached out to Thelonious Monk's manager and somehow talked him into booking the jazz giant to play at his school. Tickets were $2. Now the unlikely concert is being released thanks to an audiophile janitor who made a recording with impressive clarity. The Chronicle called it "the most astounding jazz album of 2020." S.F. Chronicle | Jazzwise magazine

The mysterious deaths of more than 40 Californians are under scrutiny as officials investigate whether the coronavirus lurked in the state long before it was first detected. Some cases date back to December. Jeremiah DeLap died on Jan. 7 in Orange County. He thought he had food poisoning. Days later, he was found dead, drowned by fluid in his lungs. L.A. Times 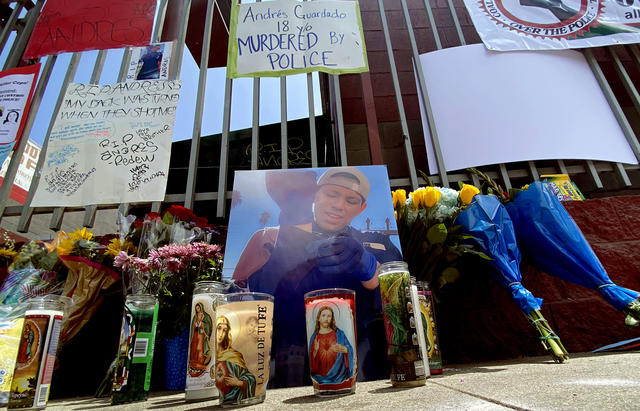 A makeshift memorial was left for Andres Guardado in Gardena on Friday.

Hundreds of protesters faced off with sheriff’s deputies in Compton on Sunday over the police killing of 18-year-old Andres Guardado three days earlier. Guardado was working as a security guard at an auto body shop at the time of the shooting. Deputies said they observed Guardado with a gun and shot him after he ran. Family members called it murder. Two lawmakers asked California’s Attorney General to investigate. L.A. Daily News | A.P.

On April 6, a Los Angeles nursing home kicked out an 88-year-old resident with dementia and deposited him in an unregulated boardinghouse without bothering to inform his family. Days later, RC Kendrick was found crumpled on a Koreatown sidewalk. According to medical workers, Kendrick's ouster came as the nursing home was trying to clear space for customers that would generate more revenue: patients with Covid-19. N.Y. Times

A sheriff’s office employee and an investigative assistant with the district attorney’s office in Ventura County were arrested after they were caught on video vandalizing a roadside Black Lives Matter sign in Thousand Oaks. Sheriff Bill Ayub said in a statement that he was "deeply disappointed." Ventura County Star | A.P. 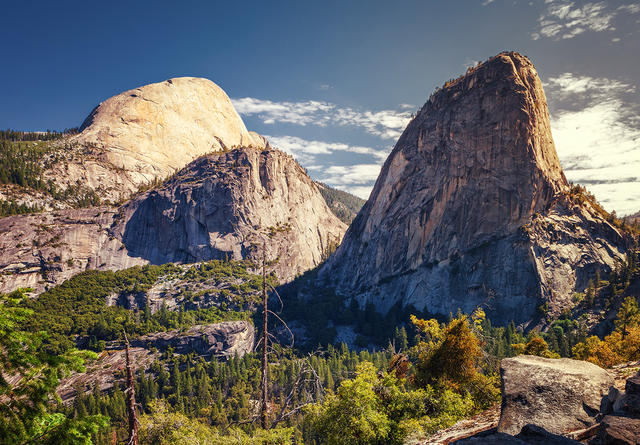 Liberty Cap and Half Dome tower over Yosemite’s Mist Trail.

1. The Mist Trail to Half Dome, Yosemite National Park

This popular trail — 14 miles out and back — begins near Happy Isles on the valley floor. Cross a footbridge and look up at Vernal Fall, a sight to see on the Merced River. Hike past Emerald Pool and make your way to the top of Nevada Falls. From here you are on level ground before you reach the sub dome and Half Dome’s cables. Climb the last 400 feet (permit required) and enjoy this majestic place as long as you dare before making the trip downhill, hopefully before dark. 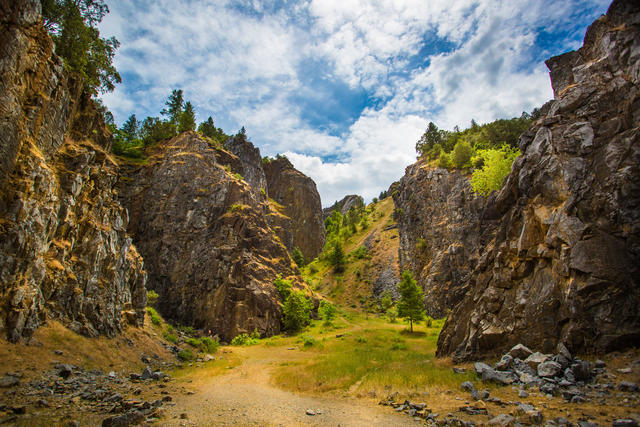 The rock walls at Auburn Quarry are popular with climbers.

Straddling both Placer and El Dorado counties, this area runs 40 miles along the north and middle forks of the American River. At the border between the two counties near Auburn is the confluence of the two rivers. On the El Dorado County side is Quarry Road Trail, my favorite hike, stretching 10 miles along the river. Hiking is just the beginning here — opportunities for mountain biking, river rafting, trail running, and rock climbing abound. 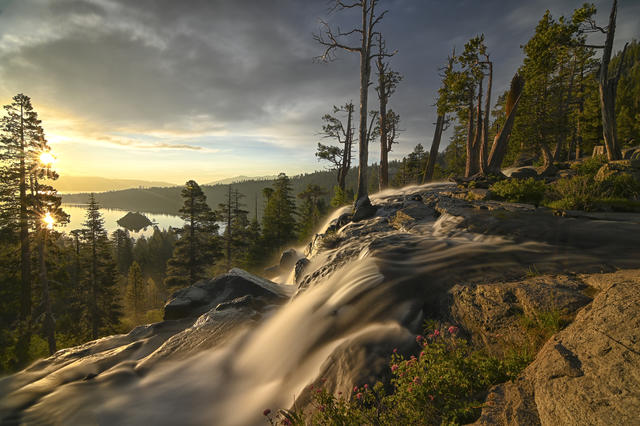 Eagle Falls in Desolation Wilderness is surrounded by breathtaking scenery.

This 4-mile hike at Lake Tahoe is a must-do. Start on the east side of Highway 89. Enjoy the view of Emerald Bay. A lovely stone bridge sits under the highway over a shallow pool. As the water pours into the pool it spills over the edge into Lake Tahoe. Back across the highway to the Eagle Falls Trail you climb stone steps up to an amazing view of the bay. Continue back to Eagle Lake surrounded by mountains and enjoy. 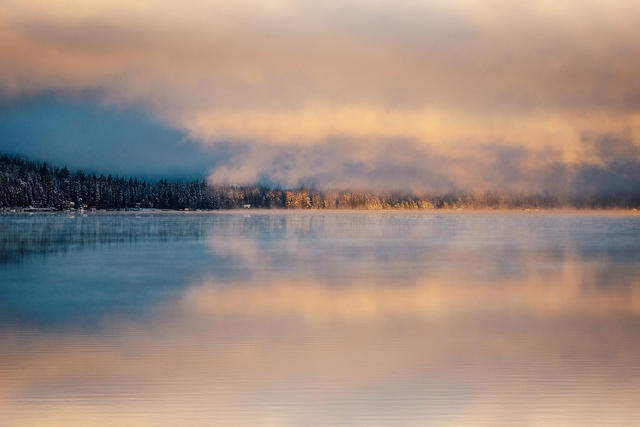 Donner Lake is nestled below Mount Judah in the Tahoe Sierra.

This destination near Truckee is the place to go to escape the heat of the Sacramento Valley in summer. The wildflower gardens are lush, and patches of snow can still be found in mid-July. The Pacific Crest Trail can be accessed here; the 5-mile moderate hike is everything I love about hiking. 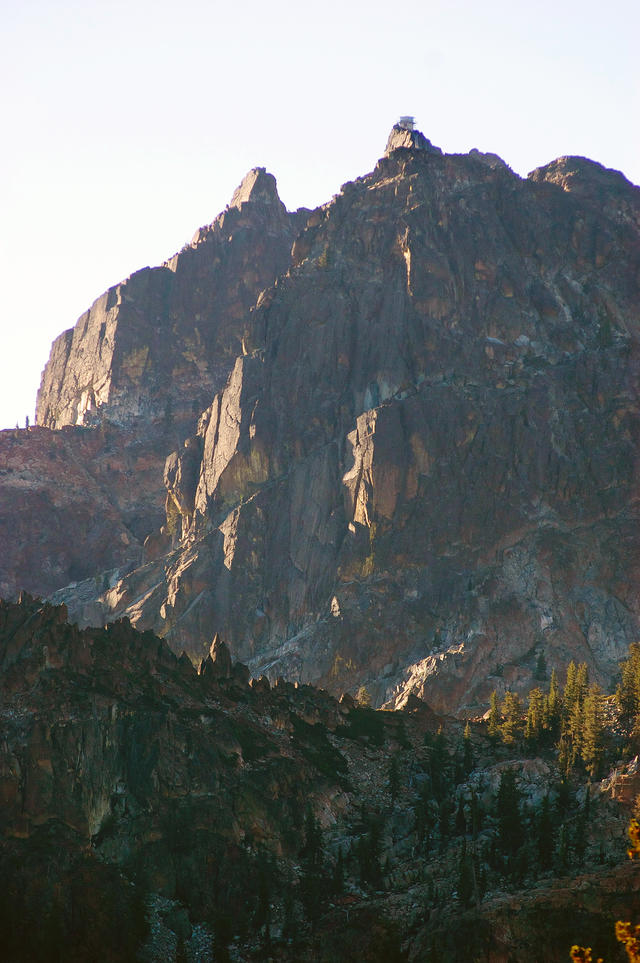 Built by the Forest Service in 1915, this former lookout tower now offers hikers some of the most spectacular views in the northern Sierra. A 6-mile out-and-back trail to the tower is mostly uphill. A short but flat forested area will help you catch your breath before heading up the steeper part of the trail and up the stairs to the lookout tower, with the 360-degree panoramic views of lakes, mountains, and the Sacramento Valley.