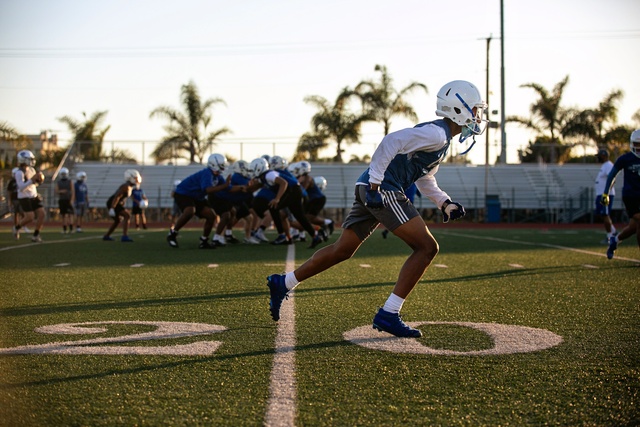 California is expected to get 1.1 million doses of the new Johnson & Johnson vaccine over the next three weeks. The addition of a third coronavirus vaccine comes as state officials pursue a target of up to 4 million immunizations a week, up from a current pace of roughly 1.4 million a week. The Johnson & Johnson vaccine also offers another advantage: While slightly less effective, it requires only one shot, making it preferable for hard-to-reach populations. Mercury News | S.F. Chronicle

15.6% of Californians have now gotten at least one dose. More vaccination numbers. 👉 Covid19.ca.gov

Elderly Californians who have gotten coveted second shots of a vaccine have been celebrating a newfound freedom. At a retirement community in Palo Alto, mariachi musicians and belly dancers were invited to perform. “Free again!" said Judy Kligler, 88, toasting friends she'd barely seen since in a year. Jackie Hamburg, 75, said she started a "hug card." "I already have three people scheduled for hugs on March 1.” Mercury News 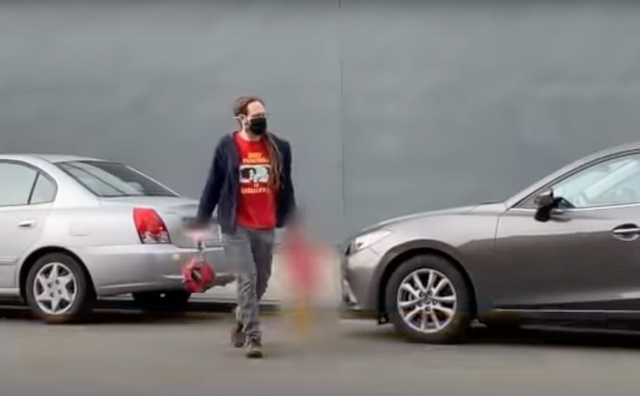 The president of Berkeley's teachers union, Matt Meyer, is being accused of hypocrisy after he was filmed dropping his daughter off at an in-person preschool. Meyer pushed for a deal in Berkeley that keeps preschoolers and other students at home until March 29. The video was captured by a group calling themselves "Guerilla Momz." Meyer accused them of invading his daughter's privacy. KQED

Gone is the fear of being politically incorrect. Parents are protesting over school closures with a fury rare in a blue state. Politico 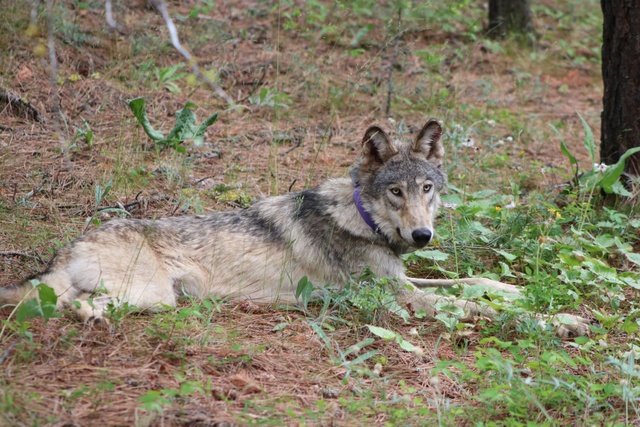 OR-93, pictured above, was seen near Yosemite.

"Another beacon of hope."

A gray wolf was detected last week near Yosemite National Park, the furthest south a wolf has been spotted in California in a century. The young male, a member of an Oregon pack, is believed to be searching for a mate. Wolves once roamed California from San Diego to Shasta County before being decimated by hunting and encroachment. Biologists hope they'll repopulate prime wolf habitat in the Sierra. Record-Searchlight | SFGate.com 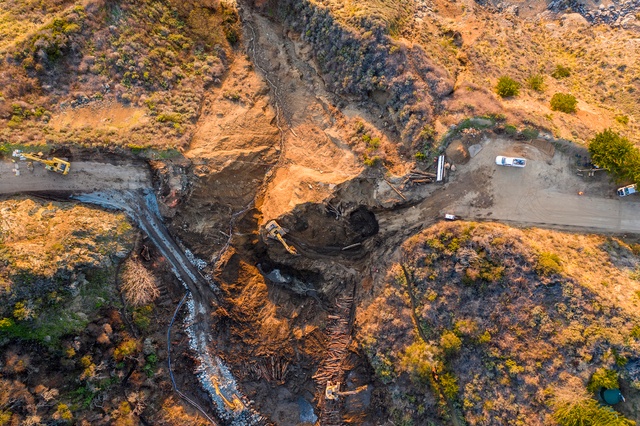 Crews dug out debris from a washed out section of Highway 1 in Big Sur on Feb. 10.

California's Highway 1 is both triumph and folly. Along its midsection, it clings to the sheer cliffs of the Big Sur coast, where landslides are a matter of “when,” not “if.” The latest, in January, washed away a 150-foot section, creating an isolation will take months to end. If it were any other road, the constant repairs might be deemed fiscally irresponsible, wrote the Washington Post in a beautifully done report. "But it is not any other road." 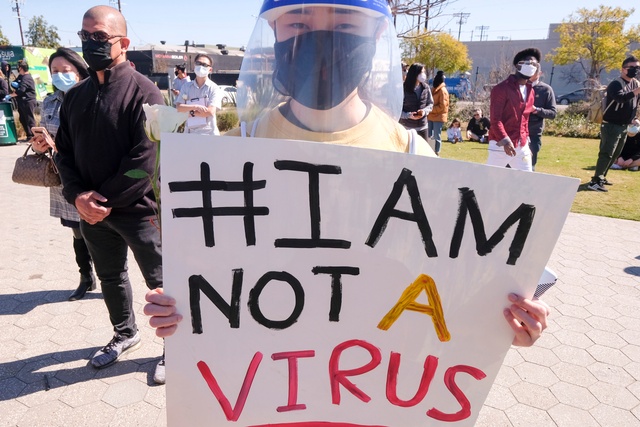 Three reports examined fears of anti-Asian violence in the Bay Area and beyond:

An evangelical church's plan to move into Fresno's Tower Theatre, a pillar of the city's most bohemian neighborhood, has divided residents. Church leaders say they're being tarred as intolerant interlopers. An opponent likened the group buying the theater “to the Republican Party buying the Castro Theatre in San Francisco and transforming it into an indoor shooting range.” L.A. Times 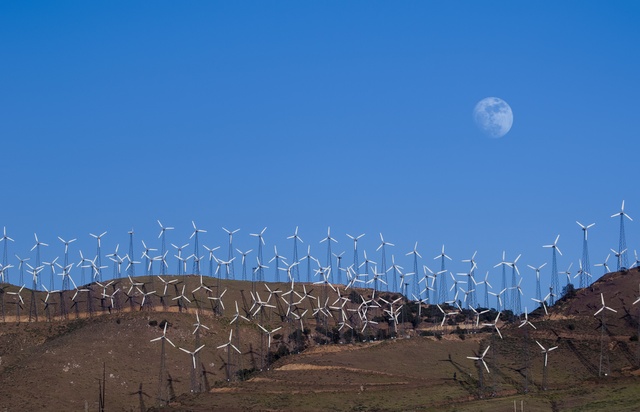 The wind turbines of the Tehachapi range are a death trap for birds.

Thousands of wind turbines in the Tehachapi Mountains haven't yet killed any California condors. But as the endangered bird's numbers grow, a mortal collision is considered an inevitability. So a wind energy company is taking the unusual step of creating a condor breeding program. Environmentalists are reluctantly supporting the effort. Raising condors then releasing them into danger is not ideal, said one conservationist. “But it is also tough to pinpoint a better alternative.” L.A. Times | A.P. 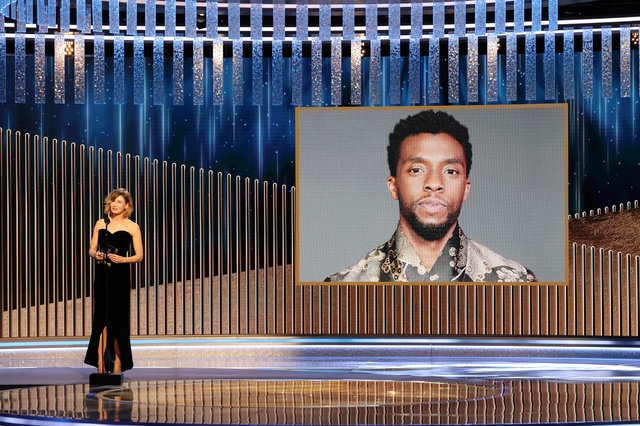 “Nomadland,” “Borat Subsequent Moviefilm,” “The Crown,” and “Schitt’s Creek” were the big winners at a Golden Globes on Sunday that served as part apology tour over the lack of black members in its voting body. By several accounts, two moments stood out:

… Wendy Liu, a developer and writer in San Francisco. Her 2020 book “Abolish Silicon Valley” is a critique of the tech industry’s failure to serve a greater good.

What is one place everyone should visit in California?

I’ve only lived in California for less than three years, so take my answer with a grain of salt, but the experience I most associate with California — and which made me fall in love with the state when I first visited as a kid — is that of driving along Highway 1. My favorite part is a stretch near Muir Woods, where the road dips and sways through grassy hills before turning into view of the glorious ocean.

Best book: I just finished “Voices From The Valley: Tech Workers Talk about What They Do — And How They Do It,” which is a modern take on Studs Terkel’s 1974 classic. It’s an excellent short book of interviews with tech workers of all kinds, from software engineers to cafeteria workers to massage therapists. My only complaint is that I wish it had been longer.

Best podcast: I listen to way too many podcasts, so it’s hard to pick just one! But if I had to recommend one particular episode, it would be The Dig’s interview with political theorist Wendy Brown about her new book, "In the Ruins of Neoliberalism."

Rhea’s Deli on Valencia Street. Their sandwiches are to die for — I don’t understand how they aren’t more expensive. The Korean steak sandwich is particularly good, but tends to sell out quickly; the Hemingway sandwich is my go-to. Perfect for eating in a nearby park.

My dream dinner party guests: Mike Davis, a historian based in Southern California with a seemingly encyclopedic knowledge of California’s radical history. Ursula K. Le Guin, sadly no longer with us, a Berkeley-born science fiction writer who not only recognized the moral decay of our socioeconomic order, but used her work to envision alternatives. And Angela Davis, political activist and social theorist whose work on the punitive aspects of capitalism never fails to dazzle me with its analytical rigor and moral clarity. As for getting the conversation started, well, what else is there to talk about except the dreadfulness of our current socioeconomic hellscape? Perhaps somewhat bleak as far as dinner party conversations go, but it’s what the moment deserves.

"Abolish Silicon Valley" was written before the pandemic made us more reliant on technology. Some tech companies have done exceptionally well as many Americans have lost jobs in the last year; social media platforms have been arguably late to reckon with the spread of misinformation and hate speech. Have the ideas in your book changed as these developments have unfolded?

I have definitely not turned away from the ideas I explore in the book. If anything, I feel like they’re even more relevant now that the pandemic has effectively accelerated capitalism’s deadliest tendencies. My goal with the book was to situate what we think of as the “tech industry” within the context of a larger system driven by the needs of capital. In that regard, the economic effects of the pandemic — tech billionaires amassing wealth while others suffer; tech corporations’ creeping control over societal infrastructure — are infuriating, but not surprising; this is just how capitalism generally works, and tech happens to be its most lucrative sector. So yes, I still think we need to abolish Silicon Valley.

I will never put ads in the weekday newsletter. But on Sundays, I have started sending a free edition of the Sun with highlights from the week that is supported by ads. Have a message you want to get in front of roughly 25,000 California news readers?