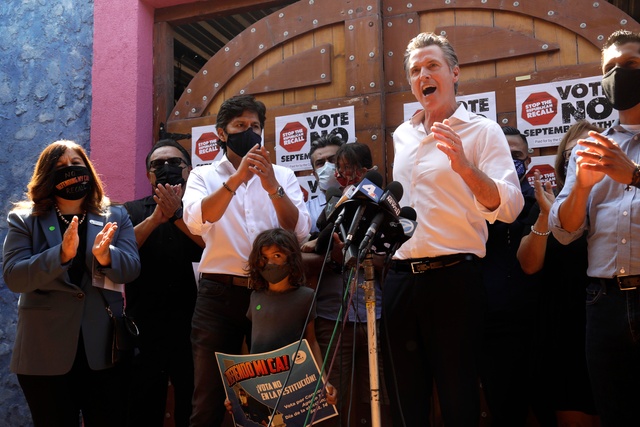 Gov. Gavin Newsom's fate in the recall election could depend on California's Latinos, a group that moved away from Democrats in the 2020 election. Polls have shown that up to 54% of the state's Latinos want Newsom out. The columnist Gustavo Arellano: "You’ve got to give people a reason to love you. And Newsom is about as loved by many Latinos as a stale Mexican Coke.” L.A. Times

On Sept. 14, California voters will face two questions: Should Newsom be removed from office? And if so, which of his 46 challengers should replace him? A majority vote decides the first question. But the second is decided by a plurality. Crucially, Newsom is not among the choices. That means he could be replaced by a candidate whose vote haul is a fraction of the number who opposed the recall. "This is not just nonsensical and undemocratic," wrote two Berkeley law professors. "It is unconstitutional." N.Y. Times 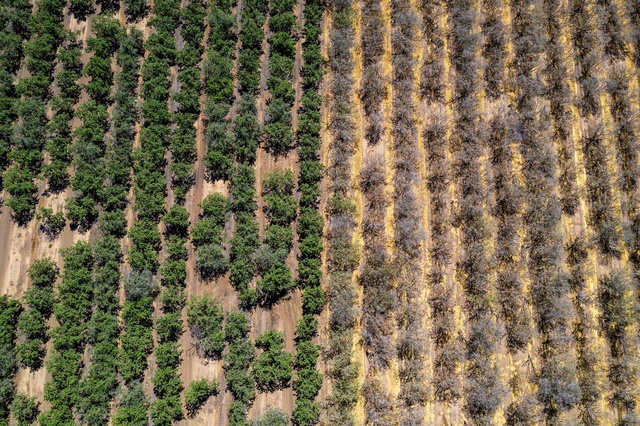 Almond trees were left to go dry at a farm in Gustine on June 14.

The celebrated Fresno journalist Mark Arax wrote about the crippled aquifers of the San Joaquin Valley through the story of a well fixer named Matt Angell.

“I’m 62 years old," Angell said. "I’ve been doing this more than half my life, and I’ve never seen this. Not even close. This is all brand new, and it’s shaken everything I believe in.” The Atlantic

The rise of the Delta variant in California is now decelerating, an analysis found. While it's too soon to be certain if the surge is peaking, health experts are increasingly optimistic. In early July, there was a week-over-week increase in daily coronavirus cases of 86%. Earlier this month, it was 30%. Now the increase is about 7%, with roughly 11,800 new cases a day. L.A. Times 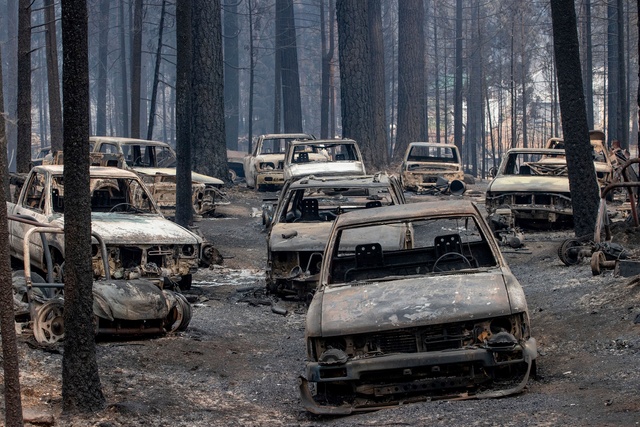 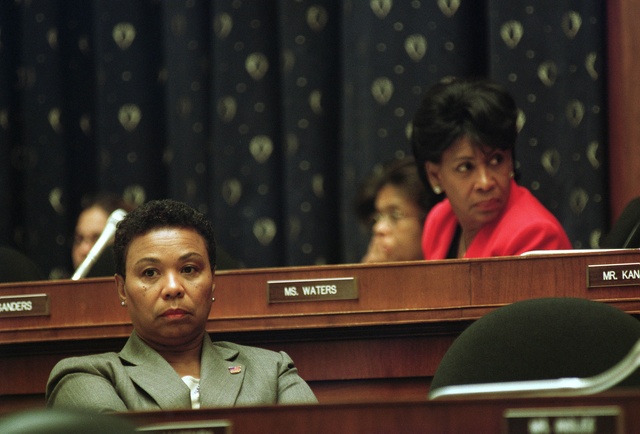 Rep. Barbara Lee, left, seen in 2001, took a lonely stand against the invasion of Afghanistan.

On Sept. 14, 2001, Rep. Barbara Lee of Oakland voted against a measure to give President George W. Bush nearly unlimited power to wage war in Afghanistan. “We must be careful not to embark on an open-ended war with neither an exit strategy nor a focused target,” she explained. Her colleagues disagreed. The House voted 420 to 1; the Senate, 98 to 0. Many people called Lee a traitor. Twenty years, untold lives, and more than a trillion dollars later, some are now reassessing Lee's lonely stand. Washington Post

Sacramento County is home to more Afghan people than any other U.S. county. Besmellah Khuram, who assisted the U.S. government on the ground in Afghanistan, said he didn't sleep Saturday. He watched as the Taliban took Kabul, where his family lives. On Sunday, he cried. “There is no word to express how we feel about the loss of 18, 20 years’ achievement in one night,” he said. Sacramento Bee | N.Y. Times

A Mariposa family of three that had been reported missing was found dead Tuesday along with the family's dog on a hiking trail in a remote area of the Sierra National Forest, authorities said. The cause of death was unclear. A sheriff's deputy described the circumstances as highly unusual, prompting officers to treat the area as a hazmat scene. “It could be a carbon monoxide situation," she said. Fresno Bee | A.P. 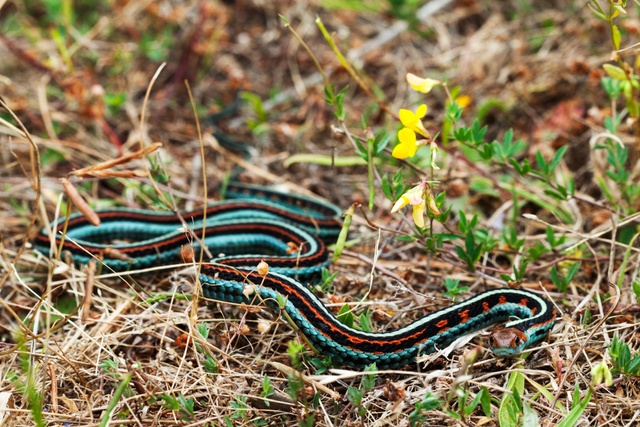 The San Francisco garter snake, pictured above, has been called America's prettiest snake. Crowded out by development, they were considered so rare locally in the early 2000s that the San Francisco Zoo imported 10 of them from the Netherlands. Now a study has revealed a bonanza of roughly 1,300 garter snakes living on an otherwise vacant lot near San Francisco International Airport — the greatest concentration ever recorded. Atlas Obscura

Imperial County, a remote agricultural region in the southeastern corner of California, has some of the state's highest rates of poverty, diabetes, heart disease, and obesity. But on Covid-19 vaccinations, it's leading the state outside of the Bay Area. Among eligible residents, 86% are vaccinated. Experts attribute the success to a network of providers that have personally reached out to provide shots. CalMatters 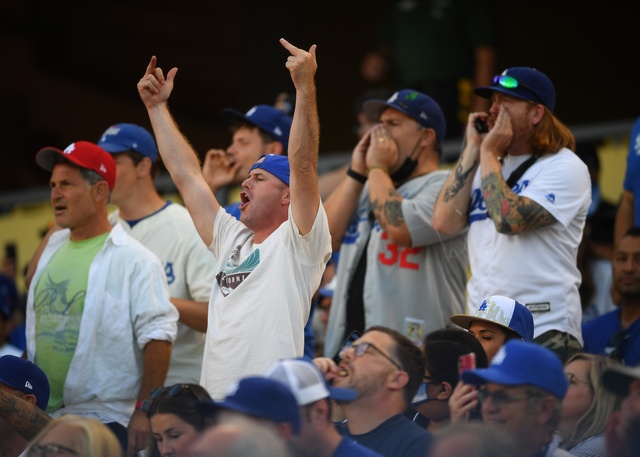 Los Angeles County announced that it would require face masks at outdoor events that attract more than 10,000 people, regardless of whether people are vaccinated. The expansive regulation, which goes beyond state guidance, will create a stark visual reminder of the persistence of the pandemic at venues like Dodger Stadium and SoFi Stadium — assuming fans comply. L.A. Times | A.P. 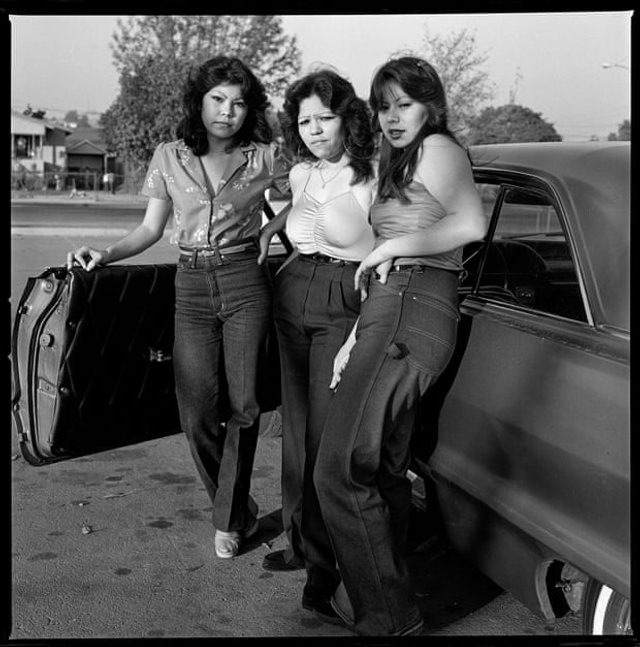 In 1983, the British photographer Janette Beckman spent the summer chronicling the lives of members of Hoyo Maravilla, a Mexican American gang in East Los Angeles. The images sat on a shelf for nearly three decades before being published in a volume in 2011, winning broad acclaim. For a Guardian feature called "My best shot," Beckman chose a picture from the series, above, showing three women who called themselves the Rivera Bad Girls. "Their makeup, their style, their eyebrows," she said, "everything about them looks amazing."