Santa Clara County banned all large gatherings in what was described as most drastic preventive measure yet in California to contain the spread of the new coronavirus. The number of local cases has more than doubled in five days — now 43 — and on Monday the county announced its first death related to the virus — a woman in her 60s with underlying health conditions. "We are facing a historic public health challenge," a county official said. Mercury News | S.F. Chronicle 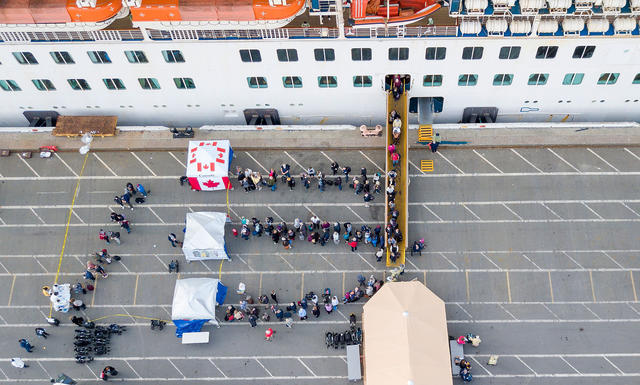 Canadian passengers disembarked from the Grand Princess in Oakland on Monday.

People on the Golden Gate Bridge broke into cheers as the stricken Grand Princess — the "symbol of America's fear of coronavirus," in the words of the N.Y. Times — passed underneath Monday en route to the Port of Oakland. Passengers applauded too, but their ordeal isn't over: Now it's on to 14 days under quarantine. The transfer of Californians to military bases in the Bay Area and San Diego was expected to take at least a couple days. A.P. | Mercury News

The latest totals on confirmed cases, according to the S.F. Chronicle and N.Y. Times:

"They tell us all we're supposed to wash our hands all the time and stay clean, but listen — we're homeless. How are we supposed to do that out here? And look at us." So far, there's been no known case of coronavirus among California's homeless. But most officials say it's probably only a matter of time. S.F. Chronicle 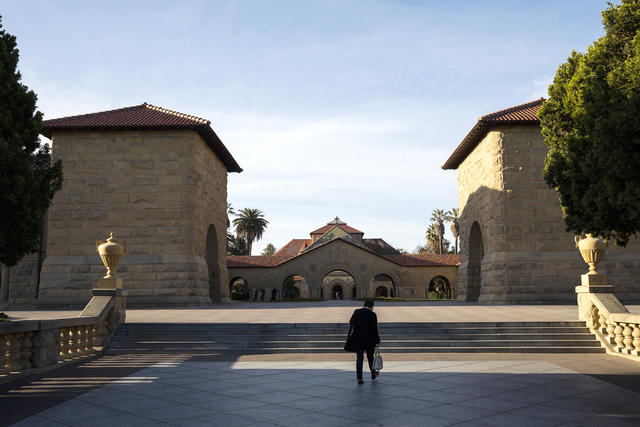 Stanford University was unusually quiet on Monday after classes were canceled.

A roundup of other disruptions around the state: 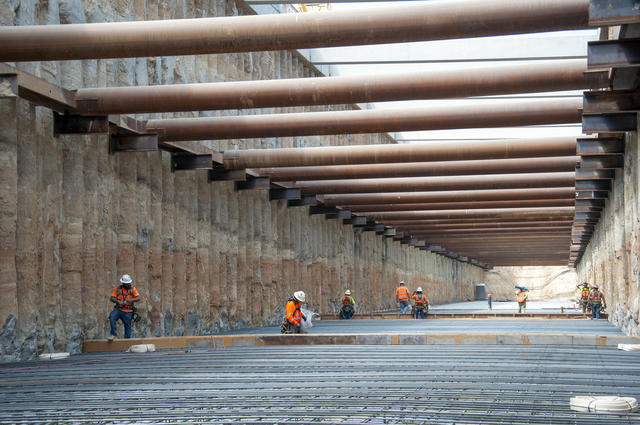 Crewmembers worked on the bullet train last fall in Fresno.

A half dozen current and former employees of a top contractor on California's bullet train described a dysfunctional work culture that suppresses unwelcome news at the project. "The officials say it helps explain why California's high-speed rail endeavor has barreled ahead for more than a decade, despite warnings it was structured on risky assumptions and could run out of money before any trains operate." L.A. Times | San Joaquin Valley Sun

In a taped interview, Kori Ali Muhammad told Fresno detectives why he fatally shot four people in 2017. He killed his first victim, a hotel security guard, because he felt disprespected, Muhammad explained. Later, when a newscast reported that he was wanted for murder, he decided to "kill as many white men" as he could. Fresno Bee 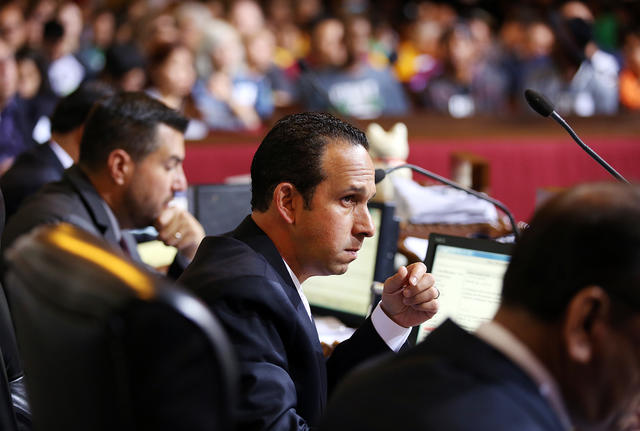 Mitch Englander, seen as a councilman in 2015, is in hot water.

The federal authorities arrested a former Los Angeles city councilman, Mitch Englander, and charged him with obstructing justice. On a night out in Las Vegas in 2017, according to an unsealed indictment, a businessman treated Englander to lavish meals, a female escort, and $10,000 in cash. When asked about it, he lied, officials said. Hence, the trouble. L.A. Times | LAist

Led Zeppelin did not plagiarize the opening riff for "Stairway to Heaven" from a song by the California band Spirit, a federal appeals court in San Francisco ruled. The rising and falling guitar line of Spirit's 1968 instrumental "Taurus" is similar to the beginning of "Stairway." But, as a musicologist testifying on behalf of Zeppelin noted, similar patterns have popped up in music for over 300 years. N.Y. Times | Rolling Stone

Police discovered roughly 300 people having an illegal "full-blown party" inside a Clovis middle school gym over the weekend. There was a DJ and everything. Partiers scattered when the cops arrived, but five were arrested — including the DJ. Fresno Bee | YourCentralValley 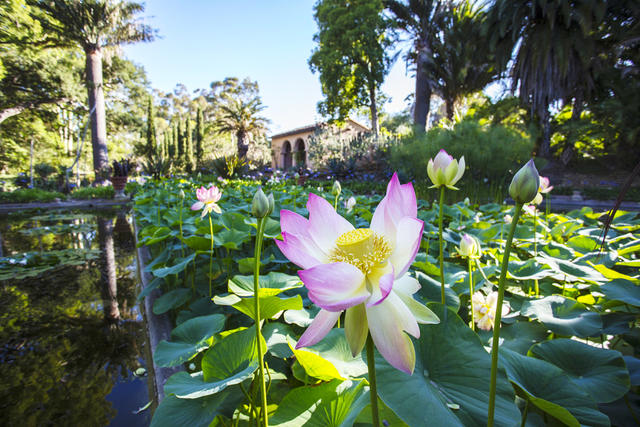 The namesake lotuses bloom in July.

Tucked near the Santa Barbara coast is garden of rare beauty, the product of 130 years of horticulture and one theatrically minded owner. Ganna Walska Lotusland — a 37-acre wonderland of more than 3,000 types of plants — was the vision of a Polish opera singer who hoped to offer it for use by Tibetan monks. It was instead opened to the public after her death in 1984. The Telegraph named Lotusland among the 10 most beautiful gardens in the world, with "a fantasy of remarkable set-pieces of design and planting quite unlike any other garden." Atlas Obscura | Lotusland.org 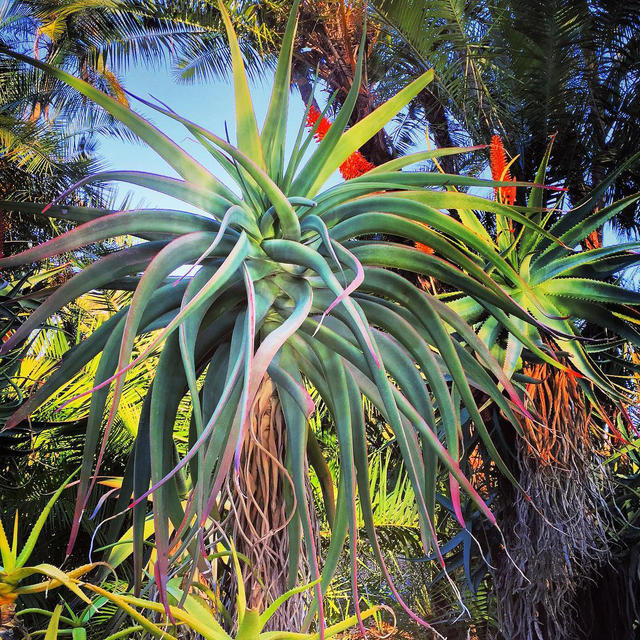 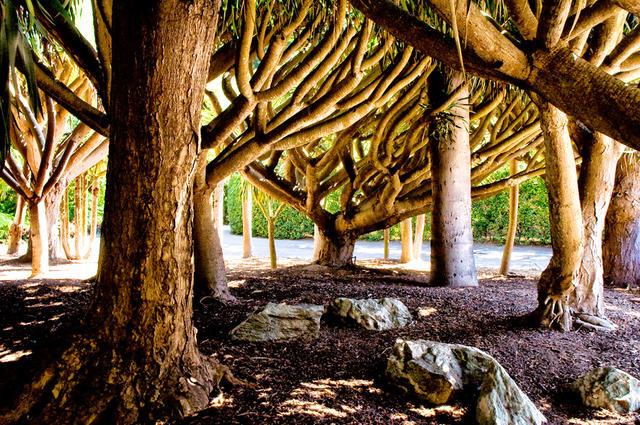 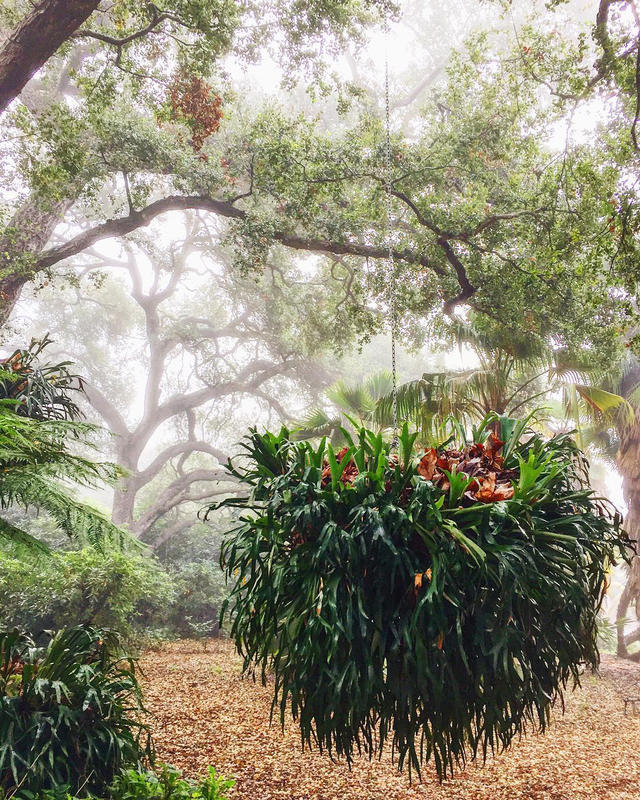 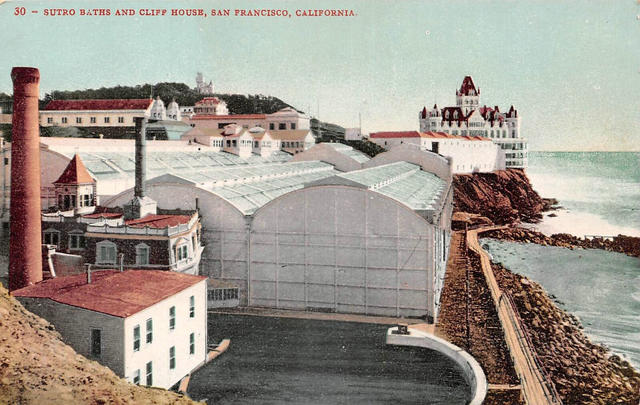 A Sutro Baths postcard from 1907. The historic Cliff House is in the background.

The Sutro Baths, a glass palace of swimming pools to rival those of ancient Rome, opened in San Francisco on this week in 1896. The recreation center was dreamt up by Adolph Sutro, a silver mining magnate and San Francisco mayor who was inspired by the idea that the finer things in life should be available to all — up to a point.

Jim Crow-style racism was rampant in California at the time. So when a black man named John Harris showed up to the baths for a swim on July Fourth, 1897, he was refused, an insult, he later told the S.F. Examiner, that left him feeling "disgraced and degraded."

He brought suit under the Dibble Act, a brand new law that guaranteed Californians "of every color or race whatsoever" entry to places of public accomodation. He won. The jury set aside arguments by the Sutro family that black patrons would offend the sensibilities of whites and awarded Harris $100 in damages. 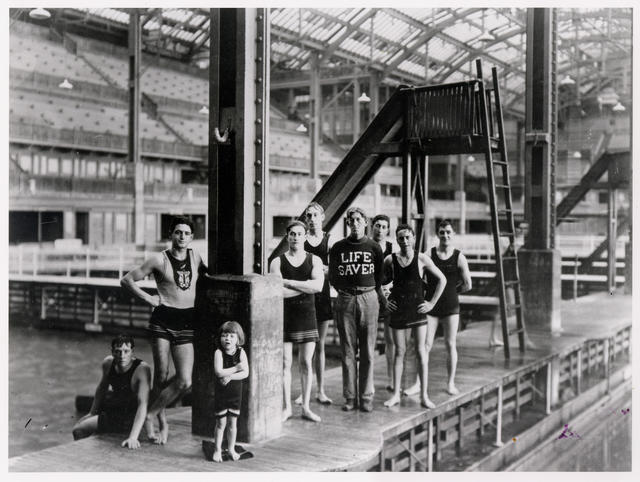 A lifeguard and swimmers at the baths, circa 1910.

Little is known of John Harris, said Elaine Elinson, a civil rights historian. A voter registration card suggests he was in his 30s. He worked as a waiter. And he had the fortitude not only to challenge one of California's most powerful families, but to invite the backlash of a racist society. The white press taunted him: "A negro is a negro and his color is his misfortune," a newspaper in Santa Rosa wrote. The jury was so appalled that they asked the judge if they could simply ignore the law. (The answer was no.)

"He was definitely incredibly bold and courageous," Elinson said of Harris. 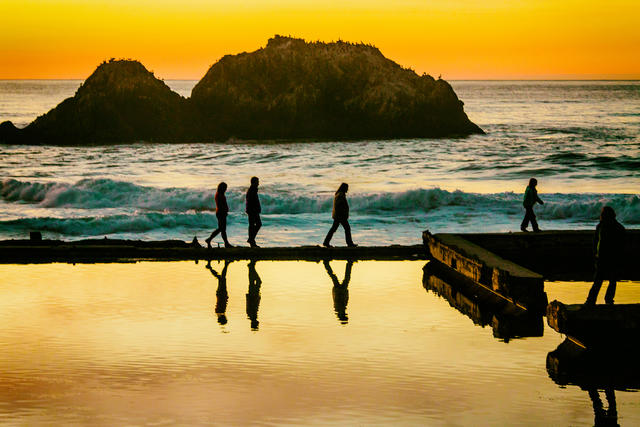 The ruins of the Sutro Baths are now part of the Golden Gate National Recreation Area.

In 1959, the landmark Unruh Civil Rights Act was heralded as California's first civil rights act, serving as a model for other states and the federal Civil Rights Act of 1964. But the legislation, Elinson said, was little more than a modification of the Dibble measure enacted more than 60 years prior and given teeth by Harris and others.

As for the Sutro Baths, it was little chastened by the court loss. John Martini, author of "Sutro's Glass Palace," said the photographic record suggests blacks weren't welcomed into the pools until the 1940s. In time, the complex fell into financial distress then burned to the ground in 1966. The stone and steel remains are now protected within a park along the northwestern edge of San Francisco, like the ruins of some vanished civilization. Open to all, it's a popular place for reflection and a reminder of a not-so-ancient past.

Here are a couple collections of archival photos from the Sutro Baths. S.F. Chronicle | The Bold Italic