Scheduling note: The newsletter is pausing through the holidays. Back in your inbox on Jan. 2. Enjoy the break! 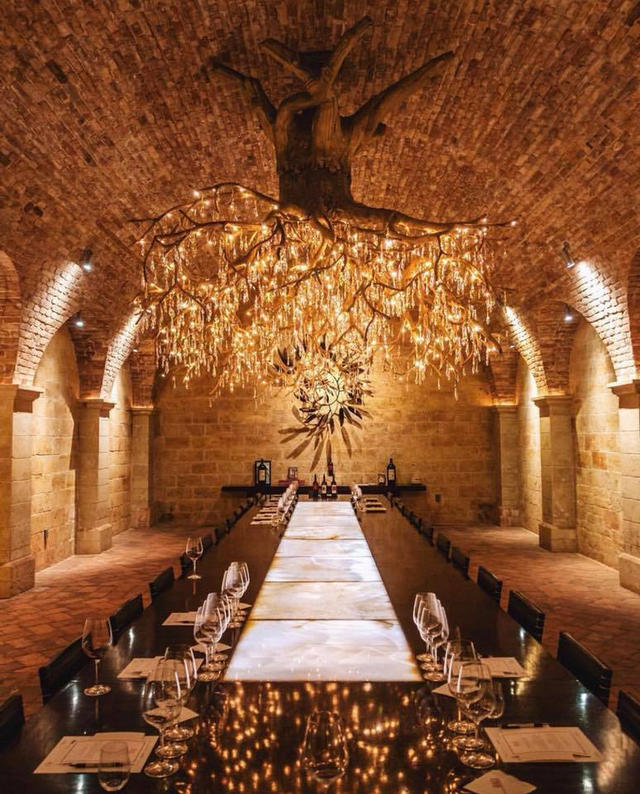 The most memorable moment of the Democratic presidential debate in Los Angeles had to do with wine caves. Or rather, a fancy fundraiser for Pete Buttigieg at a Napa Valley winery and the ethics of high-dollar political access. "Billionaires in wine caves," Elizabeth Warren said, "should not pick the next president of the United States." With that, "wine cave" started trending on Twitter. The Washington Post's Jennifer Rubin later declared the wine cave business the loser of the debate. Vox | CALmatters

Starting Jan. 1, it will be illegal in California to suspend disruptive students from kindergarten through eighth grade. Supporters of the bill argued that children of color are disproportionately affected by such suspensions. Students need to be kept in school, the bill's author said, "where they belong and where teachers and counselors can help them thrive.” The Sacramento Bee included the legislation in a list of eight laws that could affect your life in 2020. Sacramento Bee

An atmospheric river is moving toward the West Coast. The band of dense, airborne moisture is expected to hit the Northwest first then sweep across Northern California through the weekend, bringing heavy rain to San Francisco, Sacramento, and beyond. CNN | CBS News

California's snowpack is now at its highest December level since 2015. L.A. Times 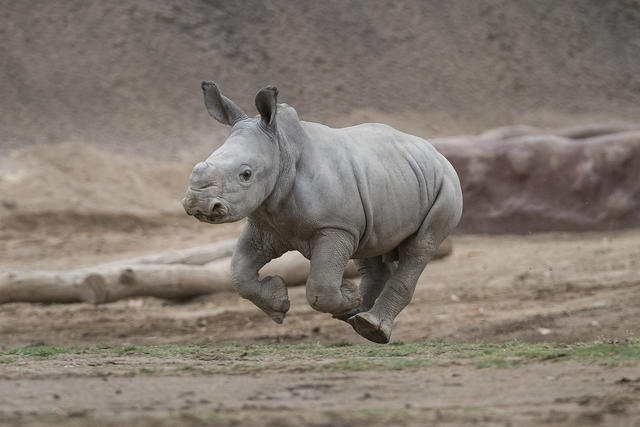 What stories captivated us in 2019? By one measure — clicks on stories posted to Facebook — they centered on our hopes and fears. Using data from Crowdtangle, a social analytics company, here is a curated list of five of the most popular items, all videos, posted by California-based publications over the last 12 months. 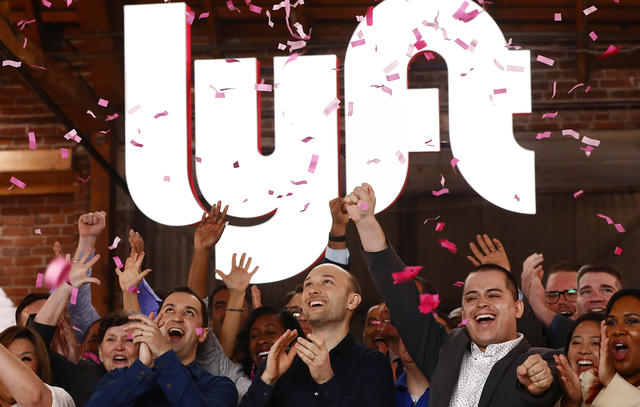 The IPO explosion that was supposed to mint a new class of ultra rich in San Francisco never happened. Uber's stock has dropped nearly 30 percent since the company went public in May. Lyft shares are down nearly 40 percent. Pinterest and Slack have also fallen. "San Francisco has been left as a slightly more normal town of tech workers who got rich-ish, maybe making a few hundred thousand dollars." N.Y. Times | SFGate.com

San Francisco's ban on facial recognition technology has run into some interesting hiccups. The law inadvertently made city-issued iPhones, equipped with facial identification, illegal. It also forced the San Francisco Police Department to disable a facial recognition system for searching mug shots that it had kept secret from the public. WIRED | Insider 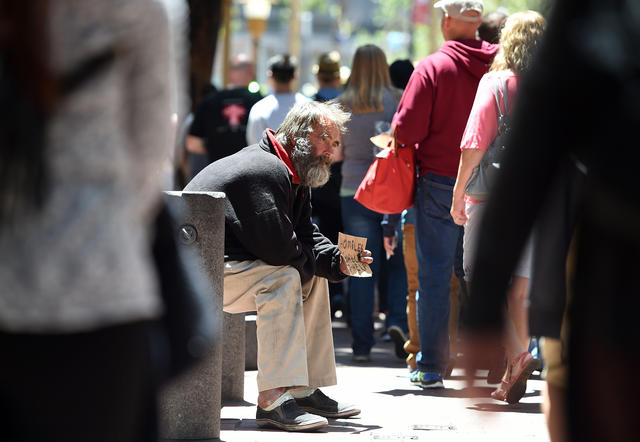 On this week's California Sun Podcast, host Jeff Schechtman talks with Sam Dodge, homeless coordinator for the San Francisco Department of Public Works. He discussed two major barriers to solving the homelessness crisis: Onerous red tape in housing construction and a lack of adequate services. "This is a technology we know very well: How to build a house, how to support a person through social and financial support," he said. "So this is really something that we can do." California Sun Podcast 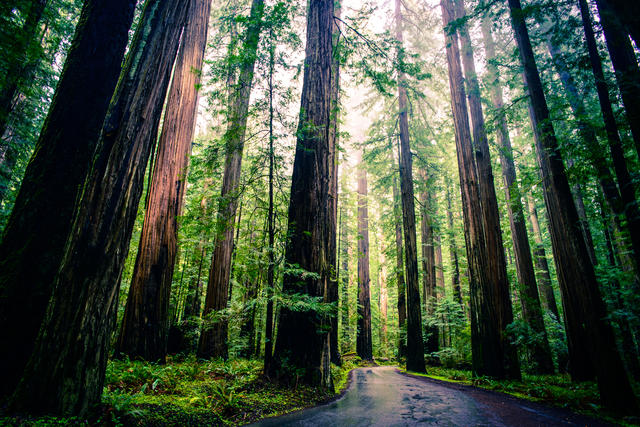 Fun fact: The North Coast's redwood forests contain the highest biomass of any terrestrial ecosystem in the world, more than eight times that of a tropical rainforest. That's thanks to the region's exquisitely fine-tuned conditions for plant life: Heavy rain, summer fog, moderate temperatures, and rich soil. Above, a road winds through Humboldt County, where trees soar as high as 350 feet. University of California | World Wildlife Fund 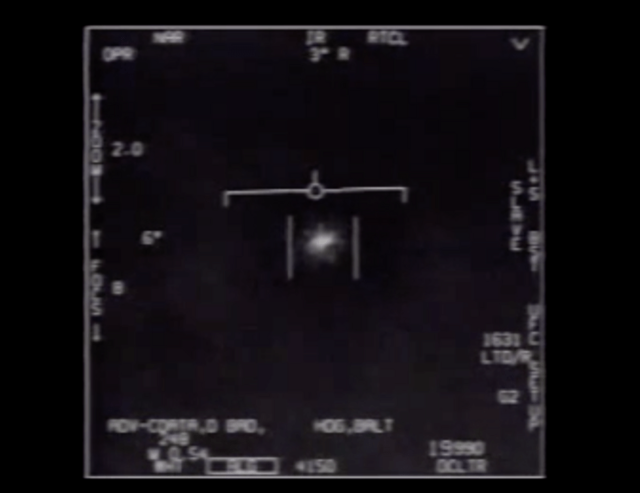 A screenshot from video of an encounter off San Diego between two fighter jets and an unknown object.

The Navy pilot who recorded bizarre footage of an unidentified object off the coast of San Diego in 2004 spoke out for the first time. Chad Underwood recalled how his commanding officer had told him to be on the lookout for something weird. Then he spotted a white, oblong shape. "The part that drew our attention," he said, "was how it wasn't behaving within the normal laws of physics." N.Y. Magazine | Gizmodo

California prosecutors said they found no evidence of criminal wrongdoing after an investigation into a spike in horse deaths at Santa Anita Park racetrack. The 49 deaths at the track were higher than the national average, but lower than the tolls of past years. Widespread coverage of the track deaths has spurred calls to shut down horse racing in California. L.A. Times | A.P. 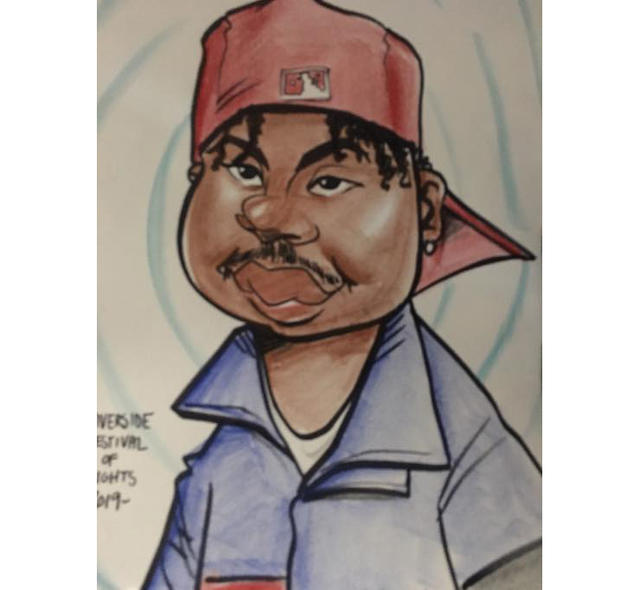 Have you seen this man?

A man sat for a caricature portrait at Riverside's Festival of Lights before snatching the artist's money and fleeing with a bag of cash, officials said. But he left the artwork behind. Now the police are asking the public to help identify the cartoon figure. "And no," they said in a statement, "we are not kidding." Washington Post | Press-Enterprise

Is Los Feliz supposed to be pronounced lahs-FEE-luss or lohs-feh-LEEZ?

There may be no right answer. But LAist polled thousands of readers on that conundrum and others — Angeleno, San Pedro, El Segundo — so we can at least establish the crowd favorites. LAist