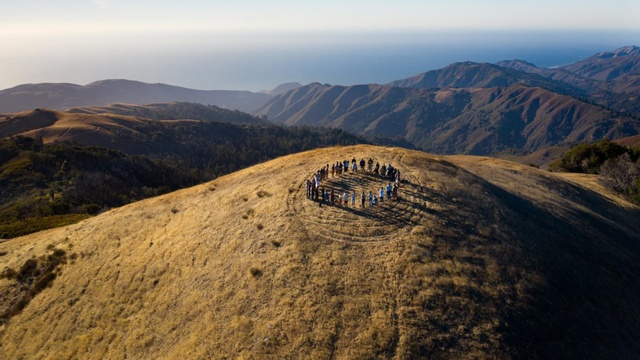 Members of the Esselen tribe held a ceremony on land returned to them in the Big Sur region.

There is a burgeoning movement across the U.S. to repatriate lands back to Native American Tribes, including a recent transfer of a 1,200-acre ranch with a redwood forest and a crystalline stream to the Esselen. Conservationists have embraced the moves in part because Indigenous management styles, including the use of “fire as medicine,” are seen as consistent with the goals of protecting biodiversity and hedging against climate change. Yale Environment 360

Economist Jerry Nickelsburg on what the data says about the correlation between pandemic restrictions and economic growth:

"We found two things. First, California had more stringent interventions and a lower infection rate than either Texas or Florida, two states to which it’s often compared. Yet California also performed better with respect to GDP than either Texas or Florida. Second, the same pattern showed up across all big states: On average, the ones with more stringent interventions had both better health outcomes and better economic outcomes." Yahoo News

Alyssa Milano said she is weighing a congressional run from California in 2024. The celebrity activist has her sights set on Rep. Tom McClintock, a Republican who has represented a district that spans much of the Sierra since 2008. Milano said she lives part of the year in Truckee and would love to flip the red district to blue. "I'm basically gathering information right now," she said, "speaking to different consultants, speaking to the community.” The Hill | L.A. Times 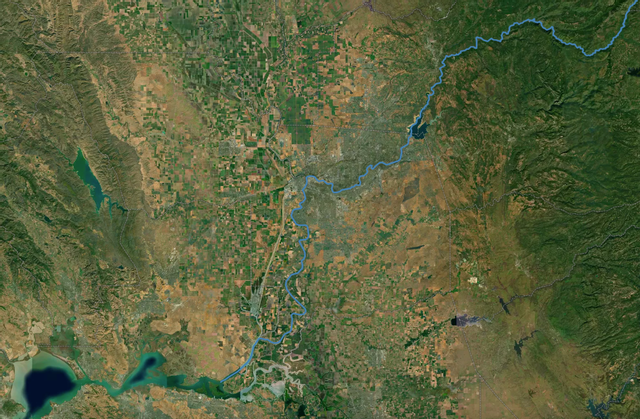 A River Runner simulation weaves from the Sierra Nevada to the San Francisco Bay.

This is very cool.

A developer built an interactive map that lets you point anywhere on a map, then zoom through a 3D visualization of the waterways that a theoretical raindrop would travel on its path to lower ground. For California, most clicks in the northern half of the state lead ultimately to the San Francisco Bay, into which 40% of California's landmass drains. Give it a try. 👉 River Runner 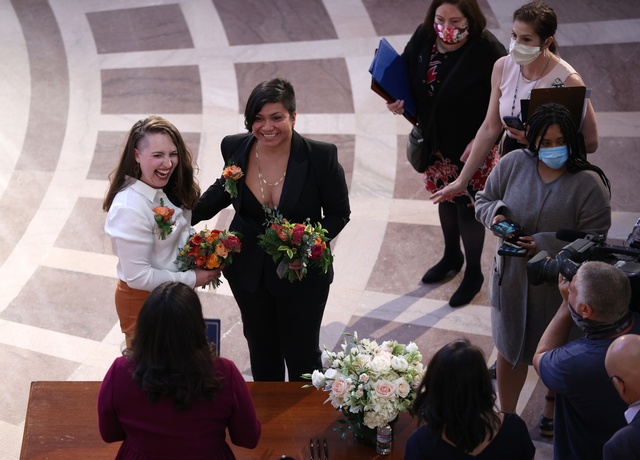 All nine Bay Area counties plan to fully reopen along with the rest of California on June 15, health officials have said. That includes San Francisco, which has had some of the nation's strictest pandemic restrictions. The city has lately been recording about 12 coronavirus infections a day. “That is what herd immunity looks like,” said Dr. George Rutherford, an epidemiologist. S.F. Chronicle | The Guardian

In one message, a sergeant compared homeless people to pigeons: "... if we feed them they won’t ever leave!!!”

In another, an officer joked about having a helicopter chop the heads off "a bunch of trogs."

Eureka's police department has been upended by an investigation into the dehumanizing text messages of two officers. Three people have been put on leave. Four others have announced plans to retire or take jobs elsewhere. Sacramento Bee

Ann Russell Miller died. She was a staple of San Francisco's society pages who collected designer shoes, hobnobbed with Phyllis Diller, and vacationed on Mediterranean yachts. Then one day she walked away from everything to become a nun, stunning her massive social circle. Miller joined the Order of Discalced Carmelites outside Chicago, where she remained enveloped in silence for nearly 31 years until her death on June 5. She was 92. SFist | Chicago Sun-Times 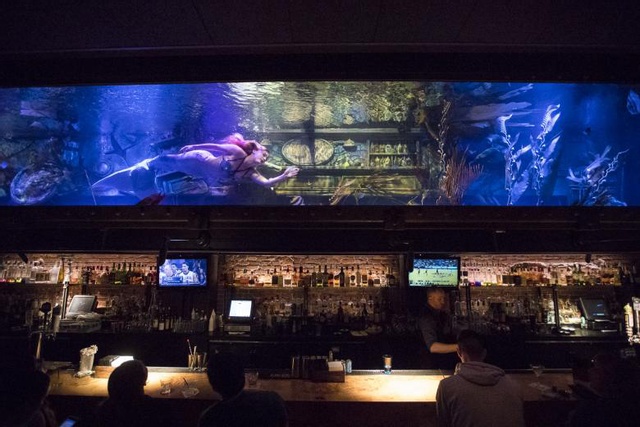 A mermaid performer swims above the bar at Dive Bar in Sacramento.

There's a bar in downtown Sacramento where mermaids swim in a massive overhead fish tank. Years ago, the Sacramento Bee did a short video feature on one of the performers, Rachel Smith, who oversees the team of merfolk and has the fantastic job title of Head Mermaid. "There are very few fantasy characters that you can be as a person. You can't go out and, 'I want to be a phoenix!'" she said. "But you can actually be a mermaid."

Traveller extraordinaire Josh McNair thought the bar was so cool he included it in his "Ultimate California Bucket List." 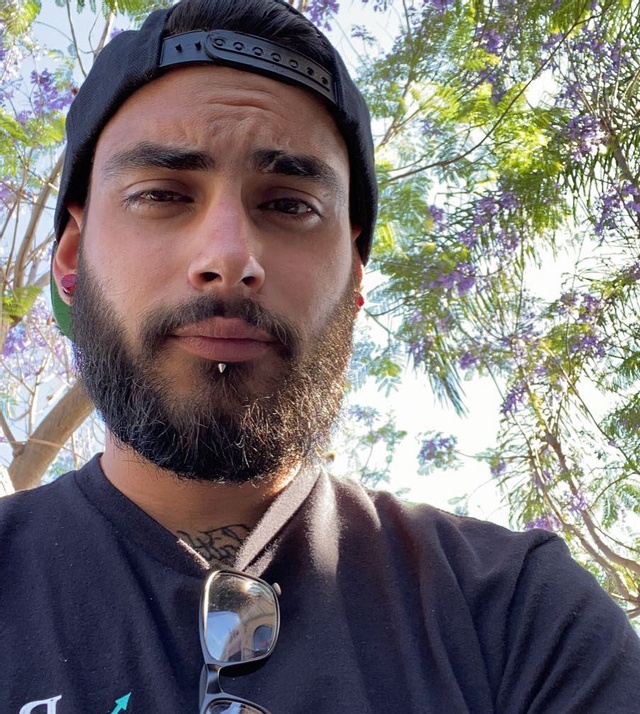 Prosecutors on Tuesday charged Marcus Anthony Eriz, 24, with murder in the road rage killing of a 6-year-old boy on a Southern California freeway last month. Orange County District Attorney Todd Spitzer told reporters that the case against the former auto body shop worker was rock solid and could put Eriz away for 40 years. Eriz's girlfriend, Wynne Lee, who authorities said was behind the wheel, was charged with being an accessory after the fact. L.A. Times | O.C. Register

In the summer of 2019, headlines in publications across the country reported that a ladybug swarm in Southern California was so massive that it showed up on National Weather Service radar. Two years later, a journalist finally took a meticulous look at the story. His verdict: bogus. "The ladybug swarm seems to have been entirely a figment of the media’s creation, based on a single Tweet, which itself was based on a single volunteer weather observer's report of seeing 'specks' in the air." The Drive 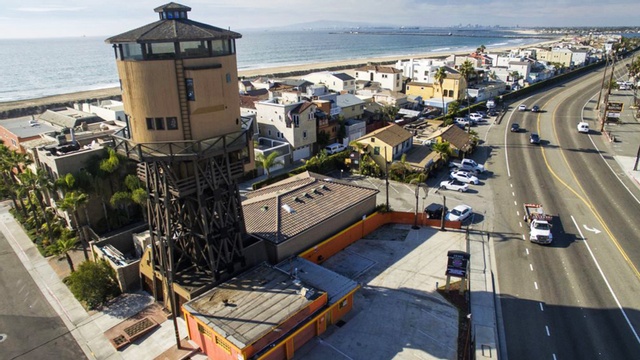 A water tower home in Seal Beach is now up for grabs.

Soaring nearly 90 feet near Orange County's Seal Beach is one of California's most unique homes, a converted water tower dating to the late 1800s. The landmark structure, now on the market for $4.95 million, was rescued from demolition in the 1980s when locals mounted a "Save the Water Tower" campaign. It was later refurbished as a luxury residence with a walk-around deck for unobstructed 360-degree views, from the Pacific Ocean to the mountains. Dirt | L.A. Daily News

A longtime ocean drone pilot, Carlos Gauna, published a new video showing the closest great white shark encounter involving kids that he's ever seen off the coast of Southern California. Gauna, normally unflustered by the shark encounters he records, said this one concerned him. As the apex predator came with 10 feet of the two kids, Gauna tried unsuccessfully to alert them from the shore. Gauna told the kids what happened when they later emerged from the water. They went back in anyway, he said. YouTube