Terror in the valley 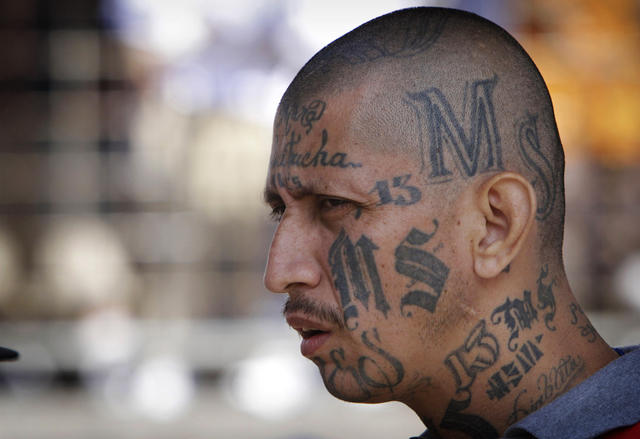 A member of MS-13, an international criminal gang that originated in Southern California.

Law enforcement officials recently announced the arrest of more than two dozen alleged members of MS-13 in the small San Joaquin Valley town of Mendota. With that, they added, the gang's local operation was "completely dismantled."

But locals weren't buying it, the Fresno Bee reported.

"There is a lot of fear," a former City Council member said. "A lot of people are afraid to acknowledge the element."

Case in point: Mendota's own mayor declined to speak to a Fresno Bee reporter, citing the threat of gang reprisals to himself and his family.

Read the story in the Fresno Bee. 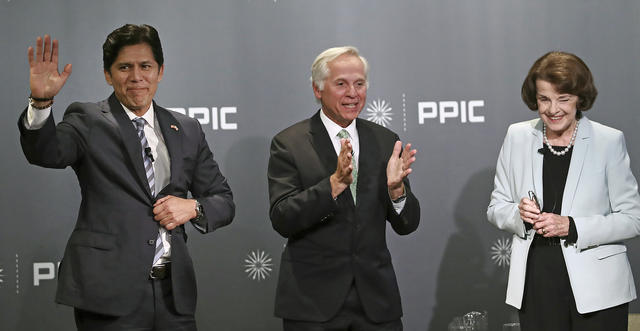 State Sen. Kevin de Leon failed to land a winning moment against Sen. Dianne Feinstein during their sole face-to-face discussion before Election Day. In mostly polite exchanges, de Leon said he would "fight like hell" for immigrants and other Californians, while Feinstein portrayed herself as an experienced problem solver.

In 2016 and 2017, major insurers bailed out of the Affordable Care Act citing unexpected costs. The retreat was exploited by President Trump to denounce the health care law. It turns out that much of the unexpected costs trace back to a single industry: private dialysis firms, which are accused of gaming the system for immense profits. The companies are now bankrolling an effort to kill Proposition 8, which would cap dialysis charges. 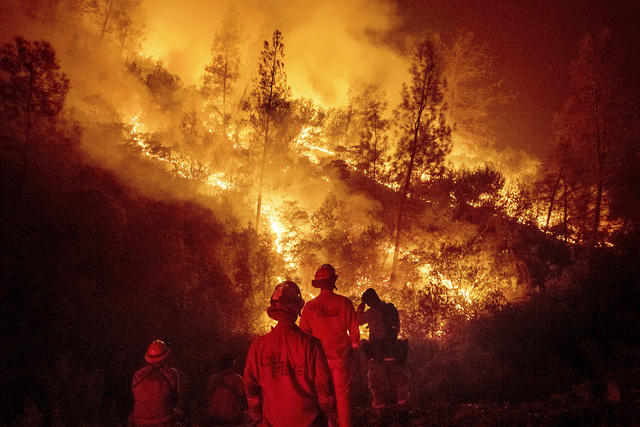 The Ranch Fire burned in Colusa County on Aug. 7.

"I go all over the country and I meet with governors. The first thing they say is, 'There's no reason for forest fires like that in California.' So I say to the governor, or who ever is going to be the governor, of California, you better get your act together." That was President Trump as he accused California of fueling its own horrific wildfires by failing to thin out the state's forests.

An innkeeper lost thousands of dollars. A farm struggled to get water to its livestock. A grocer's frozen foods were spoiled. Residents across Northern California were grumbling after PG&E cut power as a preemptive step against fire danger. But critics are calling it a form of "blackout blackmail" intended to coerce lawmakers into lessening the company's wildfire liability. 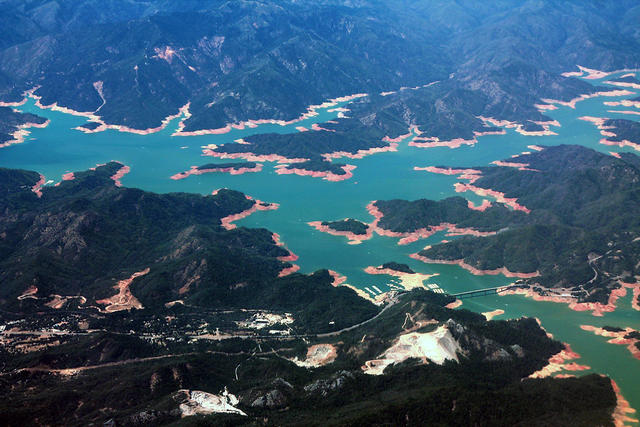 The high-water mark of Shasta Lake could rise by 26 feet, displacing property owners.

"This needs to be a wake-up call." About 130 private property owners learned they would have to move to make way for an inundation of lake water as a result of the raising of Shasta Dam. The Trump administration has pushed forward with the project, which is on federal lands, over vehement objections from California.

When the authorities shut down the sex marketplace Backpage.com, some warned that prostitutes would simply spill back out onto the streets, where they would face greater dangers. Months later, crimes related to pimping and sex trafficking have tripled in San Francisco. "Former pimps came out of the woodwork," a public health expert said.

Two of Silicon Valley's most prominent tech figures are publicly bickering over how to help the homeless. Marc Benioff, the Salesforce C.E.O., accused tech leaders of hoarding money, calling out Twitter's Jack Dorsey specifically: "He just doesn’t want to give, that’s all. And he hasn’t given anything of consequence in the city." 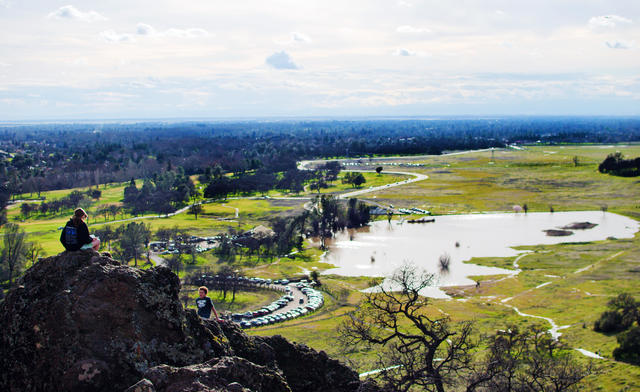 The outside world seldom intrudes in massive Bidwell Park.

One of the country's largest municipal parks is in the medium-sized college town of Chico. At nearly 6 square miles, Bidwell Park is more than triple the size of either Golden Gate Park or San Diego's Balboa Park. Morning on one of its glorious trails, a travel writer said, "is a giant advertisement for Why People Love Northern California." 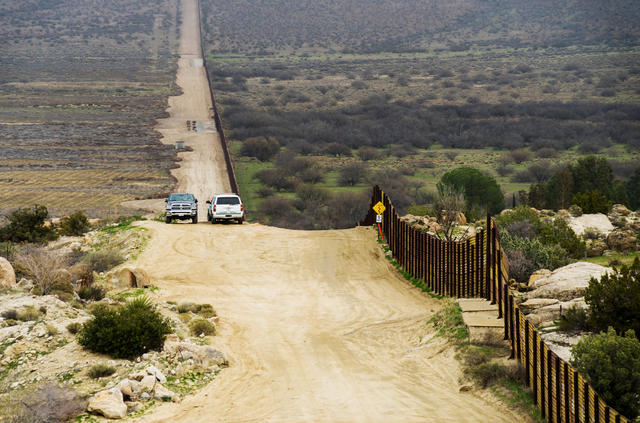 The border fence at Jacumba Hot Springs, about 50 miles east of San Diego.

The Washington Post created a fascinating flyover tour of the U.S.-Mexico border, stretching 2,000 miles, only 700 of which are walled or fenced. The barriers include barbed wire, reinforced steel, high bollards, and natural obstacles like the Jacumba Wilderness Area, where hundreds of migrants have died.

"It's a great time to be a corrupt politician because who's watching?" Last year, LA Weekly was sold to mysterious new owners who promptly laid off half the staff. The owners turned out to be a group of investors with little to no ties to journalism. KCET talked to former staffers for a feature on one of the craziest years for local news in Los Angeles. 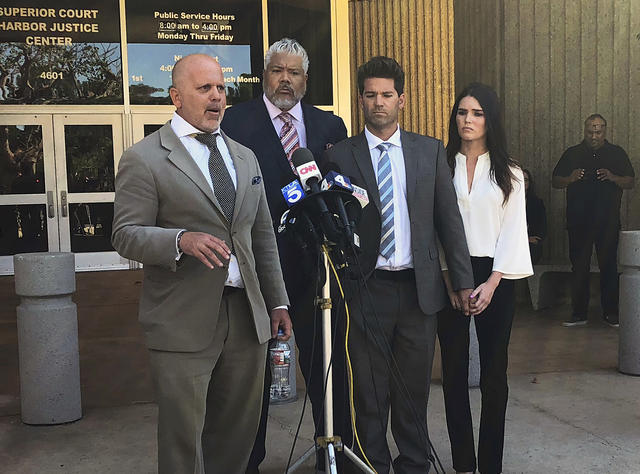 A Newport Beach surgeon and his girlfriend were charged with kidnapping and rape by use of drugs against five additional victims. They pleaded not guilty. Dr. Grant Robicheaux is a former reality TV star who was once dubbed Orange County’s most eligible bachelor. The authorities say the couple preyed on women at social events and brought them back to Robicheaux’s home. 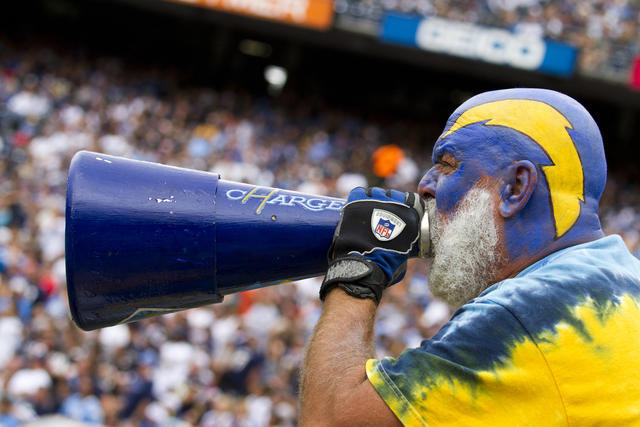 A Chargers super fan in 2015. The team played in San Diego for half a century before moving to Los Angeles.

The Chargers have struggled to build a fan base in Los Angeles since relocating from San Diego last year, a move that so enraged San Diego supporters many swore the team off. Now, sources are telling ESPN that N.F.L. owners are concerned about the team's viability in the new market. 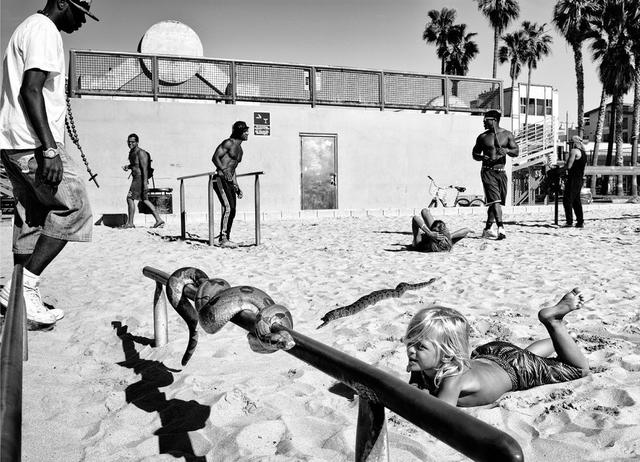 Venice Beach is the second-largest tourist attraction in Southern California after Disneyland. Photographer Dotan Saguy spent three years capturing the circus-like community of artists, mystics, bodybuilders, and homeless living in what he regards as the "last days of a Bohemian paradise." 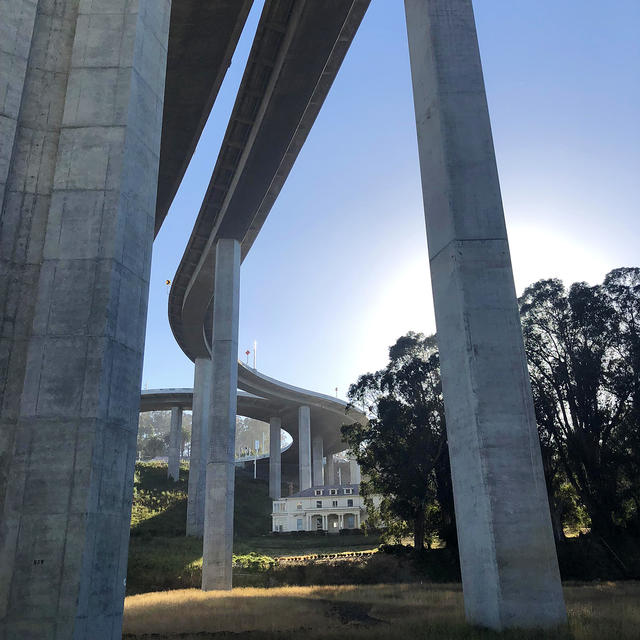 A Bay Bridge structure was nudged over to accommodate sunshine at the Nimitz House.

There's a mansion nestled below the San Francisco–Oakland Bay Bridge.

The Nimitz House was built in 1900 on Goat Island, now Yerba Buena Island, as a residence for the Commandant of a Naval Training Station.

Officially known as Quarters One, the Classical Revival home got its nickname from Admiral Chester Nimitz, a World War II naval hero who spent his last days there.

In 1998, the house became a bizarre flashpoint in the construction of the new Bay Bridge when the Navy refused to let Caltrans engineers onto Yerba Buena Island. Why? Their design called for a span that would cast a shadow on the Nimitz House.

Construction didn't restart for a year and a half as the plans were redrawn to ensure the historic home would remain in the sun.