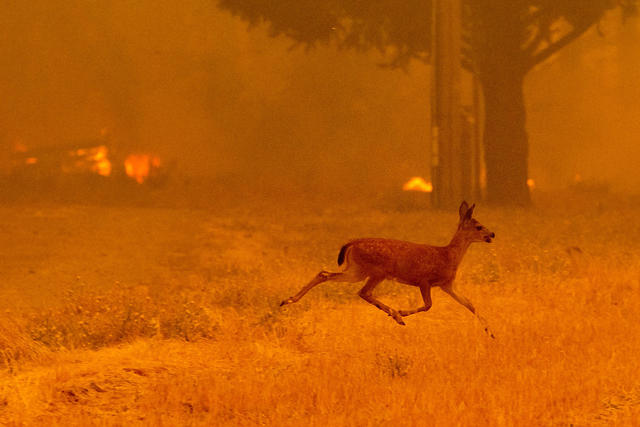 The Ranch Fire tore across 640 square miles of forest and grassland.

California is such a tinderbox that a single spark can trigger an uncontrollable inferno. So it was with the biggest wildfire in modern state history, ignited last summer when a Mendocino County man hammered a stake into the ground. Speaking publicly for the first time, the man — Glenn Kile, a former heavy equipment operator in his mid-50s — seemed more bewildered than remorseful. "I smelled smoke, I turned around, and there it was," he said. "There was nothing I could do." N.Y. Times

Officials are on edge as fire activity picks up after two catastrophic wildfire years. There have been 236 new wildfires fires in the past week alone. Press Democrat | TIME

Mark Zuckerberg reached out to Speaker Nancy Pelosi in recent weeks but she hasn't responded, sources told the Washington Post. Last month, Facebook refused to remove a manipulated video of remarks by the speaker. Her decision not to engage one of the world's most powerful tech executives is said to reflect her frustration with the company. Washington Post 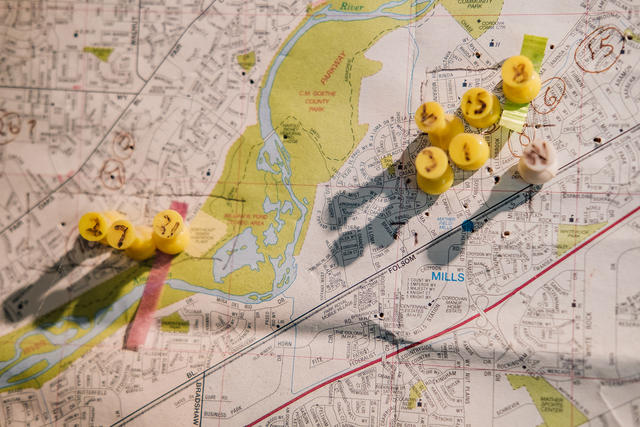 A map with thumbtacks indicating attacks showed how the Golden State Killer would cluster his targets.

Prosecutors say Joseph James DeAngelo Jr., accused of being the so-called Golden State Killer, committed 60 home invasions, 50 rapes, and 13 murders in the 1970s and '80s. In the new podcast "Man in the Window," Pulitzer Prize-winning reporter Paige St. John traces the killer's predatory campaign across California through the eyes of his victims. L.A. Times 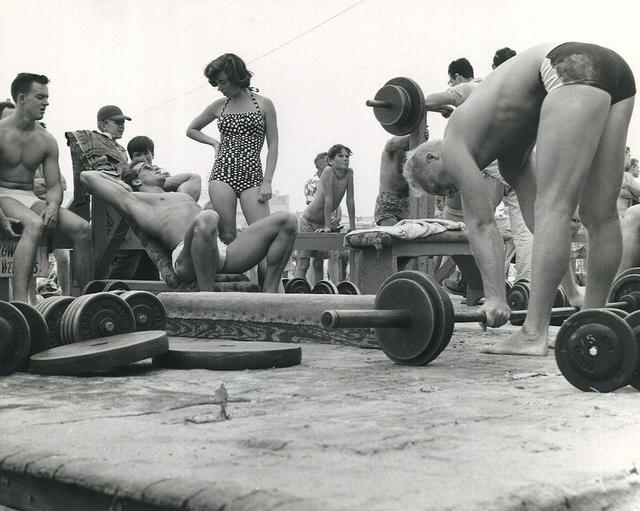 The tanned bodies of Muscle Beach came to symbolize the midcentury California dream.

California — full of sunshine, movie stars, and cheerful optimism — was primed for a fitness boom. Then in 1932 the Olympics came to Los Angeles, and a spark was lit. A small group of acrobats began to work out at the beach near Santa Monica Pier. Soon, weightlifters, stuntmen, and other health nuts joined in and Muscle Beach was born, regarded by some historians as the cradle of the modern physical fitness movement.

In the 1940s and '50s, crowds in the thousands gathered to see a sort of fitness variety show, with acrobatic performances, weightlifting contests, and beauty pageants.

It all amounted to an annoyance for the sleepy, conservative town of Santa Monica, whose leaders craved a reason to eliminate it. One came in 1958 after several weightlifting regulars were accused of molesting underage girls. A city crew tore out the park's equipment overnight, and Muscle Beach was forever closed. The Daily Mail has a great collection of photos from the beach's 1950s heyday. Daily Mail | KCET

Today I learned: In California, DUI convicts are given a so-called "Watson admonishment," which advises them that driving drunk can kill. If they are subsequently involved in a fatal drunk driving crash, they can be charged with murder.

In 2013, a 23-year-old Lodi woman who had gotten the Watson warning was charged with second-degree murder after killing three people while driving on heroin and alcohol. She got 45 years in prison. Stockton Record | Orange County DUI Lawyer Blog 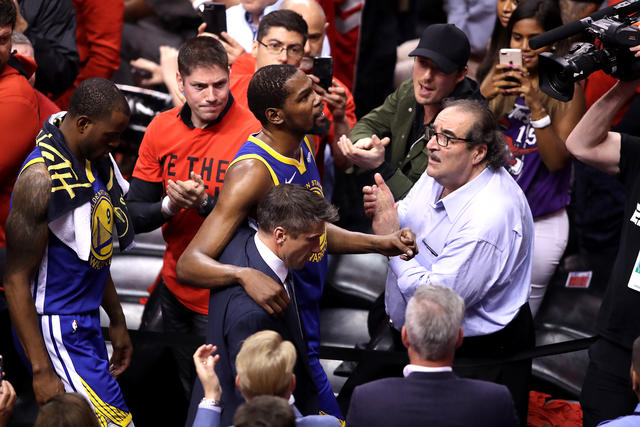 Kevin Durant was helped off the court after hurting his Achilles tendon in Toronto on Monday.

After the Warriors' Kevin Durant hobbled off the court during Game 5 of the NBA Finals, the news was about as bad as it could be for a professional basketball player: He was thought to have torn his Achilles tendon, an injury that almost invariably leaves players lessened. Now scrutiny has turned to whether Durant, who was coming off a calf injury, should have been cleared to play. More crucially, wrote the S.F. Chronicle: "Will he get another chance to make his case for the world's best player?" The Atlantic | S.F. Chronicle

When Durant went down, Raptors fans cheered. Sports Illustrated noted that celebrating sports injuries didn't start in Toronto, but called for it to end there: "Cheering for bodily harm is just gross and ugly." Sports Illustrated 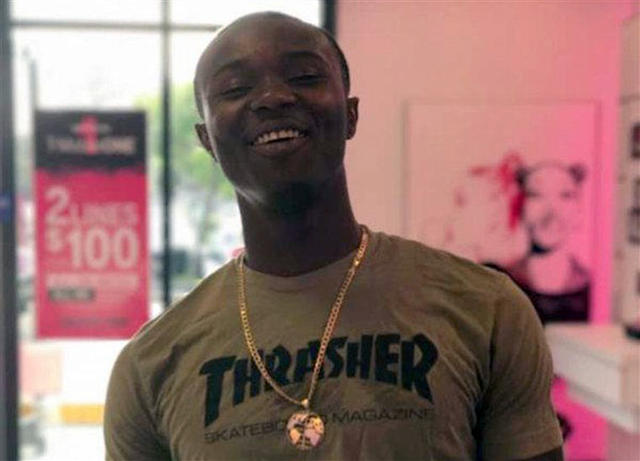 Six Vallejo police officers fired 55 shots in 3.5 seconds at Willie McCoy, a report found. That was deemed "reasonable." The 20-year-old man was killed after being found apparently asleep with a gun on his lap behind the wheel of his car outside a Taco Bell. Officers unleashed the barrage of bullets when he slumped forward. Mercury News | CBS SF

In a signal moment for the alternative meat movement, 111 Burger Kings in the Bay Area are now offering the Impossible Whopper, a burger made with 0 percent meat. The burgers come from Impossible Foods, a Silicon Valley startup that makes patties with heme, a protein cultivated from soybean roots that mimics the taste and texture of meat. Vox | Eater San Francisco 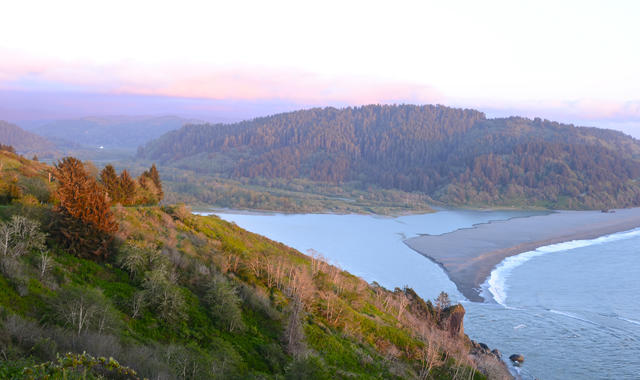 The Klamath River spills into the Pacific in Redwood National Park.

Drive through the tiny hamlet of Requa in California's northwestern corner, continue a mile or so until until there's no more road, and you'll arrive at Klamath River Overlook, among the state's most spectacular but little-visited overlooks. It's a perfect perch for watching seabirds and whales, which congregate to feed where the mouth of the Klamath River meets the sea. L.A. Times | National Parks Traveler 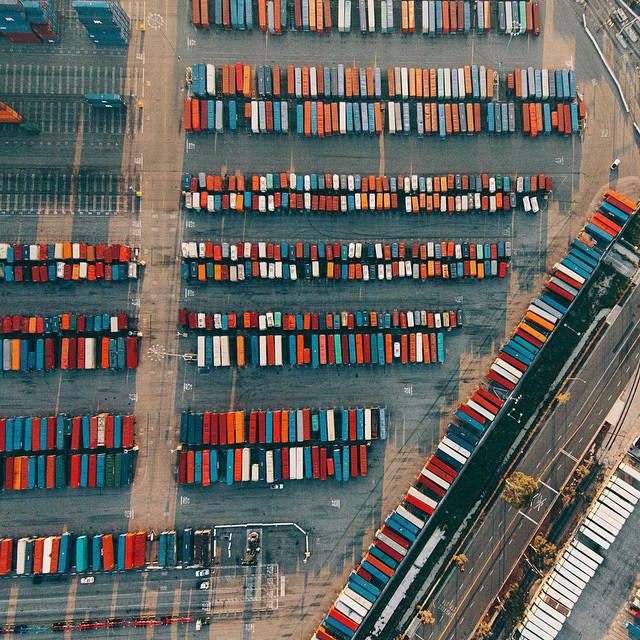 The twin ports of Los Angeles and Long Beach handle 47.5 percent of U.S. containerized trade with China. Thanks to President Trump's tariff war with China, the ports recorded their seventh straight month of export declines in May. "There is a lot of concern about jobs," a port official said. "We have 10,000 dockworkers. If they're not called to do work, they don't earn money." CNBC | L.A. Times

Los Angeles leaders are proposing a tax on landlords who leave their homes vacant amid the city's housing crisis. There are an estimated 93,500 homes sitting empty in Los Angeles. Foreign investors sometimes buy up properties then do nothing with them. "This measure simply says: If you want to have a housing unit in this city, while we are in this crisis, and you insist on keeping it vacant, you're going to participate in helping us solve the problem," a lawmaker said. Curbed Los Angeles | L.A. Times

Long Beach approved a controversial ordinance requiring landlords to pay tenants who are forced to relocate. Someone forced out of a one-bedroom, for example, would get $3,235. Press-Telegram 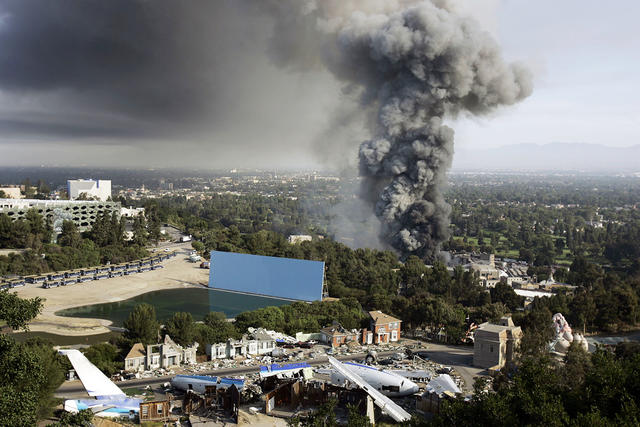 Fire engulfed the backlot of the Universal Studios on June 1, 2008.

In 2008, a fire swept across the backlot of Universal Studios Hollywood. It engulfed a repository for some of the most historically significant material owned by UMG, the world's largest record company. A spokesman declared: "We had no loss." That wasn't true. A N.Y. Times Magazine report says it was the biggest disaster in the history of the music business. 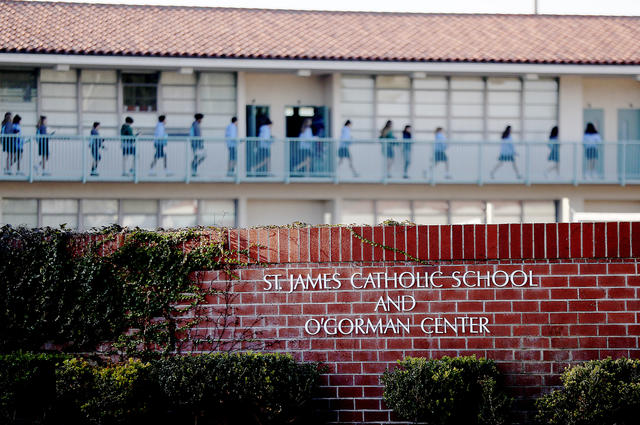 Last December, two nuns acknowledged embezzling as much as $500,000 from a Catholic school in Torrance and using it to fund gambling trips Lake Tahoe and Las Vegas. Yet no one is pressing charges, the nuns have said nothing publicly, and the church is refusing to even say where they are physically located. "For all practical purposes," GQ wrote, "they've vanished." GQ

Gov. Gavin Newsom became the latest to call for a moratorium on racing at Santa Anita after a series of horse deaths. But despite the heightened attention to the issue this year, it turns out that the 29 dead horses in Arcadia are by no means out of the ordinary for California tracks. Santa Anita has averaged around 42 deaths a year since 2008. In 2009, the Los Alamitos track had 73 deaths. CNN 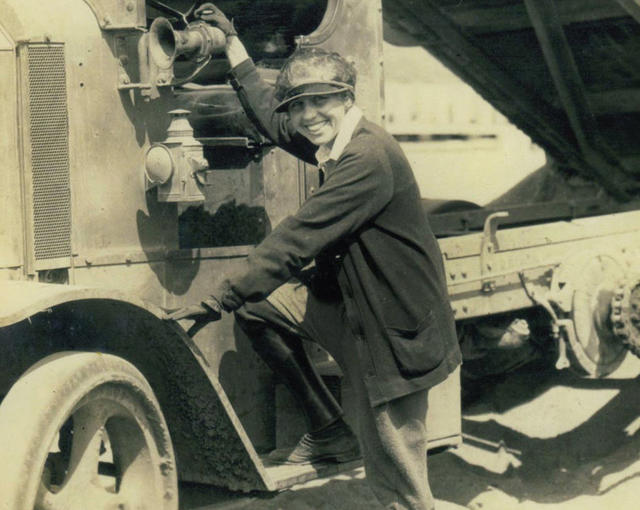 Born in San Diego County on this day in 1889, Lilian J. Rice is credited with helping establish Spanish Colonial Revival as a state architectural style. Among the first women to graduate from the architecture program at U.C. Berkeley, she insisted on harmony between home and site. "She would not grade the land; if there was a boulder, she worked around it," a biographer said. "Had she lived, she would have been on the forefront of Modernism." N.Y. Times | Pioneering Women of American Architecture