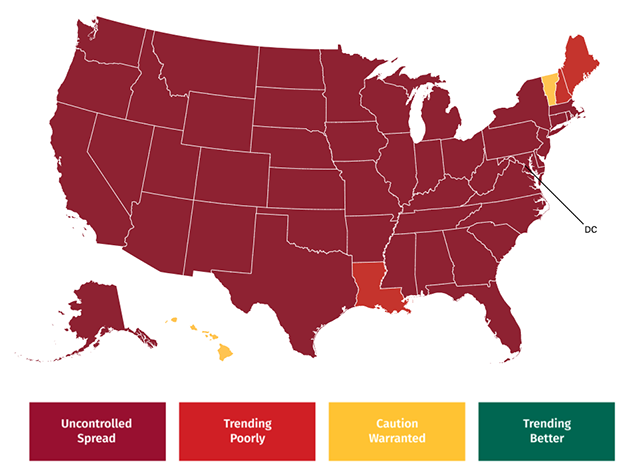 For a time, California stood apart. Now it has joined most of the U.S. in the “uncontrolled spread” category of the coronavirus crisis, according to COVID Exit Strategy, a project that tracks efforts to contain the pandemic. As of Wednesday, California was reporting 162 new cases per million people per day, up from 75 a few weeks ago. S.F. Chronicle | CovidExitStrategy.org

California is on the cusp of 1 million confirmed Covid-19 cases. Only one other state has reached that threshold: Texas. A.P.

Rep. Nancy Pelosi is poised to enter another term as speaker of the House, with her position as safe as ever — despite losing at least six net seats in the chamber. Her leadership team held a private call to strategize, agreeing that the far left needed to be reined in. Pelosi's deputy, Rep. Hakeem Jeffries, said, "Do we want to win, do we want to govern, or do we want to be internet celebrities?” Politico

Fun fact, via @ConorDougherty: With Pelosi in Congress and Kamala Harris headed for the White House, the two highest-ranking women in American political history both came up in San Francisco politics. 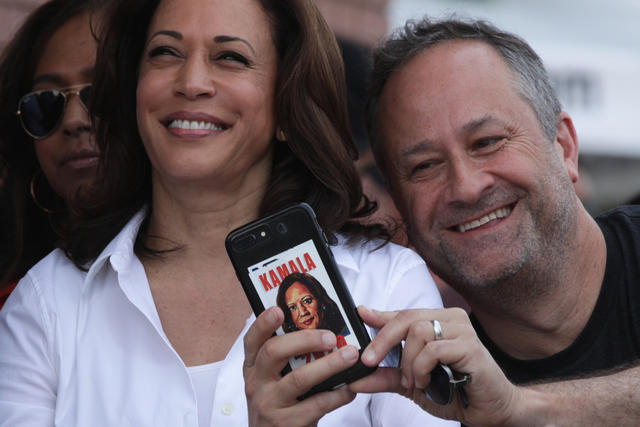 Doug Emhoff, Harris's husband, plans to leave his private law practice as he becomes America's first second gentleman. “We’ve been waiting for this sort of gender switch for decades now,” a political science professor said. “There is a lot of symbolism from a man stepping back from his high-powered career in order to support his wife’s career.” A.P. | N.Y. Times

"When you look at how close the election was, basically a tie vote in the popular vote if you take out the margin of difference in California.”

Sen. Mike Braun, Republican of Indiana, made that curious remark on Wednesday after declining to acknowledge Joe Biden's election victory. An Indianapolis Star columnist explained: "It has become a standard Republican talking point that small towns are Real America and cities, especially coastal cities, are liberal hellscapes. That seems to be the idea Braun is getting at here."

California voters have approved Proposition 19, which gives a break to older homeowners by easing their tax burdens if they move. It also ends a tax break for people who inherit homes but don't live in them. It was dubbed the "Lebowski loophole" after the L.A. Times reported that Jeff Bridges was a major beneficiary of the law. L.A. Times | A.P. 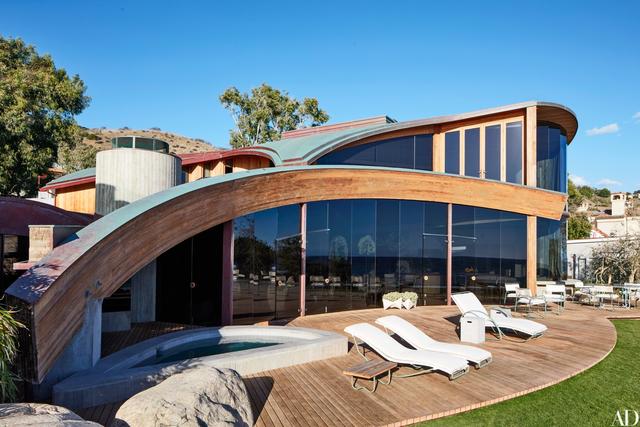 A few years ago, Architectural Digest scoured its archives for a spread of 24 fabulous West Coast homes. Included is the Malibu beach house, pictured above, by John Lautner, a disciple of Frank Lloyd Wright and his philosophy of "organic architecture." Architectural Digest

A reporter checked in on Big Basin Redwoods State Park nearly three months after a wildfire tore through the ancient forest. Will the trees rebound as they did after past fires? Redwoods can handle fire, experts told her, but another threat looms: reduction of the fog that makes redwoods so resilient amid climate change. L.A. Times 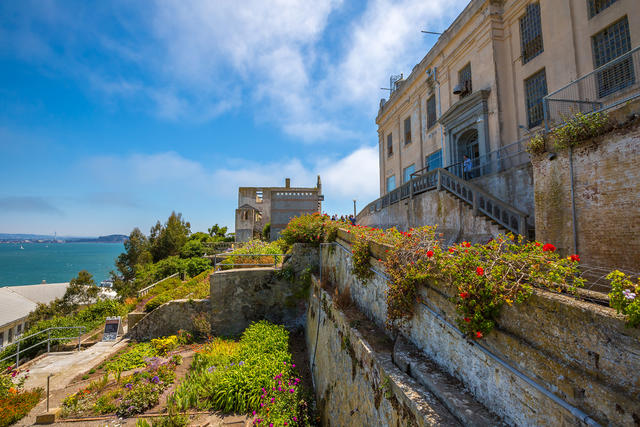 The garden at Alcatraz Island.

Alcatraz Island is a notoriously isolated rock, a place devoid of native vegetation. Yet swaying in the breeze are dahlias, roses, geraniums, cordylines, and more. National Geographic told the 150-year-old story of how a place known for punishing life, not propagating it, became a horticulture haven.

After a dump of natural snow over the weekend, ski resorts across the Sierra have been cranking their snow-making machines with plans to open over the next few weeks. Mammoth Mountain said it would be ready for guests on Friday. S.F. Chronicle | CBS SF

Below, recent views from top resorts. 👇 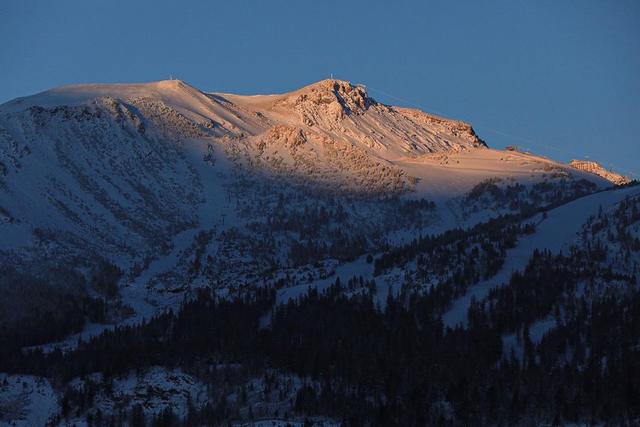 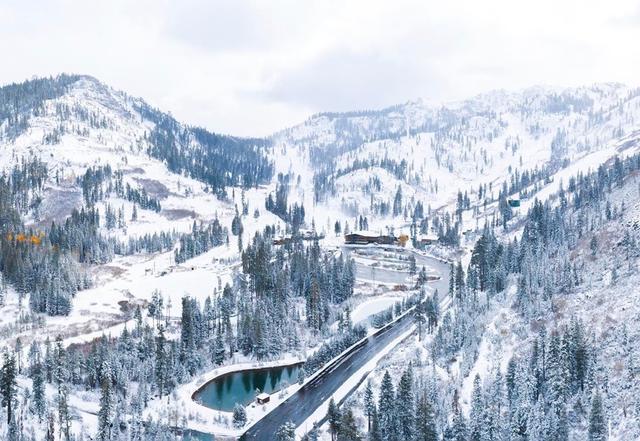 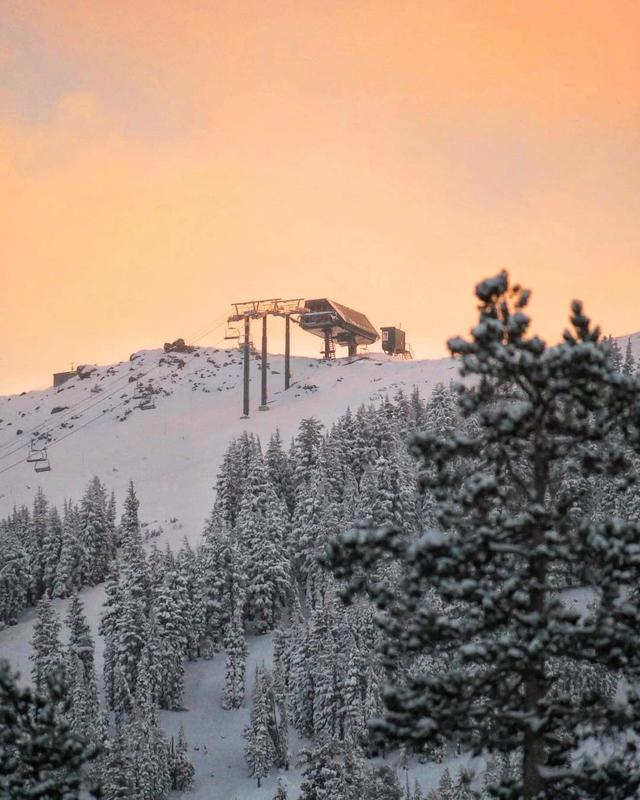 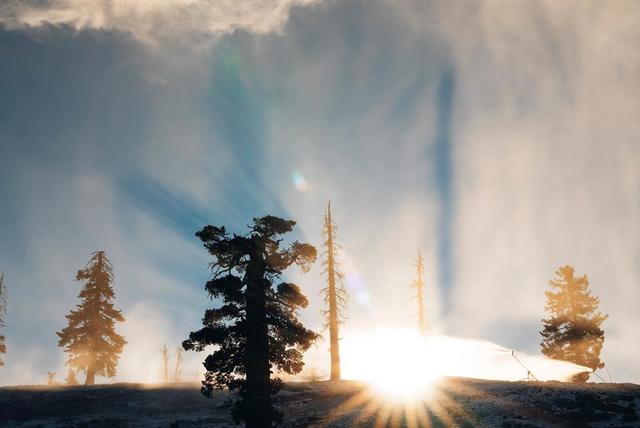 Los Angeles is studying the feasibility of converting the LA Convention Center into a temporary homeless shelter, a stark reflection of how desperate the crisis has become on the city's streets. “We’re in a panic situation along with a pandemic situation," a City Council member said. "Folks on the streets are just suffering." KTLA | L.A. Times

President Trump on Wednesday tweeted a video showing election workers collecting ballots from a Los Angeles drop box on Nov. 4, the day after polls closed, suggesting fraud was involved. "Is this what our Country has come to?" he wrote. The claim was baseless, and the vote collection was standard procedure. The use of drop boxes was a "phenomenal" success, the county's top election official said. PolitiFact | Reuters

A film agency sent a 4K drone over some of Los Angeles's most recognizable places during the height of the coronavirus lockdown back in March and April. They just published a cut of the footage that's both haunting and beautiful. (Sound on recommended.) 👉 YouTube (~6 mins)