As California seeks to ramp up its vaccination campaign, the state has inoculation centers and the personnel to run them — it just lacks enough doses. Many people 65 and older have been rushing to get appointments only to wait in line for hours. A number of counties were close to running out of doses this week. L.A. Times | A.P. 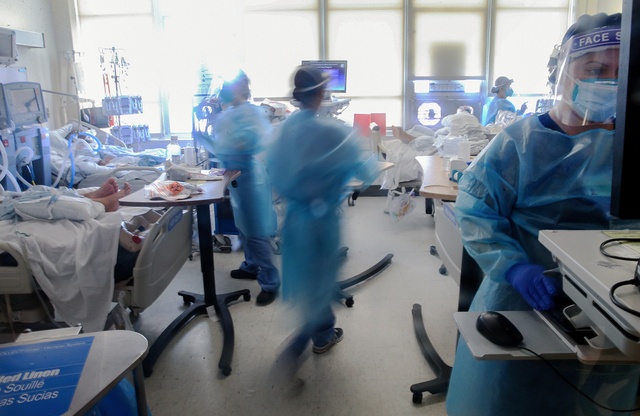 Los Angeles County recorded 30% fewer coronavirus cases this week than it did last week. On two straight days — Wednesday and Thursday — daily infections were fewer than 10,000, the first time that has happened since early December. Hospitalizations were down 7%. “This is progress, but as we’ve been reminded again and again,” Mayor Eric Garcetti said, “don’t let down your guard.” L.A. Daily News

The statewide daily case total on Thursday was 19,673, the lowest since Dec. 2. Covid19.ca.gov

Gov. Gavin Newsom proposed $2 billion in incentives to school districts if they can get kids back into classrooms safely by Feb. 16. One problem: The strings attached mean the fund would actually cost some districts money. The proposal calls for vastly increased testing, for which schools would have to pay. The nonpartisan Legislative Analyst’s Office concluded that the plan is unlikely to hasten a return to classrooms. CalMatters

The inauguration of Biden this week brought renewed hope among California's roughly 2 million unauthorized immigrants. Some of the changes he has proposed in his U.S. Citizenship Act: 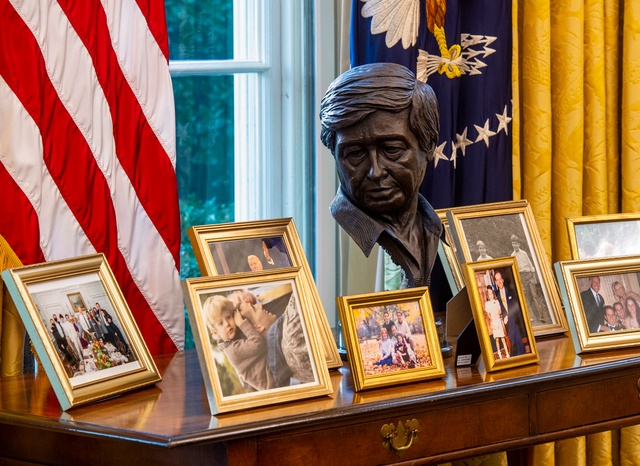 ☝️ On a table in Biden's Oval Office, placed prominently near a collection of family photos, is a bust of the California labor leader Cesar E. Chavez. Fresno Bee | Washington Post

California has been getting in on the Bernie Sanders inauguration mittens meme. 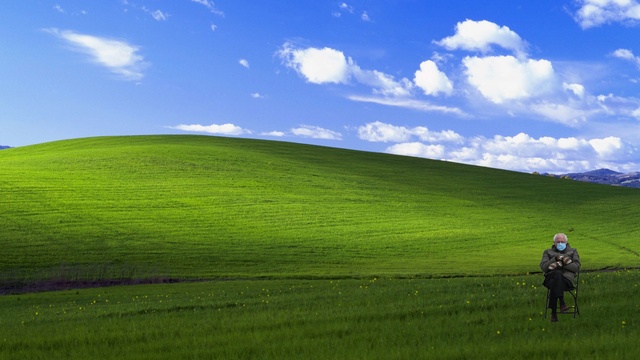 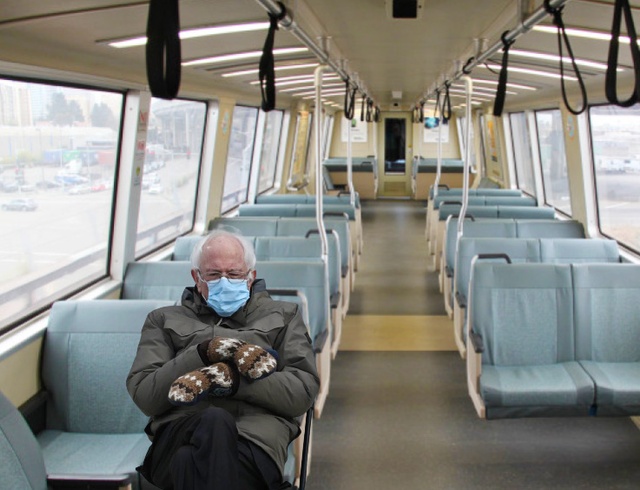 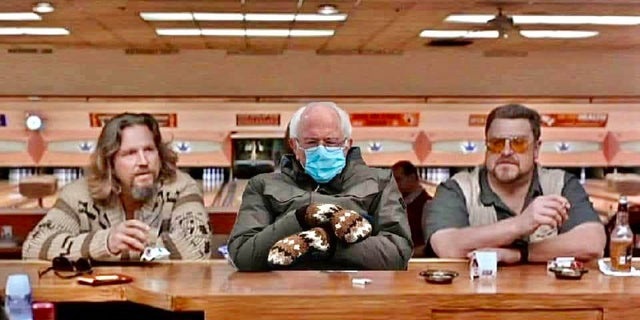 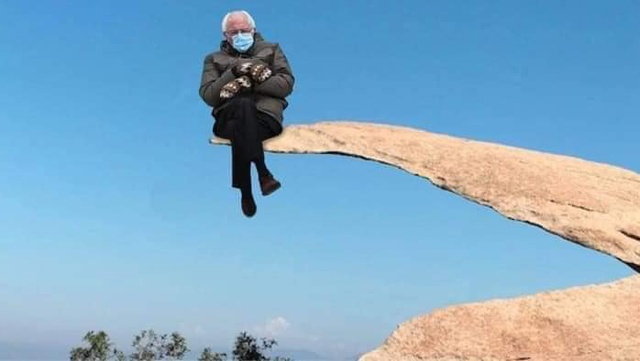 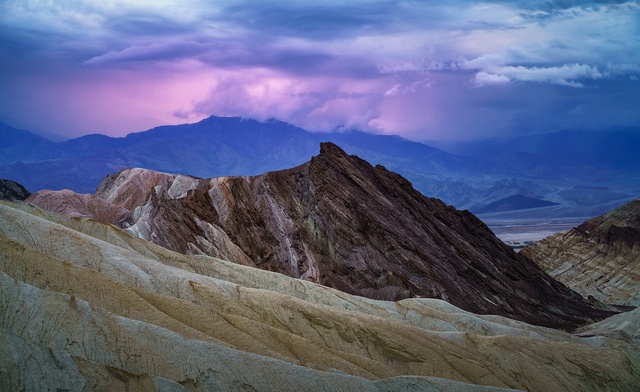 ☝️ Here's a view from the Golden Canyon/Gower Gulch Loop in Death Valley. During the summers, the shadeless desert is no place for humans. But between November and February, temperatures can hover in the 70s. Outside Magazine included the 4-mile Gower Gulch loop, which plunges through gorgeous multicolored badlands and canyons, its list of the eight best winter hikes in national parks.

The Appeal obtained some disturbing video from inside a holding cell at the Vallejo Police Department. A detective, Lt. Kent Tribble, can be seen standing over a detained man in his cell, then suddenly lunging at him and pummeling him in the head. The detainee, Enrique Cruz, was left motionless and bloodied on the floor. Tribble faced no disciplinary action. He was later promoted. 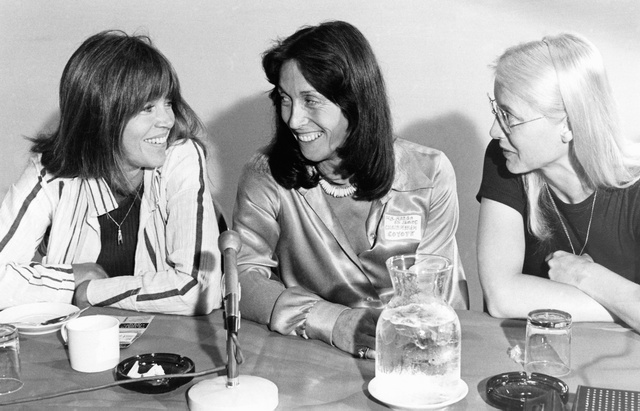 Margo St. James died. An aspiring artist, she emerged from the ferment of 1960s San Francisco to become one of the nation’s most prominent rights advocates for sex workers. Her organization — called COYOTE, for Call Off Your Old Tired Ethics — hosted the Hooker's Ball, for years one of San Francisco's colorful political events. “There is no immorality in prostitution,” St. James said. “The immorality is the arrest of women as a class for a service that’s demanded of them by society.” She was 83. Washington Post | N.Y. Times

On this week's California Sun Podcast, host Jeff Schechtman chatted with Casey Newton, a Bay Area tech journalist and the author of the Platformer newsletter. He discussed the balancing act that social media platforms are trying to perform on free speech. Most people want social media to be like a town square, Newton said. "At the same time, we want the town square to be policed. If you come to the town square to cause mischief or hurt people, we want somebody to remove you." 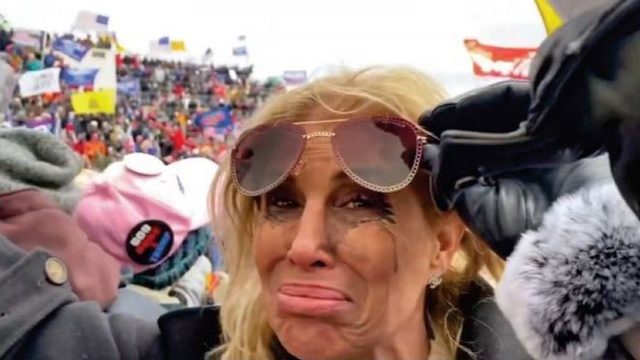 Gina Bisignano, the owner of a Beverly Hills salon, participated in the Jan. 6 siege.

The Southern Californians charged with joining the violent assault on the U.S. Capitol included the owner of an eyelash extension salon, a Beverly Hills concierge doctor, and a fashion model who appeared on a the cover of a raunchy novel. The L.A. Times fleshed out the back stories of the "motley crew" of far-right Californians.

When Donald Trump issued a pardon for a wealthy developer accused of a criminal effort to secure his daughter’s entry to USC, the White House said the move was backed by a university trustee, eliciting shock at the campus. But the trustee, Thomas Barrack, a longtime friend of Trump, denied having anything to do with it. The White House also said the tech billionaire Sean Parker supported the pardon. He too denied playing any role. L.A. Times