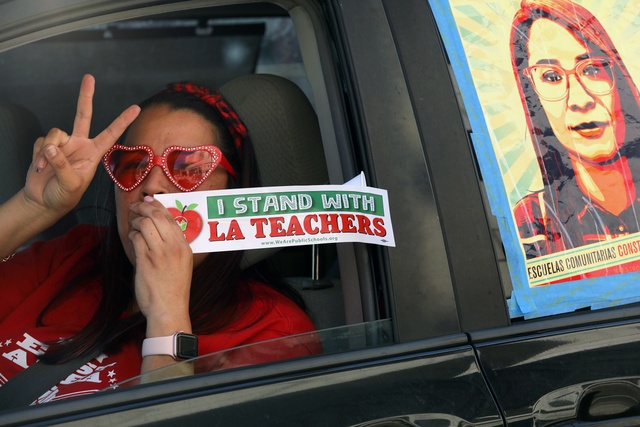 Lorraine Quinones, a teacher, joined a rally on Feb. 20 calling for a safe school reopening in Los Angeles.

Los Angeles Unified and its teachers union announced a tentative deal Tuesday that would restore in-person instruction for the nation's second largest school district in mid-April. The agreement, reached after eight months of negotiations, ended one of California's most intractable reopening standoffs. A key condition: all staff must be fully vaccinated. Politico | LAist

California has the lowest percentage of in-person instruction of any U.S. state. 👉 Burbio

Pasadena had to shut down a vaccination clinic for senior citizens and essential workers after it was flooded by hundreds of ineligible people. Officials said people who did not yet qualify for inoculation, many of them from Hollywood and the news media, claimed 900 of 1,500 slots at the clinic. “Hundreds signed up within the first hour,” a city spokeswoman said. “It was like rapid fire.” L.A. Times | LAist 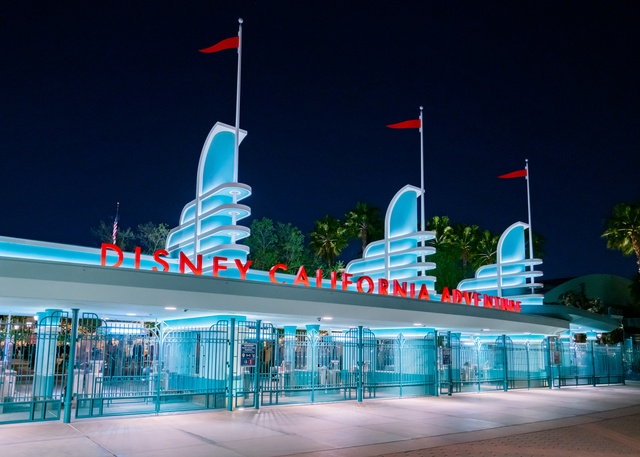 Disney said it planned to reopen its California parks by late April.

After a year of economic devastation, UCLA researchers predicted that in 2021 California would enjoy "one of the strongest years of growth in the last 60 years" thanks to widespread vaccinations and massive federal relief. In December, the quarterly outlook had forecast a "roaring '20s" like the one that followed the 1918 flu pandemic. "The roar is definitely getting louder,” an economist said. L.A. Times 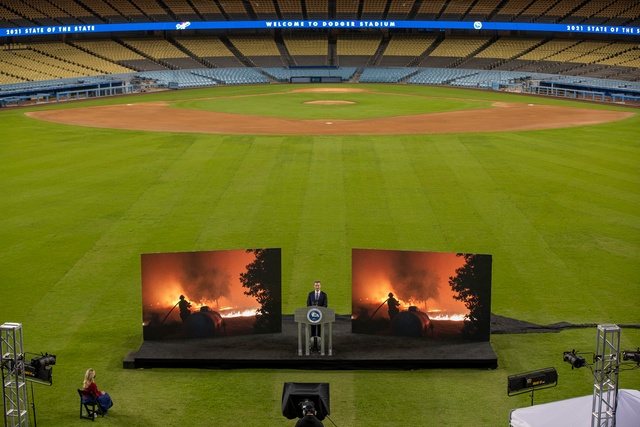 Jennifer Siebel Newsom watched her husband deliver a State of the State at Dodger Stadium Tuesday.

Delivering a State of the State address on Tuesday, Gov. Gavin Newsom acknowledged for the first time the recall effort to oust him from office. “I just want you to know, we’re not going to change course just because of a few naysayers and doomsdayers,” he said. “So to the California critics, who are promoting partisan political power grabs with outdated prejudices, and rejecting everything that makes California truly great, we say this: We will not be distracted from getting shots in arms and our economy booming again. This is a fight for California’s future.” S.F. Chronicle | Politico

As jury selection begins in the trial of a former cop accused of killing George Floyd, the columnist Marek Warszawski recalled the on-camera asphyxiation of Joseph Perez by Fresno officers in 2017. Perez, a 41-year-old husband and father of two, hadn't committed any crime. Officers who had gotten reports of a man "acting strange" smashed Perez into the ground, then placed a backboard on him and sat on it. “Help, I can’t breathe,” he called out. "You're fine," came the reply. Perez's death, wrote Warszawski, was state-sanctioned homicide. Fresno Bee

The N.Y. Times wrote about how it's a weird time to become rich in Silicon Valley. As the pandemic has ruined lives, in the past six months at least 35 Bay Area companies have gone public for a combined market value of $446 billion. One memorable detail from the story: It's a thing among startup types to refer to I.P.O. windfalls as giraffe money, "an apparent reference to wealth that can support casual giraffe ownership." 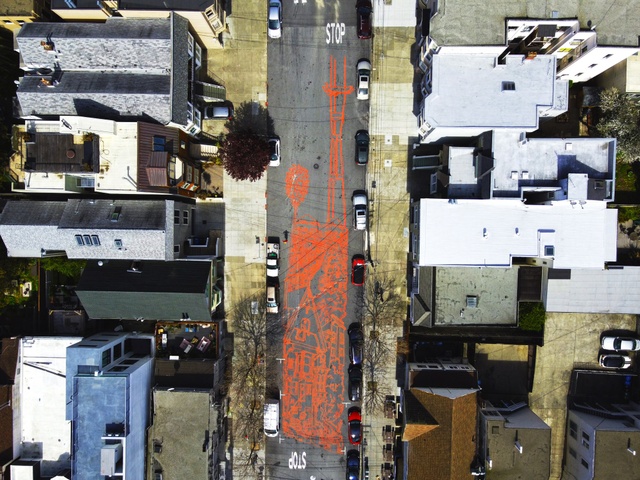 The artwork, lovingly created by San Francisco muralist Amos Goldbaum, was funded by a neighborhood group promoting a Slow Street, part of a traffic-limiting program that has risen in popularity during the pandemic. The mural stretches a full block and depicts Victorian houses, Sutro Tower, and a lone palm tree. It's best viewed via drone. 👉 @sfchronicle

"Is Slack down for you?"

Here what it's like to hang at the park in San Francisco. 👉 @yayalexisgay 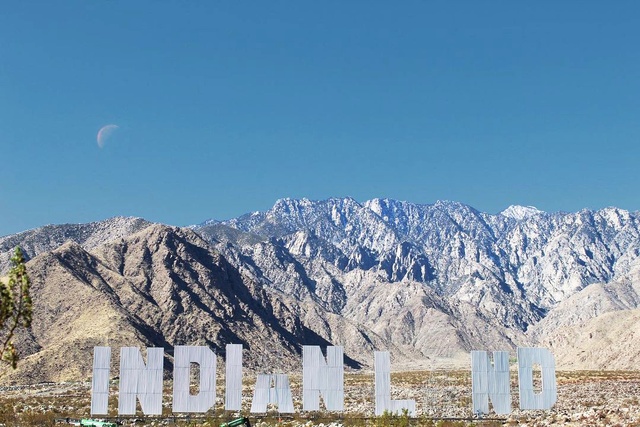 Desert X — the free, Instagram-optimized art biennial in the Southern California desert — begins Friday and people are already flocking to see one of the installations. Pictured above, "Never Forget" by Native artist Nicholas Galanin makes a comment about the meaning of monuments. Desert X 2021, running March 12 to May 16, will feature 13 artworks that organizers say "pose urgent questions about our pasts while imagining the possibilities of a shared future.” The Desert Sun offered a preview. 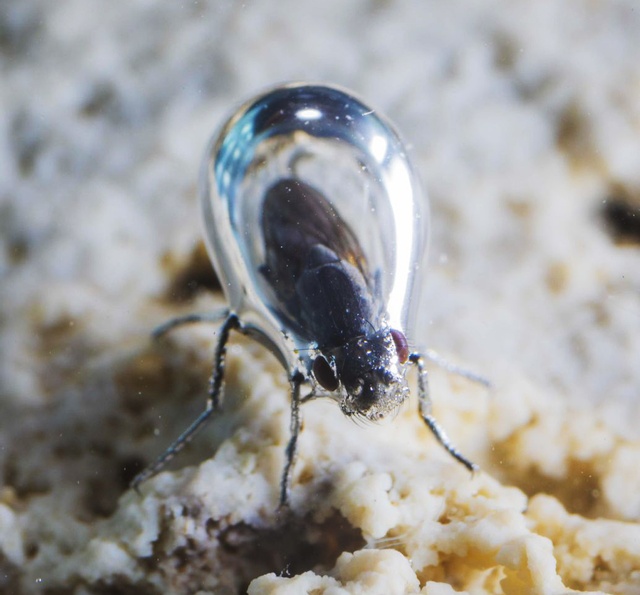 A bubble around the alkali fly lets it dive underwater.

Fun fact: There are flies in the Eastern Sierra that can dive 20 feet underwater for up to 15 minutes at a time. Mark Twain took note of the bizarre insects at Mono Lake in 1872: "You can hold them underwater as long as you please," he wrote. "They do not mind it — they are only proud of it." It wasn't until 2017 that scientists cracked the mystery. The fly species Ephydra hians uses tiny body hairs to generate a full-body air bubble that both protects against Mono's super-salty water and serves as a scuba tank as the fly feasts on underwater algae.

The flies' victory over the inhospitable lake is reflected in the skies over the Western Hemisphere. Numbering as many as 100 million in the summers, the flies are gobbled up by millions of birds, including a large percentage of the state's California Gull population, which meets there in the spring to rear their chicks. The gull begging for a bite of your taco at the beach the other weekend quite possibly filled its belly at some point with the scuba-diving flies of Mono Lake. bioGraphic | National Geographic

Tuesday's newsletter misspelled the name of a Mission Local writer. His name is Joe Eskenazi, not Joe Eskanazi.