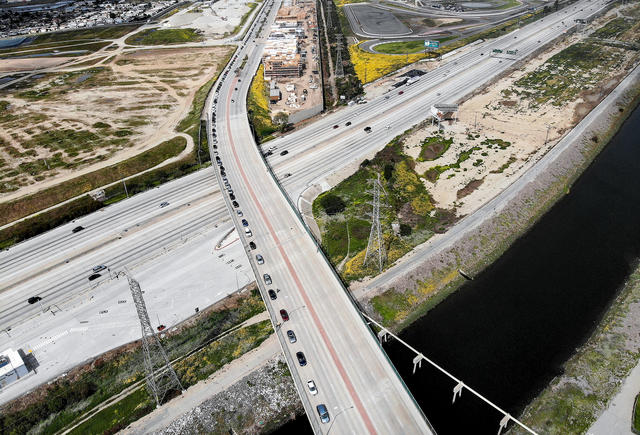 Cars lined up at a food bank in Carson in April.

In April, California offered relief payments of $500 to unauthorized immigrants. A nonprofit administering the funds got so many calls on the first day that phone lines crashed. Over the summer, lawmakers approved additional payments of $600 to buy groceries. The bill was unopposed. But on Tuesday, Gov. Gavin Newsom vetoed it, saying California can't spare the money. A.P.

California's public health agency said playgrounds could finally reopen. Many families were angered to see playgrounds wrapped in orange fencing long after places like bars and restaurants reopened. One lawmaker suggested they had simply been overlooked in the state's reopening plan.

After the reopening announcement, KPBS landed an exclusive interview with James McCann, 4, in San Diego: "I'm going to play on the slide," he said. KPBS | S.F. Chronicle

Seven more counties were cleared to resume indoor dining and other activities on Tuesday. See your county's reopening status. 👉 Covid19.ca.gov

A man accused of plowing his truck into a crowd of Black Lives Matter protesters in Pasadena over the summer was transforming his family's Lodi vineyard into a training camp “to prepare to engage in civil disorders,” according to a federal complaint. Benjamin Jong Ren Hung, 28, of San Marino, displayed flags associated with far-right extremist groups and amassed an arsenal of firearms and tactical equipment, the complaint said. He was being held without bail. Washington Post | KABC 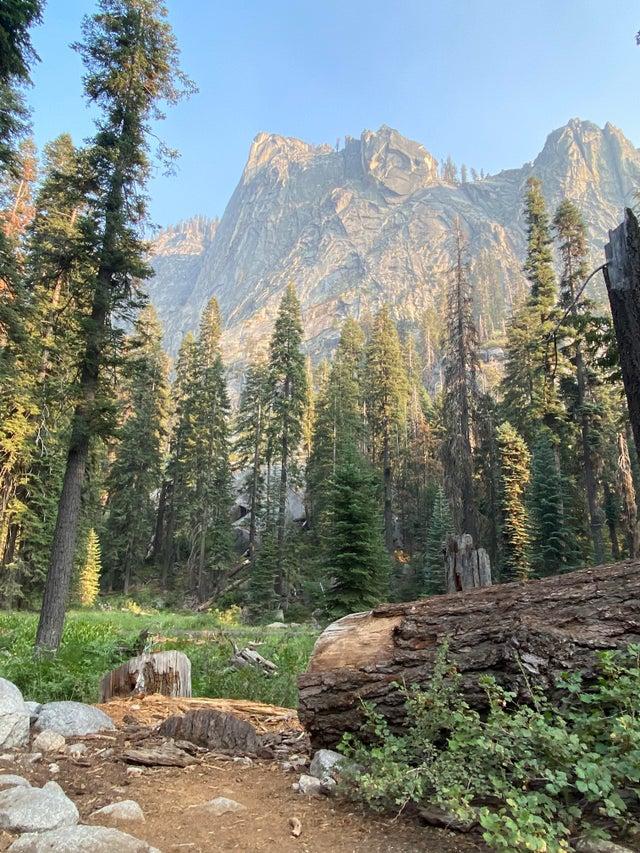 “In God's wildness lies the hope of the world.”
— John Muir

In an unsettled world, the granite towers of the Sierra Nevada stand unperturbed. Made of the basic bedrock of the earth’s crust, they were thrust into the sky by tectonic forces millions of years ago. Later, glaciers advanced repeatedly through the valleys, carving away the land and flushing it down the mountain.

But the granite remained, too strong to be moved by mere ice. The resulting juxtaposition of gray towers soaring high above verdant valleys — as in Sequoia National Park’s Tokopah Valley, pictured above — created the scenery that Muir saw as the clearest expression of the divine.

At less than 2 miles from your car, Tokopah Valley is one of Sequoia National Park’s easiest and most rewarding hikes. Outdoor Project

The losses of the Glass fire came into clearer focus Tuesday as firefighters battled the raging blaze. At least 80 homes have been lost, along with properties on the grounds of at least 12 wineries. Factor in widespread damage to the vines, wrote the Chronicle, and the hit to Napa's wine industry is "nothing short of catastrophic." S.F. Chronicle | Press Democrat

This map illustrates the vast patchwork of burn scars across wine country since 2015. 👉 S.F. Chronicle 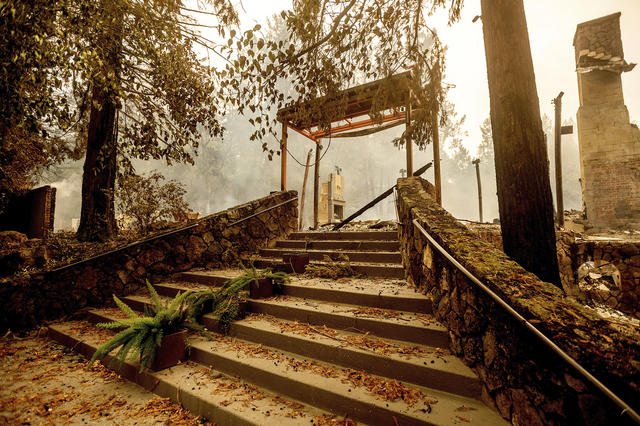 The Restaurant at Meadowood, a three-star Michelin destination in St. Helena, has been reduced to ash. Destroyed in the Glass fire, the restaurant held a significant position in American food culture. The owners vowed to rebuild, making them unusual in a region so frequently battered by disaster, said the Chronicle food writer Soleil Ho: "It’s difficult to imagine anyone else wanting to build other new restaurants of its caliber here." S.F. Chronicle | Eater San Francisco 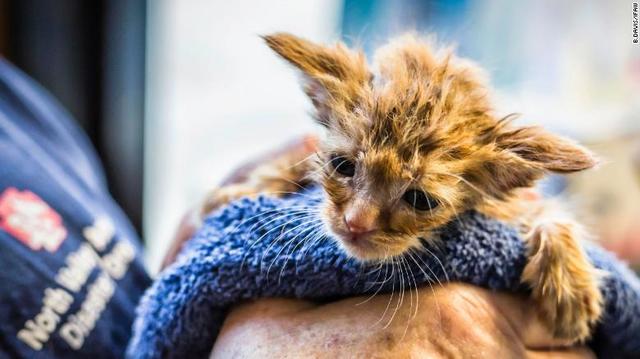 ☝️ This kitten rescued from the North Complex fire in Butte County has been nicknamed Baby Yoda. Firefighters found her in the middle of a road and rushed her to a shelter, where she was cleaned up and fed. "She is doing great," a shelter spokesman said. "Baby Yoda will have no problem finding a home." CNN

Flashback: Alex Honnold, the superhuman rock climber who ascended El Capitan without a rope, once climbed the vertical brick facade of a building in San Francisco's Financial District, also without a rope. He said he tried not to put too much weight on any one point, knowing the brick could potentially crumble beneath his toes: "So if I did blow a brick or something I'd be sort of OK still, maybe." 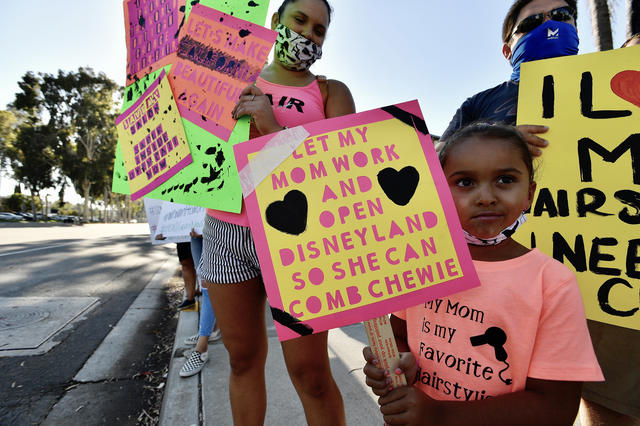 Disney said it would eliminate 28,000 theme park jobs, or about 25% of its domestic resort work force. While the Burbank company's parks have reopened in Florida and overseas, the Anaheim parks remain shuttered. In a statement, Disney blamed the layoffs in part on California's "unwillingness to lift restrictions." L.A. Times | CNBC

The San Diego Police Department is investigating an officer accused of mocking the death of a man he shot. In June, Officer Jonathon Lucas and another officer opened fire on Leonardo Hurtado Ibarra, who was accused of pulling a gun after an alleged robbery. Last week, Lucas was said to post an image from a memorial for Ibarra superimposed with laughing emojis. San Diego's police chief said he was "shocked and disturbed." S.D. Union-Tribune | Times of San Diego

Two Marine Corps aircraft collided over the eastern Coachella Valley on Tuesday. The military said an F-35B fighter jet made contact with a KC-130J tanker during a mid-air refueling operation. The tanker made an emergency landing in a carrot field. The pilot of the jet ejected, parachuting to safety, as his aircraft crashed to the ground near the Salton Sea. Desert Sun | A.P. 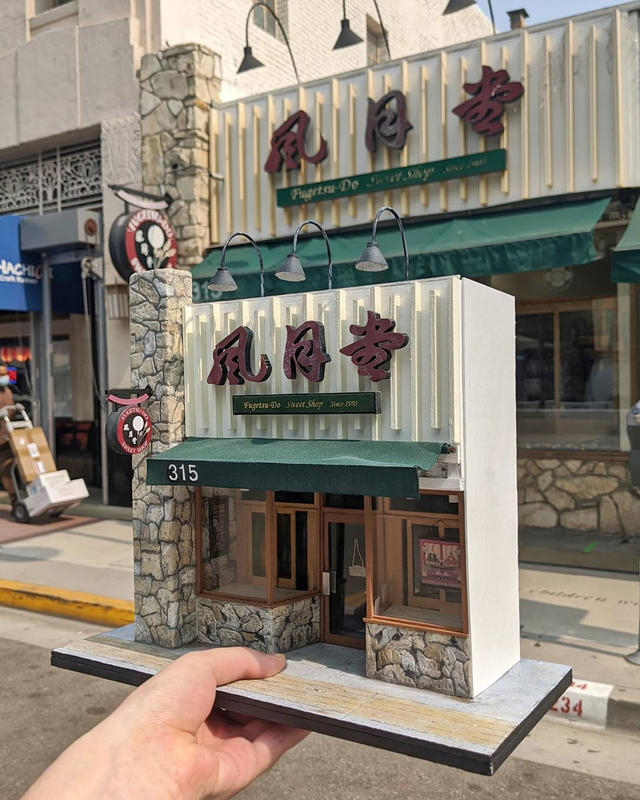 A hobbyist has been using his downtime during the pandemic to create meticulous miniatures of Los Angeles landmarks.

Kieran Wright, a 23-year-old originally from New Zealand, told Los Angeles Magazine that he fell in love with Southern California architecture after moving to Los Angeles three years ago. Furloughed from his job, his restlessness led to inspiration while admiring a diorama of Disneyland at a museum. Wright has so far posted images of seven completed projects. His most recent, Fugetsu-Do in Little Tokyo, pictured above, became a sensation on social media.

Check out a few more images below, and follow Wright's Instragam here. 👉 @smallscalela 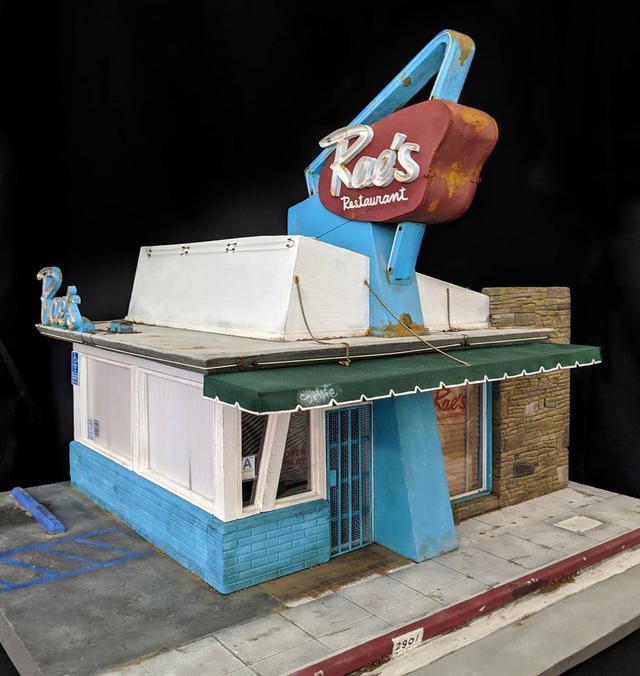 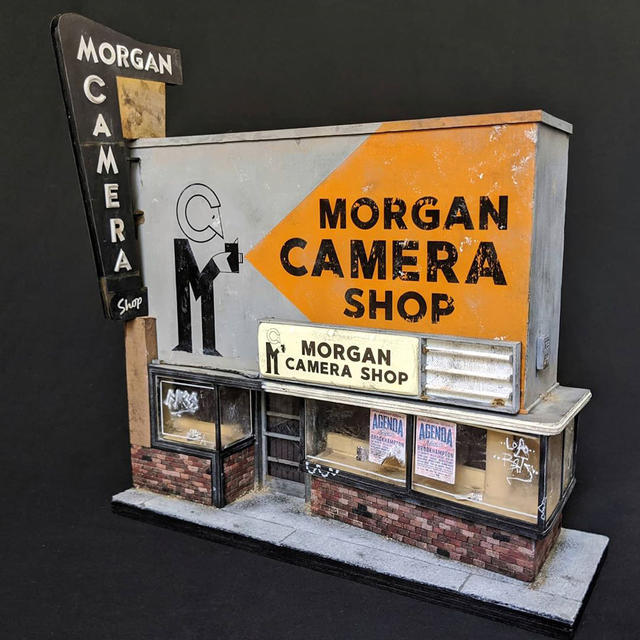 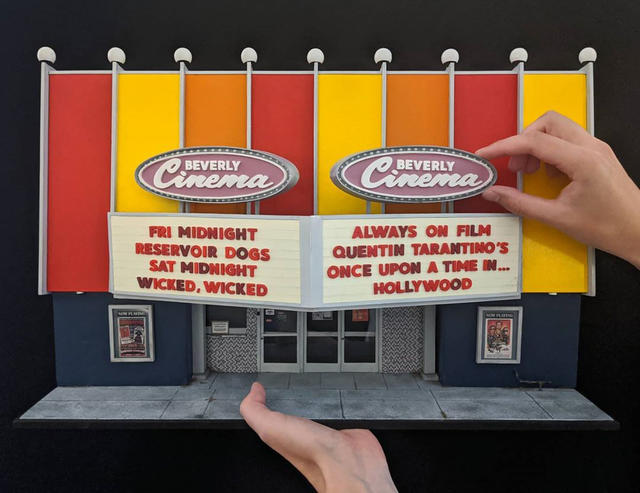