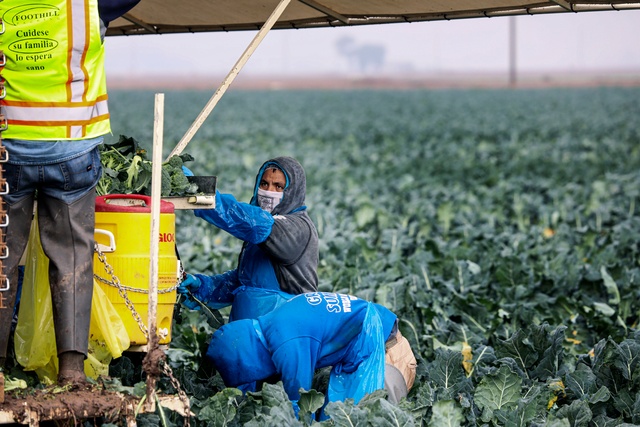 An agricultural research group interviewed 60 California farmworkers for a study on conditions in the field. One worker said a foreman ignored Covid-19 cases until people started dying. Another described his employer laughing when they asked for face masks. "It feels like we’re not essential," the worker said, "as if we are useless trash that you can throw away." CalMatters

Los Angeles Police Chief Michel Moore said Tuesday that any protest disrupting vaccinations at Dodger Stadium would be met with quick arrests. The authorities were accused of acquiescing to protesters who roamed the queue of cars on Saturday, heckling motorists and forcing a temporary shutdown. Now a protest zone has been designated where people can exercise their 1st Amendment rights. Anyone who strays, said Moore, may end up in handcuffs. L.A. Times | L.A. Daily News 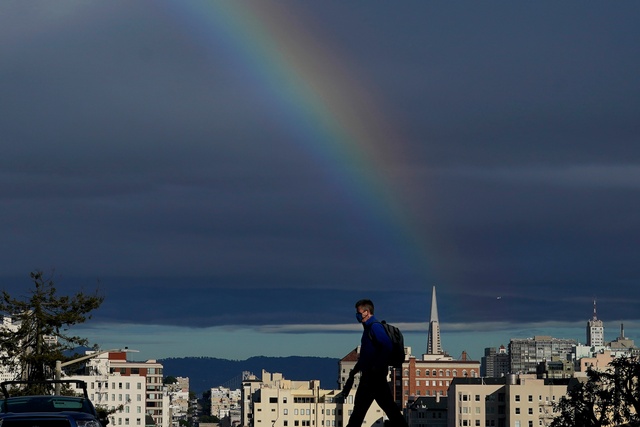 Gov. Gavin Newsom's popularity with voters has plummeted. A poll by Berkeley's Institute of Governmental Studies found that just 46% of Californians now approve of his performance; 48% disapprove. That represents a major slide from just four months ago, when Newsom had a 64% approval rating. With a recall campaign looming, more than a third of Californians said they would vote to oust him. S.F. Chronicle | CalMatters 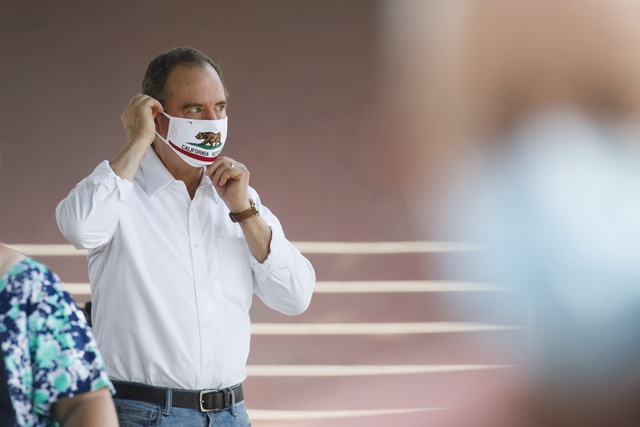 Rep. Adam Schiff has been angling for California attorney general.

The L.A. County congressman has been lobbying Gov. Gavin Newsom to be appointed as the state's top law enforcement official after the current attorney general, Xavier Becerra, joins the Biden cabinet. Speaker Nancy Pelosi has advocated on Schiff's behalf, sources told Politico. The pick could offer Newsom some star power by association, while positioning Schiff for a run for governor or Senate. Politico | Axios 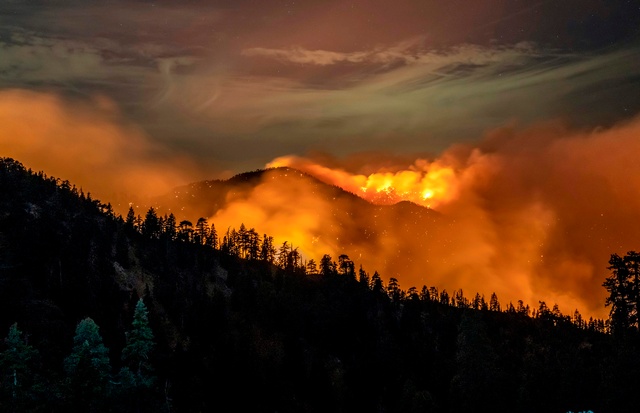 The Bobcat fire raged in the Angeles National Forest in September.

At one point in August, 560 "known" fires were burning in California. The smoke got so bad it shrouded the sky in New England. As the climate continues to warm, last year's record-breaking conflagrations will likely be overtaken by new ones. Writing in National Geographic, Elizabeth Kolbert asks whether these are rightly called natural disasters. "Perhaps we should call them what they are: disasters of our own making."

On the same day that the private investigator Jack Palladino, 76, was fatally attacked outside his San Francisco home, a man ran up to an elderly man in a nearby neighborhood and pushed him violently to the ground. Vicha Ratanapakdee, 84, also died. Video of the seemingly random assault has generated widespread outrage. The suspect, 19-year-old Antoine Watson, faces murder charges. KGO | KRON 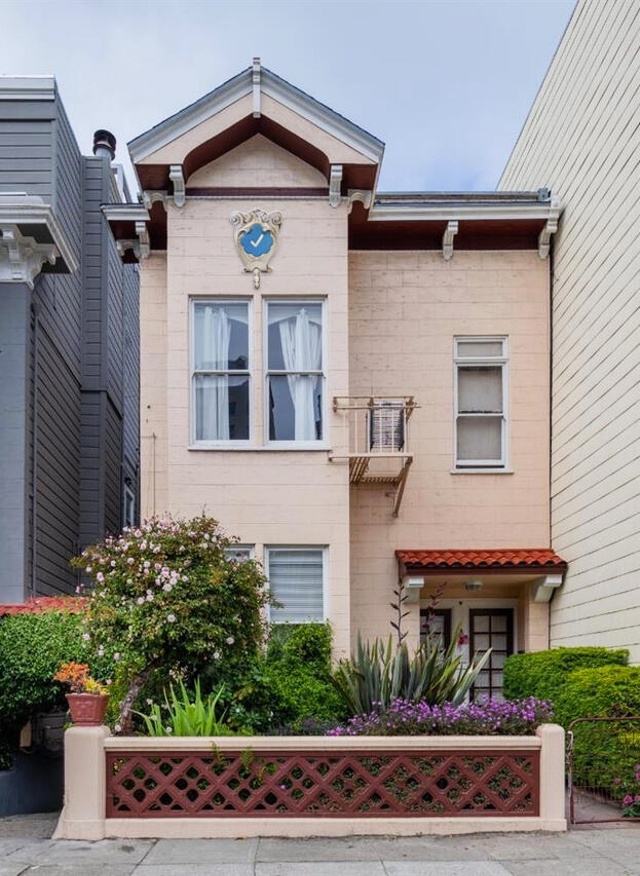 The blue check "lets people outside know that you're an authentic public figure," the fake company said.

On Friday, a San Francisco artist announced the rollout of a new service allowing Bay Area residents to have a blue badge — similar to ones used on Twitter — installed on their homes to verify themselves as influencers or public figures. It was satire. But the Blue Check Homes website received nearly 500 applicants. Some got the joke; many did not. SFGate.com 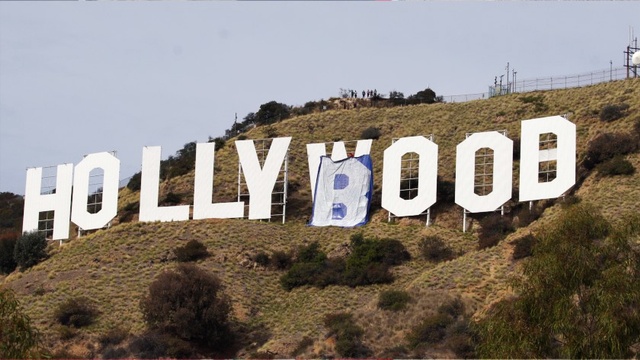 Several people were arrested for altering the Hollywood sign on Monday.

The pranksters who changed the Hollywood sign to read "Hollyboob" on Monday say it was an act of protest. Two social media influencers who substituted two "Bs" into the iconic sign said they were making a statement against censorship at Instagram, which banned one of their accounts over nudity. Many commenters online detected another motive: self-promotion — in which case, mission accomplished. L.A. Times | Vice 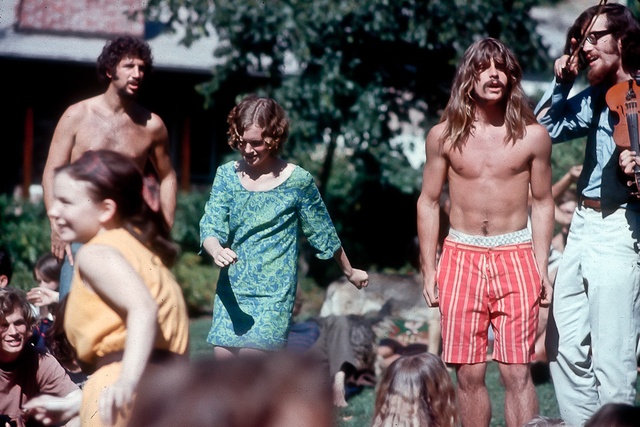 After the hippies but before the techies there was a golden era in Berkeley, when the parks, cafes, and bookshops buzzed with energy. There to capture it was the photographer Richard Friedman, who published a fantastic collection of 42 images captured between the late 1960s and early '80s. “For a lot of people who lived here, to see what downtown looks like now is depressing,” Friedman told the Sun. “But they just shrug their shoulders and say, 'Oh well, that's capitalism.'" 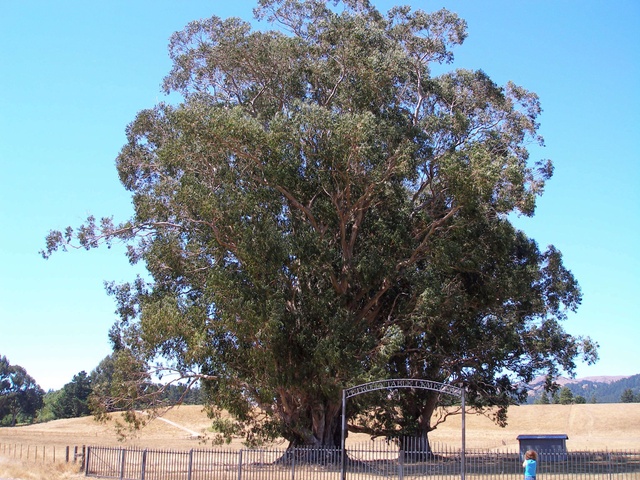 The largest documented eucalyptus in the U.S. hovers over the Petrolia Table Cemetery.

America's largest bluegum eucalyptus tree rises from a humble cemetery along the Lost Coast. But it only earned the designation after a duel. The discoverers of the Petrolia specimen were challenged by none other than Clint Eastwood, who claimed to have the largest eucalyptus on his Carmel ranch. When the Hollywood gunslinger heard of the competing claim, he was said to growl in reply: “Let the best tree win.” In 2002, scientists wielding clinometers rode out and, after careful measurements, determined that the Petrolia tree was bigger by a substantial margin, measuring 141 feet tall and nearly 49 feet around. The news did not make Eastwood’s day. Roadside America | American Forests

An item in Tuesday's newsletter misstated the penal institution where Christian Madrigal was chained inside a cell and later died. It was Alameda County’s Santa Rita Jail, not Santa Clara County Jail.