The fight against coronavirus has been hamstrung by a shortage of testing kits and labs. But California has been stepping up. Five University of California medical centers announced Wednesday that they were launching in-house testing, making the health system among the first in the country to do so. Commercial labs increasingly have been coming online as well, with the expectation that they'll be able to handle more than 5,000 tests a day. That's compared to roughly 1,140 total coronavirus tests conducted in the entire state so far. S.F. Chronicle | Sacramento Bee 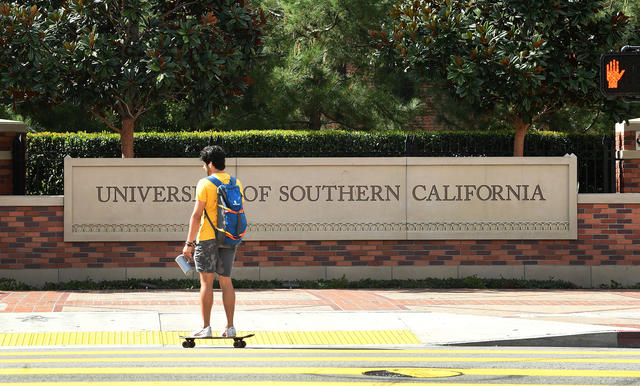 USC, seen Wednesday, is one of many California schools that have halted in-person classes.

Things you can't do now: visit a state prison, go to to a Lakers game, see "Hamilton" in San Francisco. Life has been getting more constrained by the day in California. On Wednesday, San Francisco became the latest jurisdiction to ban all large gatherings within city limits. S.F. Examiner | S.F. Chronicle

News that the Bay Area's own Tom Hanks and his wife, Rita Wilson, have the coronavirus served to give the disease a very famous, and beloved, face. ("They're not trippin,'" the couple's son Chet assured fans.) Among other newly announced infections were first cases in Pasadena and Tulare and Stanislaus counties. Los Angeles County reported the fourth death in California, a woman in her 60s with underlying health issues. N.Y. Times | Deadline

The latest totals on confirmed cases, according to live trackers by the S.F. Chronicle and N.Y. Times: 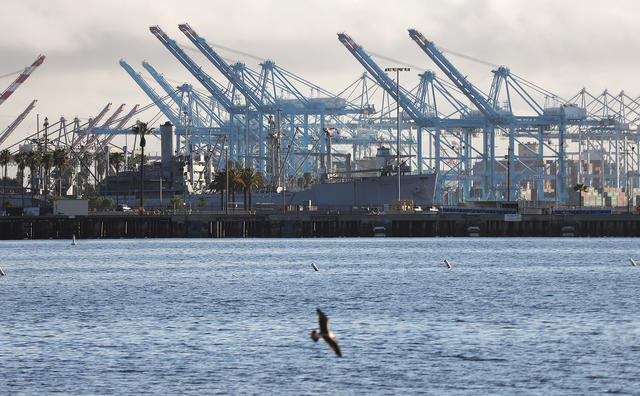 Cranes stood idle at the Port of Los Angeles in San Pedro on Wednesday.

A ripple effect of the pandemic: Layoffs. At the Port of Los Angeles, 145 drivers have been laid off and others have been sent home without pay as container traffic from China has dwindled. Other industries that have been hit hard: travel agencies, cafes, and hotels. Business owners have compared it to the aftermath of 9/11. Washington Post | S.F. Chronicle

As residents avoid the public and workers stay home if they can, the normally congested freeways and bridges of the Bay Area have been eerily empty. Subway cars have been carrying about three-quarters their usual payload. Normally bustling tourist destinations, offices, and college campuses feel like ghost towns. SFGate | Washington Post

With flight prices falling, a 20-year-old woman in the Central Valley pounced, booking summer trips to Vancouver, New York City, and Portland. "I feel like if the coronavirus would get even more serious and like wipe out a large amount of people, I might as well be somewhere having fun," she said. Another woman put it this way: "If I die, I die." NBC News

A Madera County social worker intentionally threw out 357 child abuse reports instead of investigating them last year, a Fresno Bee investigation found. Many involved allegations of physical or sexual abuse. Internal emails showed county employees scrambling to reconstruct the abandoned referrals. "All those reports could have led to a child's death," one worker said. Fresno Bee 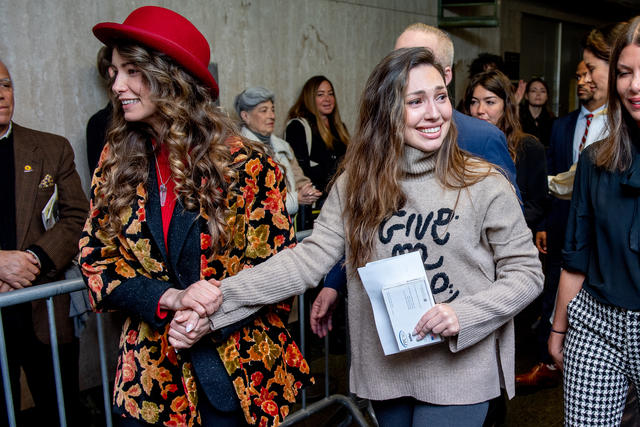 Two rows of the courtroom were filled by Harvey Weinstein's accusers as he learned his sentence on Wednesday. Moments earlier he had delivered a rambling monologue during which he likened his experience to Hollywood figures blacklisted in the 1950s. "I'm totally confused," he said. "I think men are confused about all of this." The judge was unmoved. The sentence, 23 years, means Weinstein could very well live out his days behind bars. N.Y. Times | NPR

Berkeley banned landlords from conducting background checks on prospective tenants. The measure is intended to eliminate housing barriers for formerly incarcerated people trying to get back on their feet. Some property owners aren't happy. One warned tenants in a letter that "a convicted violent criminal may be moving into your building." Berkeleyside | S.F. Chronicle

A few updates from Election Day:

The Amargosa River is a nearly 200-mile ribbon of water that defies one of the country's hottest and driest landscapes. The only free-flowing river in the Death Valley region, it begins in Nevada then meanders alternately above and below ground, creating oases along the way that brim with endemic species. Its nickname: "the hide-and-seek river." N.Y. Times

Multicolored rock, dense greenery, and prolific wildlife. Below are a few views from a trail along Amargosa Canyon, one of two places where the river flows above ground year-round. 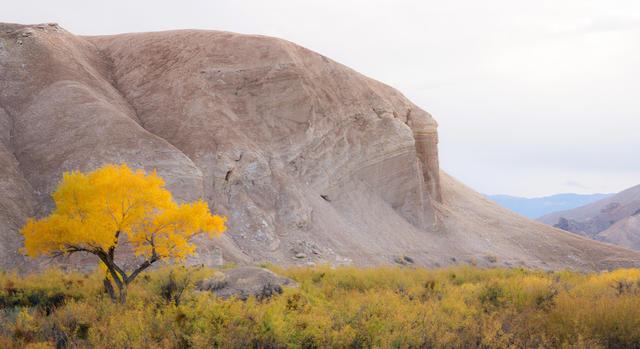 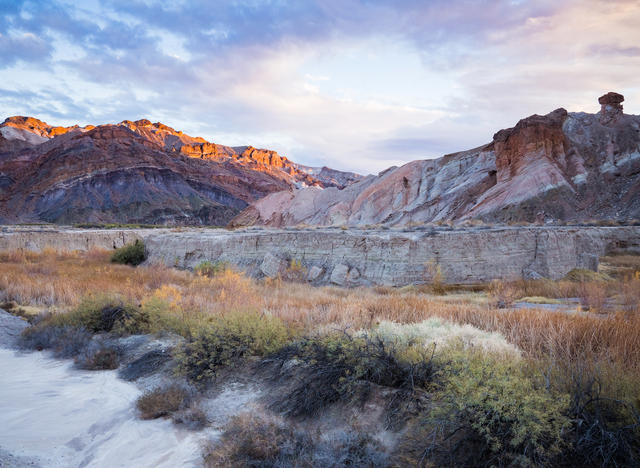 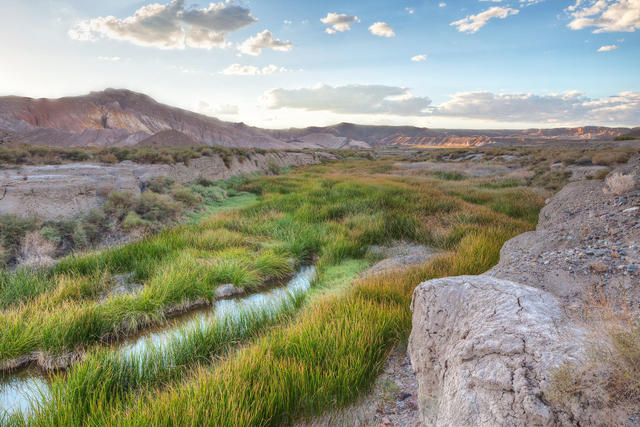 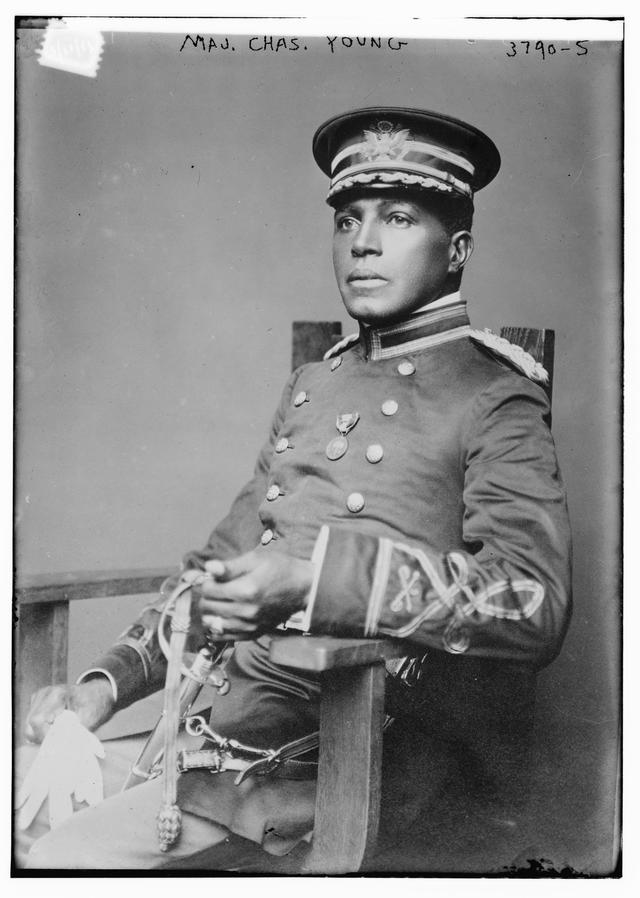 This striking fellow is Charles Young.

Born into slavery in Kentucky on this day in 1864, he was among the first African Americans to graduate from West Point, the first to rise to colonel in the Army, and the first to become a superintendent of a national park. In 1903, Young was assigned to manage Sequoia National Park, which was only 13 years old at the time and still largely inaccessible.

He only served one season, but Young and his troops blazed more roads in the park than had been established in the three previous summers combined. Many are still in use today, having paved the way for millions of park visitors across more than a century. It was fitting then that last November a section of the main artery into Sequoia National Park was renamed. One of the first things motorists along Route 198 now see when entering the park is the sign, "Colonel Charles Young Memorial Highway." NPS.gov | Visalia Times-Delta