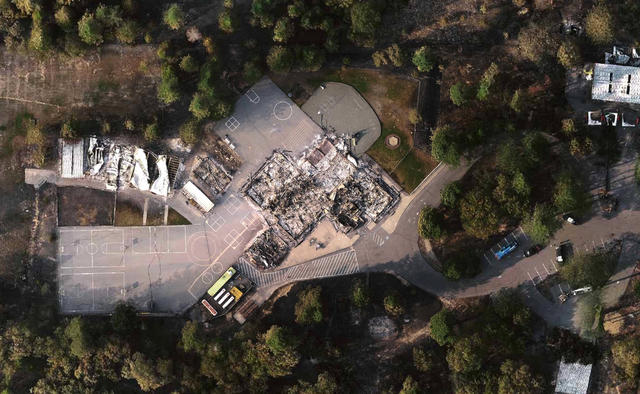 Berry Creek's only school was reduced to ashes.

Record-breaking heat. The driest air in decades. Hurricane-force wind gusts. And a spark.

Here's an engrossing deep dive into the confluence of factors that propelled a wall of flames across 25 miles of the Sierra foothills in a single night, killing 15 people and destroying the town of Berry Creek. 👉 Washington Post

The Forest Service has a backlog of millions of acres' worth of projects aimed at preventing wildfires. They're on hold because of lack of funding. L.A. Times 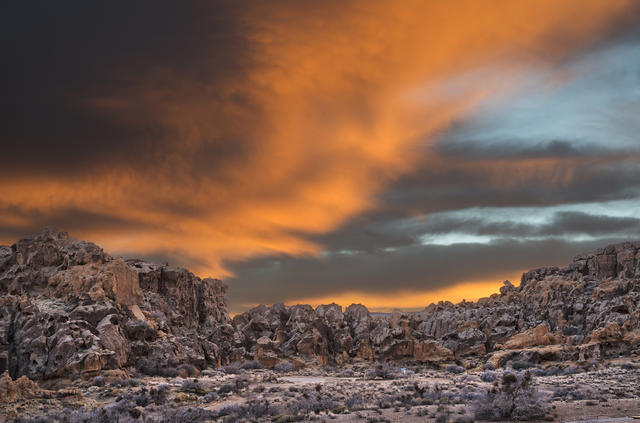 Included is the Rings Loop Trail, pictured above, in Mojave National Preserve. Less than 2 miles, it winds along petroglyphs, wide-open desert views, and a narrow canyon with sculptured volcanic walls. To get out the other side, you have to use metal rings bolted to the walls. Angelenos could knock it out by lunch. 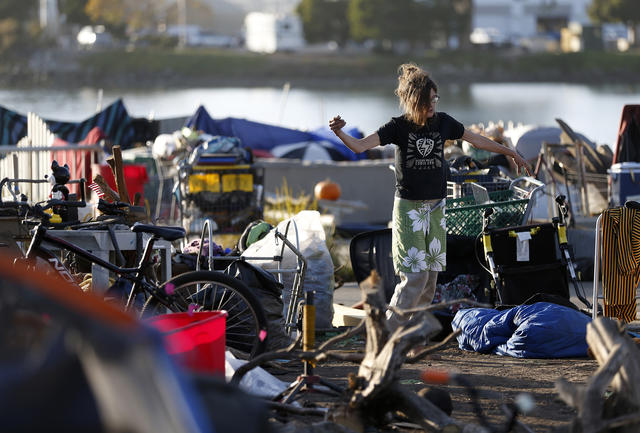 A woman walked through a homeless encampment in Oakland on Nov. 21.

Oakland adopted a hotly debated homeless policy that establishes areas of the city where encampments will and will not be allowed. The idea is to abandon the haphazard approach of pushing homeless people from place to place without solving underlying problems. “I think there’s an effort to think outside the box, but at the same time, it feels like sometimes it’s throwing in the towel,” a homeless advocate said. “It’s like, alright, we’re going to be somehow comfortable with people living in tents." East Bay Times | Oaklandside

A California appeals court ordered San Quentin to halve its prison population, citing a "deliberate indifference" among correctional officials to the health of inmates. While some groups have pushed prisons to release more inmates during the pandemic, the new ruling doesn't require that. San Quentin can simply transfer inmates to other facilities — a maneuver that triggered an explosion of infections to begin with. A.P. | N.Y. Times 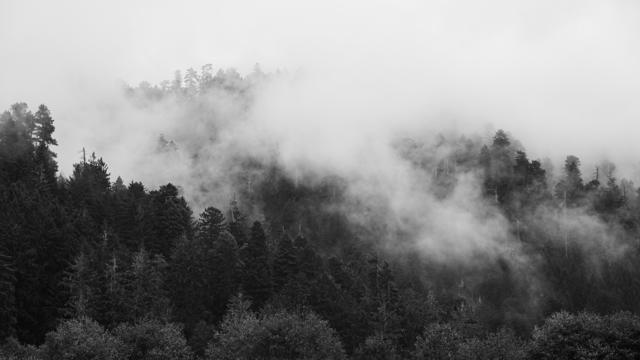 Despair is worsening in Humboldt County.

“I don’t want to frame it as a mental illness. I would frame it more as existential despair.”

Humboldt County residents die by suicide at a rate roughly two and a half times that of the state. Mental health experts cite the region's evaporating jobs, rampant opioid use, and high rate of gun ownership. Now the pressures of the pandemic has them bracing for a “tsunami” of mental health crises. CalMatters 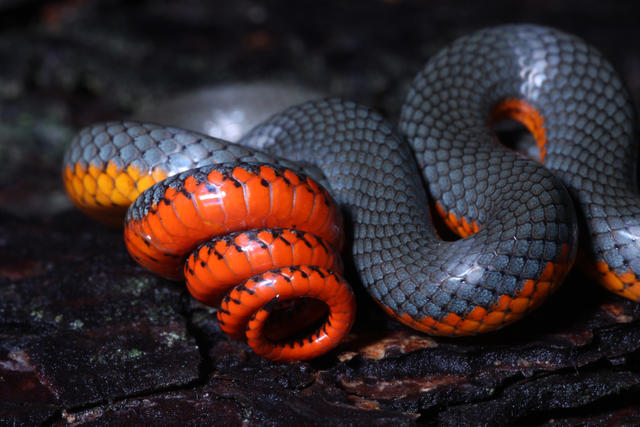 ☝️ This tangle of silver and orange is a Pacific ringneck snake.

Get too close and it will perform an unnerving defense ritual, winding its tail into a coil and flashing its iridescent underside. It's harmless to humans, but you're better off staying back. The ringneck snake is included in this great illustrated guide to the medley of wildlife and flora that emerge in the fall in the Bay Area. Bay Nature

A Bakersfield nonprofit was slated to receive a $1.2 million grant to create a coronavirus awareness program in four languages. It hired 30 canvassers. Then county supervisors learned that the group had called for defunding the police on Facebook. So on Tuesday, they blocked the money. Kern County, one supervisor explained, is "not Seattle." Bakersfield Californian 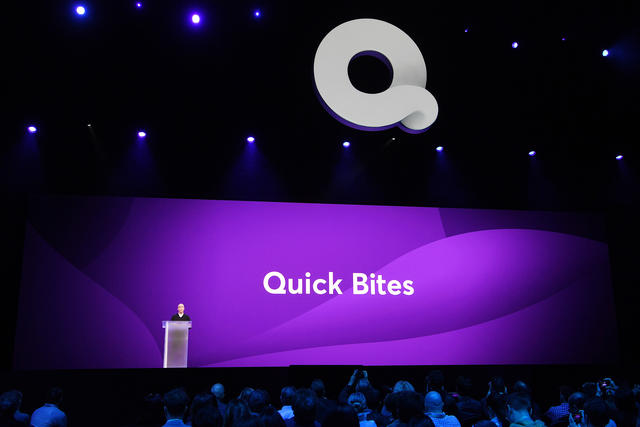 Jeffrey Katzenberg, a Quibi founder, spoke at CES in Las Vegas in January.

Quibi is shutting down a mere six months after launch. The Los Angeles streaming service, which served up short videos for on-the-go smartphone users, was touted as a reinvention of the way people consume entertainment programming. Investors committed $1.75 billion. One hurdle to its success: A virtually infinite amount of competition in the form of TikTok and YouTube. N.Y. Times | The Verge

A federal judge vacated the conviction of a Black San Bernardino man who killed a police officer in 1986, ruling that prosecutors discriminated against Black prospective jurors. Public defenders say Dennis Mayfield, now 61, became incapacitated after suffering a stroke in 2011 and ought to be released. Prosecutors say that's a ploy. They plan to retry him and pursue the death penalty. San Bernardino Sun 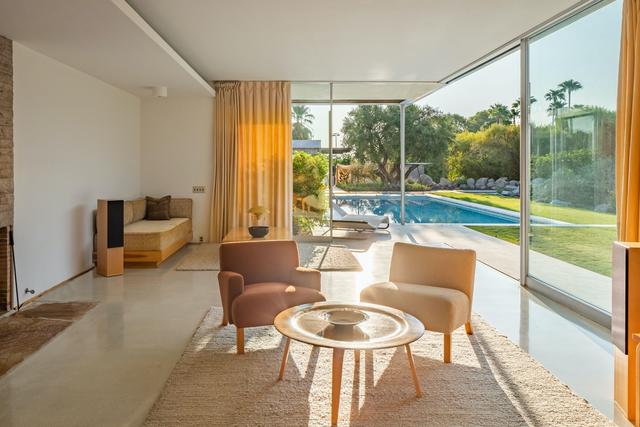 ☝️ This is perhaps the most important home in Palm Springs.

Richard Neutra’s Kaufmann House, completed in 1946, became the preeminent symbol of desert living with its stunning combination of glass, stone, and steel. It was immortalized in the iconic photograph "Poolside Gossip, which depicts two glamorous women lounging by the home's crystal blue swimming pool. Now the Kaufmann House is up for sale for the first time in 11 years. Asking price: $25 million. If it goes for anything close to that it will be the most expensive sale in Palm Springs history. Curbed | Desert Sun 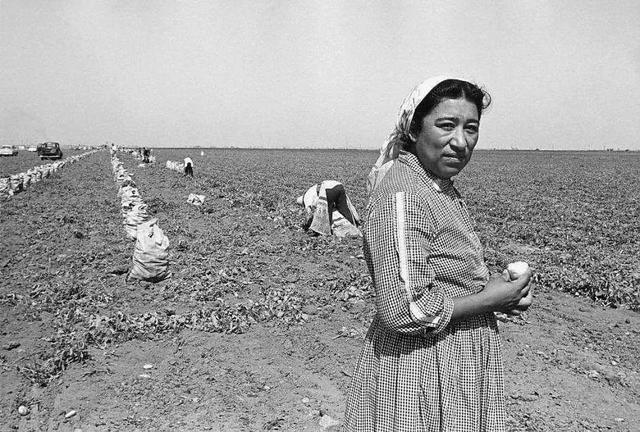 Maria Moreno in an undated photo.

One hundred years ago today, Maria Moreno was born to an itinerant Mexican minister and an Apache tribeswoman in rural Texas. She grew up working on a farm and went on to raise hell — in addition to 12 children — becoming the nation’s first female farmworker hired as a union organizer.

Moreno didn’t play nice with labor leaders like César Chávez, who complained of her “big mouth.” So while her efforts to raise wages and win strikes predated those of Chávez, it was only recently that a filmmaker unearthed her legacy, showcasing it in the 2019 film “Adios Amor: The Search for Maria Moreno.”

The film tells how Moreno — a Dust Bowl migrant to California with a second-grade education — began speaking out against injustice in 1958. Having lived with her husband, four sons, and eight daughters in a 15-foot shack, she offered public testimony about how one son went blind from malnutrition. “I’ve been a worker all my life,” she told a government panel. “I know how to do a man’s job like a man and I’m not ashamed to say it. ... I’m talking you the truth, because the truth been hided.” The speech led to the reversal of a policy that denied food assistance to migrant workers.

A year later, Moreno was hired as a union organizer. Her outspokenness didn’t sit well with male bosses, who eventually fired her. She later headed into the Arizona desert with her young children, a move some interpreted as a retreat. But Moreno began a new life as an itinerant preacher, ministering to migrants from one town to the next. In that sense, labor historians have said, her organizing never stopped. It just fell out of the spotlight.