President Trump ordered his administration to exclude immigrants in the country illegally from being counted in the 2020 census, a move that could eliminate one of California's congressional seats and maybe more. Critics denounced the move as unconstitutional. Gov. Gavin Newsom called it "rooted in racism and xenophobia." The Hill | Sacramento Bee 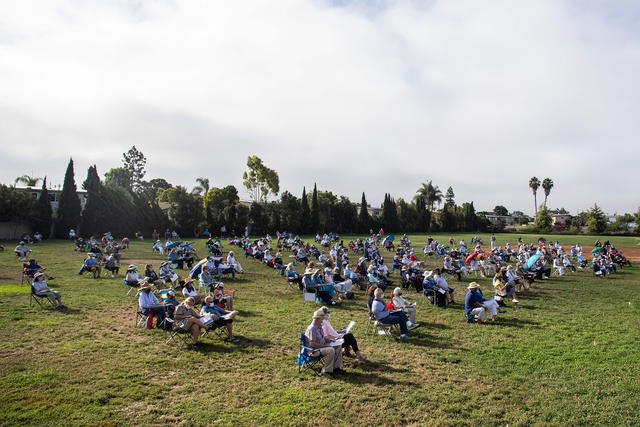 Orange County now has the second-worst coronavirus outbreak in California after its cumulative case total surpassed that of Riverside County. As of Tuesday, Orange County has had 29,986 infections, about 40% of which were recorded in just the last two weeks. Only Los Angeles County has reported more cases. L.A. Times

A roundup of other coronavirus numbers:

How long until the latest restrictions on public life start to bend our coronavirus numbers? “We’ve learned that a two-to-three week period may not be long enough,” California's health secretary said on Tuesday. “It may take up to three, four, even five weeks to feel the full impact of some of those changes.” Mercury News | Desert Sun 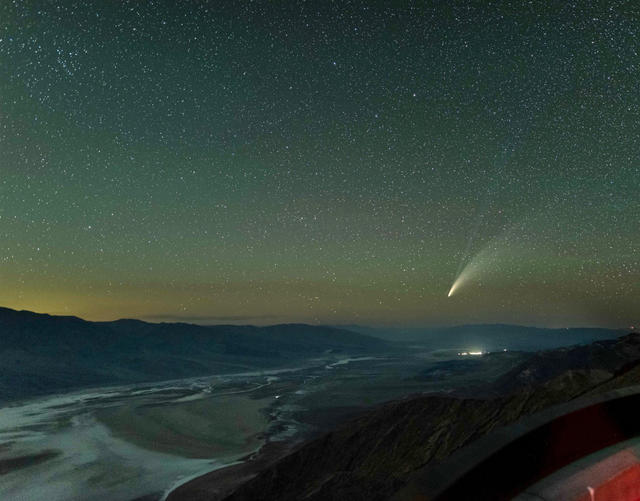 You can drive right up to the most spectacular perch in Death Valley. Dante's View offers a bird-like view of both Badwater Basin, the lowest point in North America, and across the valley, Telescope Peak, the park's highest point. Once every 6,800 years, you may spot the spectacular comet NEOWISE, as shown in the recent photo above by park ranger Patrick Taylor. California Through My Lens | Hikespeak

A suburban church outside Sacramento packed hundreds of people into an indoor service on Sunday in defiance of California's shutdown orders. They were engaged in a battle between good evil, the pastor told the congregants. "Once your rights are taken from you, they’re never giving them back.” Still, the church sees some good in government: It applied for and got a forgivable PPP loan of least $350,000. Sacramento Bee

A group of vandals descended on the home of Oakland Mayor Libby Schaaf, splattering it with paint and scrawling messages. Among them: "Defund OPD," "Homes for all," and “Blood on your hands.” An online post by "some yay area comrades" took responsibility for the attack and vowed more if their demands weren't met. Oaklandside | East Bay Times

A Bay Area city erased a "Black Lives Matter" street mural after a local lawyer proposed that a “MAGA 2020” mural be painted nearby. She explained that she “saw that Courthouse Square was being used as a public forum, and, as a Redwood City resident, wanted to participate.” A petition was started protesting the removal. Redwood City Climate Magazine | KPIX 5

The San Luis Obispo County sheriff expressed frustration with the Black Lives Matter protests in the county, telling a local newspaper that while racism exists everywhere, he’s “never seen any indication that systemic racism exists in this county.” That helped set off a protest on Tuesday that briefly blocked all lanes of Highway 101. One organizer was arrested. The Tribune | KSBY

San Diego passed the region's first ordinance allowing homeowners to add movable "tiny houses" on their properties. Supporters of the small dwellings promote them as a simple way to alleviate affordable housing shortages while augmenting homeowner income. “It’s a win-win-win all the way across the board,” a council member said. S.D. Union-Tribune | NBC San Diego

An affordable housing complex in Irvine invited applications for 80 available units. It got 6,818. O.C. Register 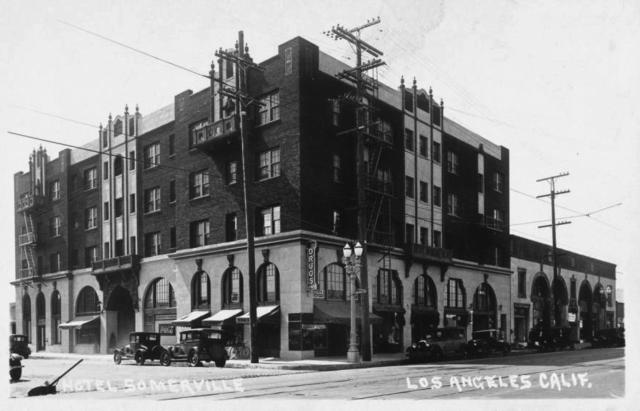 Hotel Somerville in 1928. Later renamed the Dunbar Hotel, it teemed with performers such as Duke Ellington and Ella Fitzgerald.

Kareem Abdul-Jabbar elegantly chronicled the little-known history of one of the great West Coast jazz hubs: Los Angeles's Central Avenue. It was sparked by the influx of Black Americans from the South after World War II, he wrote. "As in most American cities, informal segregation turned the Black neighborhoods into a city within a city where locals shopped, conducted business, filled prescriptions, got fillings, made last wills and testaments. It was a Black ecosystem where whites ventured only to sample the lively jazz clubs that featured some of the world’s best musicians." L.A. Times 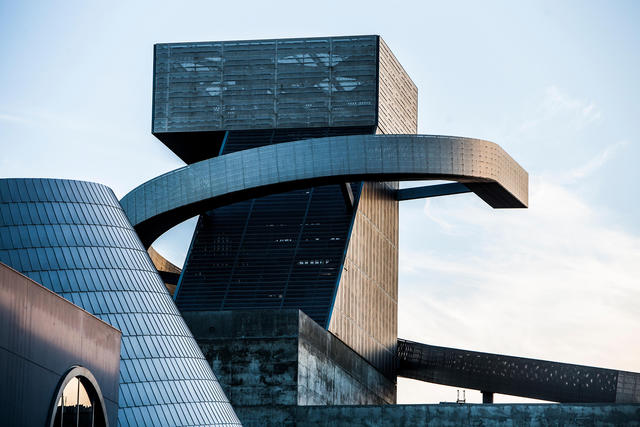 ☝️This is a public high school.

Opened in 2009, Grand Arts High School has been called among the most controversial pieces of architecture to be built in Southern California in a generation.

Rising from downtown Los Angeles, its most dramatic feature is the performing arts building, which includes a soaring fly tower wrapped in a waterslide-like form. Some critics, while receptive to the bold architectural gesture, couldn't condone the cost of the project: $232 million at a time of extreme need among many district students.

Christopher Hawthorne, the L.A. Times architecture critic, called the school "a powerfully unorthodox new landmark" but noted with dismay how public school design seemed to fall into only two categories: either crushingly banal or wildly extravagant. Still, for many of its students, the setting has been a thrilling place to come of age.

"Like them," Hawthorne wrote, "it is something of a proud outcast: gangly, dreamy, and beautiful at the same time, trying to make its way in a culture that tends to prize familiarity over strangeness and sameness over individuality. For a teenager who dreams of becoming an artist or a dancer, and has maybe not always found that ambition popular or easily understood by others in his family or neighborhood, what kind of campus could be better?" 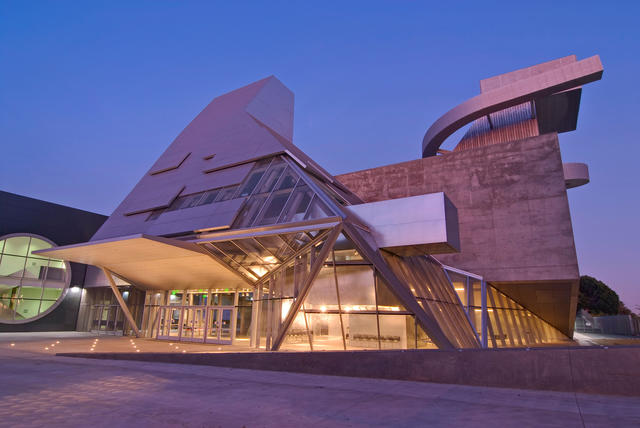 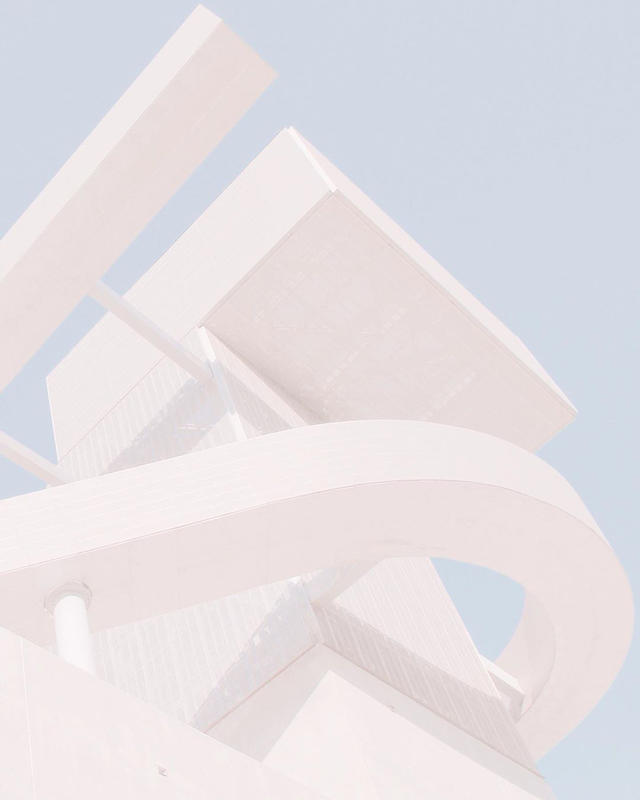 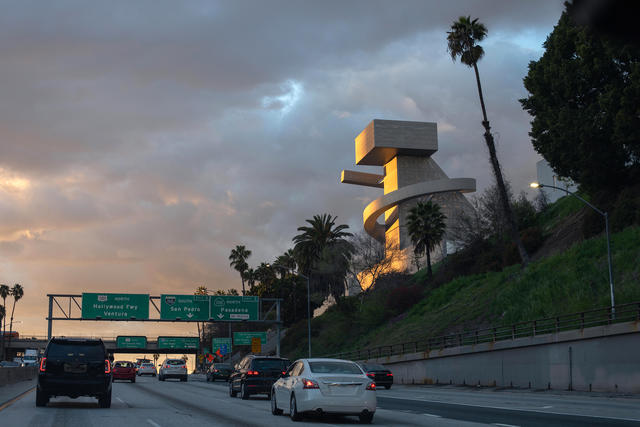