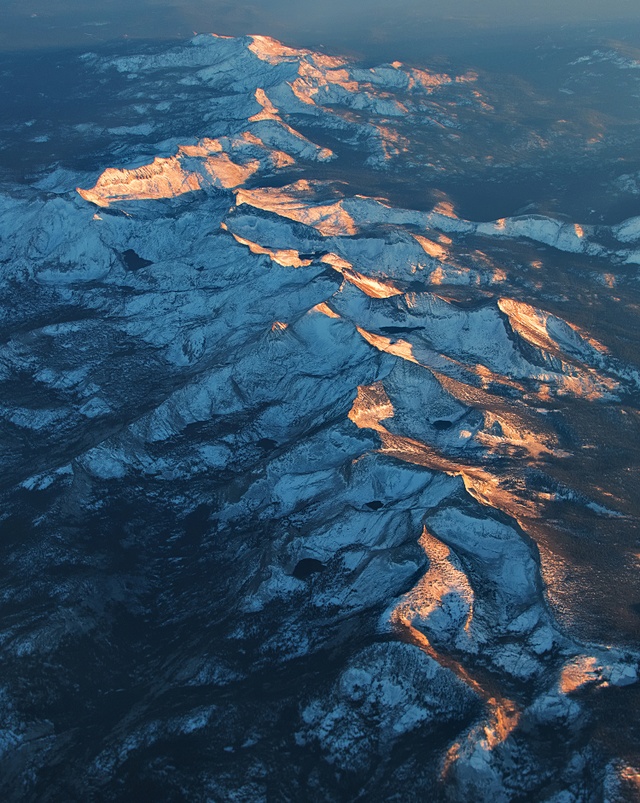 The Sierra snowpack provides as much as a third of California's water supply.

A study from Lawrence Berkeley National Laboratory found that the Sierra snowpack, a vital water source for drinking and irrigation, could vanish in as soon as 25 years. Given current warming trends, the researchers projected that by the late 2040s half of the area historically covered by snow will likely have little or no snow for five straight years. By 2050, the snowless period could last 10 years. The consequences for California, the authors wrote, would be “potentially catastrophic.” S.F. Chronicle | SFist

California hasn't executed anyone since 2006, and won't for the foreseeable future under Gov. Gavin Newsom's moratorium. That's led a federal judge to call on the state to start reducing death sentences to life in prison. One reason is financial: According to a 2011 study, the costs of capital punishment in California exceed the cost of locking up the same defendants for life by $170 million a year. State Attorney General Rob Bonta responded by saying he opposes the death penalty but would “continue to fulfill the duties of his office.” S.F. Chronicle 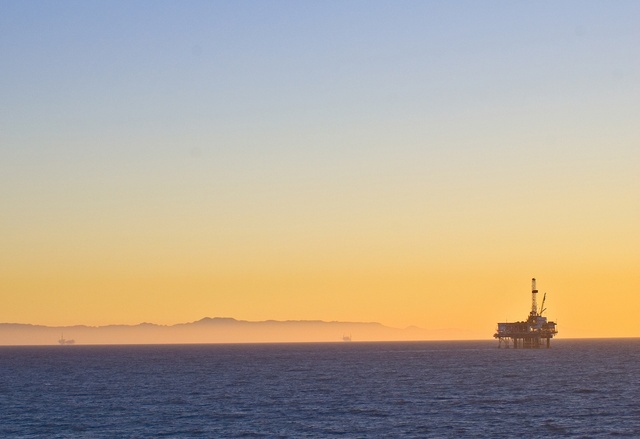 An oil platform off Huntington Beach.

In 2010, Gov. Arnold Schwarzenegger signed a “Rigs to Reefs” law that would let oil companies convert their offshore platforms into artificial reefs. Not a single company applied, experts say, because they found its requirements too onerous. Now the Orange County oil spill is reigniting conversation about modifying the law. "Oil companies want a clear path to compliance,” said the president of a clean water advocacy group. “They’re operating in many cases at a loss, but it’s cheaper to operate at a loss than it is to face millions for decommissioning.” L.A. Times 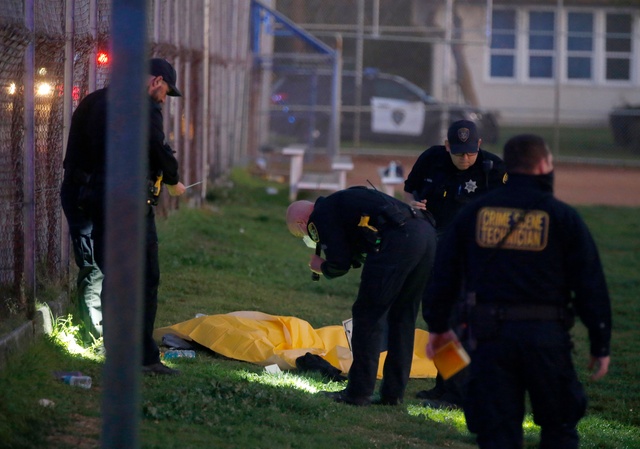 Oakland Mayor Libby Schaaf on Monday announced a plan to grow the city’s police force in response to rising violence in the city, which included three killings over weekend. The plan reverses scheduled cuts that would have diverted funds from the police to social programs. Polling has found that 78% of Oaklanders want the city to maintain or increase police staffing levels. “There is nothing progressive about unbridled gun violence,” Schaaf said Monday. Oaklandside | A.P.

A crucial question hanging over the Theranos trial has been whether Elizabeth Holmes would portray herself as an abused puppet of Ramesh Balwani, her former boyfriend and business partner. On Monday, she seemed to settle that question. Holmes told the San Jose jury that Balwani coached and controlled her, prescribing the food she ate and dictating her schedule. In the most dramatic moment of the trial, Holmes, weeping, said Balwani would sometimes force sex on her. "He impacted everything about who I was," she said. "And I don't fully understand that." N.Y. Times | Washington Post 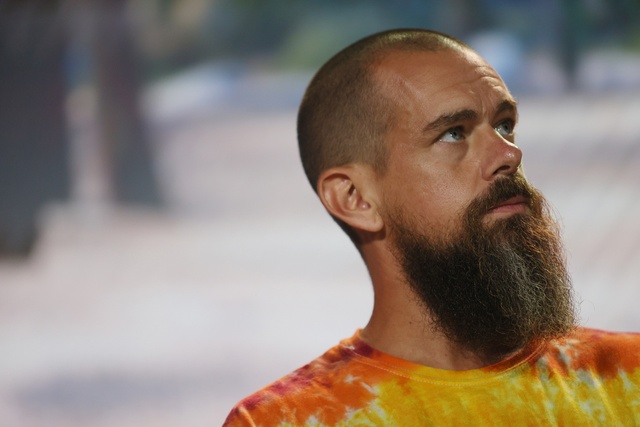 Jack Dorsey, in Miami in June, has been an unconventional CEO.

Jack Dorsey stepped down Monday as chief executive of Twitter, the social media site he co-founded in 2006, offering no specific reason for his exit. Dependence on company founders, he wrote, is “severely limiting.” Twitter’s chief technology officer, Parag Agrawal, was tapped to take over, a choice Wall Street analysts seemed to welcome. Investors were less sure: Twitter shares ended the day down 3%. A.P. | N.Y. Times

WIRED on Dorsey: "Weirdness abounds in corporate suites, but seldom is it displayed so brazenly."

California's hottest housing market? Eureka. According to a Realtor.com analysis of time on market and listing visits, the forested North Coast city was the third hottest market in the nation in October. Real estate agents say the remote work revolution has played a part in drawing workers further afield from urban centers. Humboldt County's median home price of $420,000 is a little more than half the statewide median. Lost Coast Outpost 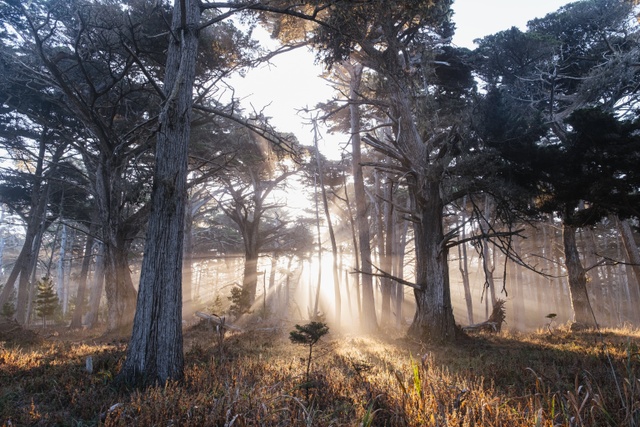 Natively occurring Monterey cypresses are extremely rare, found only along a stretch of the Monterey coast. Nature lovers commonly trek to see the elegant trees clinging to cliff edges at Point Lobos, famously described by the landscape artist Francis McComas as the "greatest meeting of land and water in the world." But north of the preserve, a bit inland from the coast, is Crocker Grove, where the largest and oldest Monterey cypresses of all are located. Unlike their gnarled relatives along the shoreline, these trees have been protected from the ocean wind, making them rarer still: rising straight and tall. 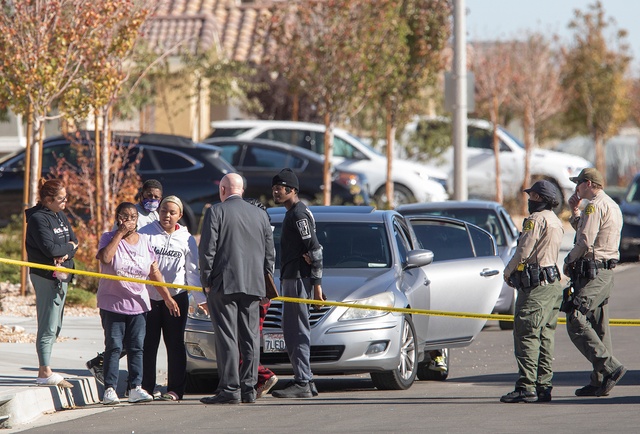 Neighbors reacted as news spread of the deaths at a home in Lancaster on Monday.

A father was arrested on suspicion of murder early Monday after his four children, all under 12, and their grandmother were found shot to death in a home north of Los Angeles. The children's mother discovered the bodies and called 911, officials said. The father, 29-year-old Germarcus David, was in the midst of a divorce, court records showed. He was being held on $2 million bail. Press-Enterprise | L.A. Times

In a special meeting Monday, San Diego's City Council voted to move forward with a vaccine mandate for city employees, despite vigorous opposition from the police union. More than 700 of the city's 1,900 police officers remained unvaccinated as of last week, according to the city. They'll have 30 days to get their shots or face termination. In a survey, more than 300 officers said they'd give up their jobs before getting the shots. S.D. Union-Tribune | City News Service

John Maurer had accomplished family members advocating for him: a sister who helps administer government services to the homeless in L.A. and a brother who leads a hospital for the mentally ill. Yet as Maurer descended into schizophrenia, it would take 14 years, numerous psychiatric holds, and at least 10 criminal convictions before the court system would commit him to a conservatorship. And then things only got worse. L.A. Times

For one beautiful day nearly 50 years ago, bicyclists had a freeway in San Diego all to themselves.

Before opening a new section of Interstate 805 to vehicle traffic, highway officials invited bicyclists for a Community Cycle Day along 7 miles of roadway on March 19, 1972. According to news accounts from the time, they expected a few hundred riders. More than 8,000 turned up.

Most enjoyed a pleasant afternoon, pausing for picnics and enjoying unhurried views of the mesas and canyons from a 100-foot bridge free of noise and billowing exhaust. But crashes mounted on a long downhill, where some riders were reported to surpass speeds of 50 miles an hour. At least four people were hospitalized, officials said.

Exasperated patrolmen with bullhorns put a stop to the ride four hours ahead of schedule, hustling everyone onto the next exits. An Associated Press story the next day ran under the headline "Bike mayhem ends freeway preopening." Dan Hancock shared a few slides taken by his father, Robert Hancock. 👇 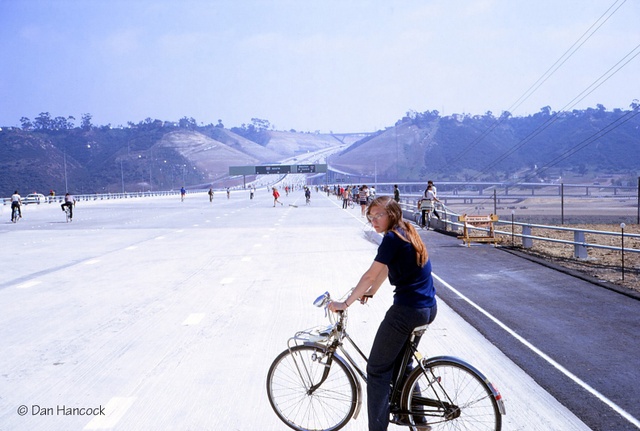 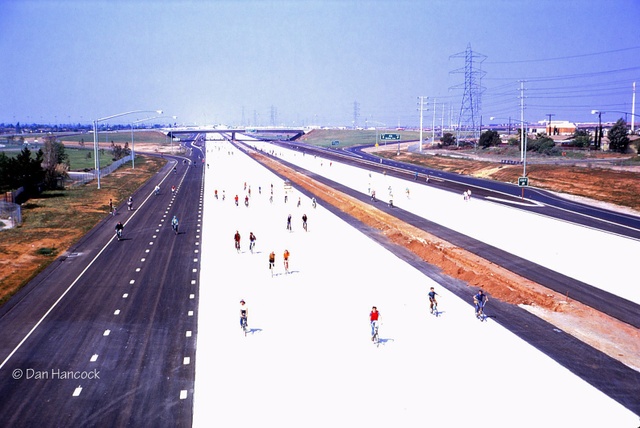 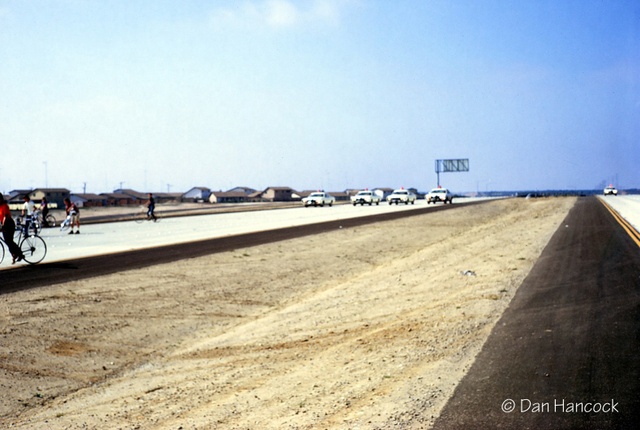