The reporter Ryan Ver Berkmoes granted a California emergency-room doctor anonymity to speak candidly about colleagues and patients who refuse to get vaccinated. The doctor tried to be civil, but at times his caustic side broke through. He recalled a patient: “He was wearing one of those anti-vax ‘Live free or die’ t-shirts. I just said, ‘I see you made your choice.’ He was already so far gone he couldn’t hear me.” The patient died two hours later. The Economist 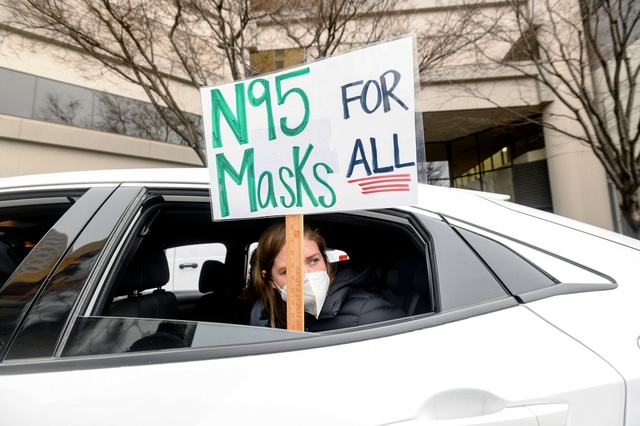 "We are tired of waiting."

Nearly 1,000 Oakland students signed a petition vowing to strike unless the school district reverts to remote learning or adopts a list of safety protocols that include KN95 masks for everyone. The action follows a "sickout" by teachers last Friday that played a part in shuttering at least a dozen Oakland schools. The Flashpoint | Washington Post

A day after Sonoma County imposed a ban on large gatherings in response to the Omicron wave, officials across the Bay Area said they had no plans to follow suit. San Francisco's mayor: “We know this is a really tough time. But like I’ve said in the past, we are learning to live with Covid, and that means everyone assessing their own risk. It means making smart choices. ... It does not mean imposing new restrictions.” S.F. Chronicle | Mercury News

Other coronavirus odds and ends: 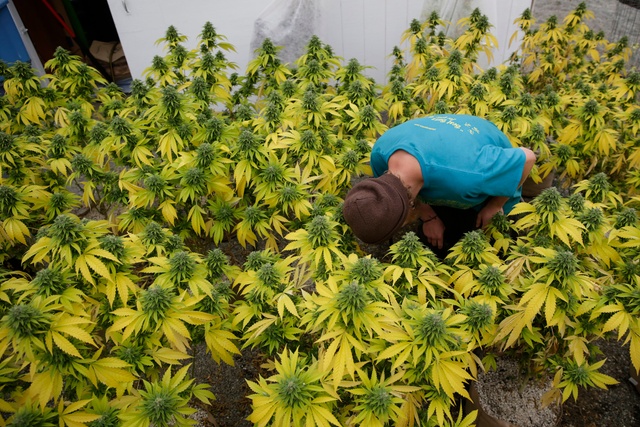 Dylan Turner applied fertilizer to a cannabis crop of plants at Sunboldt Farms in Humboldt County.

Gov. Gavin Newsom appears to have heard the cry of California's marijuana entrepreneurs. Weeks after leaders of the cannabis industry threatened to mount a tax revolt unless reforms are made, Newsom said on Monday that he supports rethinking the taxes the state levies on marijuana growers and purchases. Five years since the end of marijuana prohibition, the illegal market remains at least as big as it was before. Sacramento Bee | KRCR

Kelp, which absorbs carbon and can be used as food, fuel, and fertilizer, has become a star in the fight against climate change. Thriving industries have been established in Alaska, Hawaii, and Maine — but not California, where no new commercial aquaculture lease has been issued in 25 years. The reason, say would-be entrepreneurs: the review process is prohibitively onerous. “They treat permitting a new shellfish farm like a nuclear power plant,” said John Finger, of Hog Island Oyster Co. S.F. Chronicle 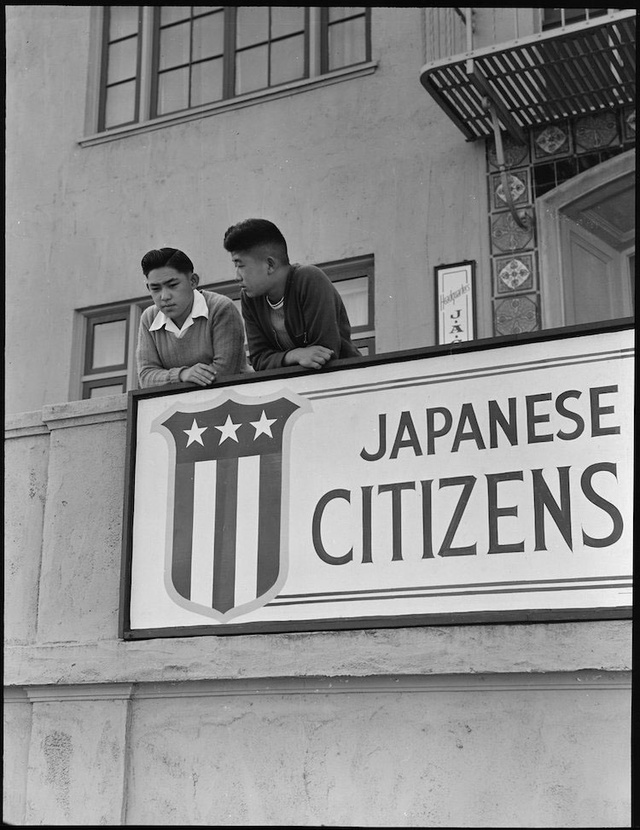 Vox told the story of Dorothea Lange's photos of Japanese internment in an episode of its documentary series "Darkroom." Most of Lange’s candid photography was rejected for publication by the War Relocation Authority and “impounded” during World War II. It was rediscovered decades later in 1972 when Lange’s former assistant pulled the pictures from the National Archives for a museum exhibit. They became a pillar of the reparations movement for camp survivors.

Endangered coho salmon are spawning in Marin County creeks, where they haven’t been seen more than a decade, after copious rainfall granted them passage into their historic habitat. The fish journey from the Pacific in December and January, scrambling up freshwater streams to spawn, lay eggs, and eventually die. The Marin salmon journeyed from Tomales Bay, turning east into a series of engorged creeks in San Geronimo Valley, where they have been recorded wriggling and leaping. SFGATE | S.F. Chronicle 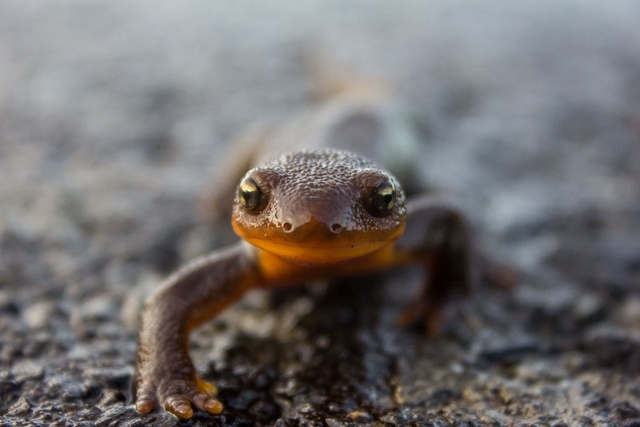 Newts are getting flattened along Alma Bridge Road.

A massacre unfolds every winter and spring along a mountain road near Los Gatos. Each year, an estimated 5,000 Pacific newts are flattened under the tires of passing cars as they emerge from the forest and waddle toward a reservoir in search of mates. Researchers say it's one of the highest roadkill rates of any wildlife species in the world. Proposed solutions — fencing, an elevated road segment, periodic closures — have so far been rebuffed. Atlas Obscura | Bay Nature

A young off-duty police officer was fatally shot during an attempted robbery in South Los Angeles late Monday, authorities said. Fernando Arroyos was house-hunting with his girlfriend when three men drove up in a pickup truck and confronted the couple. The officer yelled for his girlfriend to run and then exchanged gunfire with the assailants, police said. Mayor Eric Garcetti said Arroyos, a 27-year-old son of immigrants, died a hero. “My heart is broken," he said. "Our city’s heart is broken." L.A. Times | LAist

A pair of Los Angeles journalists interviewed more than 25 writers, directors, and producers about "the new dogma" around race and gender in Hollywood. Most declined to speak on the record for fear of retaliation. An exception was Mike White, the writer and director of HBO's “The White Lotus.” “Everyone has gone so underground with their true feelings about things," he said. "If you voice things in a certain way it can really have negative repercussions for you, and people can presume that you could be racist, or you could be seen as misogynist.” Common Sense 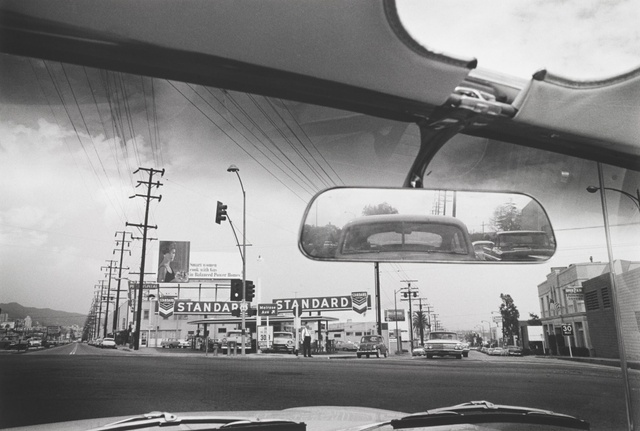 "Double Standard, 1961" — a Los Angeles streetscape — is held at The Museum of Modern Art.

“He wore the camera around his neck all day long.”

Dennis Hopper wanted to be remembered as much as a photographer as an actor. While living in the Hollywood Hills in the 1960s, he produced a huge body of photography that evoked the freedom of the "Easy Rider" generation. He shot Timothy Leary, Robert Rauschenberg, and John Wayne, and brought his camera to the March on Washington, the Sunset Strip riots, and San Francisco's Human Be-In. Flashbak published a collection of 16 Hopper photos.

See more pictures at the New Yorker and AnOther magazine.