A data analysis revealed that nearly every city and county in California is lagging on state-mandated housing goals. Plenty of jurisdictions plan projects, yet fewer than 3 percent have issued the permits to actually build them. A homebuilding consultant blamed political resistance. "Anti-growth stances seem to be the key to getting reelected in many cities," he said. O.C. Register 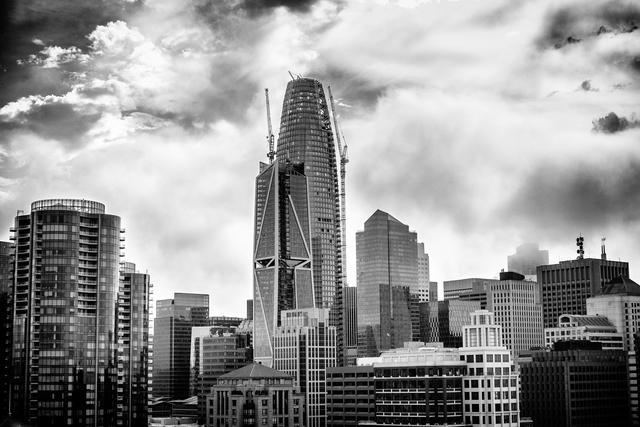 San Francisco was No. 1 in high-tech job creation.

California has pretty much cornered the nation's innovation jobs. A report showed that just five cities — San Francisco, San Jose, San Diego, Boston, and Seattle — accounted for 9 out of 10 jobs created in high-tech industries from 2005 to 2017. The danger, according to economists: Much of America is left to founder as superstar cities become more congested and unaffordable. N.Y. Times | WIRED

Another report analyzed how much Silicon Valley giants have avoided in taxes over the last decade. Answer: $100 billion. CNBC

A group of therapists is challenging a state law requiring them to report to police any patients who say they viewed child pornography. Instead of helping children, they say, the reporting requirement will keep pedophiles from seeking help to control impulses. "This is a terribly unpopular cause," a critic of the law acknowledged. L.A. Times 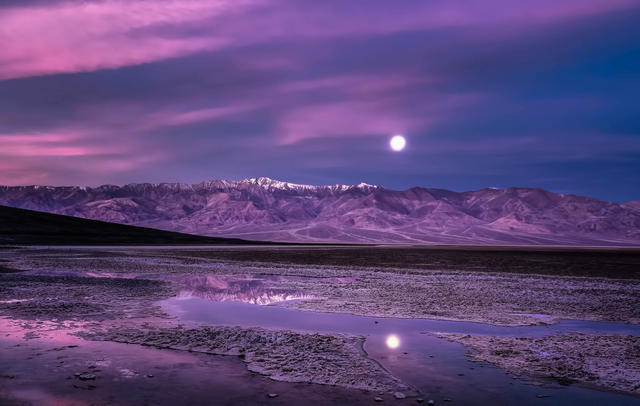 Telescope Peak, pictured above, rises from one of the crinkliest places on earth in Death Valley National Park. It gets the name from the great distances visible from the summit. From the 11,049-foot perch, you can spy both Mount Whitney and Badwater Basin, the highest and lowest points in the contiguous United States. SummitPost | NPS.gov

A man was jailed over a cookie. Gregory Fields, who was participating in court-ordered drug rehab, was helping prepare food packages for donation at a Salvation Army facility in San Francisco when he ate a single leftover cookie. That landed him back in drug court, then jail. Outraged, a public defender said the system had "conspired to cage a grown man" to teach him a lesson. VICE | SFist 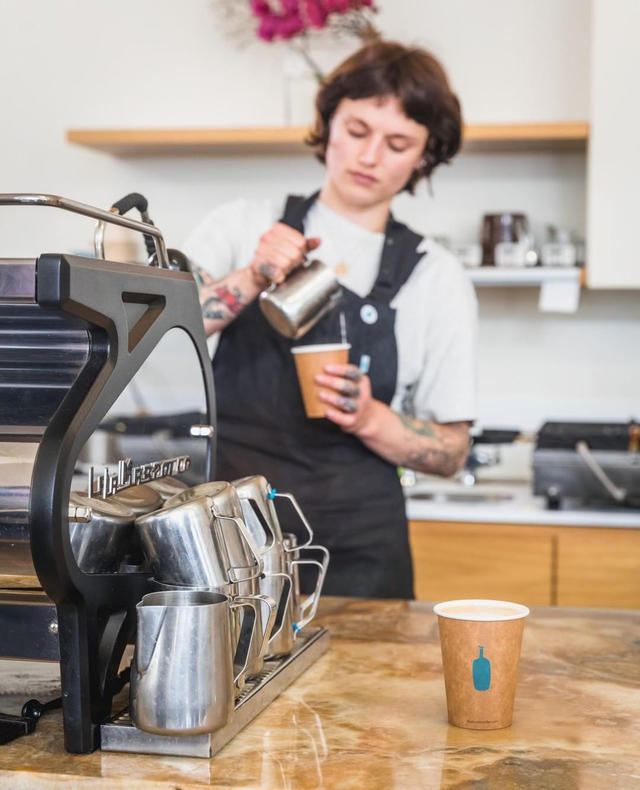 Single-use cups are on the way out at Blue Bottle Coffee.

Blue Bottle Coffee, the prominent Oakland coffee roaster, announced it would eliminate plastic or paper cups from two of its cafes as it moves to adopt the policy across its entire chain by the end of next year. Customers will need to bring their own mugs. "We expect to lose some business," the company's CEO said. "We might fail. We know some of our guests won't like it — and we're prepared for that. But the time has come to step up and do difficult things." SFGate.com | Eater San Francisco

Ads now running on Facebook spread misleading information about medication meant to prevent the transmission of HIV, health advocates say. They've been viewed millions of times. Yet despite the appeals of 52 leading LGBT groups, the social media giant refuses to remove them. Washington Post | CNET 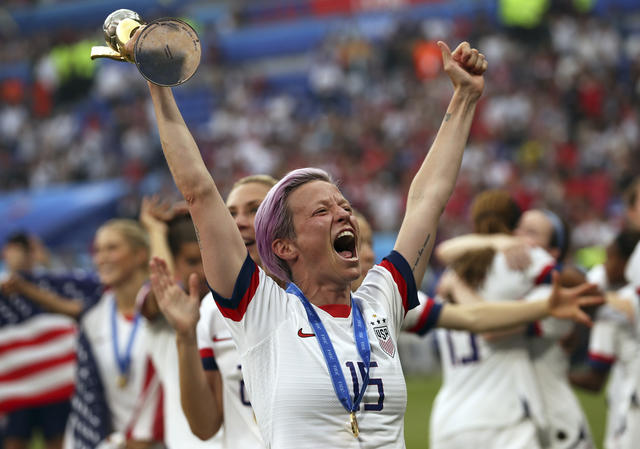 Megan Rapinoe has been defiant, joyful, and unapologetic.

Megan Rapinoe, pride of Redding, was named Sports Illustrated's Sportsperson of the Year. The lavender-haired soccer star helped lead the U.S. to victory at the 2019 World Cup. She also courted controversy by refusing to kneel during the national anthem and dissing President Trump. "Playing the world's game, on the world's stage, under attack by a world leader," SI wrote, "she dominated." Sports Illustrated

A group of doctors that last month urged border officials to let them administer flu vaccines to detained migrant children is bringing the fight to a detention facility in San Ysidro. About 40 people marched to the center on Monday and vowed not to leave until they gain access. Three children have died from the flu while in federal immigration custody over the past year. S.D. Union-Tribune | Times of San Diego 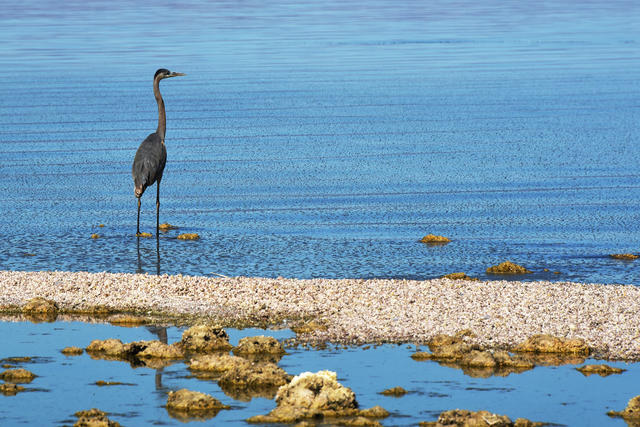 Life has been finding a way at the edge of the Salton Sea.

The Salton Sea, California biggest lake, has been dying for years. Yet even as its shoreline recedes, marshlands have been forming in the depressions at the lake's edge where no one thought they could flourish. Insects, birds, and fish have moved in. "Beautiful, isn't it?" a biologist said to a reporter on a recent visit. "Not exactly the gloom-and-doom apocalypse some people have been predicting for this place, is it?" L.A. Times | KTLA

For the first time, not a single program or actor from the major networks was among the 55 nominees for the Golden Globes. Instead, Netflix led in both the TV and film categories, with 17 nominations apiece. "It's shocking and weird," one analyst said, "that NBC will still telecast the Globes even though voters decided that the network's programs aren't worthy to compete." A.P. | Buzzfeed News 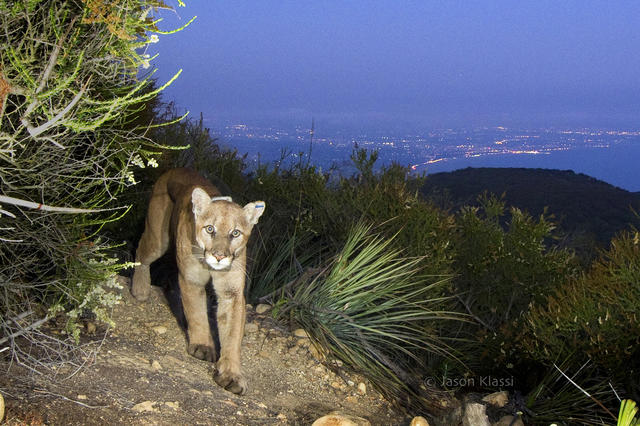 Fascinating fact: Los Angeles is one of only two megacities in the world with a population of big cats. The other is Mumbai. The encroachment of urban development on wildlife habitat has introduced all sorts of perils for the animals, among them rat poisons, fragmented ranges, and deadly encounters with vehicles. Jason Klassi, a documentary filmmaker, shared a remarkable image captured last June by his trail camera in the Santa Monica Mountains, above. The mountain lion is P61. Sadly, he was killed in September while trying to cross the 405 Freeway. NPS.gov | New Yorker (2017)