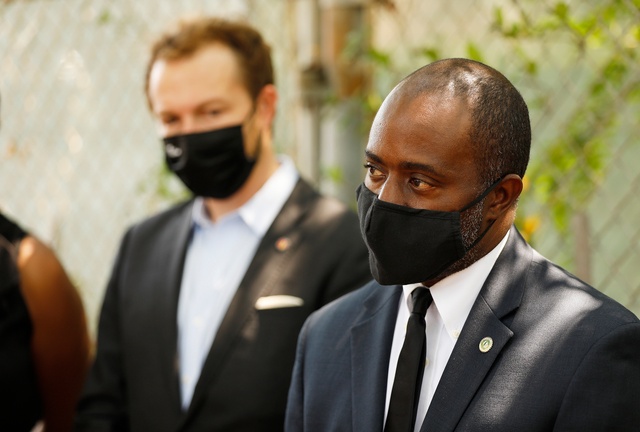 Tony Thurmond, the state’s superintendent of public instruction, in Los Angeles on Aug. 16.

Nine former state education officials said California's schools superintendent, Tony Thurmond, has a habit of humiliating and intimidating staff. The problem goes further than bruised feelings: Since 2019, the education division for deaf and blind students has churned through nine top officials. “People are coming and going, trying to survive working under him, and it’s getting to the point where who is going to be left to get things done?" one former official said. Politico

In 2018, California enacted a novel law that barred all-male boardrooms. The move may have been illegal, but it's had a profound influence on corporate America. Women now control more than a quarter of corporate board seats nationwide — far more than they did before the law. Within a decade, predicted Betsy Berkhemer-Credaire, a board diversity advocate, "it will be quite an anachronism to remember when corporations had all-white-male boards.” L.A. Times

“Under no interpretation of the state’s constitution is it right to require quotas and sex discrimination." California's boardroom law faces a courtroom showdown. Bloomberg 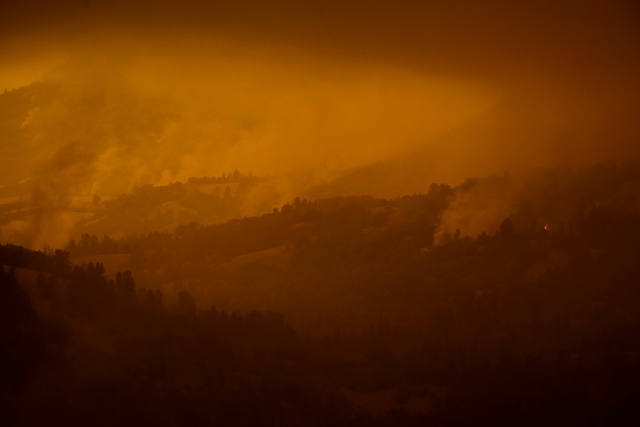 The Windy fire burned in the Sequoia National Forest on Sunday.

A National Park Service botanist said giant sequoia losses from the southern Sierra wildfires could rival those of the 2020 Castle fire, which killed as many as 10,000 large sequoias, or at least 10% of the world’s mature giant sequoia population. “I really hope to be wildly off on this, but I don’t know,” said Garrett Dickman, who is leading the damage assessment. “I had to pull over on the side of the road this morning and wipe a tear away. It’s so visceral. This is what climate change feels like.” S.F. Chronicle

California's Covid-19 case rate, one of the lowest in the nation, keeps falling. But the picture is different in the Central Valley. Hospitals report having less than 10% ICU capacity; patients on ambulance gurneys queue up outside due to lack of hospital beds, and nurses are being asked to work overtime and double shifts. An ICU nurse in Bakersfield: “Your heart gets pounded by death after death after death. At the end of my shift, I just want to be able to go into an office and burst into tears." The Guardian

The L.A. Times compared the summer coronavirus death tolls of Florida and California. Florida recorded 14,334 — the worst tally of any state. In California, it was 4,874.

A San Francisco judge delivered an unusually pointed denunciation of the city's district attorney in open court on Wednesday. Judge Bruce Chan, a former public defender, accused District Attorney Chesa Boudin of mismanaging his office while seeking out the national spotlight. He added, "I hope that people in the District Attorney’s Office will shift their focus from some of the bigger issues and concern themselves with the unglamorous yet necessary work of public prosecution." S.F. Examiner | S.F. Chronicle 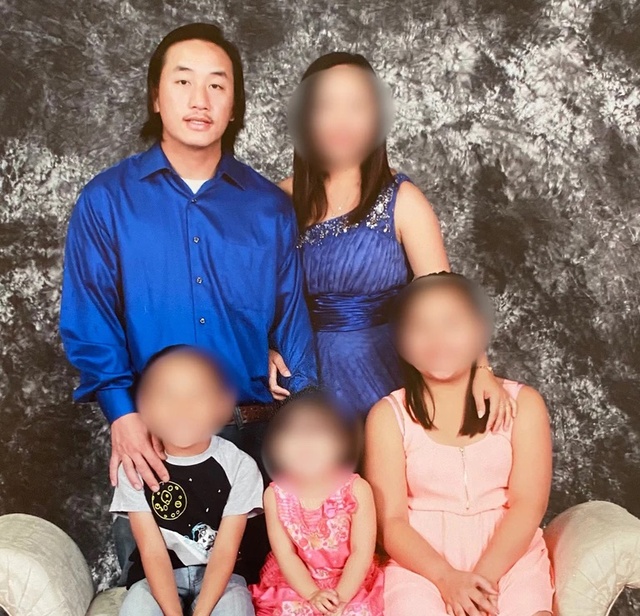 Soobleej Kaub Hawj and his family had come from their home in Kansas City to visit relatives in Siskiyou County's Hmong community. But on June 28, as the massive Lava fire approached, they had to flee. Hawj, 35, was driving a pickup truck with his dog, followed by his wife and three children in a separate car, when he hit a police checkpoint. The authorities say Hawj then tried to turn toward an evacuation zone and pointed a gun. Police shot him dead. Many in the Hmong community doubt that narrative, asking why Hawj would put his family in the middle of a gun battle while fleeing from a fire. Another mystery: Why were no police cameras rolling? Vice News did a deep dive.

Footage obtained by an anonymous videographer contained disturbing conditions inside a Foster Farms slaughterhouse near Merced. It shows workers sorting chickens along a conveyor belt, tossing the sick and injured onto piles on the floor. Birds deemed fit for consumption enter a killing room drenched in blood. They are supposed to be electrically stunned to dull the pain of throat cutting. Some aren't. Animal rights advocates say the practices amount to animal cruelty, banned under state law. The Intercept 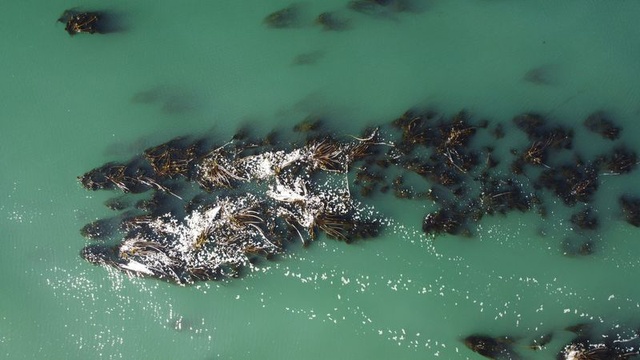 A kelp forest off of Gualala on Sept. 21.

In 2013, a marine heat wave set off a series of events that annihilated 95% of the Northern California coast's kelp, an anchor of nearshore wildlife. But scientists are reporting a comeback. Drone surveys have found that areas once completely devoid of kelp now have jungles of it, a turnaround some scientists attribute to an upwelling of cool, nutrient-rich waters. "To be out here in 2021 and see this strong uptick in kelp is just so exciting as a scientist,” said the Nature Conservancy's Vienna Saccomanno. Reuters | Bay Nature 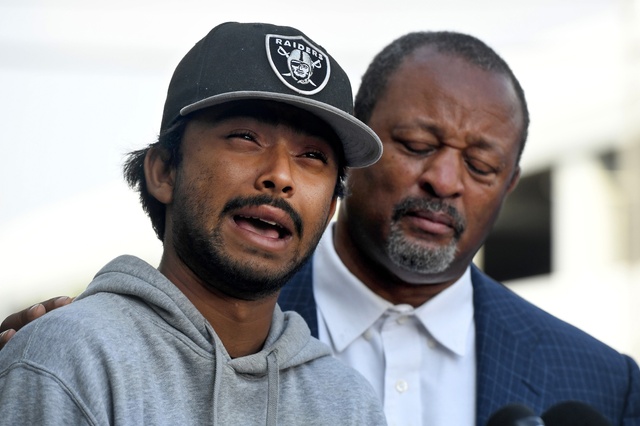 Rafeul Chowdhury, the boyfriend of Mona Rodriguez, spoke to reporters in Long Beach on Wednesday.

An 18-year-old woman who was shot by a Long Beach school safety officer on Monday is not expected to survive, her family said Wednesday. According to police, the unidentified officer was responding to an incident near Millikan High School; he saw Mona Rodriguez, the mother of a 5-month-old boy, fighting with a 15-year-old girl. Rodriguez then got into a car, which sped away. In a moment captured on video, the officer fired into the vehicle, striking Rodriguez. Long Beach Post | FOX 11 Los Angeles

“This man does not belong in her life, your honor, for another day.”

For the first time since 2008, Britney Spears will be out from under the control of her father. At a hearing in Los Angeles on Wednesday, Judge Brenda Penny suspended Jamie Spears from his position as overseer of his daughter’s $60 million estate. “The current situation is not tenable,” Penny said. "It reflects a toxic environment, which requires the immediate suspension of Jamie Spears today.” L.A. Times | Hollywood Reporter 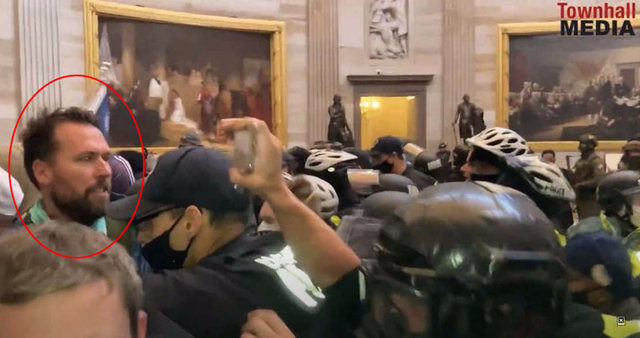 Klete Keller, a five-time Olympic swimming medalist from USC, pleaded guilty Wednesday to a felony charge for participating in storming the U.S. Capitol on Jan. 6. Keller, 39, was hard to miss in the chaos in Washington, standing 6-foot-6 and wearing an Olympic team jacket with “USA” printed across the back. The felony carries a maximum sentence of 20 years in prison, but the first Capitol rioter to plead guilty to the same charge got eight months. N.Y. Times | L.A. Times 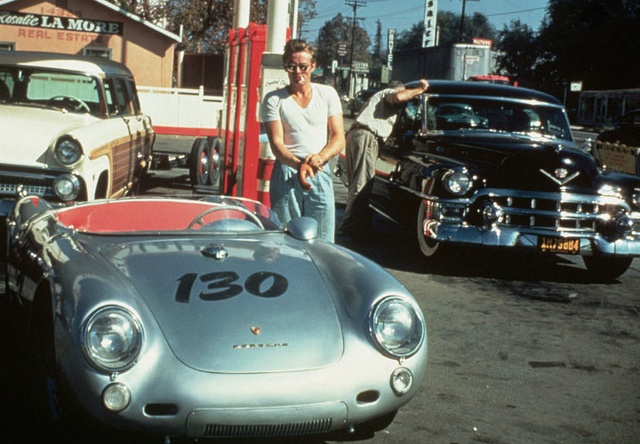 ☝️ Here's James Dean at a San Fernando Valley gas station early on this day in 1955. The promising young actor from Marion, Indiana, was gassing up his Porsche 550 Spyder to set off on a weekend road trip to Salinas on the Central Coast. Hours later, at about 5:45 p.m., he and his passenger, a mechanic named Rolf Wütherich, were speeding along a lonely highway near Paso Robles when a college student in an oncoming Ford Tudor lurched left to make a turn. Dean's last words, according to Wütherich: "He's gotta see us." He was 24.