SB 50 is dead. For the third time in as many years, lawmakers voted down the sweeping proposal to dramatically increase home building by overriding local zoning laws. In the end, wrote the N.Y. Times, the legislative effort couldn't overcome two sources of opposition: "suburbanites keen on preserving their lifestyle and less affluent city dwellers seeing a Trojan horse of gentrification." N.Y. Times | Curbed Los Angeles

The Senate president: "This is not the end of this story. I want to personally commit to each and every one of you, to the people of California, that a housing production bill to help alleviate our housing crisis will happen this year." A.P.

In the flurry of news coverage about vaping-related deaths last year, two separate public health crises became conflated. One involved the surge in teen vaping. The other was the proliferation of increasingly shady cannabis products. A weed entrepreneur in Eureka summed up the mindset of black market purveyors. "What are you going to do?" he said. "You're going to be honorable and broke?" California Sunday Magazine 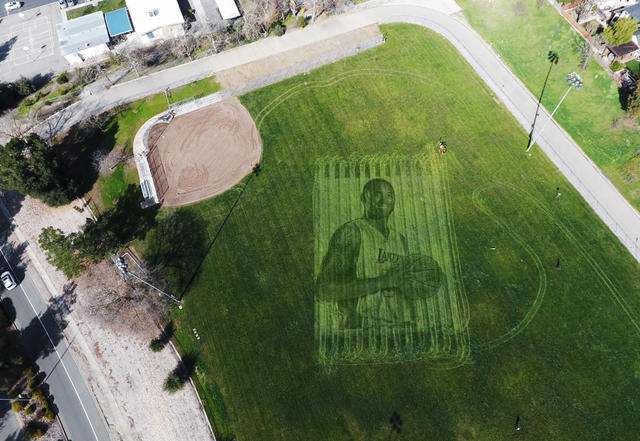 A Bay Area company that specializes in grass art created a 10,000-square-foot mural of Kobe Bryant at a park in Pleasanton, pictured above. Each "pixel" is about three square inches of grass. (Here's a video on its creation). CNN | SFist

Thanks to traffic, Los Angeles has become a city of helicopters. "Traffic started getting really, really bad," Bryant once explained. "I wound up missing like a school play because I was sitting in traffic. ... And so that's when I looked into helicopters." N.Y. Times 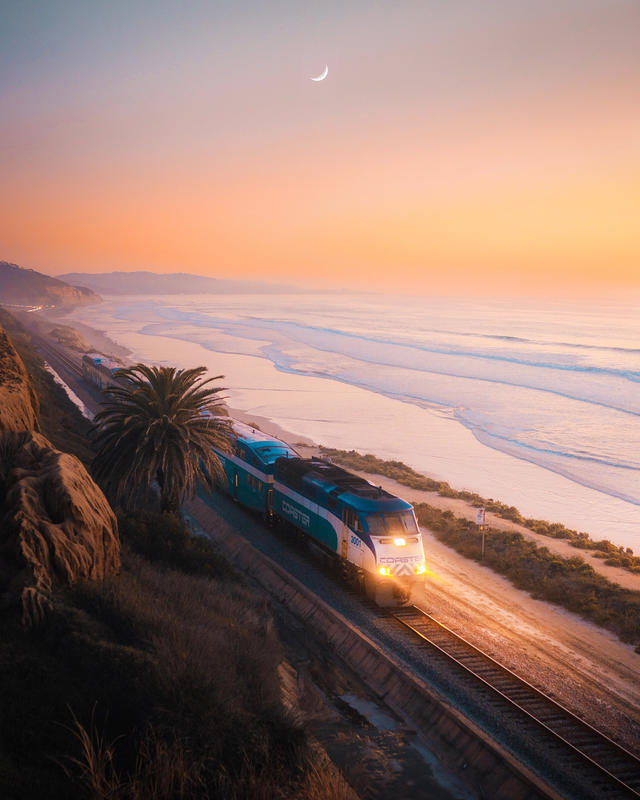 The best way to get out of Los Angeles? For train lovers, it's no contest: Amtrak's Pacific Surfliner runs between San Diego and San Luis Obispo, offering views like the one pictured above at Del Mar. Jim Loomis, author of "All Aboard: The Complete North American Train Travel Guide," ranked it among the best single-day train rides in America. Surfboard racks included. CountryLiving | LAist

Loomis's pick for the best Amtrak ride of all: The California Zephyr. The route leaves from the Bay Area, cuts across the checkerboard Central Valley, winds through lush Sierra forests, then pauses in the old railway town of Truckee. Trains & Travel

Rep. Devin Nunes, a Tulare Republican, has filed half a dozen lawsuits against news organizations and activists, accusing them of conspiring against him. McClatchy did a deep dive on the attorney conscripted by Nunes to help wage the legal battles, a Virginia lawyer named Steven S. Biss. Turns out Biss has a history of using the courts to harass, intimidate, and overwhelm his opponents. The Virginia State Bar once banned him from practicing law, citing "a deliberately wrongful act that reflects adversely on his fitness to practice law." McClatchy 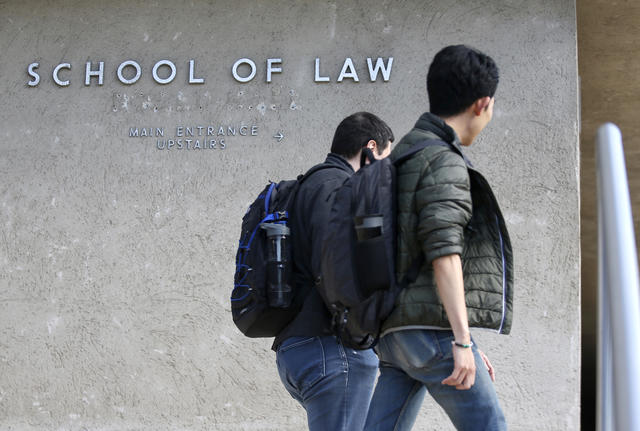 "Boalt Hall" lettering was removed from the law school at UC Berkeley.

John Boalt's name has been scrubbed from UC Berkeley's law school, which will no longer be known as Boalt Hall. The move was the culmination of a three-year effort that began when a Berkeley lecturer discovered the racist writings of Boalt, a 19th-century Oakland attorney whose widow put up money to build the school. Berkeleyside | A.P. 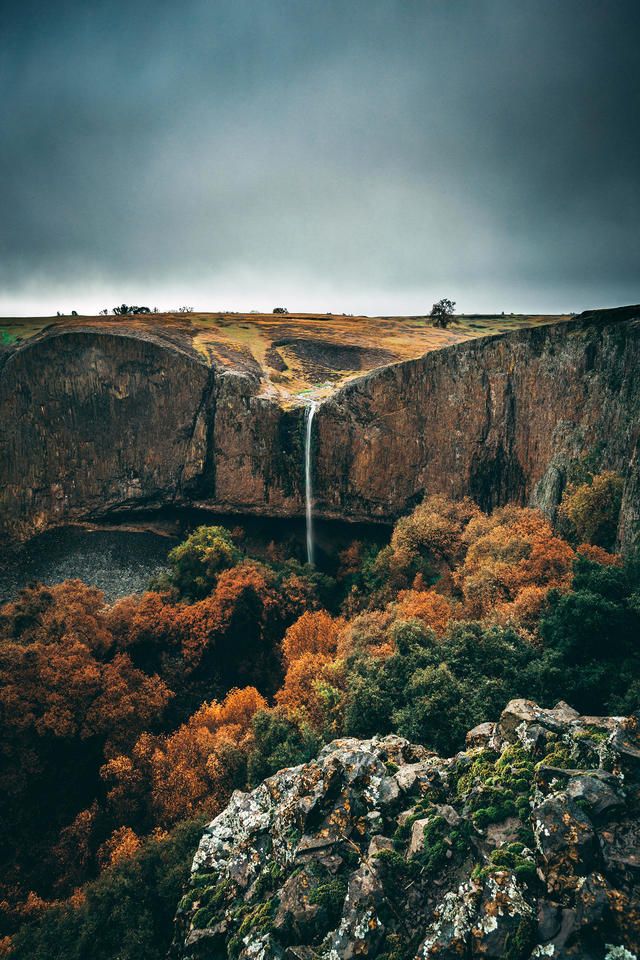 Phantom Falls, pictured above, is a moody creature. Located deep within a nature reserve near Chico, the seasonal waterfall can be reached by no established trail, and it springs to life only during the gloomiest months of year. When it does, however, it's among the most stirring spectacles in the North State. Active NorCal | The Outbound 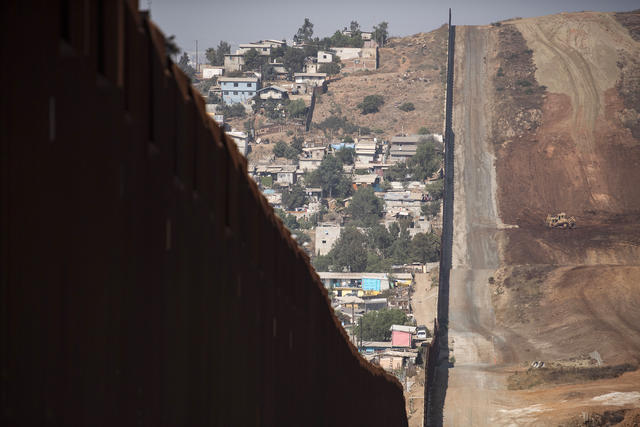 President Trump's border wall, officials said, will probably require hundreds of storm gates that must be left open for months every summer, providing easy entry for smugglers and migrants. The wall effectively acts as a sewer grate that traps debris during thunderstorms. "When clogged, the barriers cannot withstand the power of the runoff." Washington Post

An American who was evacuated from from Wuhan, China, and brought to March Air Reserve Base tried to leave the Riverside County base. More than 200 Americans on the flight from the heart of the coronavirus outbreak had been asked to remain at the base at least three days for observation. Now the individual has been ordered to stay for 14. Press-Enterprise | CNN 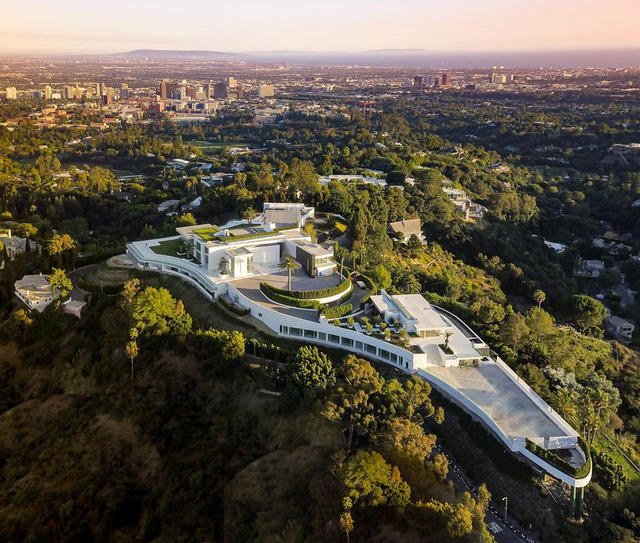 “When you have something that’s as rare as the Mona Lisa, you can command whatever you want for it,” the developer said.

Known as "The One," a giga-mansion sprawled atop a hill in Bel-Air is nearing its debut. The question is whether the speculative property can find a buyer at its asking price of $500 million. If it does, it would be America's most expensive home ever. Bloomberg | L.A. Times

A few other things you could buy with half a billion dollars: 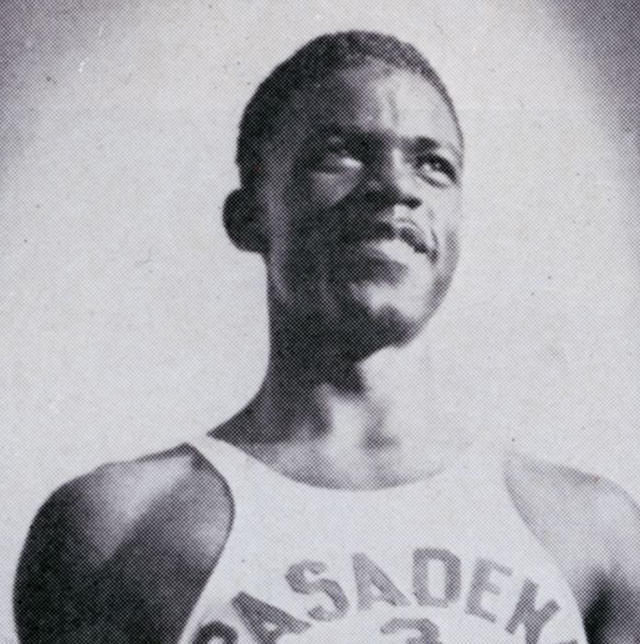 Jackie Robinson was born in Cairo, Georgia, on this day in 1919. While still a toddler, Robinson moved with his family to Pasadena, where his single mother believed they would have more opportunity. But the affluent, mostly white city had its own version of Jim Crow.

Minorities were only allowed to swim at the municipal pool Tuesdays, designated "International Day," between 2 and 5 p.m. On Pepper Street, where the Robinsons bought a home, white neighbors pressured the family to leave. A cross was burned on their front lawn. 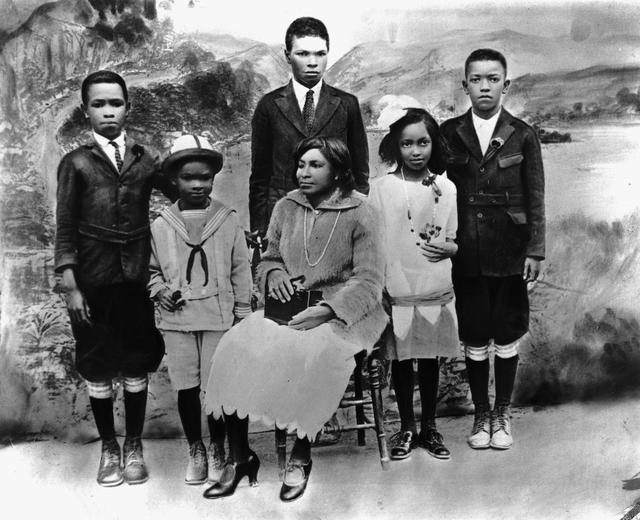 The Robinson family in 1925. In the rear, from left are Mack, Jackie, Edgar, Willa Mae, and Frank, Sitting is their mother Mallie Robinson.

As a young teen, Robinson ran with an interracial group of kids called the "Pepper Street gang" who would challenge white boys to football and other games, then collect on bets. He established himself as a sports phenom at John Muir Technical High School, joining every team he could, then graduated to Pasadena City College and UCLA, where he lettered in track, basketball, football, and baseball by the end of his first year.

If he wanted, Robinson could have gone on to be not just a good player, but a star in whatever sport he chose, the ESPN writer Howard Bryant said in the Ken Burns film "Jackie Robinson." He added: "You could make an argument that Jackie Robinson was the greatest athlete in American history." 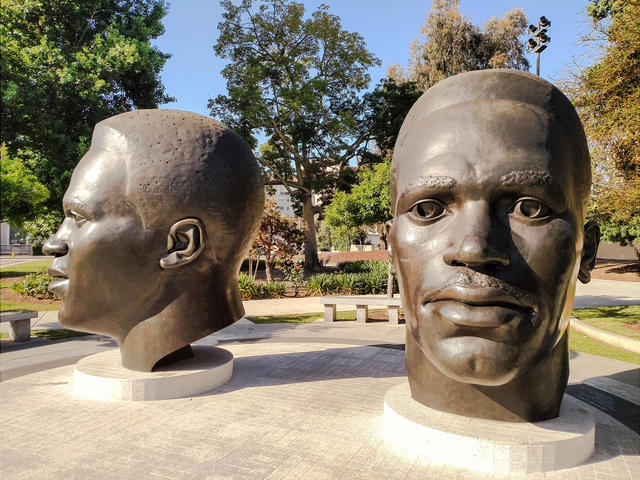 Robinson's choice, to join the Brooklyn Dodgers, broke baseball's color barrier and made him an American icon. He never looked back at Pasadena. His animus toward the city was heightened by the treatment his older brother faced there. Mack Robinson was a sports star in his own right, earning a silver medal in the 200 meters at the 1936 Olympics in Berlin, behind only Jesse Owens. Upon his return to Pasadena, however, the only work he could find was as a street sweeper. He performed the job while wearing his Olympic jacket.

Today, giant bronze statues of both Robinson brothers hold a place of honor outside City Hall. Jackie's head is deliberately pointed East, where he escaped Pasadena to make history. 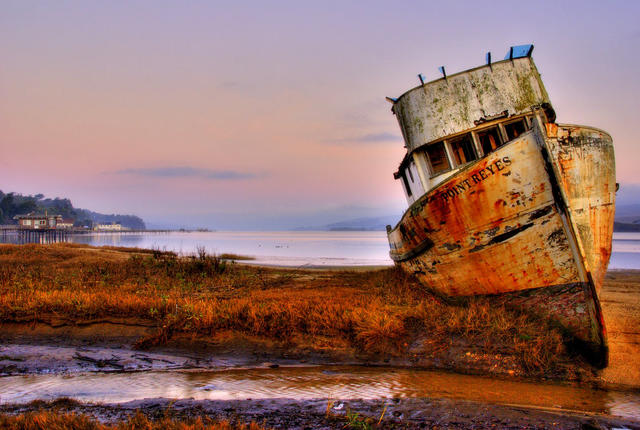