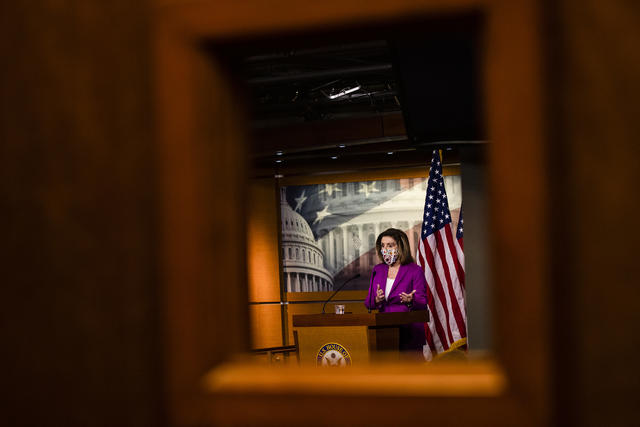 Speaker Nancy Pelosi called for the removal of President Trump in Washington on Thursday.

On a private call Thursday, Speaker Nancy Pelosi accused President Trump of treason, sources told Politico. Publicly, she called on Vice President Mike Pence to invoke the 25th Amendment, which allows him and the cabinet to strip the president of his powers. If Pence declines, she said, Democrats would seek to oust Trump through impeachment. “While there’s only 13 days left," Pelosi said, "any day can be a horror show for America.” N.Y. Times | Politico

Silicon Valley moved to further muzzle Trump on Thursday in a striking change for a social media industry that has long declined to interfere with the president's posts. Facebook and Instagram planned to block Trump until at least the end of his term on Jan. 20. “We believe the risks of allowing the president to continue to use our service during this period are simply too great,” Mark Zuckerberg said. Twitch, Snap, and YouTube also took steps to limit Trump's accounts. S.F. Chronicle | The Verge 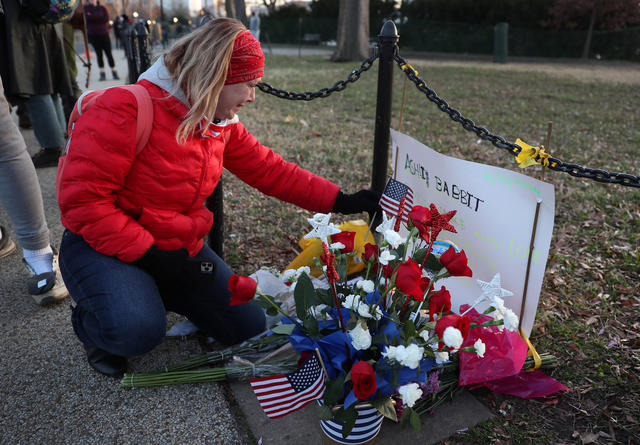 Melody Black, from Minnesota, visited a memorial for Ashli Babbitt near the Capitol on Thursday.

The N.Y. Times dug deeper into the life story of Ashli Babbitt, the 35-year-old San Diego woman killed by police during the insurrection at the Capitol on Wednesday. Her family described her as a "normal Californian." But she was fiercely outspoken on politics and grew increasingly ensared by the conspiratorial thinking of QAnon. She retweeted a post that promised a violent uprising that would lead to President Trump’s second inauguration. “Nothing will stop us,” she wrote the day before her death.

A former Oakland police officer was part of the mob that stormed the Capitol on Wednesday. In an interview with KPIX, Jurell Snyder defended the siege as an appropriate response to what he described as a treasonous theft of the presidential election by Democrats. The Oakland Police Department condemned his remarks. Oaklandside | SFGate.com

Coronavirus testing in three low-income communities in Los Angeles found that 32% of children were infected by the virus. In contrast, the rate in the wealthy enclave of Venice was 4.3%. The kids reported feeling no symptoms of Covid-19, but asymptomatic carriers can still spread the disease. The data has intensified worries about the push to reopen schools, especially for Black and Latino students. L.A. Times

California health officials reported a record two-day total of 1,042 coronavirus deaths on Thursday. The pile-up up of bodies at hospital morgues in Los Angeles County has gotten so severe that officials sent refrigerated trucks and National Guard troops to help with temporary storage of corpses. A.P. | L.A. Times 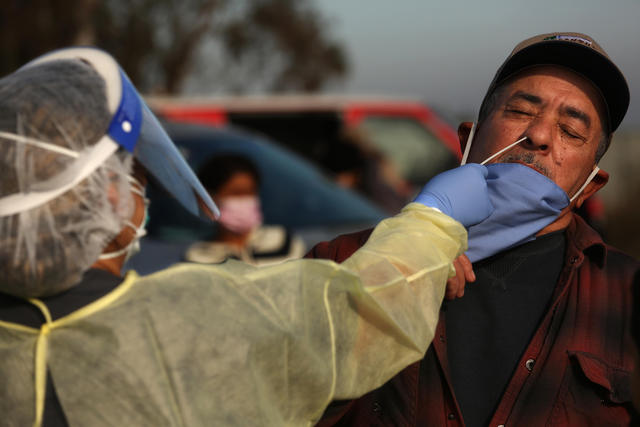 A man was tested for the coronavirus in Fresno County on Dec. 8.

The number of new daily infections across California has flattened over the last week at roughly 39,000, modestly less than the peak at the end of December. Health officials, however, aren't celebrating. They're bracing for a new wave of cases by the end of this weekend fueled by the social gatherings of Christmas and New Year's. “It’s my belief this is just a pause before a new peak,” said Mayor Eric Garcetti of Los Angeles. L.A. Times

One consequence of a split U.S. Senate: Vice President-elect Kamala Harris will have a starring role on Capitol Hill as the tie-breaking vote on key bills, Cabinet confirmations, and judgeships. “It will be a pretty dramatic moment anytime she has to come up to the Hill to break a tie, with every move monitored and put on the cable news and put on the Twitterverse,” a former Democratic leadership aide said. L.A. Times | KCRA 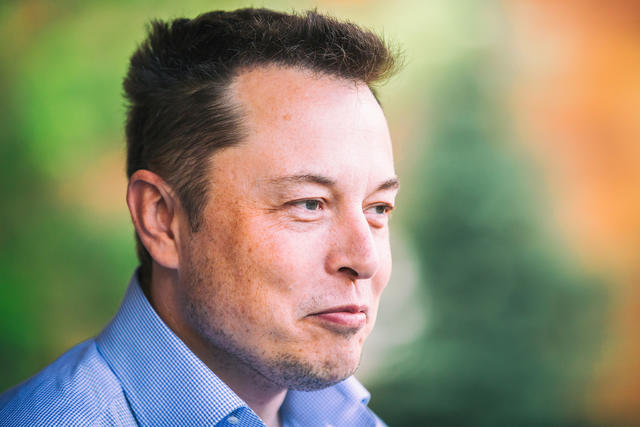 Elon Musk just became the richest person in the world. According to the Bloomberg Billionaires Index, Musk is now worth $194.8 billion, or about $9.5 billion more than the former No. 1, Jeff Bezos. Thanks to a rally in Tesla's share price, the brash South Africa-born engineer added more than $165 billion to his fortune over just the last year in what’s likely the fastest bout of wealth creation in history. Responding to the news, Musk tweeted, “How strange.” Then: "Well, back to work." Bloomberg | CNBC

While sifting through a dumpster in San Rafael last month, a homeless man named Sean Currey found a lost wallet. He thought about keeping it, but dismissed the idea. He tracked down the owner, 80-year-old Evelyn Topper, who was ecstatic to get her wallet back. Topper told the story to her granddaughter, whose 12th birthday was coming up. Moved, the girl asked her friends and family to donate to Currey in lieu of gifts. They collected $475. Currey teared up. But that wasn't all. A GoFundMe set up for him has raised nearly $30,000. Washington Post

The poet Lawrence Ferlinghetti once likened San Francisco to a place that “drifts anchorless upon the ocean.”

The metaphor comes to life with the city’s signature fog, which pours over the hills in slow-motion waves of white. On the ground, the experience can be dreary, “like living inside a great gray pearl,” as Herb Caen once put it. But viewed from above, the fog resembles the sea itself, upon which bits of the skyline appear like lighthouses or ship masts.

Below, some views of San Francisco submerged. 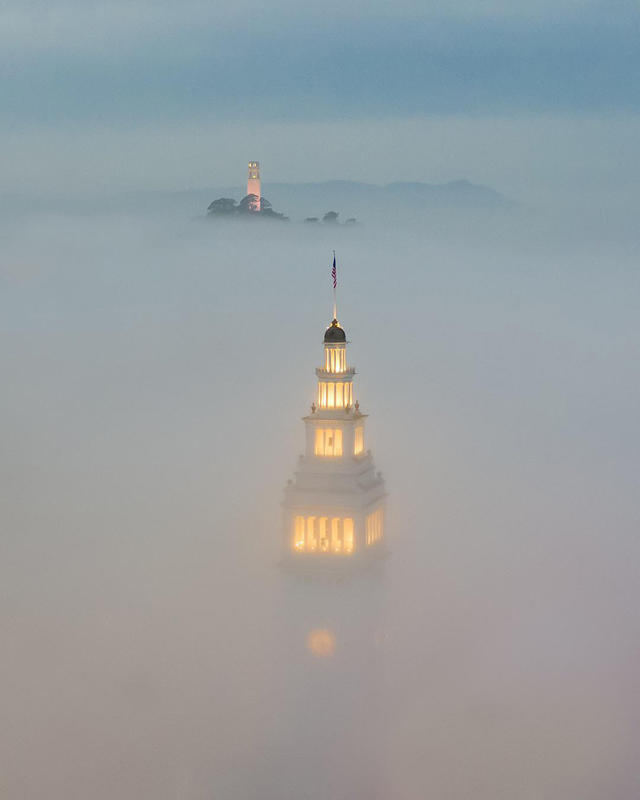 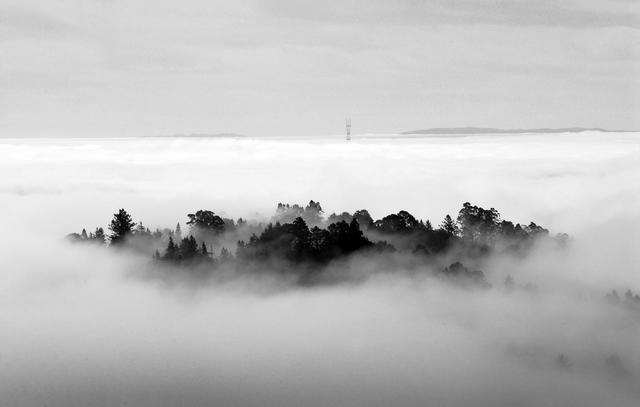 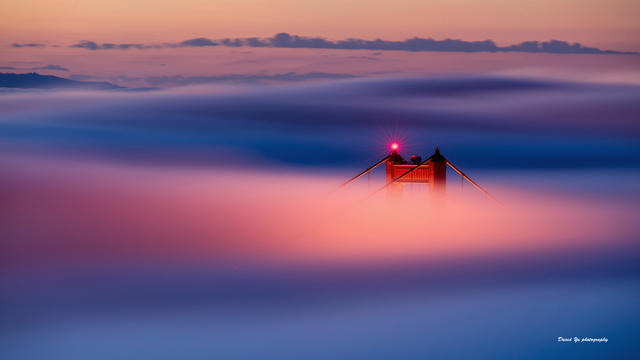 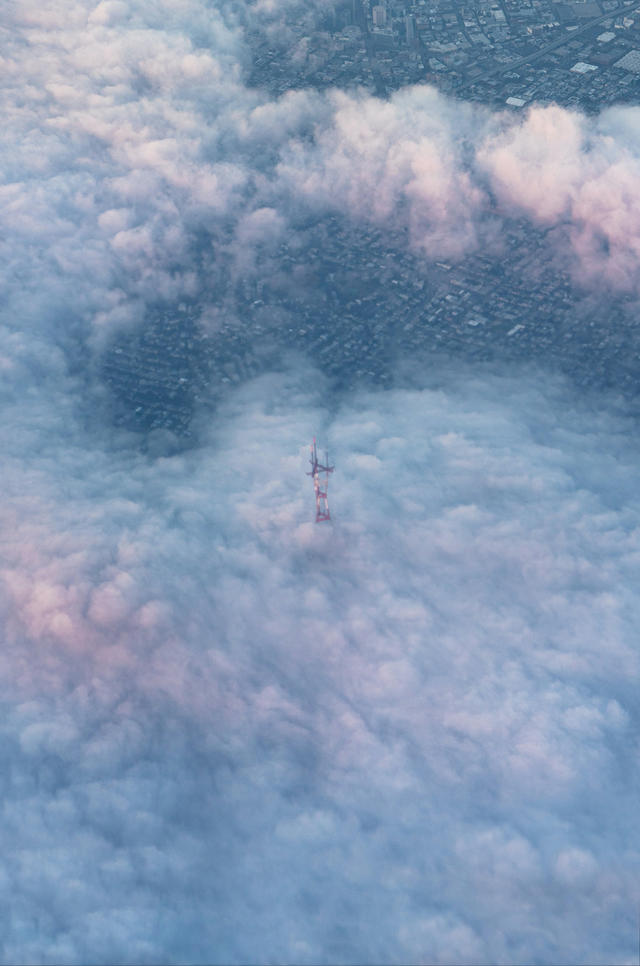 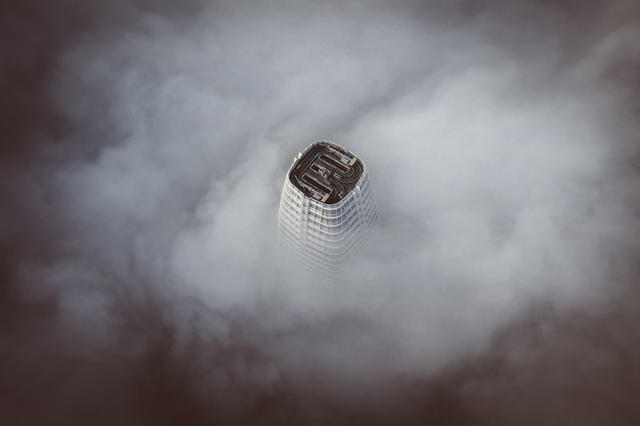 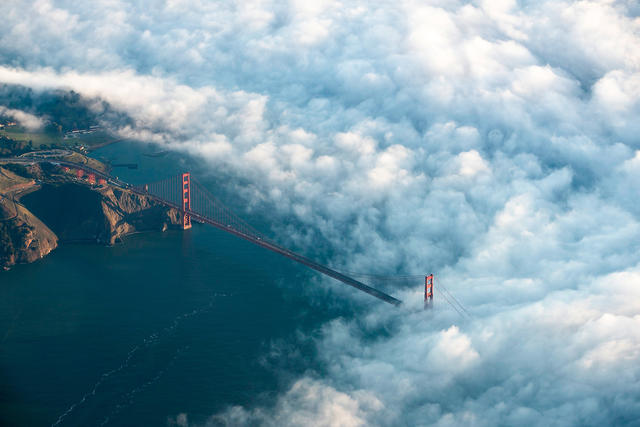 Starlings twisted and twirled above San Rafael on Dec. 23.

Gif created from video by The TreeSpirit Project.

Host Jeff Schechtman chats with Kathryn Olmsted, a UC Davis historian who has written about union organizing in California. Asked about the stirrings of labor activism in Silicon Valley, Olmsted said: "It would seem like we could well be at the beginning of a new era in labor politics."