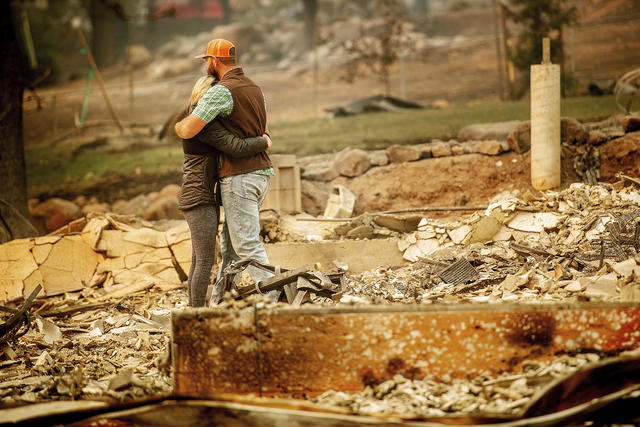 Chris and Nancy Brown embraced while searching through the remains of their home in Paradise on Monday.

Here are latest totals from the wildfires raging across California:

The largest blaze, the Camp fire in the foothills near Chico, now ranks as both the deadliest and most destructive wildfire in California history.

Read the latest on the infernos at the L.A. Times and A.P., and see a live fire map here.

Many of the people living in the Sierra foothills town of Paradise were retirees who intended to live out their days there. With retirement neighborhoods and mobile home parks reduced to ash, rescue workers were searching for more than 200 people still un­accounted for — work that was more likely to turn up bodies than survivors.

The day before the Camp fire ignited, a business owner in the vicinity got an email from PG&E telling her they needed access to her property because their power lines were causing sparks. It was unclear what set off the deadly wildfire. But records indicated that a transmission line created a hazard about 15 minutes before the blaze was first reported. 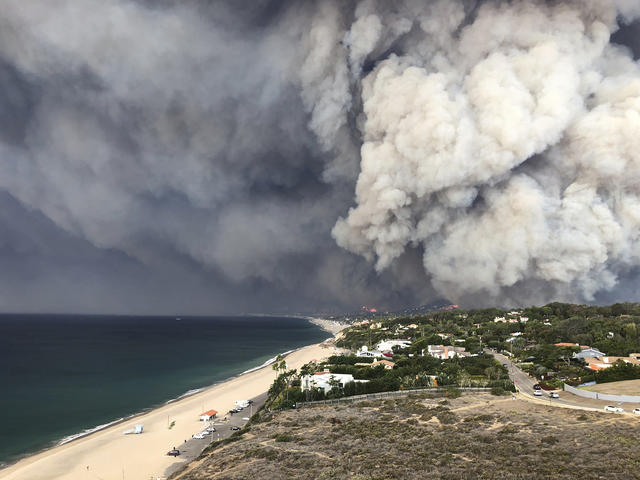 Apocalyptic smoke, scorched hillsides, and exploding palm trees. Here are 35 remarkable photos from the devastation in Malibu, where 435 homes and businesses have been destroyed. 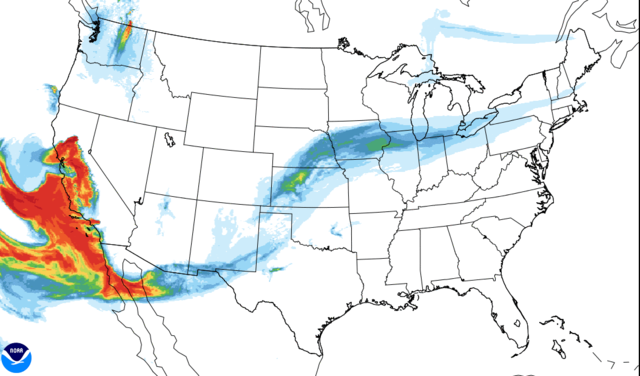 The smoke billowing from California's wildfires has been so copious that traces reached all the way to the East Coast.

Relief groups call it the "second disaster." Well-wishers have been inundating evacuation centers with things like deodorant and clothing that, while generous, are more trouble than they're worth. Officials said people need two things: Money and gift cards to local stores. 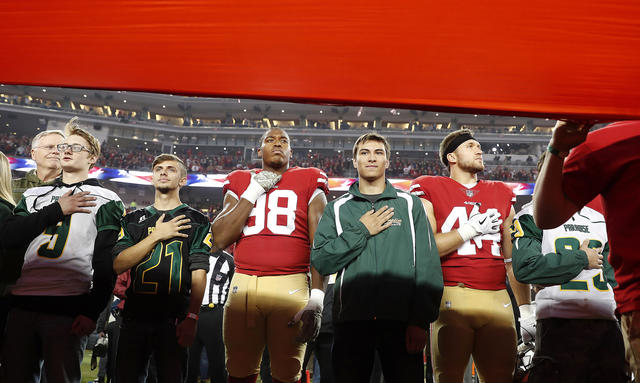 The Paradise High football team gathered on Monday at a neighboring school for the first time since the Camp fire erupted. There was a surprise waiting: 68 tickets for the San Francisco 49ers’ Monday night game against the New York Giants in Santa Clara. The high schoolers stood on the sideline with the team during the national anthem. 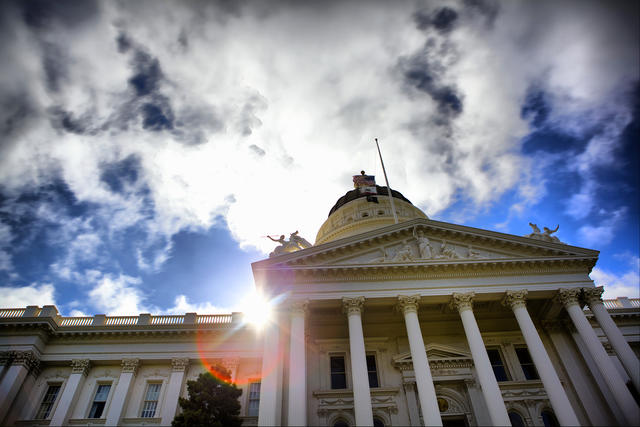 The state Capitol in Sacramento, where Democrats rule.

Democrats have extended their domination of Sacramento. In the latest election results, two Democrats clinched victories in the races for Republican-held state Senate seats in the Central Valley, giving the party so-called supermajorities in both chambers of the Legislature. If that weren't enough, the Democrats also hold every statewide office.

"I'm no Donald Trump," Gov.-elect Gavin Newsom said not long ago. "I won’t be asking the Democratic Party to do events at my hotel." Even so, the L.A. Times editorial board argued that there are a lot of uncomfortable similarities between the two leaders' potential conflicts of interest. 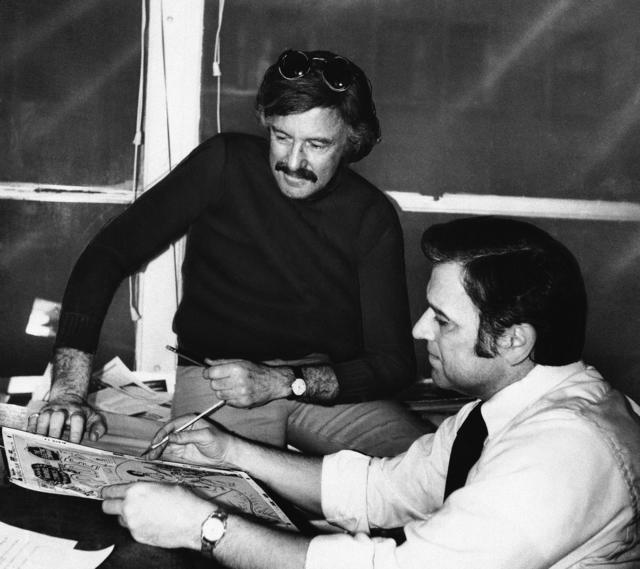 Stan Lee, in dark sweater, and his art director, John Romita, in 1975.

Stan Lee died in Los Angeles at 95. The publisher of Marvel Comics redefined the notion of a superhero with the self-doubting Spider-Man, swaggering Iron Man, and raging Incredible Hulk, among other characters. When Lee got his start in the 1940s, he was embarrassed by his profession. A half-century later, he had helped transform geek culture into a global phenomenon. Four of the top 10 grossing movies of all time are now based on characters from Marvel Comics.

Bonus link: This video claims to have every Lee cameo from 1989 to 2018. YouTube

The Washington Post took a look at an innovative program in Sacramento that aims to prevent murders by paying gang members up to $1,000 a month to stay out of trouble. Critics have portrayed it as bribing gangbangers to stop shooting each other. "It's a hard pill for people to swallow, especially law enforcement," a city official said. 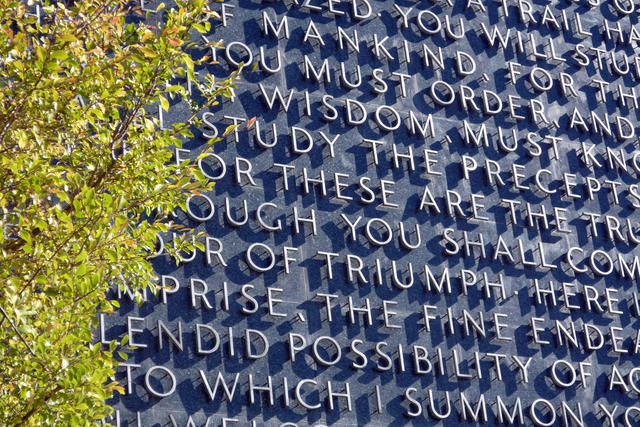 U.C. Berkeley's law school has been tied to the name of the building that houses it, Boalt Hall. Alumni call themselves “Boalties.” But the revelation that the hall's namesake was virulently anti-Chinese has set off an intense debate. Some say keeping the name would be unthinkable. Others say historical figures shouldn't be held to today’s standards. The dean is now being forced to take a side. 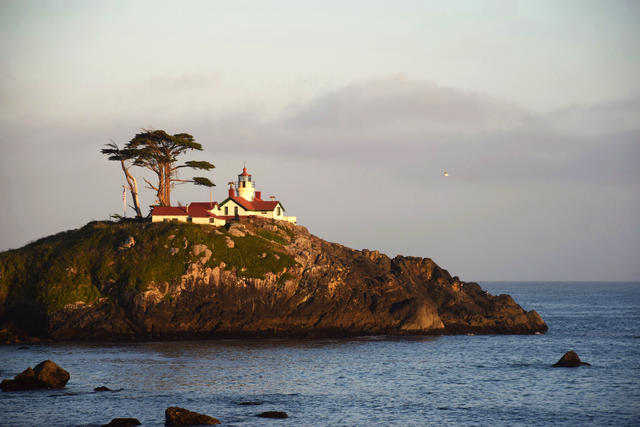 Battery Point Lighthouse was among the California coast's first lighthouses.

One of California's most charming lighthouses sits atop an islet off Crescent City on the north coast. Battery Point Lighthouse was first illuminated with oil lamps in 1856, tended by a keeper who had arrived from Oregon with his friend James Marshall. It was Marshall who later spotted the glittering flakes that set off the Gold Rush. That brought an influx of migrant ships and job security for his old friend. 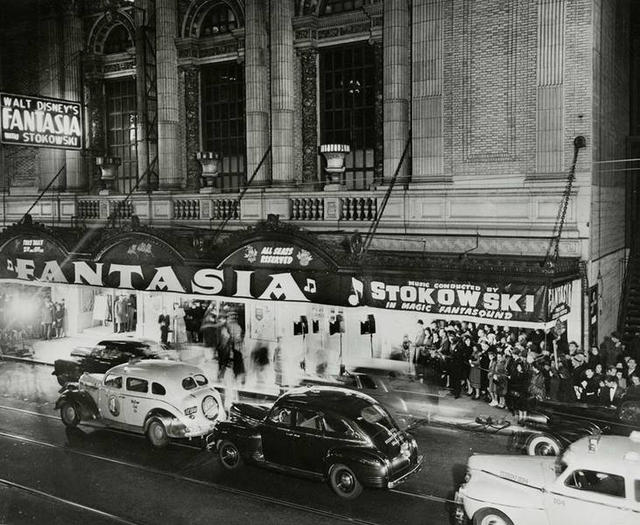 People lined up to see "Fantasia" at San Francisco's Geary Theater, circa 1940.

It was on this day in 1940 that Walt Disney's "Fantasia" had its premiere. With no dialogue, the lavish animated film interpreted the great works of Western classical music. Critics were blown away. The N.Y. Times called it "as terrific as anything that has ever happened on a screen." In time, "Fantasia" became regarded as among the greatest American films. 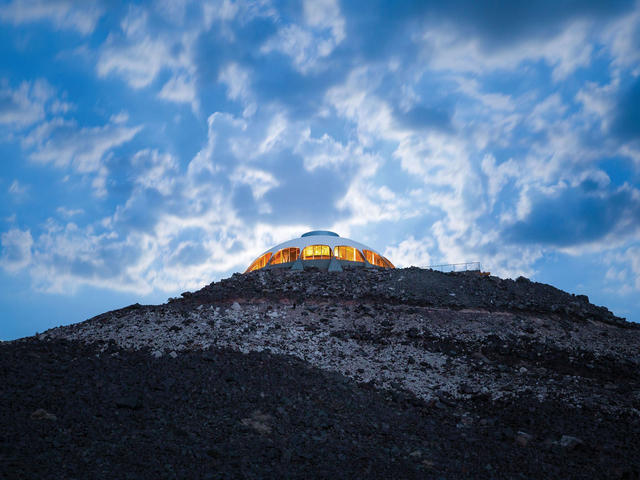 The midcentury modern Volcano House has 360-degree views of the Mojave Desert.

One of California's most unusual homes sits atop a 150-foot volcanic cinder cone in the desert east of Barstow. Built in 1968 for a California inventor and later owned by TV host Huell Howser, the so-called Volcano House looks like an alien spacecraft that alighted in the middle of nowhere and never left. Its most recent owners have plans to convert it into a retreat for people with illness.