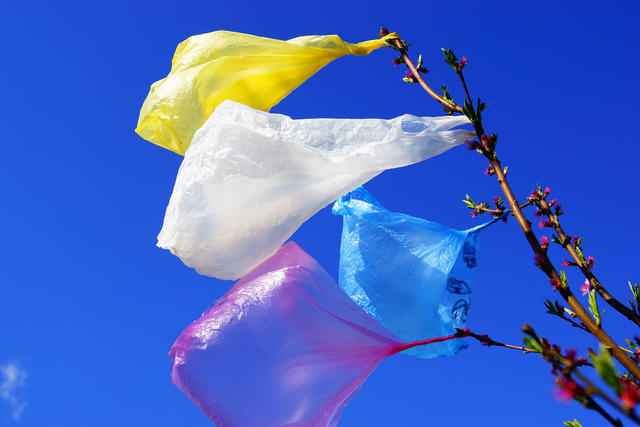 Plastic bags have been targeted as a menace to the environment.

Researchers found that sales of garbage bags skyrocketed after bans of plastic bags in California. Turns out a lot of people were reusing disposable shopping bags for things like picking up after dogs or lining trash bins. So about a third of the plastic eliminated by the ban came back in the form of thicker garbage bags. There was also a surge in the use of paper bags, which studies show are actually worse for the environment. And what about totes? "Even worse." 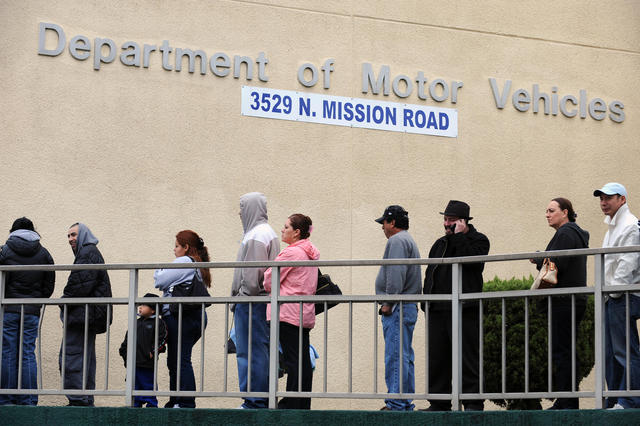 The L.A. Times did a four-month investigation of the botched "motor voter" rollout, an ambitious program to register millions of new voters at the California DMV. It found a project bogged down by personnel clashes, technological hurdles, and a rushed timeline. Also this: The system was found to be pinging internet server addresses in Croatia in an apparent hacking attempt.

After a day of emotional testimony, state lawmakers advanced a first-in-the-nation bill that would limit when police officers can use deadly force. "This bill can save mothers from grieving the loss of their children," said a woman whose son was killed by Los Angeles police.

A Sacramento County deputy sheriff who watched her partner die warned about the risk of officers hesitating for a fatal second in high-pressure encounters. "My only intention is to protect and save lives," she said. 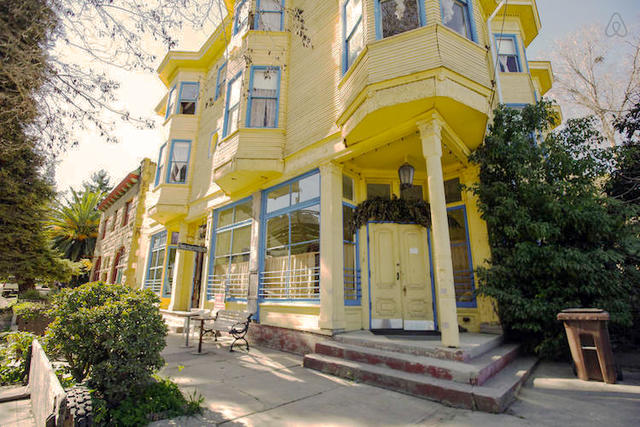 Visiting the Burlington Hotel is like stepping back in time.

The Fresno Bee's parent company responded to Rep. Devin Nunes's lawsuit against the newspaper, calling it an attack on a free press. The statement noted the Republican congressman's decision to file in Virginia, even though McClatchy and the Fresno Bee are both based in California. Legal experts explained that California has among the most robust statutes against frivolous defamation lawsuits. 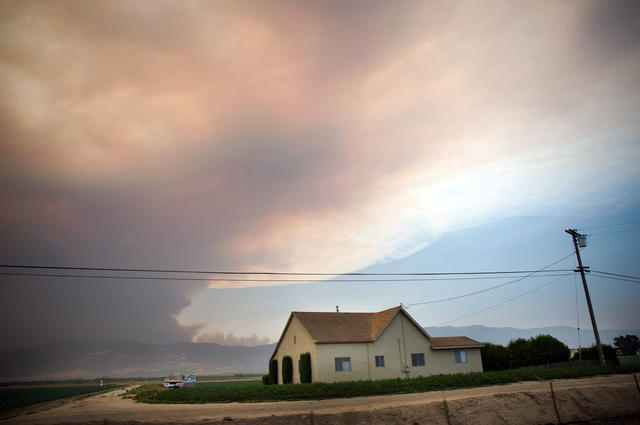 With California facing increasingly intense wildfires, residents in Big Sur are organizing their own citizen firefighting force. Leading the effort is Eric Beninger, a carpenter who used to battle fires with the U.S. Forest Service. He recruited neighbors and got an old fire truck for half price. "If the community doesn't do something to protect itself, who will?" he said. BBC

"I absolutely think his death should be counted." A number of Paradise residents have died from ill health since the Camp fire devastated the town. Their relatives think the deaths should be attributed to the disaster. Buzzfeed News

A water company in San Jose is seeking authorization from regulators to impose a surcharge on its customers. Why? To recover money lost from people conserving water. The utility has fixed costs, it explained, and rates are set according to anticipated consumption. "Not our problem," one customer wrote. 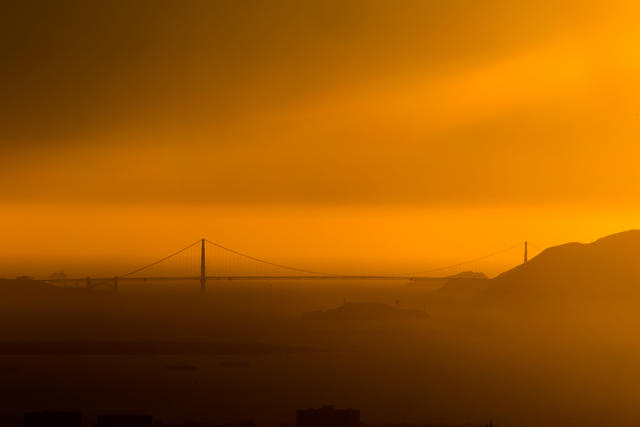 U.S. News & World Report analyzed data on employment, quality of life, and other factors to rank the nation's best places to live. Despite a low "value" score, San Francisco came out on top among California cities at No. 7. "San Franciscans are bound by a strong sense of pride in their region," the magazine wrote. San Jose was next at No. 14, followed by San Diego at 36. No. 1 overall: Austin, Texas. 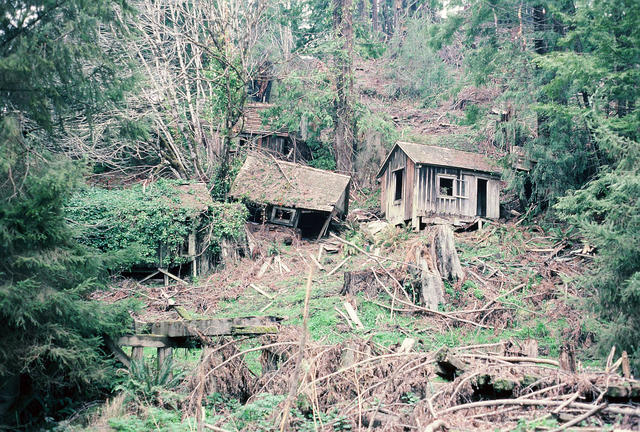 An undated image shows the remnants of Falk within what is now the Headwaters Forest Reserve.

Deep within one of Northern California's misty redwood forests lurk the traces of a forgotten town. It started with Noah Falk, an Ohio entrepreneur who came to California during the Gold Rush but was lured to the "redwood gold" of the North Coast. He bought a tract of forest near Eureka for $2.50 an acre and established the mill town of Falk, complete with a general store, post office, and dance hall. It thrived for nearly 50 years before succumbing during the Great Depression.

In time, bulldozers toppled the buildings and the forest reclaimed the land. Then in 1999, after a bitter fight between between conservationists and a lumber company, the area was protected within the Headwaters Forest Reserve. Hikers can still find remnants of Falk between the trees. Here's a short history of the ghost town at Visitredwoods.com, and a collection of archival photos on Flickr. 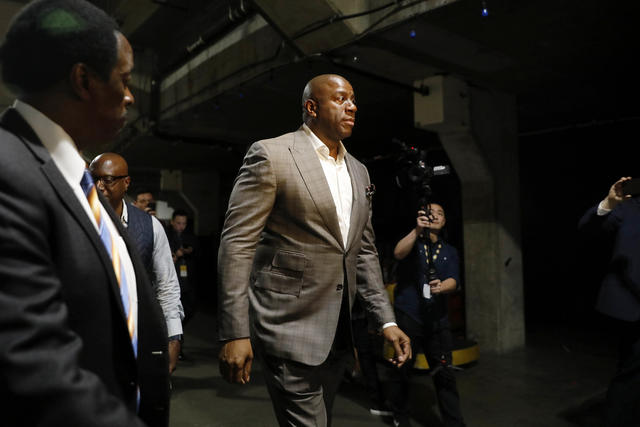 Magic Johnson abruptly stepped down as the Lakers' president of basketball operations. The move followed a disastrous season that ended with the team failing to reach the playoffs. Johnson made the surprise announcement, at times holding back tears, without first telling owner Jeanie Buss. "I couldn't face her to tell her," he said.

In 2016, a retired police dog in the Central Coast town of Grover Beach got loose and attacked an 85-year-old woman. When David Fear, a neighbor, came to her aid, the dog turned on him, causing what a physician called the "most horrific" injuries he’d seen on the job. Fear died. Now the dog's former owner, a retired police officer, is on trial. If convicted, he could get nearly four years in prison. 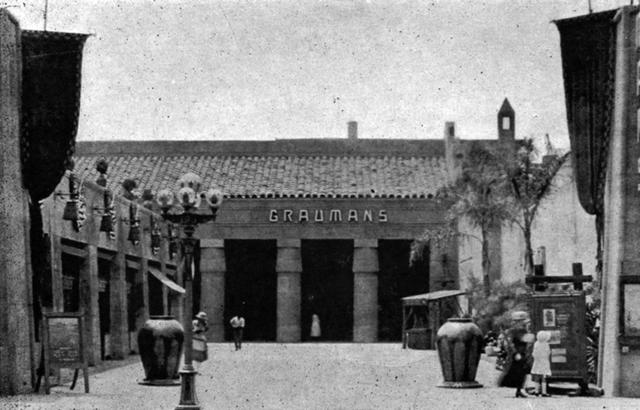 A postcard of Grauman's Egyptian Theatre, circa 1920s.

Netflix, which has been feuding with Hollywood traditionalists, is in talks to buy one of cinema's most famous institutions: the Egyptian Theatre on Hollywood Boulevard. It would be the Los Gatos company's first brick-and-mortar theater acquisition and is being viewed as a way to endear itself with the film community.

That's Yucaipa Mayor Bobby Duncan sharing his thoughts on Facebook. The post and others targeting unauthorized immigrants has civil rights groups demanding an explanation. Asked for one by a reporter, Duncan said, "I don't really want to talk about it. I'm not going to discuss it with you. You can write what you want." 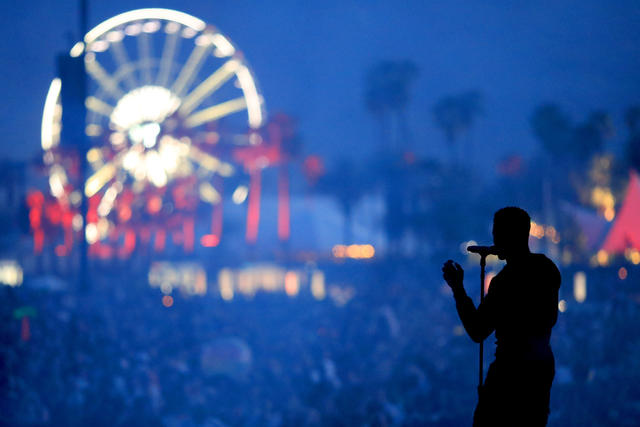 The Coachella music festival kicks off this weekend with Childish Gambino, Tame Impala, and Ariana Grande among the headliners. The gathering is also a showcase for the latest fashion, and according to an analysis of influencers on social media, one of the trendiest items this year is expected to be — no joke — denim underwear. Refinery29 | Quartz

Since the first festival 20 years ago, Coachella has gone from an experiment in the desert to a colossus of pop culture and branding. Here are a couple looks back in photos. Press-Enterprise | Desert Sun