"Early the next morning, they lost him."

Sheri Fink, a Pulitzer winner, spent a week inside Martin Luther King Jr. Community Hospital, which has been overwhelmed by coronavirus patients from impoverished neighborhoods in South Los Angeles. Her account of two fathers' deaths in an unequal hospital system is desperately sad and morally infuriating. N.Y. Times 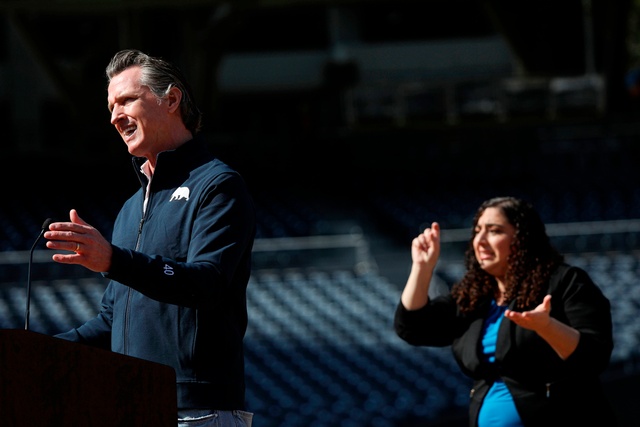 On Sunday, California reported fewer than 8,000 new coronavirus cases, the first time the number has dipped below 10,000 cases since before Thanksgiving. “That is encouraging news indeed,” Gov. Gavin Newsom said Monday. Soon, Newsom said, he would announce a plan to prioritize vaccinations for teachers and get schools back open. S.F. Chronicle

The N.Y. Times had three working moms across the country log their days during the pandemic. Mercedes Quintana, 29, was at home in Temecula with a spatula in one hand and a computer in the other: "making chocolate pancakes for her daughter, 3, black beans and toast for her husband and a sweet potato mash for herself, while trying to connect a Zoom call. But her headphones wouldn’t sync; now the beans were burning in the pan. 'It’s 9:31 a.m., and I’m frustrated and stressed out already,' she said."

Facebook said Monday that it would now ban misinformation about vaccines. Among the claims that will be removed: That vaccines cause autism, that it's safer to get Covid-19 than to get vaccinations, and that vaccines contain microchips. While Mark Zuckerberg has been a staunch proponent of free speech, he's increasingly made exceptions for misinformation deemed harmful to the public. The Verge | NPR 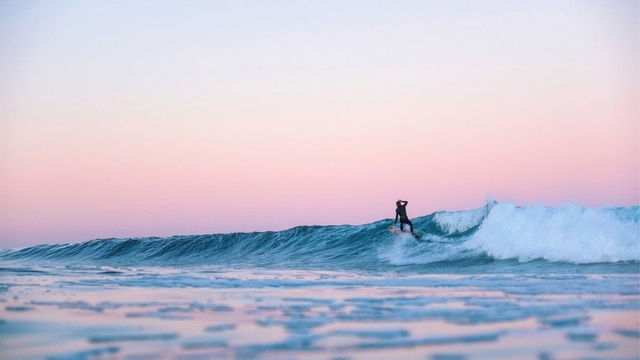 Bonnie Tsui, a Bay Area surfer, likes to get up at 5:30 a.m. to arrive at the beach when the sun hasn't yet breached the horizon and the stars and moon are still crisp overhead. In an essay, she uses this in-between period as a metaphor for the coming year. "Perhaps this is the spark after the darkness. I am preparing for reentry, into a changed new world that is only just making itself visible. And though it might not feel like it quite yet, so are you." Outside magazine

Attacks on elderly Asian Americans in Oakland have become so frequent that Alameda County's district attorney on Monday announced a new special response unit. In one attack that was captured on video, a man violently shoved a 91-year-old man to the ground on Jan. 31. A suspect was arrested Saturday and charged in connection with three attacks. Chinatown residents have complained for years that they are disproportionately targeted for assaults and robberies. NBC Bay Area | CNN 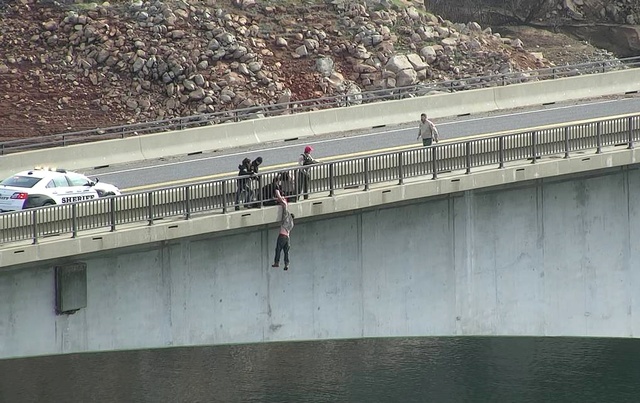 Alerted by reports of a distraught man on a 150-foot bridge in the foothills east of Stockton, a deputy arrived and tried to engage him in conversation. But the man climbed over the railing and stepped off. The deputy, officials said, then thrust his arm through the railing and grabbed the man's arm as he fell, a moment captured in the remarkable photo above. The man was pulled back up and sent to a hospital for help. Modesto Bee | A.P.

A group of left-wing protesters vandalized the home of the Sacramento mayor — throwing rocks, shouting his children's names, and breaking a homemade art piece. “This was not protest. This was anarchy,” Mayor Darrell Steinberg said Monday. “You want to challenge me, challenge me at City Hall. Challenge me in the community. Challenge me at the ballot box.” Sacramento Bee | CBS13 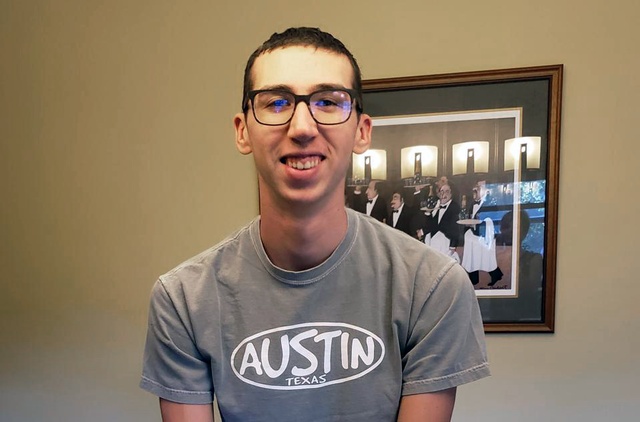 The family of a novice stock trader who killed himself after mistakenly believing he lost $730,000 has sued Robinhood, blaming the Menlo Park company's business practices for their son's death. Alex Kearns, 20, panicked after he saw a massive negative balance in his account. "He thought he blew up his life," his mother said. A day after Kearns was found dead, Robinhood sent him an automated email suggesting the trade had been resolved and he didn't owe any money. CBS News | A.P.

In a major setback for Los Angeles County District Attorney George Gascón, a judge on Monday blocked him from implementing a significant part of his sprawling criminal justice reform platform. Superior Court Judge James Chalfant ruled that Gascón could not force prosecutors to seek shorter sentences in hundreds of criminal cases, saying the plan exceeded his legal authority. “A district attorney’s discretion is not unlimited," he wrote. L.A. Times | LAist

The California coast can look like a trash dump after heavy rains, when urban debris is flushed out to sea — sometimes into the path of migrating whales. Mark Girardeau, of Orange County Outdoors, filmed a humpback swimming through garbage off Huntington Beach in January. "We humans have the brainpower, knowledge, and capability to do so much good for this environment that we get to be a part of," he wrote, "but instead we are failing." YouTube 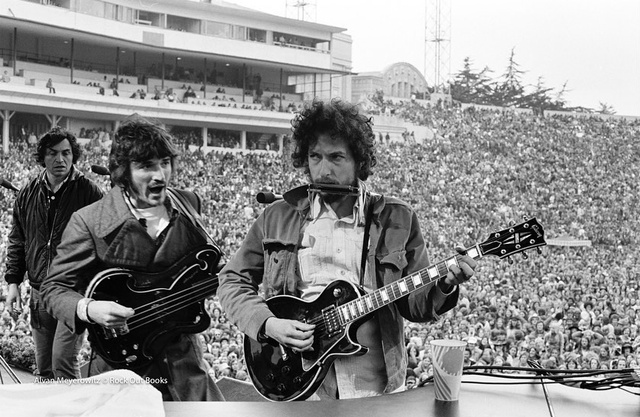 In the 1970s, the photographer Alvan Meyerowitz spent pretty much every weekend at San Francisco concert venues, getting up close with some of the era's biggest musicians. His archive is now being highlighted in a new Instagram feed, including the image above of Bob Dylan at Kezar Stadium on March 23, 1975. He performed along with Jerry Garcia, Santana, Joan Baez, and other luminaries as part of a benefit to save arts and sports at San Francisco's underfunded schools. It worked, raising roughly $200,000 and serving as a precursor of the megawatt benefit concerts that became a thing in the 1980s.