Dangerous winds were forecast to rake the bone-dry hills and valleys of California on Monday, prompting PG&E and Southern California Edison to warn that they may cut power to as many as 34,000 customers. The National Weather Service issued a red flag warning for much of the Central Valley, where gusts could hit 50 mph. Wildfire Today | Bloomberg 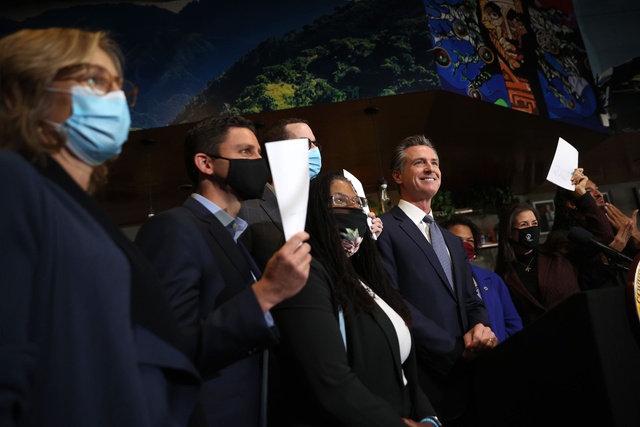 Gov. Gavin Newsom during a signing ceremony in Oakland on Friday.

Gov. Gavin Newsom had until Sunday night to decide the fate of dozens of bills passed by the state Legislature. Five notable measures that got his signature:

See the status of other consequential bills. 👉 CalMatters

Valley fever is on the rise in the hotter and drier West. Named after the Central Valley, the disease spreads as people inhale an airborne fungus that thrives in arid soil. Its symptoms mimic those of the flu, meaning many cases go undiagnosed. But infection can saddle patients with debilitating, lifelong illness and sometimes death. By one estimate, cases in California soared 800% between 2000 and 2018. Grist 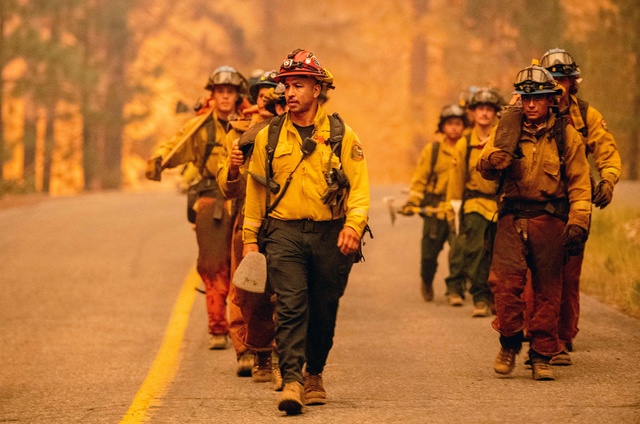 A crew of firefighters during the Dixie fire in Plumas County on July 23.

Officials spent more than $610 million to bring the Dixie fire under control — by far the most expensive suppression campaign in California history. The effort encompassed 6,579 workers, 569 fire engines, 194 water trucks, 198 bulldozers, 78 helicopters, and enough fire retardant to fill 31 Olympic-size swimming pools. The N.Y. Times did a deep dive on the how California's firefighting operations have ballooned to meet the challenge of wildfires that are bigger and more intense than any time on record.

On June 22, 2016, two female cyclists were killed in San Francisco in separate hit-and-run cases. There were vigils, expressions of outrage from city leaders, and days of media coverage. Five years later, the columnist Heather Knight followed up on the cases of the accused drivers and found wildly divergent outcomes.

— Nicky Garcia, who was 19 at the time of the collision, is still sitting in the county jail. He has yet to face trial.

— Farrukh Mushtaq, who was 32, served 16 days in jail and faces no more time behind bars. His private attorney cut a deal with prosecutors. S.F. Chronicle

A survey of 1,610 registered voters throughout the Bay Area found deep levels of discontent. More than two out of three respondents said quality of life in the region had worsened in the last five years. A solid majority, 56%, said they expected to leave within the next few years. Among the top worries: drought, wildfires, homelessness, and cost of housing. Mercury News 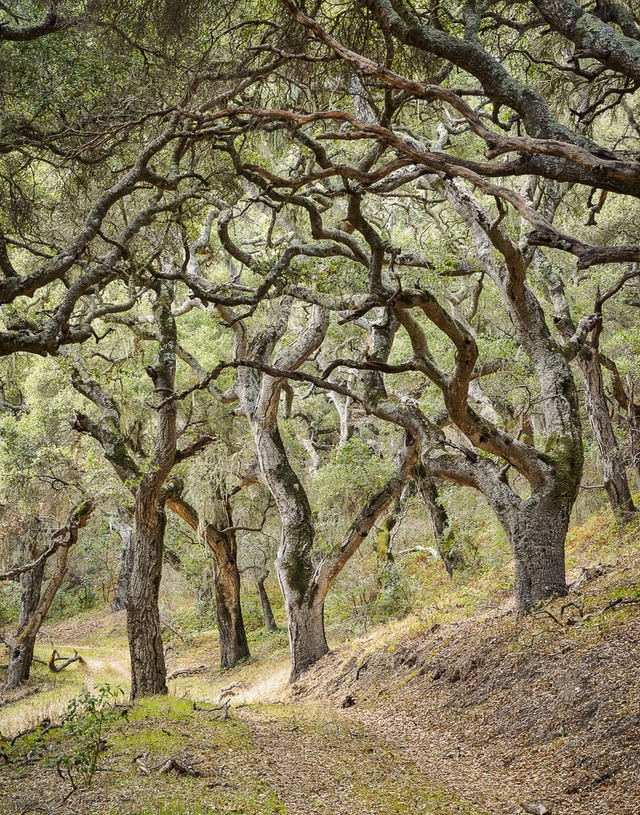 Gnarly coast live oaks seem to communicate with one another.

Oak trees don't produce acorns every year. But when they do, they drop tons of them all at the same time. Scientists haven't exactly figured out how the trees coordinate in this way. But they have a fascinating theory about why they do so: After millions of years of evolution, oaks have learned to overwhelm acorn-loving animals such as squirrels with food supply. That way, the creatures will bury the seeds, spreading oaks across the land. Bay Nature included California's coast live oak in its list of species to look for in the Bay Area this fall. 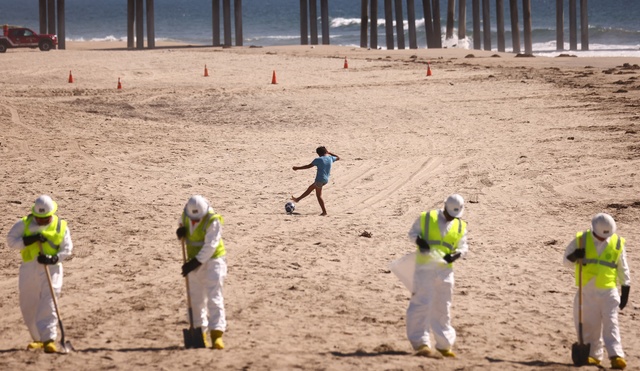 Cleanup workers searched for contaminated sand on the shore in Huntington Beach on Saturday.

When an oil slick was first detected off Orange County, environmentalists feared a calamity for the coastline's marine ecosystems. A week later, the mood is more upbeat. “Based on what we’re seeing, it’s a lighter impact than expected of a worst-case discharge,” California Fish and Wildlife Lt. Christian Corbo said. “We’re hoping to see less impacts to the shoreline, less impacts to wildlife, based on that lowered threshold.” A.P.

Huntington Beach said it would reopen its city and state beaches on Monday after tests showed the water was free of oil. O.C. Register | A.P.

Southern California water officials are paying farmers to not grow crops. Brad Robinson, an alfalfa farmer in Blythe, said he was receiving $909 this year for each acre of farmland left dry and unplanted. The water instead stays in Lake Mead, which has sunk to its lowest level since it was filled in the 1930s. “Honestly, I think I could make more money farming," Robinson said. "But for the sake of the Colorado River, I think it’s the right thing to do.” L.A. Times

A 40-year-old man who tried to drive his truck into people on a Southern California sidewalk was pulled from the vehicle and beaten to death, the authorities said. The trouble started around midnight Friday when the man was asked to leave a business in Hawthorne, police said. Instead, he climbed into his truck, ultimately slamming into a liquor store. Responding police officers found him sprawled on the ground. Daily Breeze | CBSLA 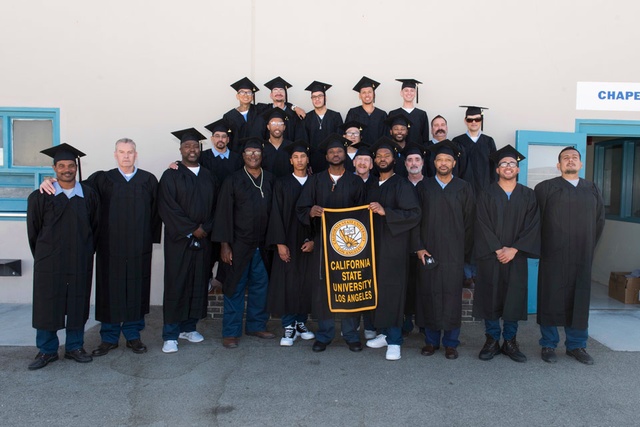 ☝️ Meet the latest graduates of Cal State Los Angeles, all of them incarcerated in state prison. The 25 men were participants in the Prison Graduation Initiative, the first in-person bachelor’s degree program for California inmates. "Having professors come into the facility and make space for us has been life changing," said Allen Burnett, who served 27 years behind bars. "They told us things I was never accustomed to hearing, things I never expected to hear, like 'We believe in you,' 'That's a good job,' 'You did this correctly.'" CNN 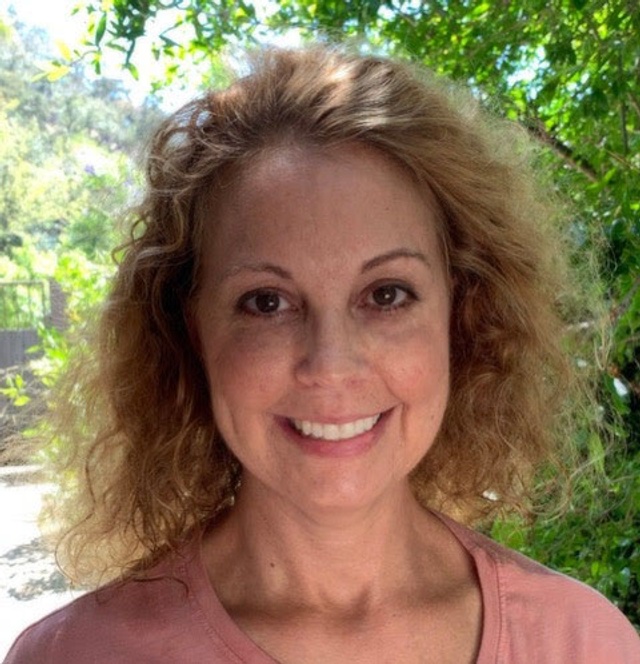 … Julia Bricklin, a nonfiction writer and California historian; her most recent book, “The Notorious Life of Ned Buntline,” explores the antics of the 19th-century dime novelist who popularized the legend of Buffalo Bill.

A: Montana de Oro State Park is just phenomenal. The trails and campgrounds are in Los Osos, just northwest of San Luis Obispo. The beachy woods and mild weather are evocative of what the California coastline was like before global warming and over-building set in.

The best book I’ve read recently was “Home Before Dark,” by Riley Sager. I read three to four mysteries a week, but not usually ones layered with horror. It was so smartly done. I was terrified, but could not put it down!

I’m going to cheat a little and say West Coast Pretzels, in Sun Valley. I’m cheating because it happens to be my husband’s company, but the vegan pretzels — Bavarian style — are absolutely the best you can get on this side of the country. They’re modeled after those that Philadelphians grew up with, and some transplants say they’re actually better.

I’d invite Frank Morris, the famous Alcatraz escapee, just to find out what the heck happened to him! (I like to think he made it.) I’d also invite (Dona) Maria Ignacia Alvarado de Pico, wife of the last governor of California under the Mexican regime. I’d love to hear her relate the sweeping changes to the California landscape and political system as observed from her (admittedly) privileged position. Lastly, I’d invite the evangelist Aimee Semple McPherson, just to see what made her tick. I know I could get her to tell me what really happened when she was purportedly kidnapped from Santa Monica in 1926! I think I’d get the conversation started by asking them what they thought of the Jan. 6 attack on the U.S. Capitol.

Much of your writing seeks to unearth lesser-known histories of California. What's a story you've discovered in your research that you'd still like to tell?

In the mid-1800s, there was a spiritualist — a “trance medium” — named Cora L.V. Hatch. She was one of the most famous people in America during her heyday and had the ear of very powerful politicians. She was married four times and divorced three, each time shedding a man who said he loved her but really wanted a share of her receipts. I’d really like to be able to learn more about her childhood and non-public life and put together a biography. I think she could really shed light on how women carefully and craftily navigated the courts back then in order to just be able to control their own money and destiny.