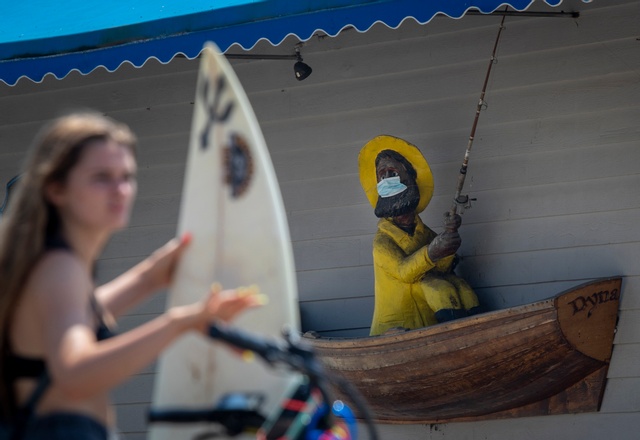 A fisherman statue was fitted with a mask at the San Clemente pier.

If adopted in California, revised CDC guidance would lead to a resumption of indoor masking, regardless of vaccination status, for 96% of the state's population. The federal recommendation now calls for masking in counties with “substantial” or "high" rates of coronavirus transmission, which includes all of Southern California, the Bay Area, and most of the Central Valley. Gov. Gavin Newsom said on Tuesday that the state would "make some comments in very short order.” L.A. Times | CalMatters

Facing a recall movement powered in part by accusations of hypocrisy, Newsom pulled his children from a basketball camp after a photo surfaced showing his son sitting maskless indoors among other maskless campers. In a statement, the Newsoms suggested they were taken aback by the photo, which was discovered by a group advocating for school reopening without masks. Then a copy of the mask policy emailed to campers' parents surfaced. "Masks will not be enforced," it stated. SFGate.com | Politico 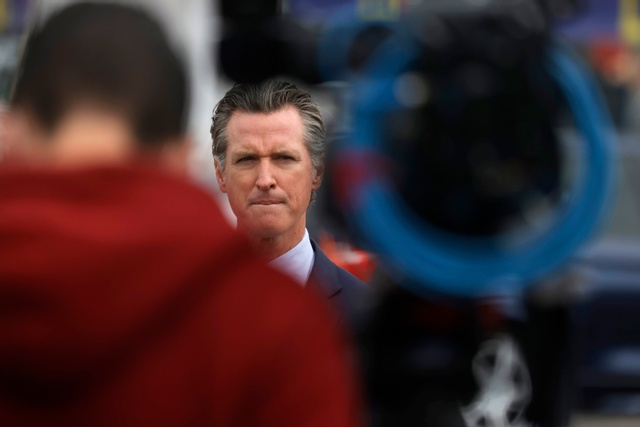 “As of right now I’d say [Newsom] is in jeopardy.”

With ballots set to be mailed out in just a few weeks, likely California voters are now roughly split on whether to recall Gov. Gavin Newsom, a new Berkeley poll found. Among likely voters, 47% favor his removal and 50% oppose it. While Newsom still enjoys majority support among California's overwhelmingly Democratic electorate, he faces a yawning enthusiasm gap: Just 58% of Democrats expressed strong interest in the recall vote. That figure among Republicans is nearly 90%. L.A. Times | Politico

In the 1960s, California’s higher education system embraced a lofty goal: Any resident who worked hard enough would be guaranteed a first-rate university education. But it's only getting harder to attend the University of California. More than 71,000 freshman applicants were denied admission for fall 2021, including nearly 44,000 Californians. Yet the overwhelming majority would have been eligible if past trends were a guide. The admission rate for California freshman applicants is now 65.7%, compared with 70.5% last year. In 1995, it was 83.5%. L.A. Times 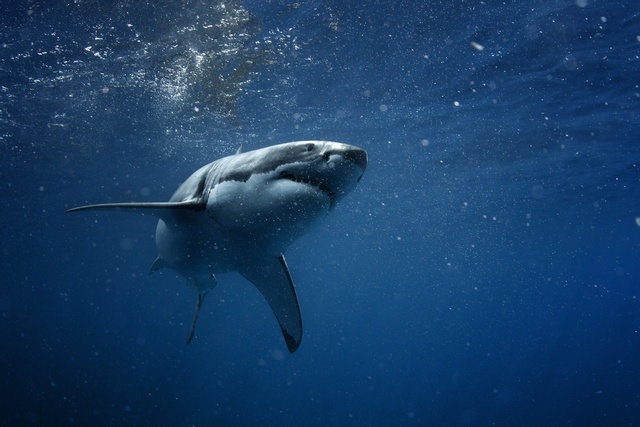 The geographic range of young great whites has expanded north along the California coast.

Conservation efforts and a warming ocean have expanded the range of great white sharks off California, allowing them to comfortably go much farther north than ever before. Last month, a swimmer was bitten near San Francisco. “White sharks right now are beneficiaries of climate change,” said Chris Lowe, who runs the Shark Lab at Cal State Long Beach. “But there are many questions about what is happening and why it is happening in these places. And as the teenage population of the white shark continues to grow, what and where are they going to eat?” Washington Post

School officials voted to cover “The Life of Washington,” a mural from 1935–36.

A judge overturned the San Francisco school board's move to cover up a high school's Depression-era mural that shows George Washington as a slave owner. Judge Anne-Christine Massullo said the board failed to conduct a mandatory environmental review that would weigh alternatives. In 2019, board members initially voted to destroy the artwork, arguing that its imagery is traumatic for students. The controversy exploded, with historians, artists, educators, the NAACP, and others accusing the board of whitewashing an important artwork. S.F. Chronicle | CBS SF

With the massive Dixie fire bearing down, everyone cleared out of the mountain town of Taylorsville in Plumas County — except, that is, for the Pearce brothers, their neighbor Travis Bloxham, and a group of local volunteer firefighters. The men spent four straight days — from Thursday to Sunday — soaking the entire town with the assistance of two water trucks. At a certain point they had to stop because the ground was too muddy for vehicles to drive. The men are being hailed as heroes. KRCR 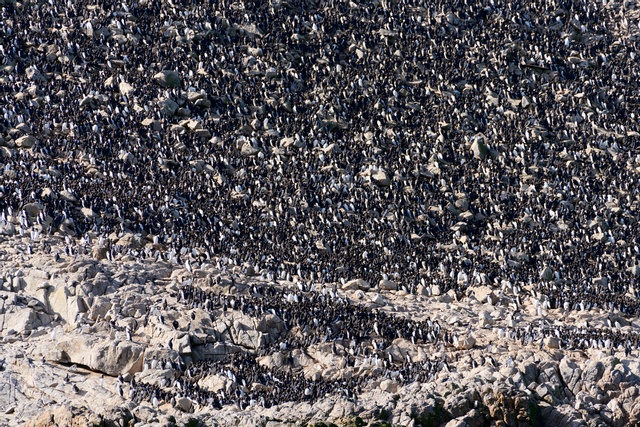 A massive colony of common murres nests at the Farallon Islands.

The most inaccessible place in San Francisco is a two-hour boat trip from the mainland. On the Farallon Islands, where the public is forbidden, birds rule. During the Gold Rush, hundreds of thousands of murre eggs were taken from the islands to feed hungry miners. Today, after decades of conservation work, the seabirds have recovered to the point where, at times, virtually every patch of ground is occupied by an animal. Erica Messner wrote about one of California's most pristine places and the handful of researchers who live and work there. 👉 San Franciscan

In 2008, a group of activists climbed into the canopy of a Humboldt County redwood forest and didn't come down for four years. In a region where 90% of virgin redwoods were eliminated by the 1960s, the tree-sitters aimed to block the felling of second-growth trees that might mature into the next old-growth forests. In 2012, the owner of the land, Green Diamond, announced a deal to transfer more than 1,000 acres to a public trust, including the occupied trees. The activists declared victory. Plans are now in the works to open roughly 30 miles of trails through what's been named the McKay Community Forest. This short film about one tree-sitter's life 100 feet in the air, among the birdsong and patter of rainfall, is gorgeously done. 👉 Vimeo (~13 mins) 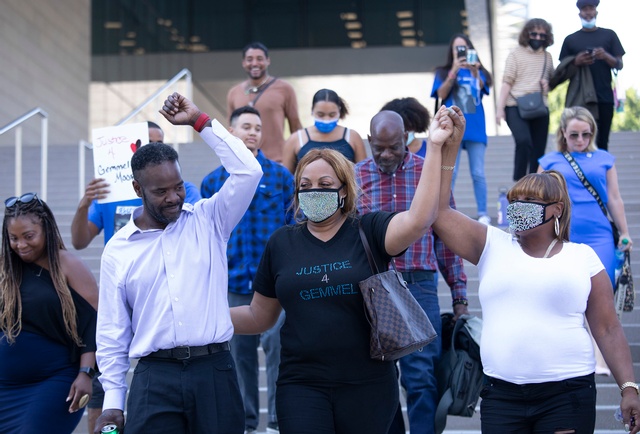 Survivors and friends and family members of victims emerged from court in Los Angeles after Ed Buck’s conviction on Tuesday.

During the trial of Ed Buck, a fixture of West Hollywood politics, the judge warned that the jurors may need counseling services. In videos and photos, the prosecution described how Buck paid young Black men recruited off the streets to let Buck inject meth into their arms and “prance around in underwear.” Two men ended up dead. The verdict came down Tuesday: guilty on all nine charges. Buck could spend the rest of his life in prison. L.A. Times | NBC News

An 18-year-old woman was fatally shot and a 19-year-old man was gravely wounded as they watched the horror movie "The Forever Purge” in a Corona movie theater late Monday, police said. An employee found the victims, Rylee Goodrich and Anthony Barajas, after the last showing of the movie, the fifth in a film franchise in which all crime — including murder — is legal for 12 hours. No suspect or potential motive was identified. Hollywood Reporter | Press-Enterprise 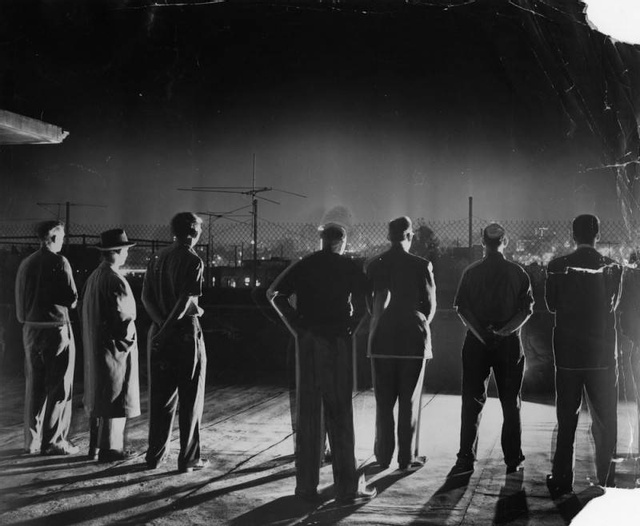 In the 1950s, Angelenos would sometimes see two "sunrises" — one from the sun and another from atomic bomb tests in the Nevada desert. Between 1951 and 1962, 100 detonations were conducted above ground at the site northwest of Las Vegas, some so brilliant that they could be seen from points across the California coast. People would rise early to see the predawn blasts, some standing on their lawns in bathrobes. Newspaper accounts described the glow as akin to "a monster photo flashbulb going off," casting shadows and making wristwatches readable for a full minute. Here are 11 eerie photos of "A-bomb sunrises" recovered from the archives. 👉 Wired