Good morning. It's Thursday, May 2. 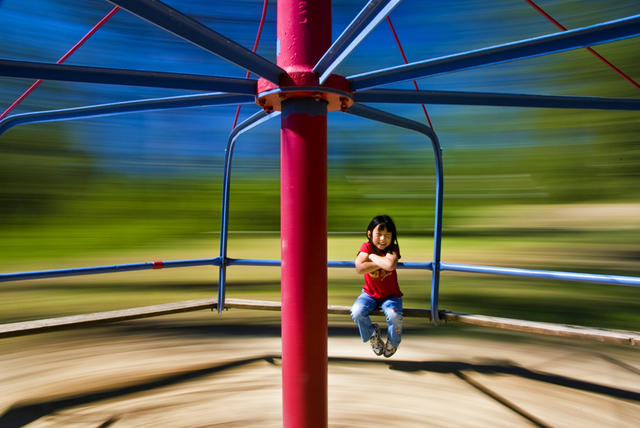 People aren't having as many kids.

California had the slowest population growth in its history last year as immigration slowed and birthrates declined. According to new estimates, the state added roughly 187,000 residents last year, bringing the population to about 39.9 million as of Jan. 1. One reason for the slowdown: the housing crunch has young people delaying childbirth or moving. L.A. Times | A.P. 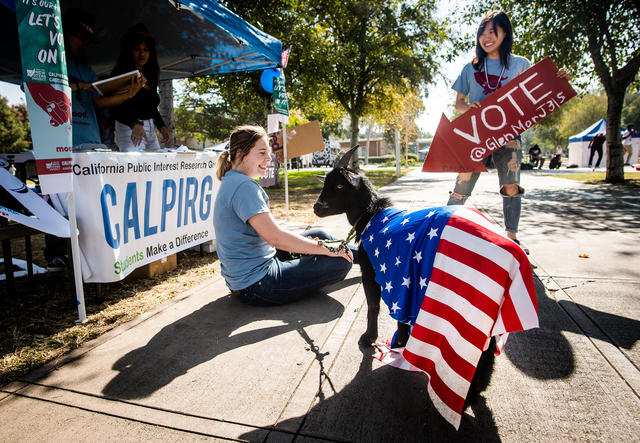 Just 8 percent of California voters between the ages of 18 and 24 turned out to vote in the 2014 midterms. Last year, the figure was 27 percent. Analysts expect the reliably progressive bloc to make its presence felt in 2020. "There was a blue wave in 2018, and the numbers suggest it might not have reached its peak," a political consultant said.

Next time you hear someone respond with a "back in my day" argument to the financial struggles of college students, direct them to this analysis. It found that the cost of attending a Cal State University campus is 14 times greater than it was 40 years ago — and that's adjusted for inflation. For U.C. students, it's six times more expensive. 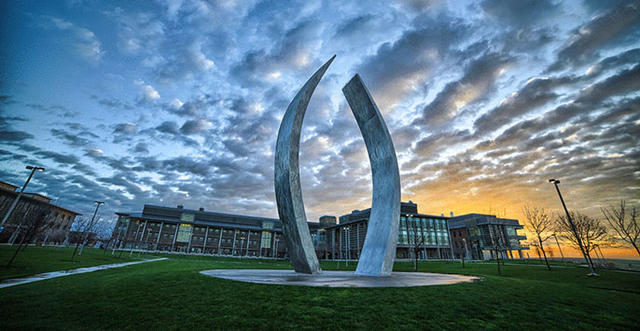 An education publication ranked U.C. Merced its “University of the Year.”

Fun fact: Nearly 3 out of 4 students at U.C. Merced are the first in their family to attend college — double the national average and by far the highest of any U.C. University of California

Fun fact No 2: U.C Irvine was just ranked the No. 1 public university in the nation for value. UCI News | Forbes 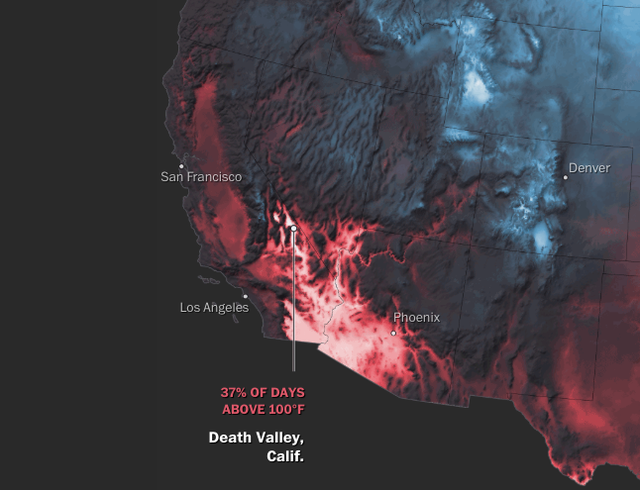 The Washington Post analyzed weather events going back a decade or more to create a series of beautifully done maps on the risk of "wicked weather and deadly disasters." California appeared to have been largely free of tornadoes, hurricanes, and lightning. But floods, fires, and earthquakes? Not as lucky. Washington Post

A wildfire forecast said California should buckle up for an "above normal" fire season as a buildup of grasses dries out. A.P. | KFSN

PG&E said it would set up a $105 million fund to help house victims of California wildfires sparked by the utility's equipment. Attorneys for victims had asked for a larger assistance fund: $250 million. What's crucial, a victim advocate said, is that money be disbursed quickly. "The really horrific situation is in Butte County, where Camp Fire victims are living in tents and trailers." 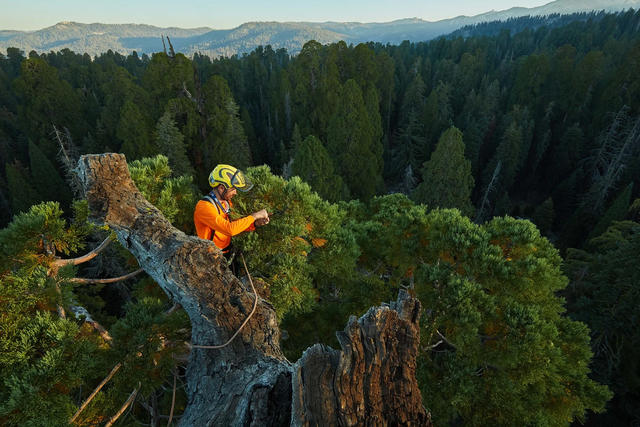 Ethan Gicker in the canopy of a giant sequoia.

Here's a job with a unique skill set. U.C. Berkeley botanists are studying California’s ancient coastal redwoods and giant sequoias by climbing more than 300 feet into the teeming canopy. Earther

Also, here's a fascinating TED talk (~19 minutes) about the mysterious lives of California's giant trees. "When you look at the base of a redwood tree, you're not seeing the organism. You're like a mouse looking at the foot of an elephant." TED

A family of a Chinese student paid $6.5 million to the man at the center of the college admissions scandal for help securing a spot at Stanford, reports said. Yusi Zhao was admitted to the elite university after being put forward as a competitive sailor. Stanford rescinded Zhao's admission in April. The university's former sailing coach pleaded guilty to racketeering. L.A. Times | N.Y. Times

"You can rest assured that there is going to be a new wave of indictments." Prosecutors are taking advantage of cooperation from parents and coaches who have already pleaded guilty. A.P. | N.Y. Times

"Uber's IPO will mint a few millionaires and billionaires.

Thousands of drivers will be left with poverty wages.

And those who created its reckless culture will be rewarded.

This is how Silicon Valley's wealth creation engine works." 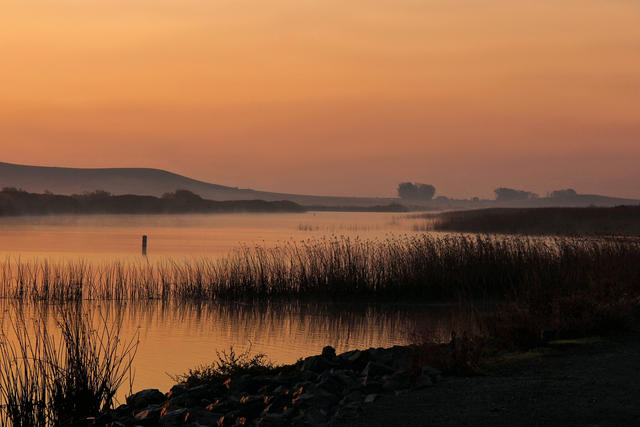 At 130 square miles, Suisun Marsh along the lower Sacramento River Delta is the largest remaining contiguous area of coastal wetland in California. It's also the setting for one of the state's most sensational wildlife shows, including majestic tule elk — growing up to 900 pounds and sporting some of the biggest antlers in the world. If you're very lucky, you could see two bulls lock horns over the affections of a female. 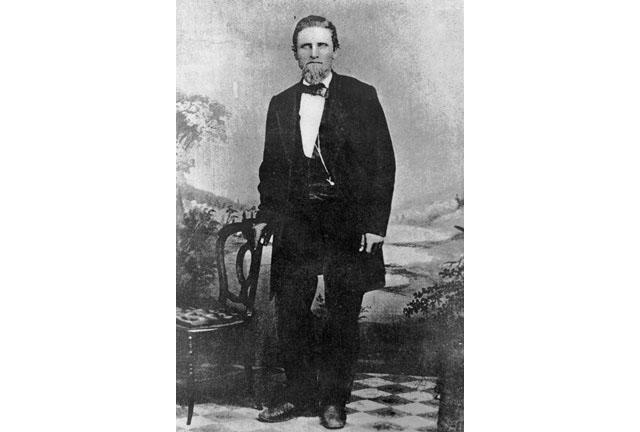 Snowshoe Thompson had a serious goatee.

Snowshoe Thompson was born on this week in 1827. The Norwegian immigrant with icy blue eyes was the Paul Bunyan of the Sierra Nevada. At a time when delivering mail over the snowbound mountain range was considered impossible during winter, Thompson offered his services in 1856 using a pair of seven-foot oak planks secured to his feet with straps. He completed the 90-mile route twice monthly for the next 20 years. Though not widely known, Thompson is credited as the father of California skiing. 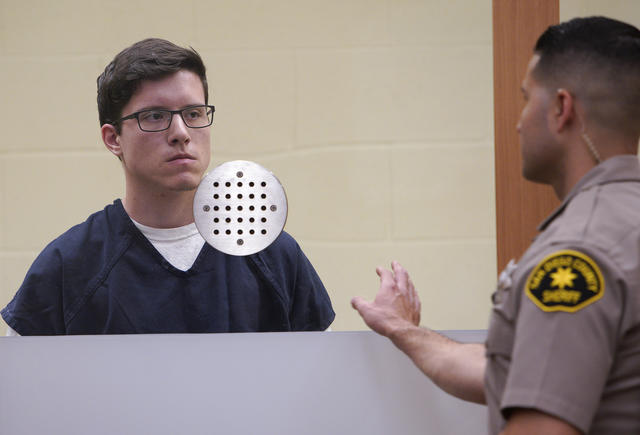 John Earnest, accused in the Poway synagogue shooting, was an evangelical churchgoer who appears to have written a manifesto that spelled out his beliefs: that Jewish people, guilty of killing Jesus and controlling the media, deserved to die. "We can't pretend as though we didn't have some responsibility for him," the pastor of his church said. "He was radicalized into white nationalism from within the very midst of our church."

An overflow crowd of supporters gathered at a Bakersfield church for a prayer vigil in support of Monsignor Craig Harrison, a popular priest who has been accused by two men, separately, of sexual abuse. A victim support group had pleaded with church leaders to cancel the event: "Their vigil will scare and depress others, including kids who are being molested today by other predators, into staying silent."

A father will never see his son graduate high school. A daughter will grow up without her dad. Two boys lost their mother.

Nipsey Hussle's killing dominated the news and stirred an outpouring of grief. But he was one of 29 people who have lost their lives in the Los Angeles Police Department's South Bureau so far this year. Almost all were of them were black, male, and died from gunfire. Here are five of their stories. 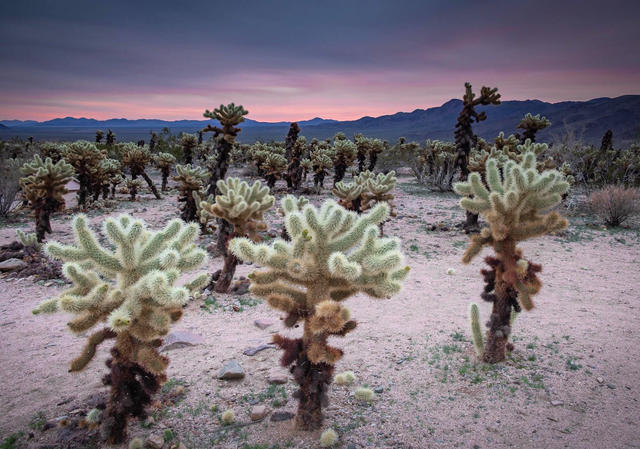 Don't get too close to cholla cacti. They earned the nickname "jumping cholla" for a reason.

Southern California's desert cacti are flowering wildly in response to rain after a sustained drought. "If somebody had taken me from rural Illinois, where I grew up, and dropped me here into this desert landscape to see all these fat succulent things," a San Diego botanist said. "I would have thought I was on Mars."

Listen to the California Sun Podcast, conversations with the Golden State's most fascinating personalities.