Gov. Gavin Newsom granted pardons to seven people, including two former Cambodian refugees the Trump administration wants to deport. Pardoned were Kang Hen, convicted of grand theft in 1994, and Hay Hov, convicted of solicitation to commit murder and participation in a street gang in 2001. The pardons were an unmistakable rebuke to President Trump. S.F. Chronicle | A.P.

It's an oft-repeated claim: unauthorized immigrants increase crime. A new analysis found no evidence to support it. N.Y. Times 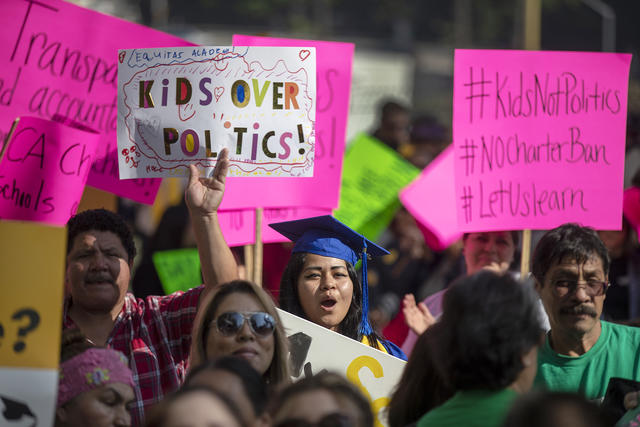 Charter school supporters protested at a school board meeting in Los Angeles on Jan. 29.

Newsom's latest budget plan projects $102 billion in spending for K-12 schools. That's a giant $35 billion increase from what lawmakers approved in 2014. Yet pretty much every school district in the state is panicked about its finances. Why? Rapid growth in expenses for special education and ballooning pension costs have something to do with it.

Two-thirds of California's local governments have outlawed cannabis shops. Now state lawmakers want to require municipalities where a majority of voters favored legalization in 2016 to lift their bans. A bill moving through the Legislature would compel local jurisdictions to allow one pot retailer for every four liquor licenses, or one for every 10,000 residents, whichever is fewer. It could mean tripling the number of dispensaries now operating across the state. 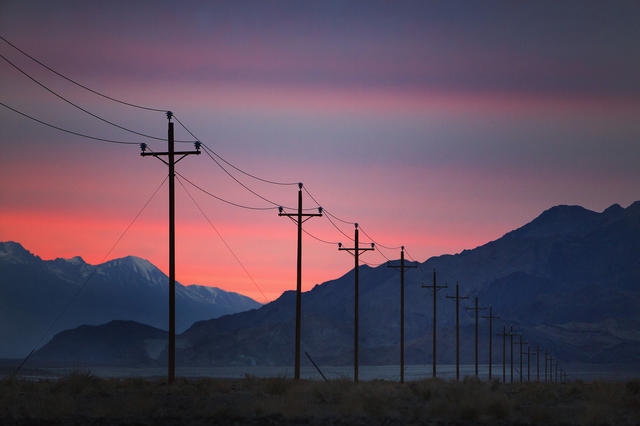 A view of Sequoia National Park, which regularly struggles with unhealthy air.

A study found that 85 percent of national parks have air that is unhealthy to breathe at times. Among the dirtiest were Sequoia, Kings Canyon, and Joshua Tree national parks and Mojave national preserve — which all experienced pollution levels comparable with the nation's smoggiest city: Los Angeles. The authors said the pollution was traveling, sometimes hundreds of miles, from areas with heavy traffic and industry. 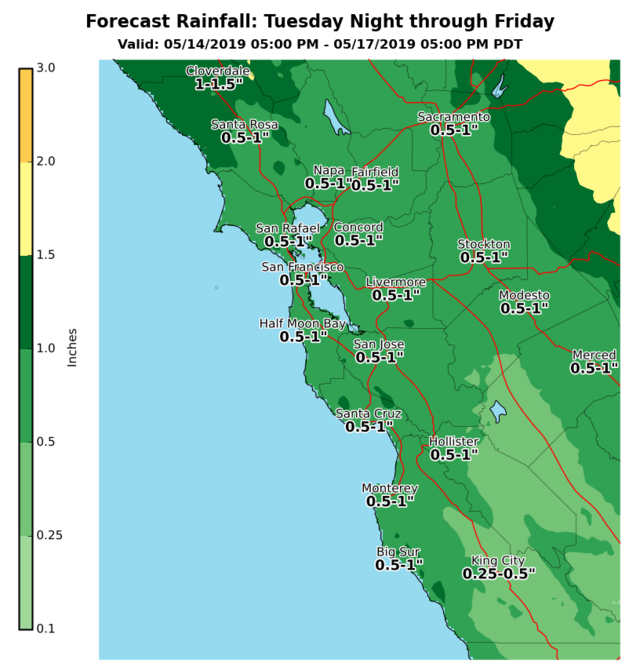 The Bay Area was expected to see impressive rain this week.

A unusually powerful storm is poised to barrel into the state during the middle to latter part of week. Forecasters said rain would sweep into Northern California on Wednesday, then spread to the rest of the state. The Bay Area could get more rain in a single day than the average for the entire month. 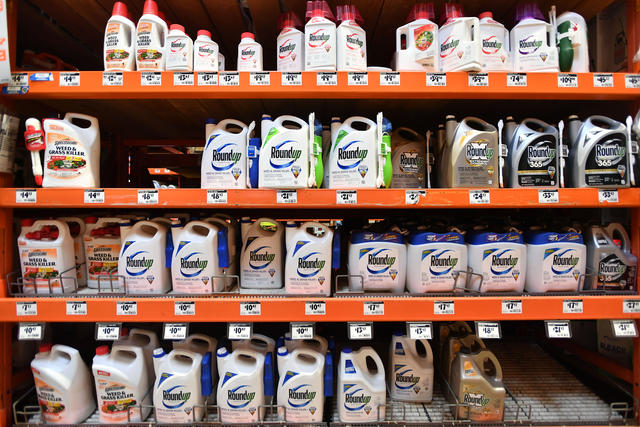 Glyphosate, the active ingredient in Roundup, is the most widely used herbicide in the United States.

An Oakland jury awarded more than $2 billion in damages after finding that Monsanto's Roundup weed killer caused a Bay Area couple in their 70s to get cancer. It was the third consecutive — and largest — trial loss for the agribusiness giant over the chemical glyphosate. In a court hallway, a Monsanto lawyer asked a juror what the panel had wanted to hear from the company. "I wanted you to get up and drink it," the juror said. Monsanto said it would appeal.

The Supreme Court said iPhone users could move forward with a class-action lawsuit against Apple over what they say is its monopolistic control of app sales. The decision sent shock waves through Silicon Valley, threatening an open season for antitrust lawsuits. "I would expect a bunch more cases to be filed against a bunch more companies," a competition expert said.

A 14-year-old girl in the Bay Area who encourages violence toward gays and wishes for "a Hitler for Muslims" has 820,000 followers on YouTube. Lisping through braces, the high schooler who goes by the name Soph delivers tirades that have made her a rising star in the world of online conspiracy theorists and racists and generated a steady income from preroll ads and Patreon. 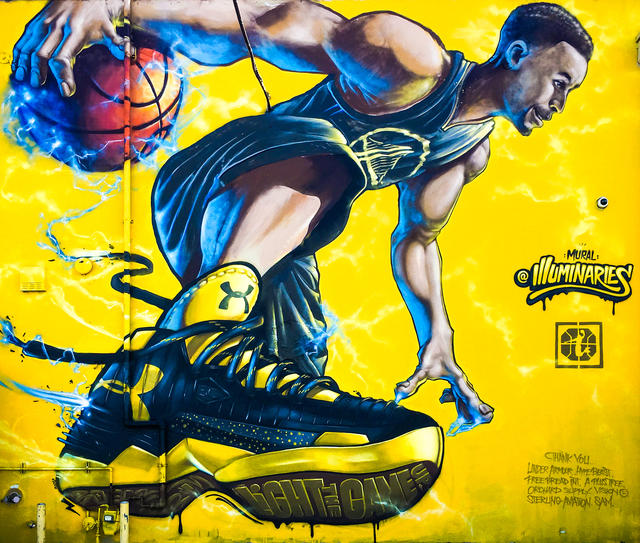 A Stephen Curry mural in Oakland.

"The Warriors, understandably, want people to think that location does not matter. They will always be the Bay Area's team, they say. But it does matter. Of course it matters. And it matters most to Oakland, where the Warriors have played for 47 seasons."

The N.Y. Times' John Branch wrote a wistful essay on the Warriors' move to San Francisco as they play their final games in Oakland. 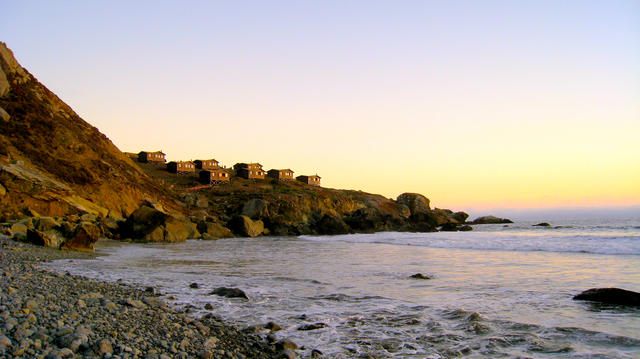 The cabins at Steep Ravine offer dazzling sunsets from your porch.

The Steep Ravine Cabins are among the state's most popular outdoor retreats. Perched on a bluff overlooking the ocean on the Marin coast are nine rustic cabins and a handful of campsites. They're included in lists of the region's best cabin getaways by both Curbed San Francisco and Sunset magazine. 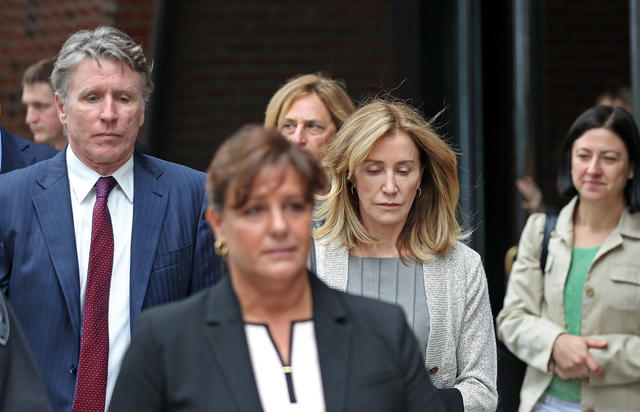 Prosecutors recommended four months behind bars for Felicity Huffman after she pleaded guilty to a fraud conspiracy charge in the college admissions scandal. The actress admitted to paying $15,000 to inflate her daughter's SAT score. It remained unclear why prosecutors have not charged William H. Macy, Huffman's husband, who they say participated in the scheme. 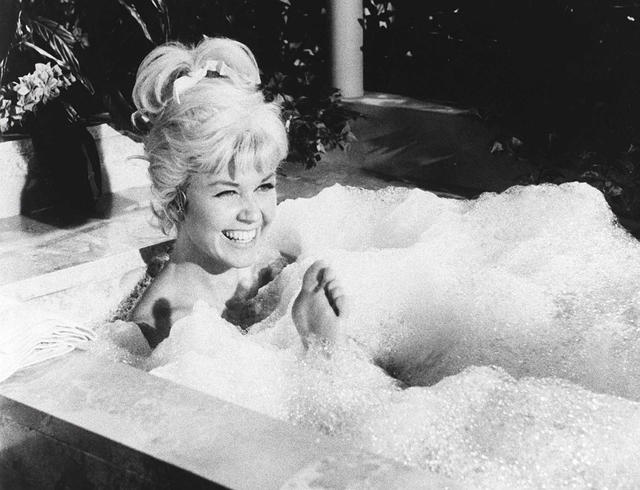 Doris Day died on Monday at her home in Carmel Valley. The actress with an irrepressible personality was America’s top box-office star in the early 1960s and came to embody the manufactured innocence of the day. Day's wholesome girl image made her a gag for comedians, but she had real talent, the A.P. wrote. "Day was one of the most natural born movie stars ever to grace the screen, beloved by co-stars and directors for her raw gift, honesty and charisma." She was 97.

The head pastor of a Fullerton church was arrested and charged with molesting seven children between the ages of 5 and 15 over a period of more than a decade. John Rodgers McFarland, 67, was previously a pastor at churches in Encinitas, Calexico, Fountain Valley, and Huntington Beach going back to the late 1970s. 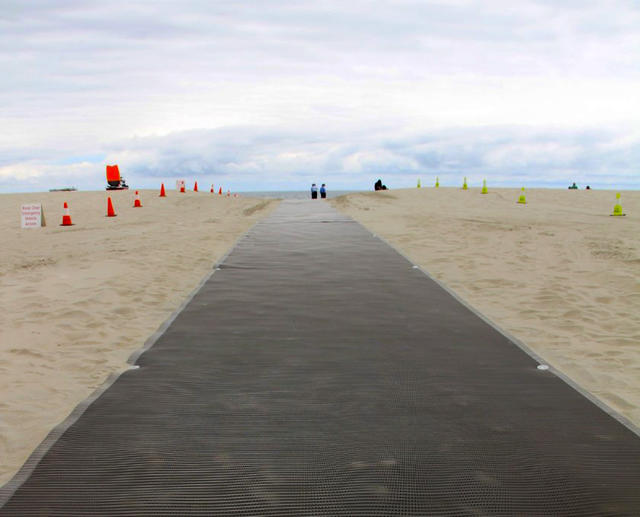 The 6-foot-wide mats are cool to the touch.

The resort city of Coronado installed $78,000 mats on its public beaches that make them accessible to people in wheelchairs. "This is one of those special projects that will bring a lot of joy to a lot of people that were previously unable to experience the beach," the mayor said. 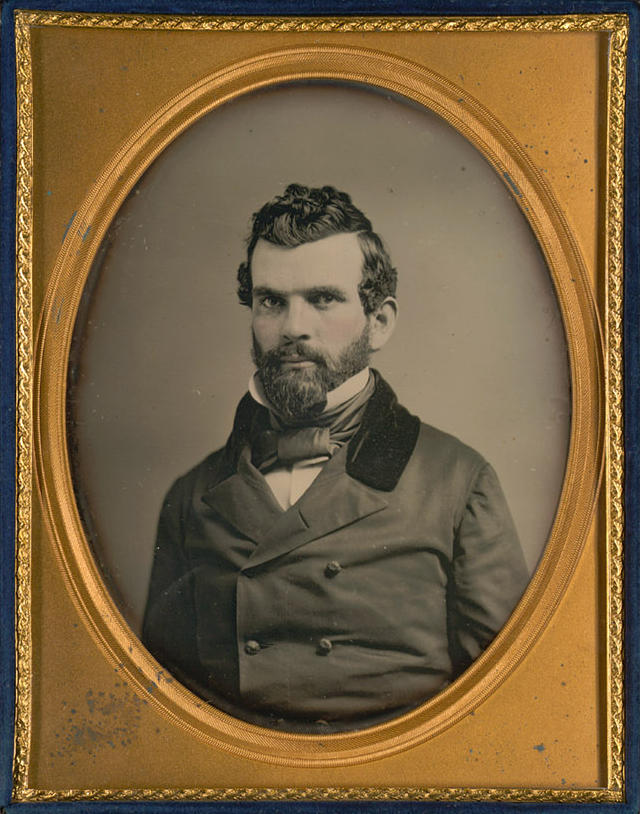 It was on this day in 1856 that San Francisco witnessed an assassination as treacherous and cowardly as there ever was in the city.

In the days of the Gold Rush, vice and violence ruled the day, and the crusading newspaperman James King made a career of exposing the city's many scoundrels in the pages of the Evening Bulletin.

"He flayed the politicians, the prostitutes, the barbarous custom of dueling, the defaulting bankers, the gamblers, the toughs, the police, and just about everything else in sight while championing the home, the church, the school, and reform — and the city loved him for it," historian Roger Lotchin wrote.

On the afternoon of May 14, 1856, a city supervisor, James Casey, stormed into the Evening Bulletin office, furious over an article that had revealed he spent time in a New York prison for grand larceny. He demanded an explanation.

"Is that not true?" King shot back.

"That is not the question," Casey said. "I don't wish my past acts raked up; on that point I am sensitive."

"Are you done?" King replied. He pointed: "There's the door — go. Never show your face again." 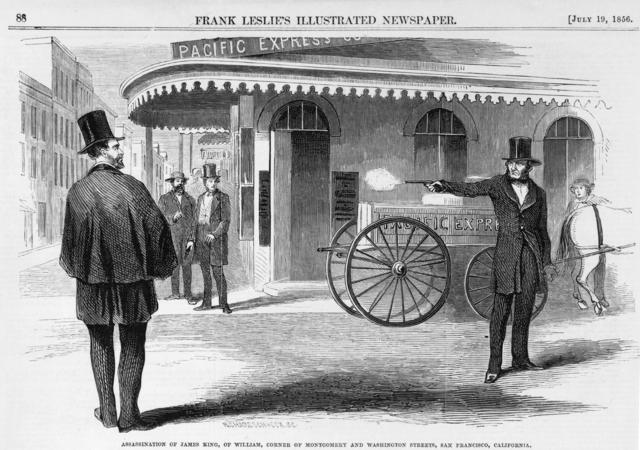 A newspaper illustration depicted the assassination of James King, in 1856.

That evening Casey, still seething, lie in wait on Montgomery Street. When King appeared on his walk home from the office, Casey ordered him to defend himself, then fired a Colt navy revolver at his chest. King keeled over, mortally wounded.

The killing provoked broad indignation, and in the days that followed San Franciscans created the Second Committee of Vigilance, the largest vigilante movement in American history.

King's funeral on May 22 drew a line of mourners that stretched a mile in what one newspaper account described as "the most imposing procession we ever witnessed in California." Later that same day, ropes were affixed around the necks of Casey and another unlucky soul "and the doomed men were both launched into eternity."

Listen and subscribe to the California Sun Podcast — conversations with the Golden State's most fascinating personalities. On the latest episode: David Talbot and a tale of San Francisco gone wrong.