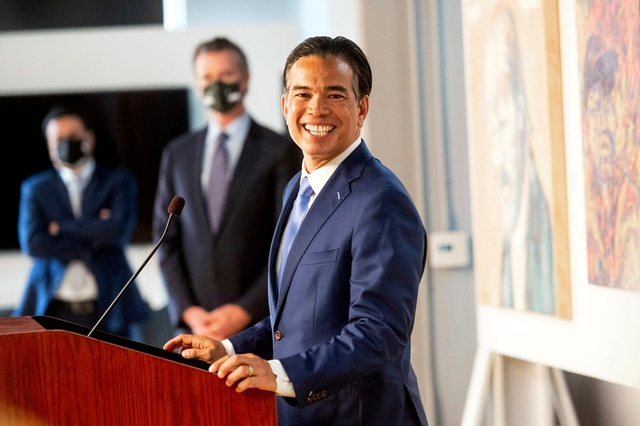 Gov. Gavin Newsom nominated Assemblyman Rob Bonta as California's next attorney general, filling the seat opened by Xavier Becerra's departure to Washington. Bonta, a progressive Democrat from the East Bay, has been a leading voice on criminal justice reform who has pushed to abolish the death penalty and eliminate cash bail. If confirmed, he would be the first Filipino American to hold the job, arguably the second most powerful public office in California. S.F. Chronicle | Politico

President Biden asked Vice President Kamala Harris, a daughter of immigrants, to lead the administration's response to the flow of migrants at the country's southern border, making her first specific portfolio one of the most politically sensitive. "I can think of nobody who is better qualified to do this,” Biden told reporters. N.Y. Times | L.A. Times

A few things Harris has said on immigration: 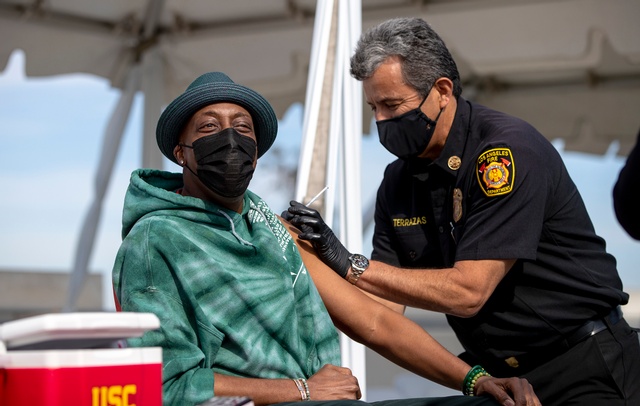 Arsenio Hall got his vaccination in Los Angeles on Wednesday.

In Tuolumne County the age requirement for a coronavirus vaccine is 45 or older. In San Francisco, the shot is available to anyone who is HIV positive. In San Diego, your "dad bod" can get you an appointment. Increasingly, California's 61 health departments have broken with state eligibility guidelines, producing a patchwork of rules. For some residents, relaxed requirements have brought relief and joy. For others, perhaps just across county lines, it's meant frustration and envy. L.A. Times

"The US is about to reach a surprise milestone: too many vaccines, not enough takers." MIT Technology Review 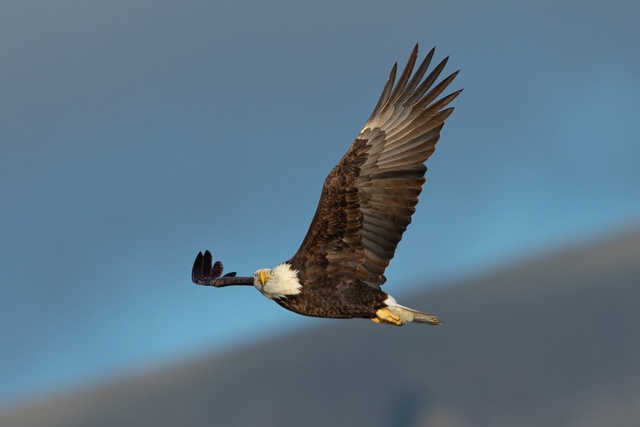 On Tuesday, Interior Secretary Deb Haaland celebrated the remarkable recovery of America's bald eagles, which have risen from near extinction in the 1960s to roughly 316,700 across the lower 48 states. The revival has been on display in California, where the birds of prey have proliferated in the skies over the Klamath Basin, lakes along the Central Coast, and in the San Bernardino Mountains. A.P.

Big Bear Lake has a wildly popular live camera of a bald eagle pair. Jackie and Shadow lost a chick just as it was hatching last week. Thousands of people are now waiting to see if a second unhatched chick will survive. YouTube 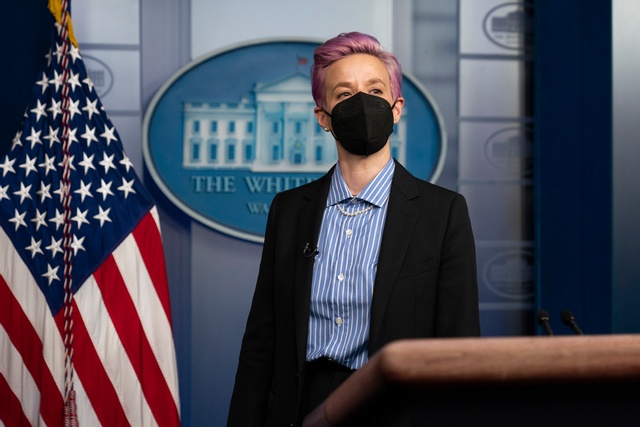 Megan Rapinoe, soccer star and pride of Redding, brought the battle for equal pay in women's sports to Capitol Hill on Wednesday, saying that she had been "devalued" because she is a woman. “One cannot simply outperform inequality or be excellent enough to escape discrimination of any kind,” she told the House Committee on Oversight and Reform. Washington Post | ESPN

Xiao Zhen Xie, the 75-year-old San Francisco woman who fought back against an attacker by hitting him with a board, is planning to donate nearly $1 million raised for her medical expenses “back to the Asian American community to combat racism,” her grandson said. "She insists on making this decision, saying this issue is bigger than her," he said. NPR | The Guardian 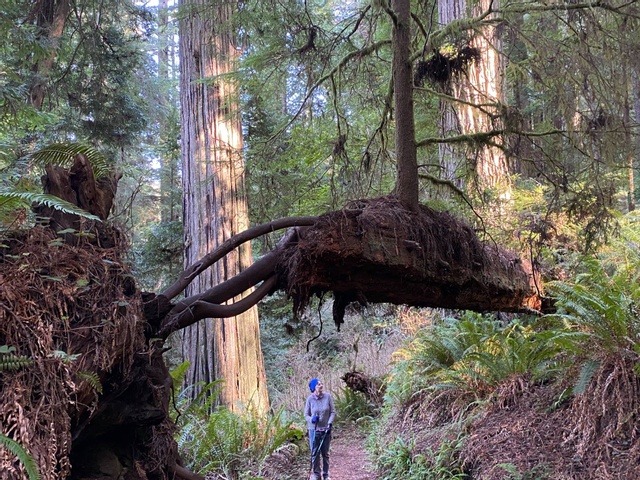 ☝️ That's a tree growing in midair from the limbs of another tree in Humboldt County.

A retired school teacher snapped the photo along a trail in Redwood National Park last week. Gary Rynearson, a forester at Humboldt State, told a local broadcaster that the overhanging branches collected enough organic matter to allow the other tree, perhaps a hemlock or spruce, to germinate and thrive. It's a testament to the luxuriant conditions of the North Coast forests, which contain the greatest biomass of any terrestrial ecosystem in the world. KRCR

(Another view of the tree). 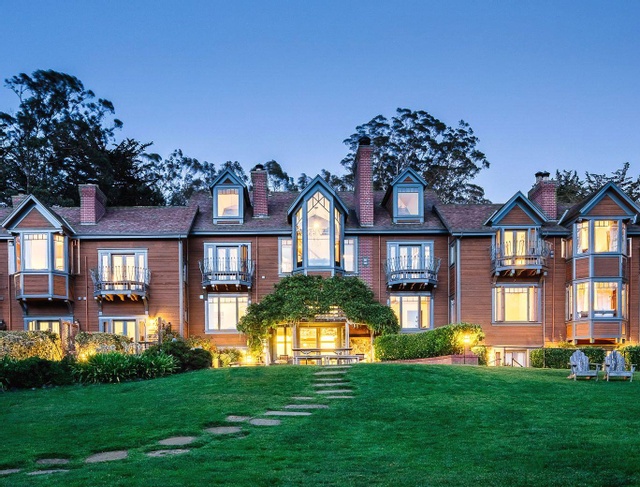 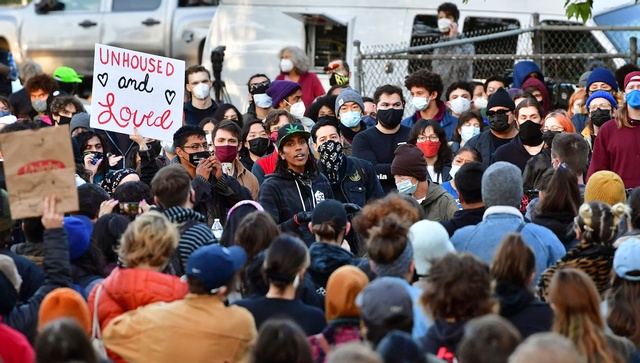 Activists gathered for a 24-hour vigil at Echo Lake Park on Wednesday.

Scores of police faced off with more than 200 protesters at Los Angeles's Echo Lake Park late Wednesday as the authorities moved to clear out a homeless encampment that many surrounding residents have deemed intolerable. Declaring an unlawful assembly, a line of officers in riot gear advanced along the edge of the lake, telling protesters, “Clear the area!” Demonstrators chanted back, “Whose park? Our park!” L.A. Times | KABC

Right now, Los Angeles gets about 55% of its power from clean sources like wind and solar. But within the next decade, that figure could be 98% — without disrupting the economy, according to a first-of-its-kind study by a federal research lab. Mayor Eric Garcetti said the transition to clean energy was no longer a question of if but when: “The top scientists in the world have taken this from dreamland to reality.” L.A. Times

Tracie and Myles Albert bought a $560,000 home in Riverside in January 2020, paying in cash. Then the seller refused to leave, claiming he didn't have to because of the pandemic. More than a year later, the Alberts are still locked out of their home. A court case has been postponed until June. "It’s genuinely unfathomable to me that we live in a state where something like this is even possible," the agent who sold the home said. Fox 11 LA | CBSLA 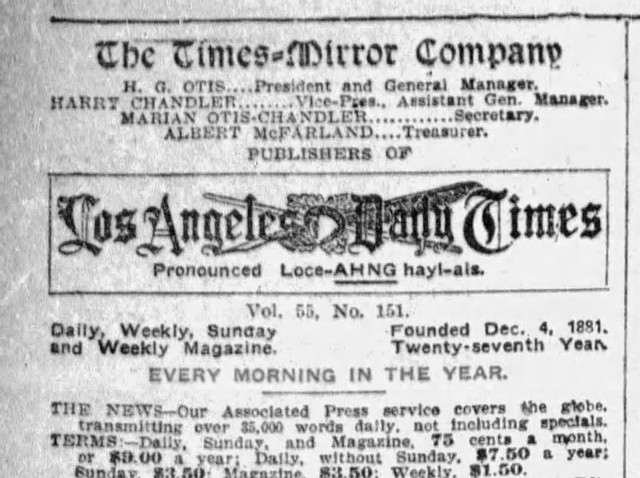 The Los Angeles Times masthead from a 1909 edition included a pronunciation guide.

For part of the 20th century, a common pronunciation of Los Angeles used a hard G, as in "dangle" or "sangria."

Various pronunciations of the city had been competing for prominence since its founding in 1781. In the early 1900s, the Los Angeles Times felt so strongly about the correctness of a Spanish pronunciation that it included a daily reminder under its masthead: "Pronounced Loce-AHNG hayl-ais."

But as Midwesterners poured into California, the historian D.J. Waldie told LAist, "they had no patience trying to twist their tongues" around Spanish sounds. Pronunciations along the lines of "Loss-AN-guh-lus" and "Loss-AN-guh-leez" entered the parlance.

In 1934, the U.S. Board on Geographic Names sought to settle the matter with a decree affirming an Anglicized "Loss AN-ju-less." Mortified, the Times predicted the East Coast bureaucrats would next declare that San Joaquin should become "San JOK-kin."

But the newspaper was fighting a losing battle. In 1952, Mayor Fletcher Bowron impaneled a jury of local experts to decide the city's official pronunciation, once and for all. "Loss An-ju-less" won the day.