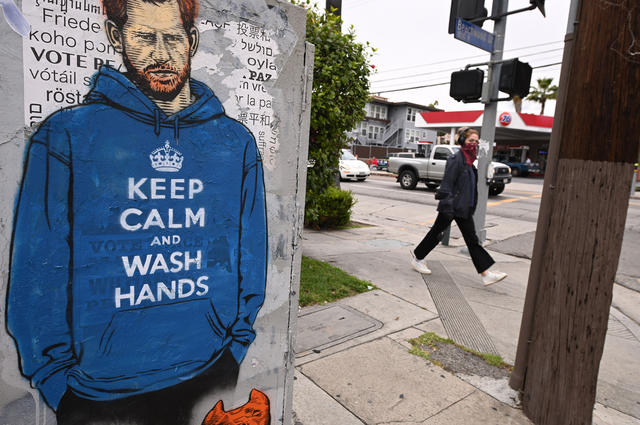 A depiction of Prince Harry offered sage advice in Los Angeles on Tuesday.

"Let me give you a sense of optimism, in terms of the curve in California bending: It is bending, but it's also stretching," Gov. Gavin Newsom said on Tuesday. That means California may avoid a sudden large spike of seriously ill patients that overwhelms the state's health care system, but it still faces tougher days ahead as infection rates continue to climb. Sacramento Bee | Mercury News

When California coronavirus deaths will peak, according to the Institute for Health Metrics and Evaluation: April 15, at 67 deaths per day. The model predicts 1,611 California deaths by early August, down from an earlier projection of 6,100. IHME

On March 2, San Francisco's mayor sent a tweet warning of the coronavirus threat, urging residents to take precautions and prepare for schools to close. The same day, New York's mayor, citing the same threat, urged everyone to go out on the town, perhaps catch a movie. By March 23, New York state was reporting around 5,000 new coronavirus cases a day. California was reporting fewer than 500. Vox 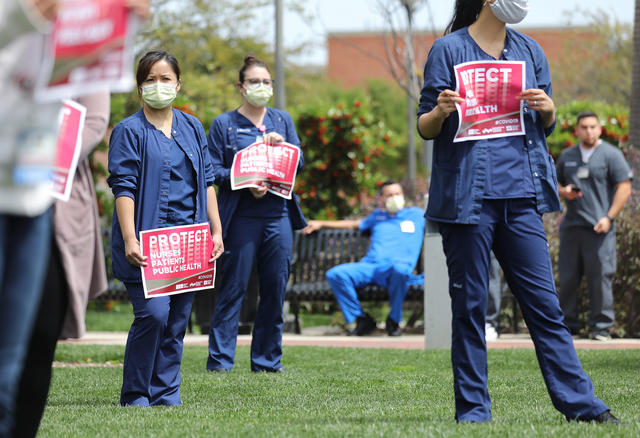 Newsom announced a $1 billion deal with a consortium of nonprofits and acquired technology that will provide 200 million medical masks a month for California and possibly other states. "We've been competing against other states, against other nations, against our own federal government for PPE — coveralls, masks, shields, N95 masks — and we're not waiting around any longer," he said. Politico | L.A. Times

Jack Dorsey, founder of Twitter, said he would donate $1 billion, just less than a third of his wealth, to fund Covid-19 relief efforts. It would be the country's most significant private gift to tackling the coronavirus. "Why now?" he tweeted. "The needs are increasingly urgent, and I want to see the impact in my lifetime." Mercury News | N.Y. Times 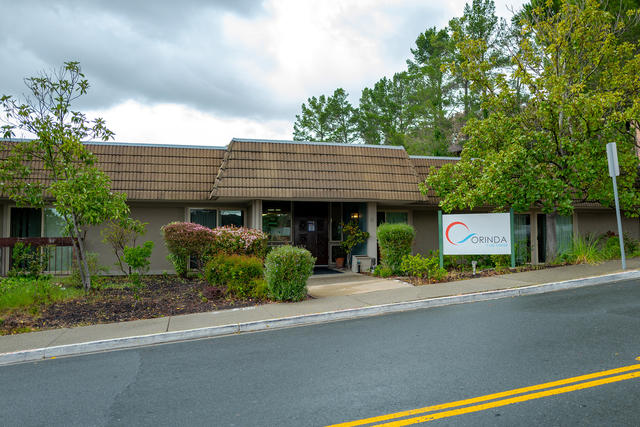 Los Angeles County's public health director told families to consider pulling their loved ones from nursing homes as coronavirus sweeps through the facilities statewide. More than 120 nursing homes and other communal living facilities in the county alone are suspected of having infections. L.A. Times

Among the latest reports on nursing home outbreaks: 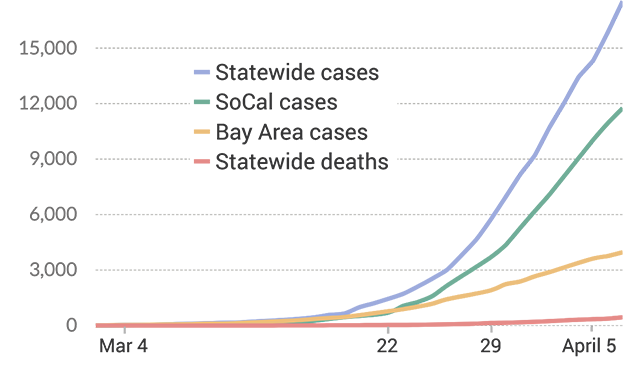 Mayor Eric Garcetti of Los Angeles announced an order requiring all residents to wear face coverings when venturing out to grocery stores, pharmacies, and other businesses. "If you're not covering your face, by Friday morning an essential business can refuse you service," he said. L.A. Times | LAist 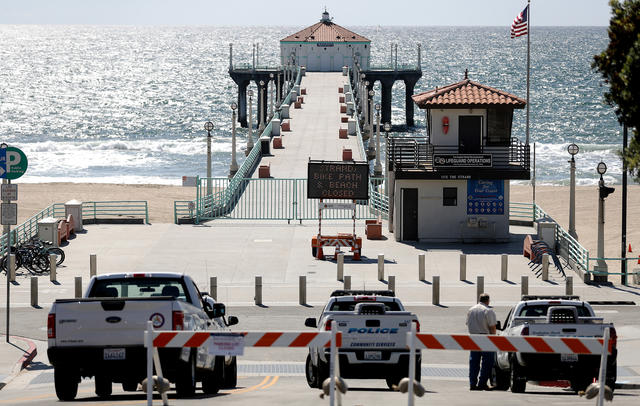 Police cars were stationed near the pier in Manhattan Beach on March 27.

129 citations in Manhattan Beach. More than 50 in San Diego and Santa Cruz counties. Two in both San Francisco and San Jose.

Jurisdictions across California are cracking down on individuals still unmoved by admonishments to stay home. Officials in Manhattan Beach said they've adopted a zero-tolerance policy to social distancing violations, with fines of up to $1,000. L.A. Times

A paddle boarder was marched off the beach in handcuffs near Malibu Pier last week. There's video. KTLA

Now Thomas Modly is out. In the latest of a remarkable chain of events, the acting secretary of the Navy quit abruptly after his verbal attack on the former captain of the stricken USS Theodore Roosevelt drew condemnation. President Trump praised Modly's move as unselfish. He also praised the former captain, Brett Crozier, but said the Santa Rosa native erred with his letter pleading for help to contain a viral outbreak aboard the ship: "He didn't have to be Ernest Hemingway." N.Y. Times | S.F. Chronicle

The U.F.C. plans to hold a pay-per-view event this month on tribal land at the Tachi Palace Casino Resort near Lemoore, sources told the N.Y. Times. The mixed martial arts contest would amount to an end run around state guidelines barring large gatherings. A ringside physicians association urged all fights be halted, not least because injured combatants could place unneeded strain on the medical system. N.Y. Times | Fresno Bee 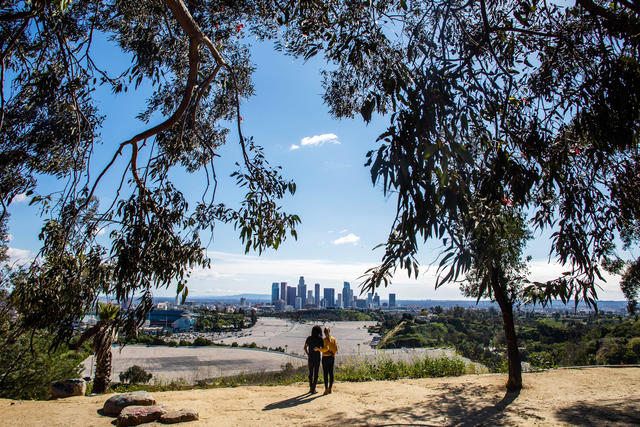 A couple enjoyed the view from Elysian Park in Los Angeles on March 21. 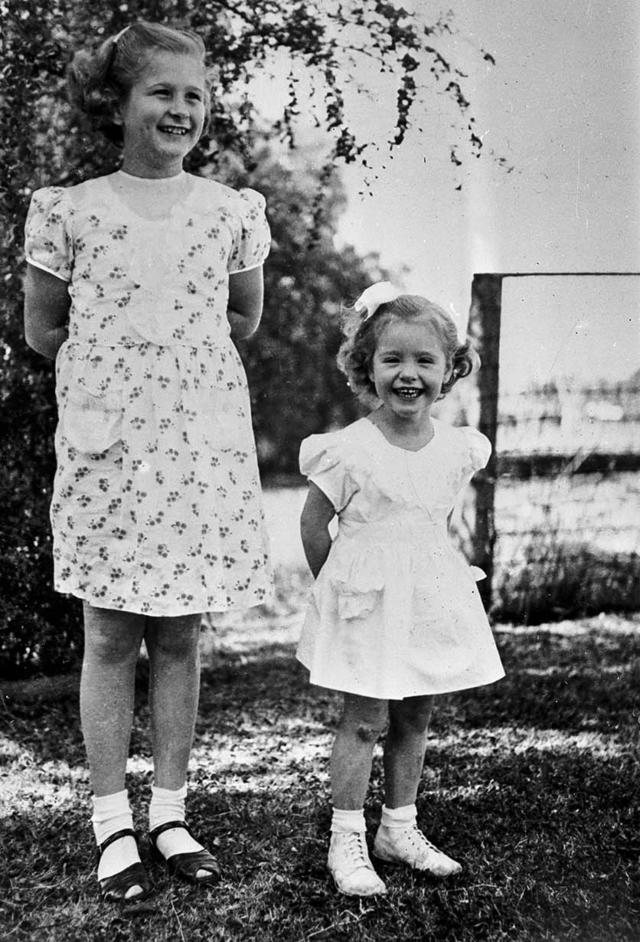 It was on this day in 1949 that little Kathy Fiscus fell into a well. The 3-year-old was playing in a field near her family's home in San Marino with her older sister and cousins when, in an instant, she was gone.

A panic unfolded that would grip all of Southern California.

A hushed crowd of thousands watched as men and machines, illuminated by floodlights sent from Hollywood, worked frantically to reach the girl wedged at the bottom of a pipe about 90 feet deep and 14 inches wide. They dropped a rope, but Kathy couldn't hold it. They considered lowering a very skinny adult into the shaft, but it was too dangerous. Excavators burrowed beside the well to get to her that way.

Kathy could be heard answering through sobs to questions shouted by her mother. "I have never heard a more heart-breaking sound," an L.A. Times reporter wrote.

A media circus formed, among the first of its kind, as rival Los Angeles stations KTLA and KTTV beamed round-the-clock coverage to black-and-white television sets.

Then, on Palm Sunday, about 48 hours after Kathy's fall, rescuers finally punched a hole from a parallel shaft into the well. A doctor delivered the news to reporters: Kathy's lifeless body, in a pink party dress, had been recovered. She had died not long after the fall.

In the aftermath of the tragedy, California passed legislation requiring the sealing of old wells. It was named the Kathy Fiscus Law.

Television historians would describe the coverage of the rescue attempt as a seminal event, when broadcasters realized the potential of the medium. "The Kathy Fiscus story all but invented modern television journalism," wrote the historian William Deverall.

In time, the field was covered over by a tennis court as part of San Marino High School. A plaque there recalls the history. Kathy was buried at Glen Abbey Memorial Park in Bonita. An inscription reads: "One little girl who united the world for a moment."

A photo caption in Tuesday's newsletter misidentified a street in Beverly Hills. It's Rodeo Drive, not Wilshire Boulevard.