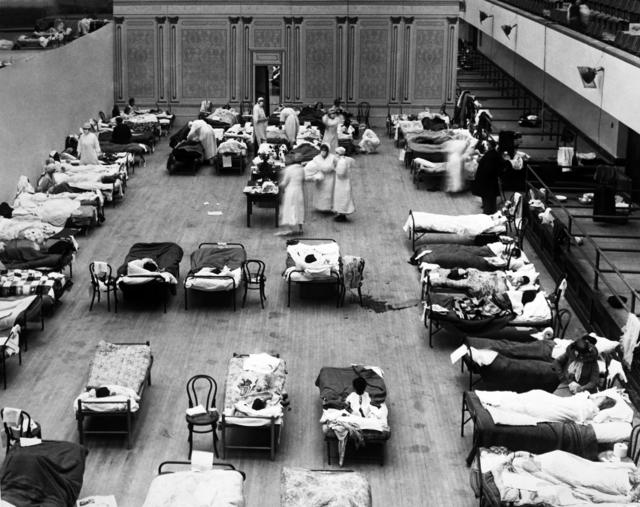 An Oakland auditorium was used as a temporary hospital during the influenza pandemic of 1918.

California's roughly 72,000 hospital beds could swiftly become overwhelmed by coronavirus patients in the coming weeks. Part of the state's surge planning involves moving as many noncritical patients out of hospitals as possible. Even then, many more beds need to be added, and fast. "You can't argue with numbers," an infectious-disease specialist said. "It's a potential brewing time bomb." L.A. Times | Sacramento Bee | S.F. Chronicle

Analysts modeled how many homeless people in California could become infected in the next eight weeks. Answer: more than 60,000. Reuters

San Francisco was slammed on a national news broadcast after video footage showed people out strolling and cycling despite a shelter-in-place order. "Many people in San Francisco have clearly not gotten the message," Jake Tapper said on CNN. Growing increasingly enraged, he added: "Who the hell are you to be walking around just giving this to old people and you just flippantly dismiss it?" Washington Post | S.F. Chronicle 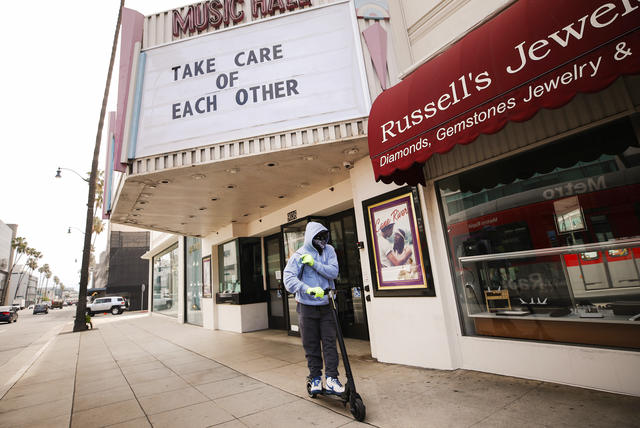 The city of Fresno and the counties of San Luis Obispo, Solano, Yolo, Lake, Napa, and Mendocino were among the latest jurisdictions to adopt shelter-in-place measures on Wednesday. In Los Angeles, where 190 coronavirus cases had been confirmed as of Wednesday, residents were growing anxious about if and when they would be next. The answer, according to the county's top health official: The region is, in effect, already there. "We are asking everyone who can stay home, stay home," she said. Curbed Los Angeles

"If I go to the hospital, is it going to hurt my chances of becoming a legal permanent resident? If I'm undocumented, could seeking treatment make me vulnerable to deportation? If I miss work as more people are forced to stay home, how will I feed my family and make the rent?" Immigrants in the country illegally are afraid to seek medical care for the coronavirus. N.Y. Times 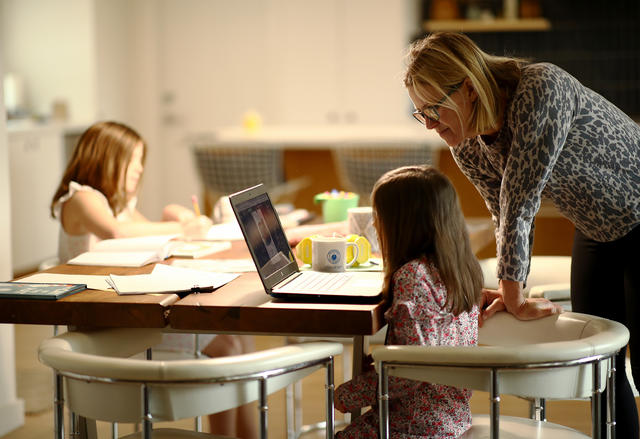 Daisley Kramer helped her kindergarten daughter, Meg, with schoolwork at home on Wednesday.

Schools across California were navigating uncharted territory after Gov. Gavin Newsom warned that they may not reopen by summer. It was unclear what kind of remote instruction was required or even legal during the shutdown. "I definitely think there's the huge possibility that learning time is going to be lost," one superintendent said. S.F. Chronicle | Mercury News

Among the casualties of the pandemic: birthday parties for 6-year-old boys. So it was for little Jack Henry Iverson, whose parents broke the news that there would be no party this year. But mom had a surprise in store. She asked her Culver City neighbors to festoon their homes with birthday signs, and they did — in a big way. She then surprised Jack during a walk around the neighborhood. His reaction: "This is the best." L.A. Times

Some people are putting their Christmas lights back up. House Beautiful

Sunset magazine, a California lifestyle icon for more than 120 years, was on shaky ground before the coronavirus pandemic hit. Now employees are starting to suspect that the magazine's days are numbered. "The tragedy isn't just that things change and things have to end," one editor said. "I feel personally offended at the callousness with which we've been dispatched by the people who own us." S.F. Chronicle 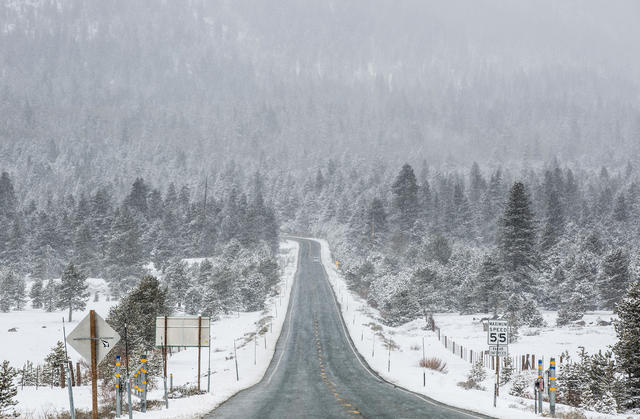 A snowy scene in Hope Valley, south of Lake Tahoe, earlier this month.

After a bone-dry start to the year, California is experiencing a "March Miracle." A storm blanketed the Sierra Nevada in yards of snow and drenching rain early this week, and a new round of storms is forecast to sweep across the West next week, between Monday and Wednesday. Accuweather

The British artist George Townley creates gorgeous illustrations of Southern California's architectural gems, work that was highlighted in the California Sun a couple years ago. Now he's back with a fresh batch of artwork that was supposed to comprise his first solo exhibition at a Los Angeles gallery on April 3. That's sadly now in limbo, but Townley shared a few of the drawings, below. California Sun

See much more of his work at GeorgeTownley.com. 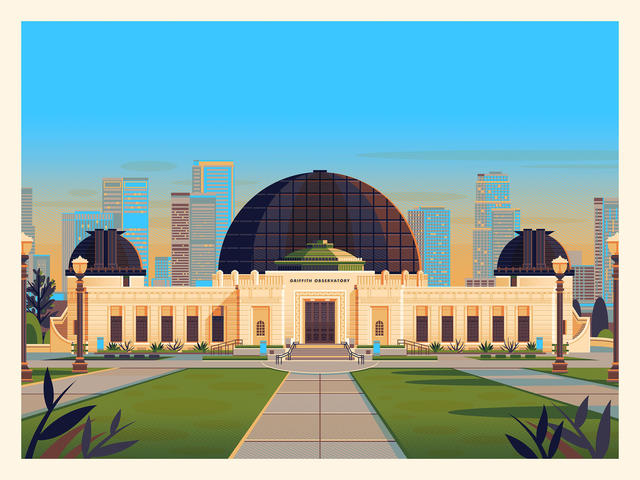 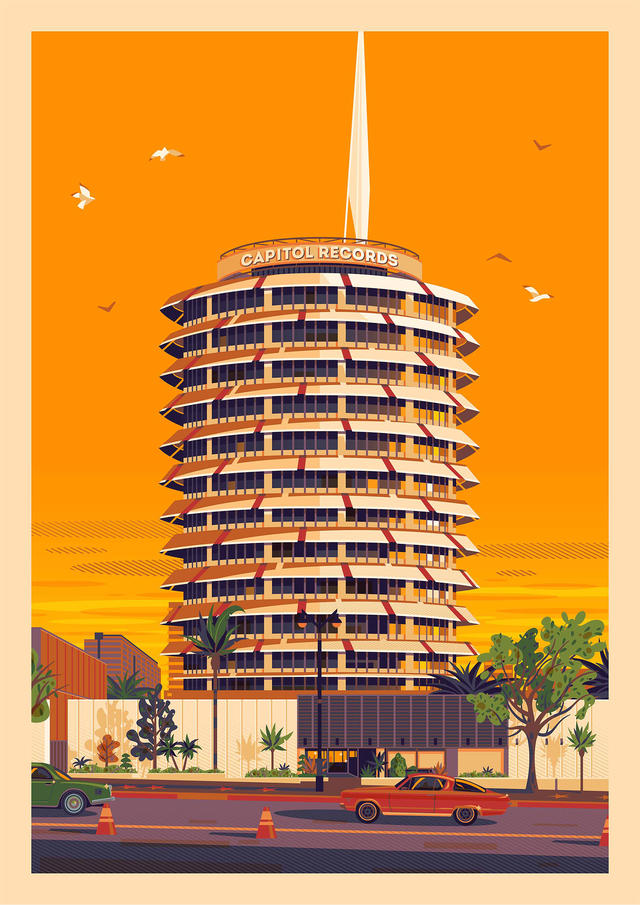 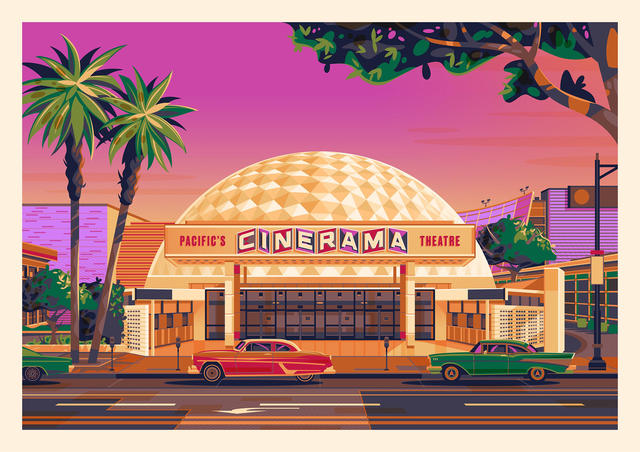 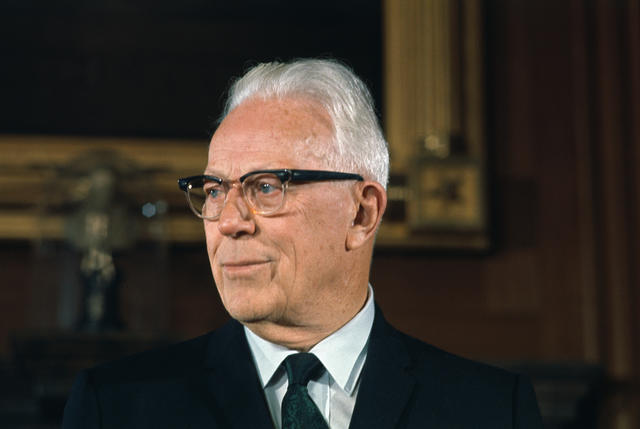 Earl Warren was born in Los Angeles on this day in 1891. As a Bay Area prosecutor, California attorney general, California governor, and Chief Justice of the U.S. Supreme Court, Warren was the rare sort of public official who was broadly admired across the political spectrum.

But he had his enemies, notable among them another son of California: Richard Nixon. Warren disliked the fellow Republican's red-baiting and refused to endorse his campaigns for Congress in 1946 and 1950.

Years later, as Warren sought the presidency, Nixon surreptitiously undermined his bid during the 1952 Republican National Convention, urging California's delegates to support Dwight Eisenhower. Nixon was rewarded with the vice presidency under the former general. Warren would later tell people how "Nixon cut my throat from here to here," gesturing with his finger across his neck, according to Nixon biographer John A. Farrell. 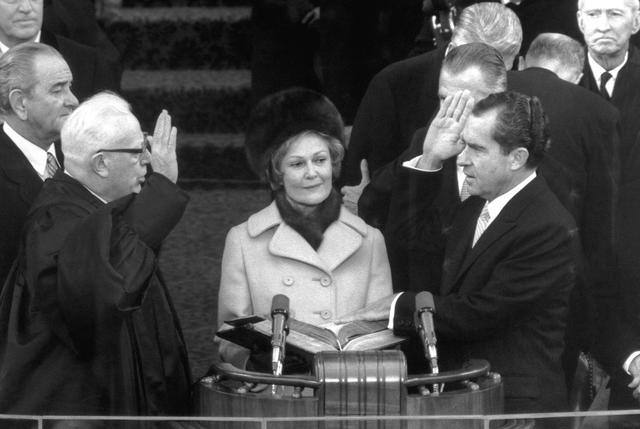 Warren swore in his nemesis as president in January 1969.

The vendetta between the men largely faded into the background after Eisenhower appointed Warren to lead the Supreme Court. But it never disappeared altogether. On Warren's deathbed in 1974 — with Nixon in the White House and the Watergate scandal burgeoning — the 83-year-old was visited by two former colleagues on the Supreme Court.

Nixon can't be allowed to twist the law, Warren advised them. The justices assured him that they would force the president to surrender potentially incriminating White House tapes. Relieved, Warren died that night. The recordings were made public two weeks later, and Nixon was shuffled into the ranks of America's most disgraced political figures.