Good morning. It's Thursday, May 9. 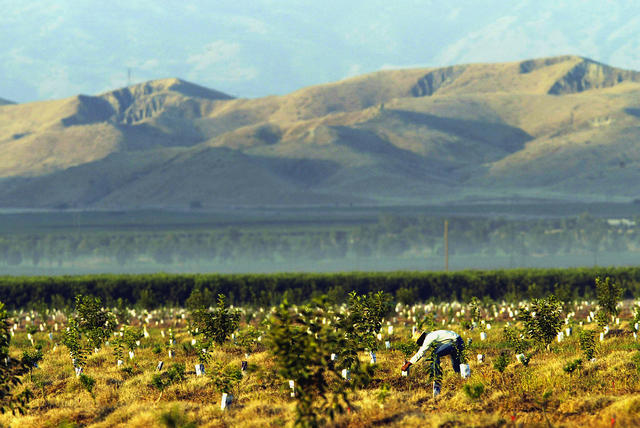 A farm worker in Arvin, near Bakersfield. California agriculture has relied on heavy use of chemicals.

Gov. Gavin Newsom's administration said it would impose a statewide ban on chlorpyrifos, a pesticide that California growers use on about 60 crops despite evidence linking it to neurological problems in children. The Obama administration had tried to phase out chlorpyrifos, but the E.P.A. under President Trump reversed that effort. The pesticide maker said the ban would hurt farmers.

The California Department of Education approved a new framework for sex education in public schools that encourages teachers to talk about gender identity with kindergartners and give advice to L.G.B.T. teens on relationships and safe sex. Public health advocates praised the changes. Protesters held signs that said "stop sexualizing my kids" and "respect parental rights." 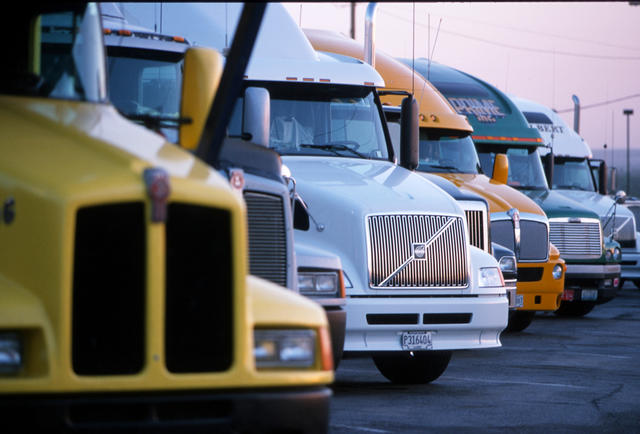 The E.P.A. said it would enforce stricter pollution limits on freight trucks after a court battle joined by California.

Already, California has sued the Trump administration more times than Texas sued President Obama during his eight years in office. On the dismantling of environmental protections, California has been winning nearly every case. State Attorney General Xavier Becerra said the legal fights have sapped the Trump administration's appetite for industry-friendly rollbacks. "Like any fighter," he said, "you get to the point where you become punch drunk from all the blows."

This week in California fines: 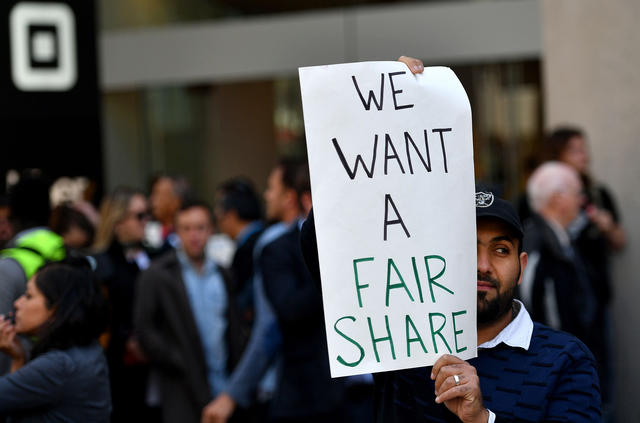 A man protested for better wages outside Uber's corporate headquarters in San Francisco on Wednesday.

Separately, a one-day strike by Uber and Lyft drivers didn't cause much disruption. What it did do is underscore their wage complaints two days ahead of a Wall Street debut that could value Uber in excess of $91 billion. S.F. Chronicle | CNBC

Not helping California's housing shortage: unpredictable fees levied on developers that are almost three times the national average. One East Bay builder budgeted $150,000 for inspection fees on a 36-unit development. The actual bill: $500,000. Such costs naturally get passed on to new buyers. Otherwise, a developer said, "We'd all be broke." 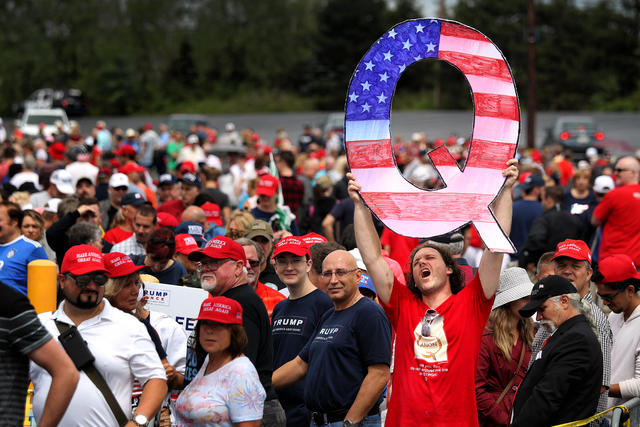 QAnon holds that President Trump is leading a hidden war against a cabal of anti-American saboteurs.

Here's the world we live in now:

A QAnon conspiracy theorist rearranged the letters in a Twitter hashtag used by former F.B.I. director James Comey — #FiveJobsIHad — to spell "five jihads." Then he circled the first letters of the jobs Comey listed (grocery store clerk, vocal soloist for church weddings, chemist, strike-replacement high school teacher, and "FBI director, interrupted") to string together the initials of the Grass Valley Charter School Foundation, which is a tiny organization in the Sierra foothills northeast of Sacramento.

From there it was deduced that Comey was leaking information about a planned terror attack targeted at the school group's Blue Marble Jubilee, a fundraiser scheduled for May 11. Barraged by warnings from QAnon followers, the group cancelled the event out of "an abundance of caution."

Fallout over a joke uttered by a county supervisor has been roiling Humboldt County politics for more than a month. It started when Supervisor Rex Bohn was overhead asking whether a tamale dinner was authentic enough to "make you want to go out and steal hub caps." He apologized, but protesters say he needs to resign. This week, Bohn supporters responded with a rally, waving "We Stand With Rex" placards. Lost Coast Outpost | Redheaded Blackbelt

Separately, a former San Francisco supervisor apologized after her repeated use of a racist epithet at a public meeting. S.F. Chronicle | SFist 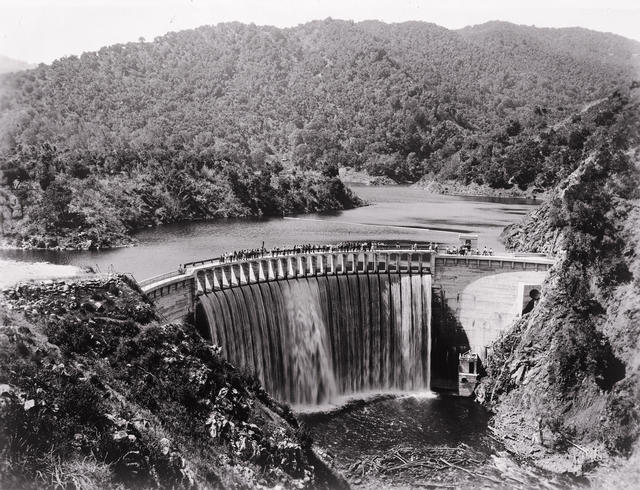 Four years ago, California carried out its largest-ever dam removal project on the Carmel River, southeast of Monterey. The 10-story San Clemente Dam had blocked the river since 1921. Now nature is rushing back, with struggling fish rebounding. "We don’t want to do the touchdown dance yet," a biologist said, "but so far things are looking good." 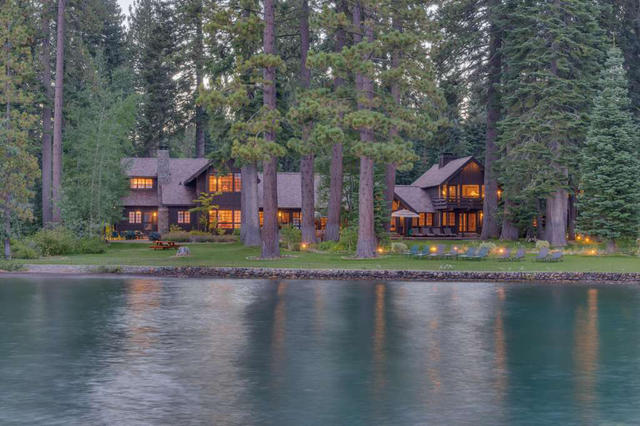 Zuckerberg bought the Brushwood Estate for $37 million in January.

Mark Zuckerberg really didn't want anyone to know about his latest property purchase: a $59 million compound on Lake Tahoe's West Shore. The 34-year-old Facebook C.E.O. used a limited liability company, a high-end wealth manager, and a series of nondisclosure agreements to ensure that news of the sales — including two adjacent estates — would be kept quiet. (Here are pictures: Carousel Estate and Brushwood Estate). 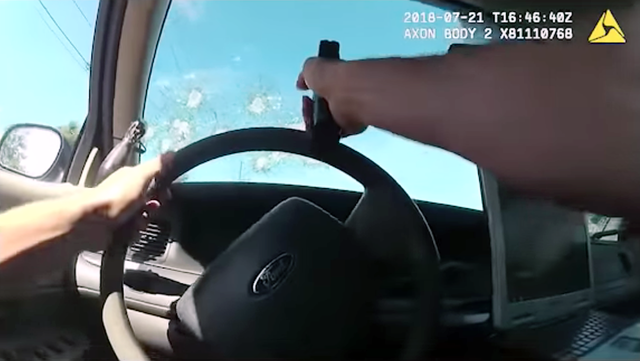 Authorities released footage from the fatal shooting of Eliuth Penaloza Nava on July 21, 2018.

Orange County prosecutors released terrifying video showing two Anaheim police officers firing 76 shots at a suspect during a high-speed pursuit in a busy residential neighborhood. Bullets struck at least one building, a car, and a tree. The suspect was killed. One of the officers has been fired, and the other has been placed on leave. 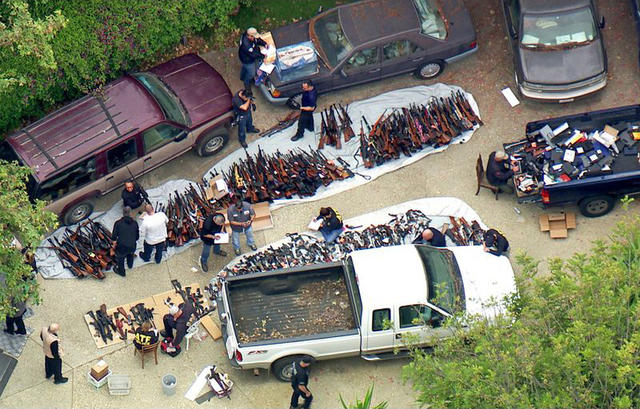 Hundreds of firearms were spread out at the residence in Holmby Hills near the Playboy Mansion.

Acting on a tip, authorities found more than 1,000 guns and thousands of rounds of ammunition in a home in an upscale neighborhood of Los Angeles. A man was arrested on suspicion of possessing and selling illegal firearms. "I had never seen so many weapons in my career of 31 years," one officer said.

Actress Lori Loughlin feels like she was genuinely duped by the mastermind of the college admissions scandal, a source told the L.A. Times. Loughlin and her husband, Mossimo Giannulli, are accused of paying $500,000 to have their daughters admitted to U.S.C. as crew recruits, even though neither is a rower. The couple has refused to plead out to federal charges. 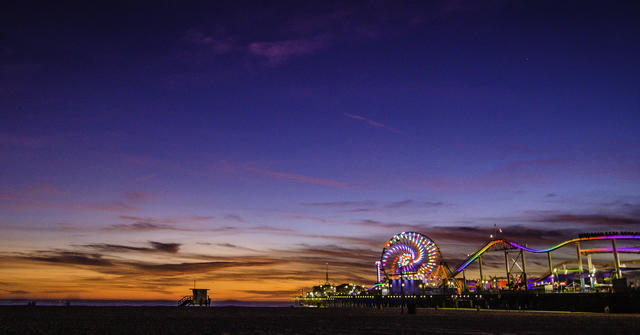 Fun fact: The western terminus of Route 66, the legendary highway of desperados and dreamers between Chicago and Los Angeles, runs right into the Pacific. It's marked by a modest sign on the Santa Monica Pier. 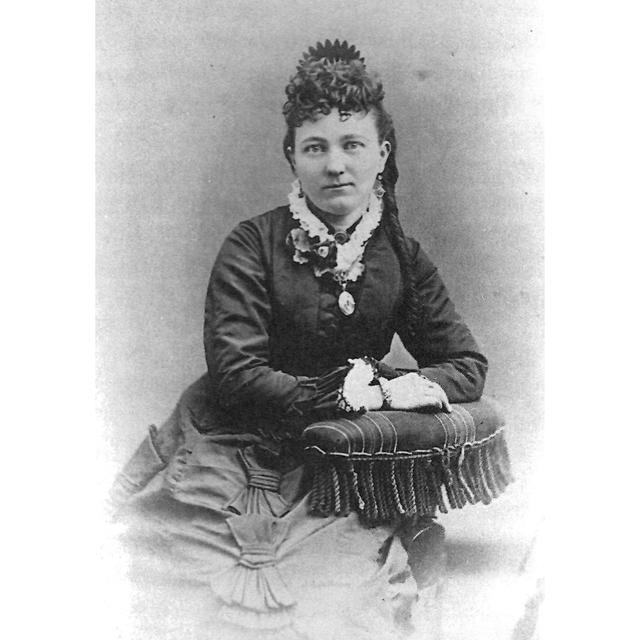 Addressing the California State Medical Society in 1875, Dr. Alfred E. Regensburger suggested a way to deal with the growing number of women interested in medical careers. "If we ignore them and downplay their efforts," he said, "they will be forced to abandon the idea of being a part of medicine."

Born on this week in 1847, Nellie Pooler Chapman was undeterred. She grew up in Nevada City, a gold mining town in the Sierra foothills, and married a local dentist, Allen Chapman, at the age of 14.

Miners would show up at the Chapmans' doorstep after exhausting crude remedies of the day like Cocaine Toothache Drops or bloodying one's gums with an iron nail then hammering the nail into a wooden board.

Though Nellie had no formal education, she assisted in her husband's practice. After some years, Allen set off across the Nevada border to seek fortune at the Comstock Silver Lode, leaving Nellie in charge of the dental office. In 1875, she made it official. Based on her training as an apprentice, she became the first woman in the western territories to register as a dentist.

Since Allen was often out of town, it was not uncommon for Nellie to be the only dentist for 100 miles between Sacramento and Donner Lake — at a time in California when when men vastly outnumbered women. She practiced dentistry for 30 years until her death, attributed to "exhaustion," in 1906. Her obituary in the Grass Valley Daily Union focused on her hobbies of writing and singing, mentioning her dentistry almost as an aside. She was 59.