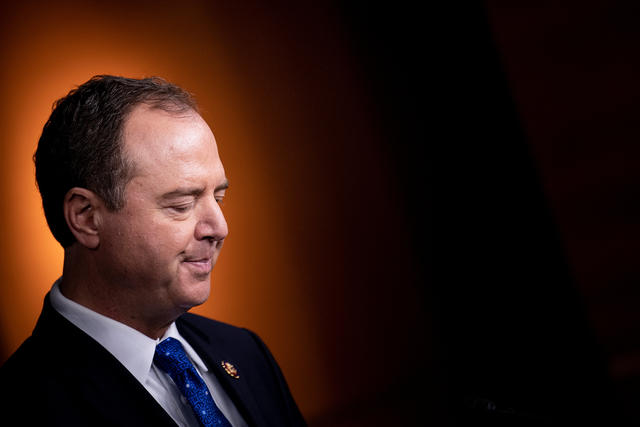 President Trump called for House Intelligence Committee Chairman Adam Schiff to be investigated for treason, accusing the Burbank Democrat of lying "in perhaps the most blatant and sinister manner ever seen in the great Chamber." Schiff has faced a backlash from Republicans for his dramatic reading of a call between the president and the Ukrainian president. Politico | Bloomberg

California's mammoth delegation — 46 of whom are Democrats — will likely account for close to a fifth of the votes for any articles of impeachment. L.A. Times

More than half of California's registered voters have considered leaving the state, a new poll found. Young voters widely cited the usual culprit of housing costs. Then there were conservatives, who were nearly three times as likely to have seriously considered moving from California as their liberal counterparts. Their issue: political alienation. L.A. Times 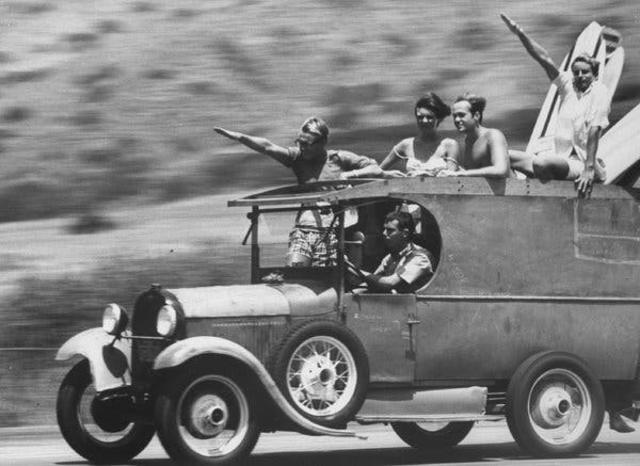 Surfers on the way to the beach in Malibu in 1961.

"It wasn't until last year that I began to wonder why so few African-American men surf my local break."

Daniel Duane, author of the surfing memoir "Caught Inside: A Surfer's Year on the California Coast," investigated the history of racism in California surfing and found copious swastikas. N.Y. Times 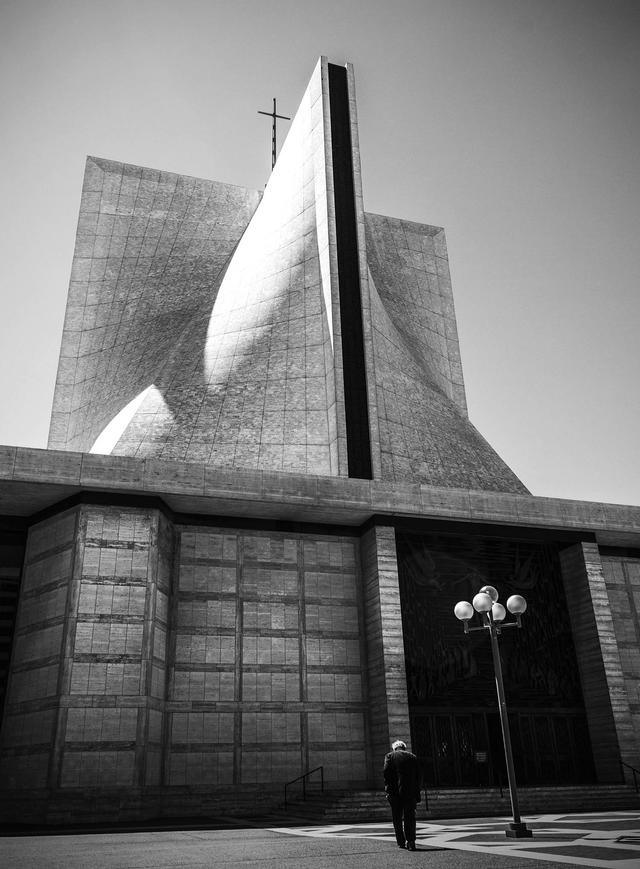 Saint Mary's Cathedral in San Francisco made the cut.

The West coast is a gold mine of architectural experimentation, with unconventional structures perched among redwoods, beside highways, and atop cliffs. Here's a photo tour of 10 marvels "you absolutely must visit," according to Sam Lubell, the author of "Mid-Century Modern Architecture Travel Guide: West Coast." DeZeen 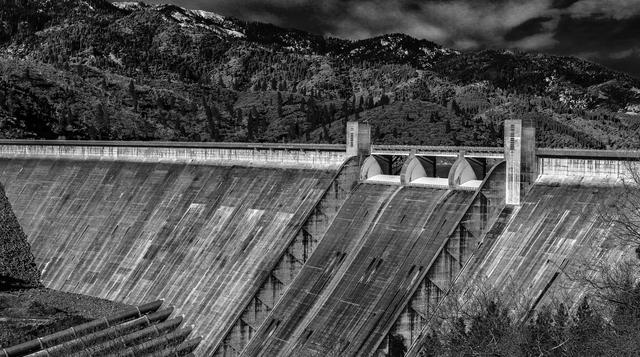 Shasta Dam is already one of the nation's tallest dams. Work has begun to raise its height by 18.5 feet.

The Interior Department used to resist proposals to raise the height of Shasta Dam because of worries about endangering plant and wildlife. Now the project is moving forward in a big win for a consortium controlled by wealthy California farmers. For years, the group's chief lobbyist was David Bernhardt. Today, Bernhardt is the interior secretary. N.Y. Times

"Everything that hurts salmon happened first and worse in California." Seattle Times

A group of San Franciscans arranged to hoist 24 large rocks onto the sidewalk of an alley to impede drug dealers and homeless people. Then they were rolled into the street, so crews put them back. But it keeps happening — four times altogether in nearly 10 days as the boulders become flashpoint in the debate over sidewalk access and humane treatment of the homeless. S.F. Chronicle | SFist

Weather fans were abuzz over a tornado in Yolo County on Saturday.

A rare tornado touched down in a field near Davis on Saturday. Daniel Swain, a California climate scientist, reacted with glee on Twitter: "Well, I think this goes down in the history books as the most spectacular California tornado footage I've ever seen. Absolutely incredible!!" There was no damage reported. Twitter | Sacramento Bee

A Petaluma man suspected of stalking his former girlfriend fled police by running into one of Northern California's largest corn mazes. The 29-year-old suspect eluded officers for two hours within the 10-foot high corn stalks of the Petaluma Pumpkin Patch corn maze. Even the helicopter couldn't spot him. Eventually someone checked the chicken coop, and there he was. Press Democrat | Mercury News

"When I say that the people in San Francisco and Los Angeles are fed up and they care about this issue, it's 10 times that in my county."

Bakersfield is getting serious about putting homeless people in jail for misdemeanor drug offenses and potentially for trespassing. The approach would fly in the face of California's criminal justice reforms. L.A. Times 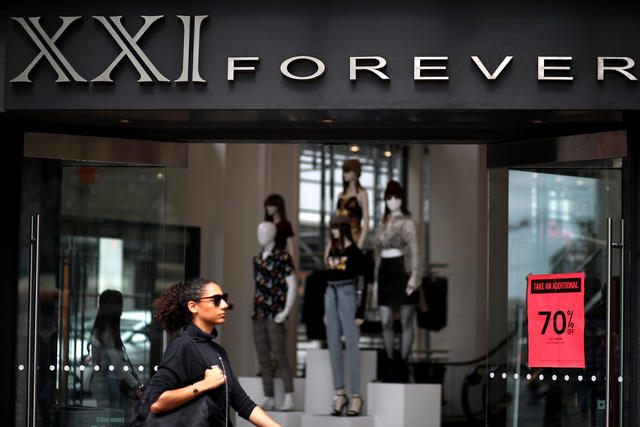 A pedestrian walked by a Forever 21 store in San Francisco last month.

Forever 21, the Los Angeles retailer that helped popularize fast fashion in the United States, filed for bankruptcy protection. The company said it would close 178 stores across the country. Bloomberg called it part of a "retail apocalypse" as merchants buckle under high rents and the consumer shift to e-commerce. Bloomberg | A.P.

The beginning of the fall race meeting at Santa Anita racetrack brought hopes that new safety measures would stop a drumbeat of horse deaths. On the second day, a 3-year-old colt crashed to the ground and was euthanized. It was the 32nd horse fatality since December. Gov. Gavin Newsom has warned that horse racing was dangerously close to being out of business in the state. N.Y. Times | L.A. Times 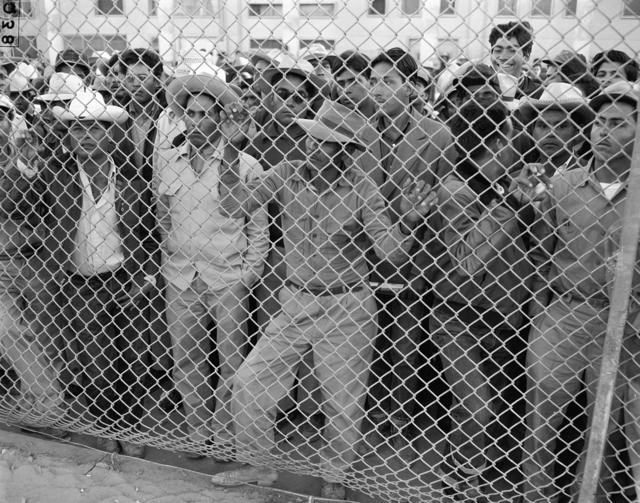 Mexican workers in Mexicali awaited legal employment in the United States in an undated photo.

Between 1942 and 1964, the bracero program drew waves of Mexican laborers to toil in the fields of California. The migration had an enormous and lasting impact on the state. On Sunday, in the midst of a tense debate over immigration policy, Los Angeles unveiled a 19-foot bronze statue in the city's downtown honoring the braceros. "We're moving forward as a city of immigrants, proud of our roots," a city council member said. CNN | L.A. Times

The University of California curated an online exhibit on the bracero program, including images by Dorothea Lange. Calisphere 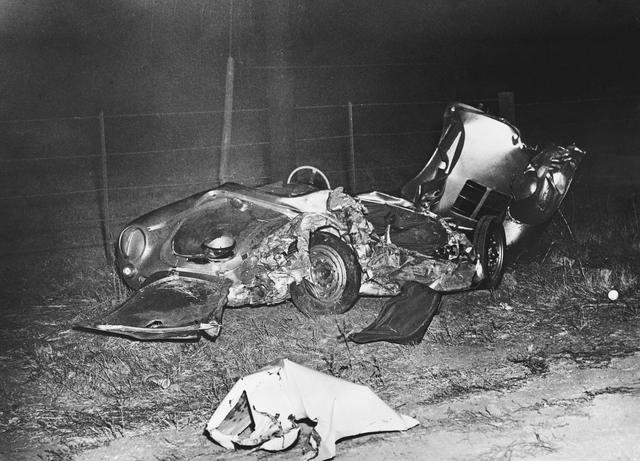 It was on this day in 1955 that a Ford sedan collided with a Porsche Spyder 550 on a lonely stretch of highway in Central California, killing a young James Dean.

The crash was the earthly end of the 24-year-old star, but the beginning of his enduring legend.

Dean only starred in three films. At the time of his death, just one, "East of Eden," had been released. The other two, "Rebel Without a Cause" and "Giant," premiered over the next year and audiences lined up to see them. The tragedy of Dean's death and his lost potential hovered over the films, seeming to immortalize him as the archetype of teenage rebellion. 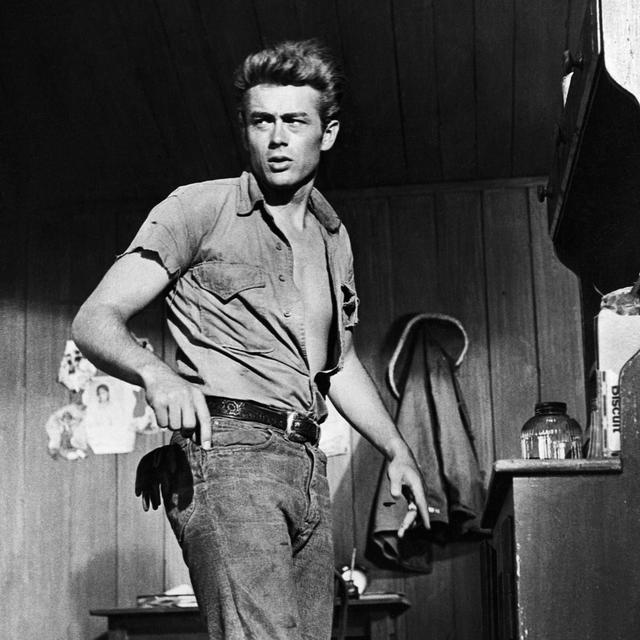 As one film critic put it: "James Dean was a myth almost before he was an actor."

His talent as an actor has been endlessly debated, but there is little doubt about the lasting power of his image — disheveled, pouty, and with a cigarette dangling just so — which remains instantly recognizable and as American as baseball.

Just months before his death in 1955, Dean allowed LIFE magazine photographer Dennis Stock to shadow him for a time. The classic photo essay that resulted — including an iconic picture of Dean in a rainy Times Square — arguably did almost as much to create the actor's public persona as his performances. Here's a look back at the photos. TIME

In his autobiography, Alec Guinness recalled how Dean showed him his car shortly before the fatal accident. "If you get in that car," Guinness told him, "you will be found dead in it by this time next week." Hollywood Reporter