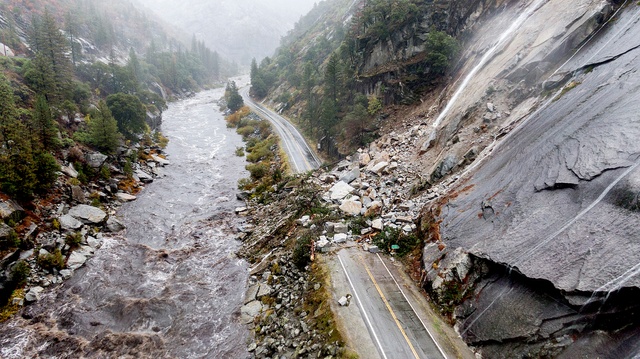 A rockslide covered Highway 70 in Plumas County on Sunday.

After a long run of dry weather, rain returned to Northern California — and it seemed to come all at once. A Level 5 atmospheric river, the strongest to hit the Bay Area in 26 years, roared in from the Pacific on Sunday, easing water scarcity and essentially ending fire season. But it also caused widespread havoc. Some snapshots from across the region:

Dr. Bob Wachter, one of the Bay Area's leading experts on Covid-19, is known for being cautious. But he recently decided to loosen up, reasoning that we've entered a "stable state" in which cases remain low but risk persists. “I’m still going to be thoughtful and careful,” he said, but “if I’m not going to do it now, I’m probably saying that I’m not going to do it for the next couple of years, and I might be saying I’m not doing it forever. I hate to say that, but it’s possible that this is it.” S.F. Chronicle

In 1962, a year before Betty Friedan's “The Feminine Mystique,” a Long Island wife named Joan Archibald filed for divorce, sent her kids to live with her mother, and went to Malibu, where she changed her name to “Kali.” She began creating painterly photographs using a process known as Artography. Long forgotten, her work is now being heralded as an important contribution to West Coast visual arts. One critic said Kali's images seem to shimmer "as if pulsing with their own internal heartbeat." New Yorker | Vanity Fair

A few of Kali's unearthed works: 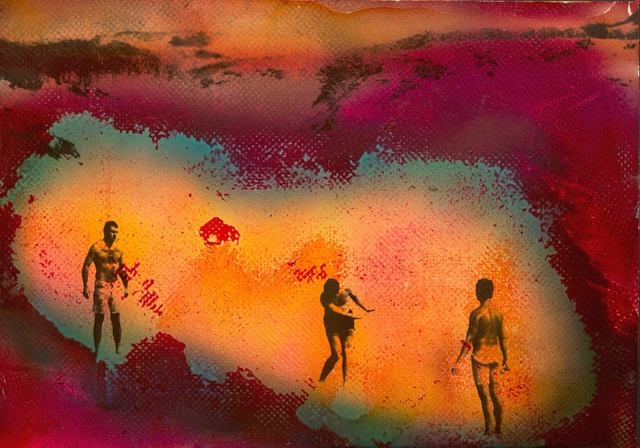 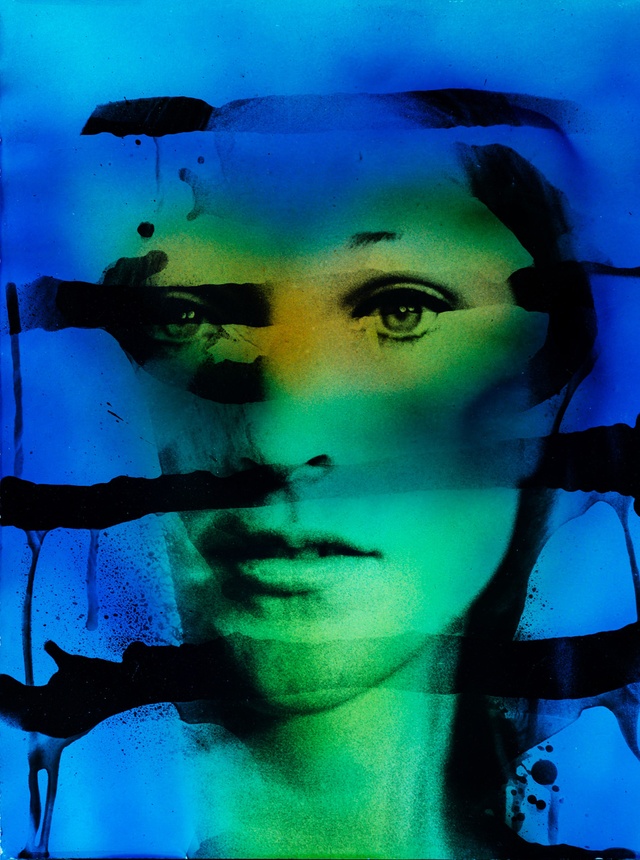 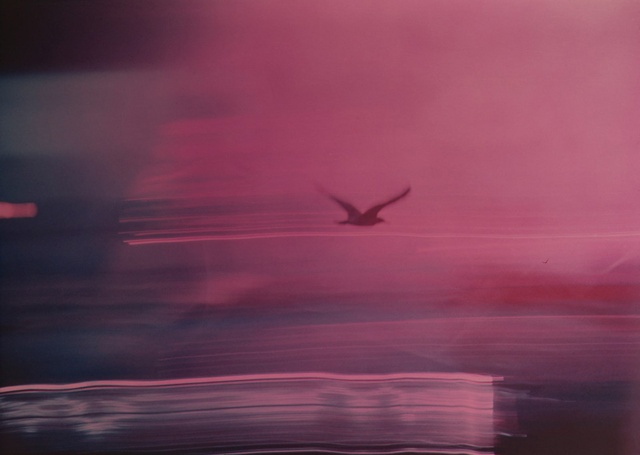 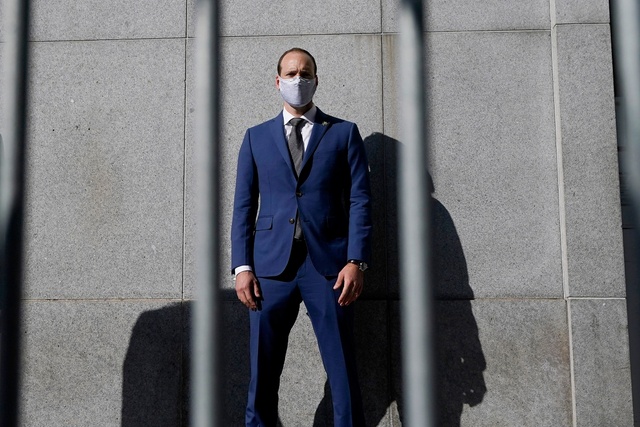 Roughly 50 attorneys have left the San Francisco district attorney's office — about a third of the department — since Chesa Boudin took charge in January 2020. With a recall vote now all but certain, some of those former prosecutors are emerging as his most compelling critics.

A pair of dispatches on the new normal of drought in Northern California: 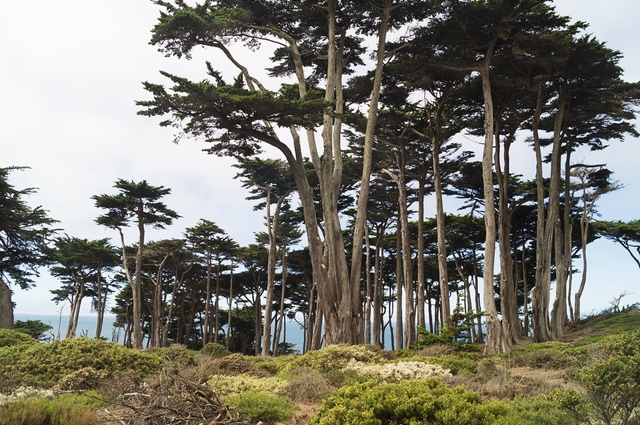 Lands End is at the northwestern end of the Crosstown Trail.

The Chronicle's Peter Hartlaub called it "a true San Francisco miracle." Somehow, a band of citizens managed to bypass government bureaucracy to piece together a 17-mile trail that cuts diagonally across the entire city. National Geographic explored the Crosstown Trail as it zigzags through parks, two waterfronts, a mosaic stairway, and one of the city's most underappreciated neighborhoods: Visitacion Valley.

Last year, volunteers counted just 200 monarch butterflies in Pismo Beach, a major wintering destination for the delicate insects that once crowded the California coast by the millions. Extinction seemed inevitable. Now there are signs of turnaround: As of Oct. 20, trees in the Pismo grove were draped with 7,200 monarchs, more than the last two winters combined. Danielle Bronson, a parks official, said she cried tears of joy when she heard the numbers. The Tribune | KSBY

In February, an innovative shelter opened in North Hollywood with 40 colorful tiny homes, showers, Wi-Fi, and a laundry facility. At a cost of $5.2 million, critics said it was too expensive. But a photographer who spent two months documenting life at the village disagreed. "Every day," Morgan Lieberman wrote, "I saw the immeasurable worth of these tiny villages in helping to create something that’s often missing from stories about the unhoused: a narrative of positive progress." L.A. Times

Mourners gathered for a candlelight vigil in Burbank on Sunday.

The fatal shooting of cinematographer Halyna Hutchins on the set of "Rust" has ignited a debate about the role of firearms on movie sets. On Saturday, a California lawmaker called for banning real guns on film sets. Others drew attention to the risks of cost cutting. The chief electrician on “Rust” publicly blamed the film’s armorer, 24-year-old Hannah Gutierrez Reed, for "negligence." He also accused producers of hiring crew members with insufficient experience. "No saved penny is worth the LIFE of the person!” he wrote. L.A. Times

“She was one of us." Hundreds of people gathered for a vigil honoring Hutchins in Burbank late Sunday. Hollywood Reporter

From the latest cover story in Los Angeles Magazine:

"Los Angeles is currently in the grip of a psychedelics fervor not seen since Jim Morrison ambled his way down the Venice Beach boardwalk in the 1960s. Every weekend, dozens, possibly hundreds, of ayahuasca ceremonies take place in the hills, valleys, and strip malls of Southern California." 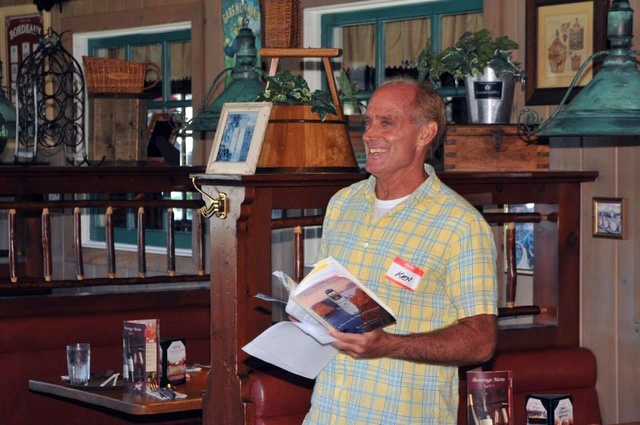 … Ken McAlpine, a Ventura writer and author of “Islands Apart,” a travel memoir for which he spent weeks at a time alone on the Channel Islands.

A: Admittedly I’m biased, but Channel Islands National Park. The five islands that comprise the park have been called the Galapagos of North America, but frankly that’s short-selling them. Imagine a wild and wondrous place where housecat-size foxes scamper through fields of Seuss-like flowers, and moon and sun shine down on the untamed and the empty. That’s just for starters.

I just read Paul Theroux’s newest book, “Under the Wave at Waimea.” It’s about an old big wave surfer — well, 60-something isn’t old in my book — at a crossroad in his life. Surfing is a hard thing to write about, but Theroux nails it. He also nails the stuttering journey of growing old.

Other than my lovely wife’s kitchen, any Mexican restaurant on Ventura Avenue. My food leanings are pretty simple — affordable and delicious. All the places on Ventura Avenue are small and the real deal. Can’t hurt to start with Taqueria Ventura Doña Raquel’s amazing fish tacos.

Mark Twain (because the world was his stage, and he did touch down in California; plus he’s funny), writer Ethan Canin (because he is a lovely writer with a keen sense of humanity and just seems like a good person), and Adam Duritz (of the Counting Crows) because I love his lyrics. Sure, all three were only part-time Californians, but that’s good enough for me. And because they were/are wordsmiths and dreamers/far-outside-the-box thinkers, I’m sure asking them how we can be better human beings would unleash some interesting answers.

For "Islands Apart," you traveled alone to each of California's Channel Islands. This was over a decade ago, and I'm curious what you took away from that type of isolation that still resonates with you today, after technology has advanced drastically but has also been seen as dangerous to democracy — and contemplation.

I still carry the islands with me, and I still go out to the islands fairly regularly as they’re just a short boat trip from Ventura. Being out there alone — while I was working on “Islands Apart,” and every other time — always feels like a deep sigh. Quiet matters. Greatly. So much of the world is just noise. We only have so much time. Why would we waste it on noise?