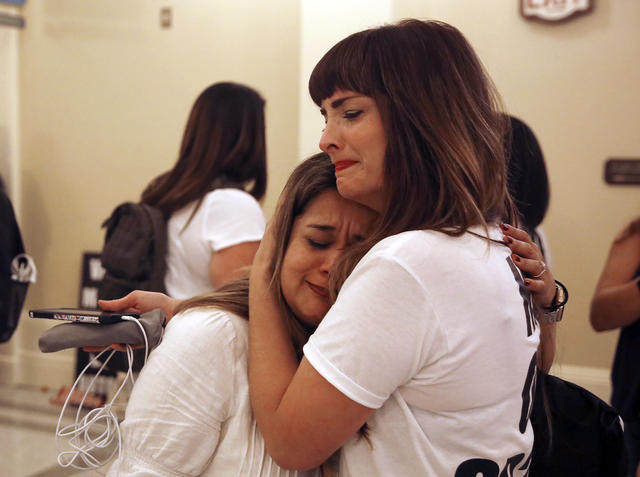 Vaccine legislation opponents embraced at the Capitol in Sacramento on Monday.

Gov. Gavin Newsom signed bills into law that create state oversight of medical exemptions for vaccines required to attend school. He acted on a day of raucous protests during which hundreds of opponents blocked entrances to the statehouse and temporarily shut down both legislative chambers by shouting and pounding on walls. Seven people were arrested. One reporter said he had never seen anything quite like it. L.A. Times | A.P. 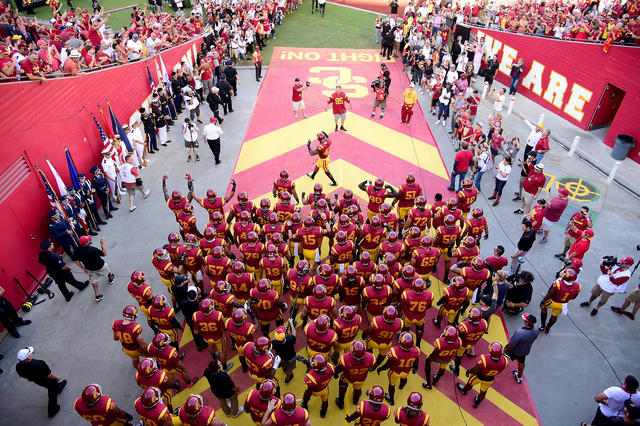 USC prepared to take the field against Stanford at the Los Angeles Coliseum. Both colleges have opposed a bill that would let college athletes be paid for endorsements.

With only four more days to go in the legislative session, a flurry of bills were advanced. Among them:

PG&E proposed to resolve its bankruptcy case by offering nearly $18 billion to settle claims from devastating wildfires started by its equipment. The volley was the first formal step in what could be a protracted battle, and wildfire victims immediately criticized the amount as woefully inadequate. "They’re not serious about making victims whole,” an advocate said. CALmatters | Mercury News 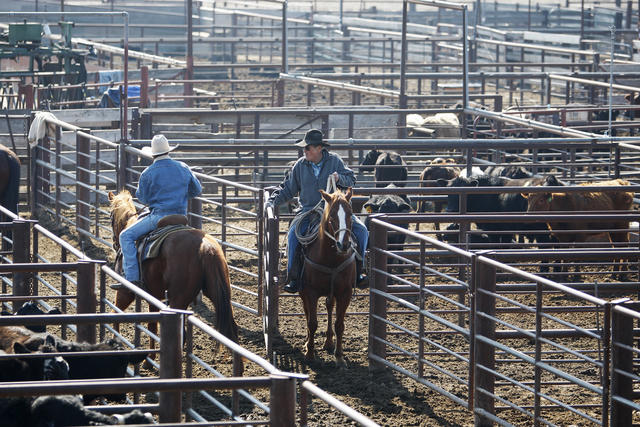 Cowboys moved cattle at the Visalia Livestock Market. The city's economy is driven by agriculture.

Where is the best U.S. city to live based on salary and cost of living? An economist for LinkedIn crunched the data for a new ranking. In the top 10: Visalia and Modesto. In the bottom 10: Oxnard and Vallejo. CityLab | Indeed Hiring Lab

Visalia, a city of 130,000 not far from Sequoia National Park, has another badge of honor: It's the only inland California city to crack the top 25 of the Gallup-Sharecare Well-Being Index. Well-Being Index

The National Rifle Association fired back against San Francisco over its resolution labeling it “domestic terrorist organization." The gun group filed a federal lawsuit that accuses San Francisco supervisors of violating its freedom of speech with what amounts to blacklist. "Fortunately," an NRA lawyer said, "the NRA, like all U.S. citizens, is protected by the First Amendment." A.P. | S.F. Chronicle 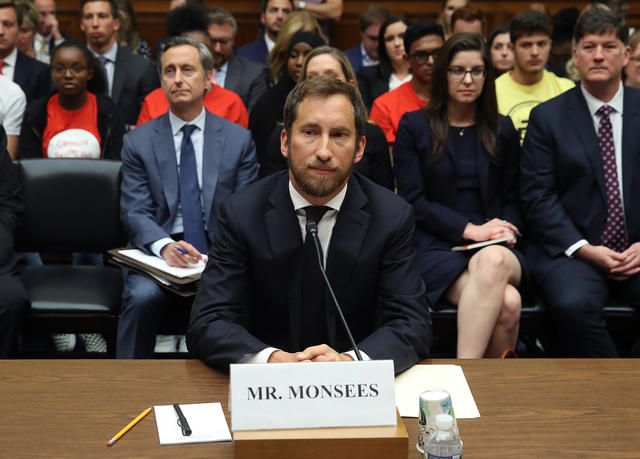 James Monsees, a founder of Juul Labs, testified about youth smoking on Capitol Hill on July 25.

Juul Labs, the dominant e-cigarette company based in San Francisco, illegally marketed its vaping products as a less harmful alternative to traditional cigarettes, the Food and Drug Administration said Monday. It was a setback for a company that has been trying to rebrand itself after outrage erupted over a surge in teenage vaping. N.Y. Times | TechCrunch

Suspected cases of severe lung disease tied to vaping are on the rise nationally, and California officials are investigating 57 cases. One death has been reported. SFGate.com | S.F. Chronicle

Earlier this year, BART launched a "blitz" operation in its stations aimed at thwarting fare evaders. They also shooed away homeless people crowding the stations. The result? More than twice as many homeless people as last year are now riding trains on weekends. “The data suggests we’re moving them out of stations and onto trains,” a BART official said. S.F. Chronicle 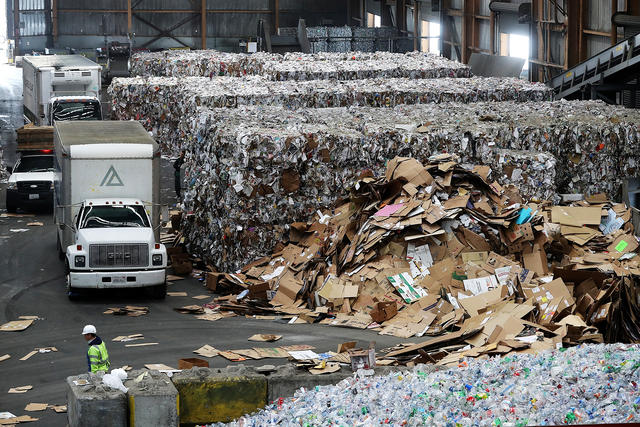 Recyclables are piled up at Recology’s San Francisco recycling facility.

San Francisco has touted itself as the country's greatest recycling city, diverting as much as 80 percent of its waste from landfills. But that record has been threatened since China introduced virtually impossible new standards on how clean plastics must be. “Definitely more” plastic is going to landfills, a recycling official said. S.F. Chronicle

In Los Angeles County, African Americans are 9 percent of the population, but 40 percent of its homeless population. The L.A. Times told the story of black Angelenos who tried to create the American dream in Pacoima after being locked out of white neighborhoods. Now they live in a homeless encampment under the Ronald Reagan Freeway. L.A. Times

Los Angeles is considering a plan to ban sleeping on the streets near school, parks, and day-care facilities. Maps show how more than 40 percent of the city could be made off limits. L.A. Times 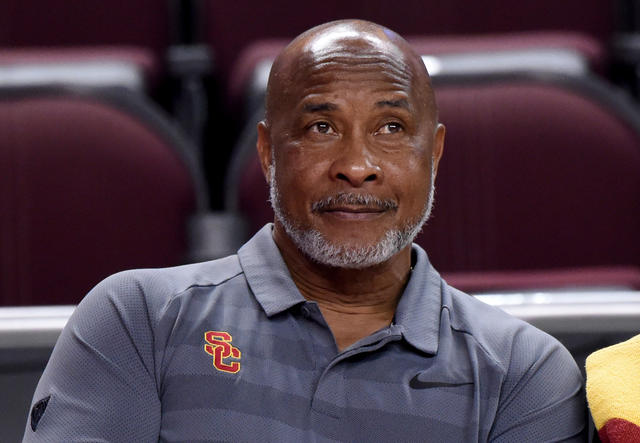 USC athletic director Lynn Swann abruptly resigned on Monday after three rocky years at his alma mater. Swann, a 67-year-old former NFL star, was hired in 2016 despite no significant experience in athletic administration. During his tenure, USC was linked to multiple high-profile scandals. He also faced questions about whether his connections to the school’s biggest donor had landed him the job. L.A. Times | ESPN

Restaurants in Los Angeles have been increasingly adding surcharges to bills to offset the rising cost of minimum wage increases. An Asian bistro is tacking on 3 percent to each order. A burger place is adding 6 percent. Somebody even created a spreadsheet. The rage among customers, wrote LAist, "is getting real." LAist 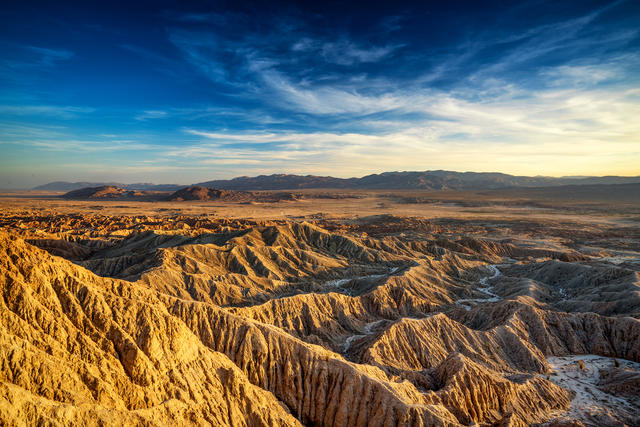 When Father Pedro Font passed through the Borrego Badlands in the 18th century he called the landscape “sweepings of the earth.” Nowadays, nature lovers call his namesake overlook one of California's most glorious perches. It faces dramatic canyons eroded over millennia, exposing sediment from the Pliocene. "The Borrego Badlands offer a lifetime of exploration," Atlas Obscura wrote, "but to gaze over it all in a day, perhaps no place is better than Font’s Point." Atlas Obscura | California Through My Lens 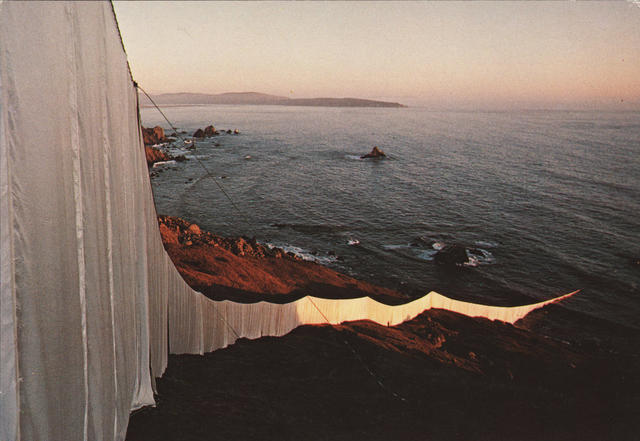 Christo's "Running Fence" disappeared into the Pacific Ocean at Dillon Beach in September, 1976.

It was on this day in 1976 that a pair of eccentric foreign artists transformed the Sonoma countryside in one of most audacious art projects California has ever seen.

Made of 240,000 yards of nylon fabric supported by steel poles, "Running Fence" stood 18 feet and slithered like a gleaming white snake across 24 miles from Cotati to the Pacific Ocean. 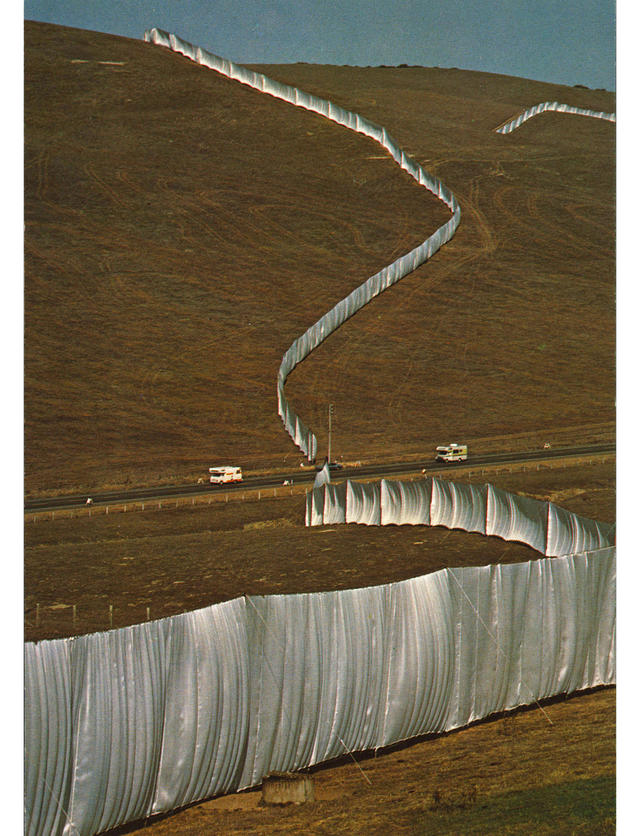 The fence cut across the rolling hills of Sonoma County.

As arresting as the artwork was, it was also an astonishing testament to the tenacity of its creators, Bulgarian-born Christo and his partner Jeanne-Claude, from Morocco, who both eschewed last names.

They endured 18 public hearings, three sessions in Superior Court, a 450-page environmental report, and the wrangling of permissions from 59 landowners. Opponents called the project "fascist" and "a gargantuan roll of toilet paper." Environmentalists said it would mar the land. 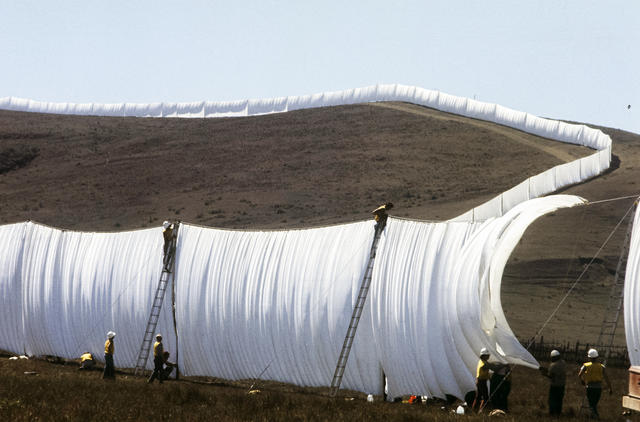 But even if the ranchers whose land the fence would cross didn't all buy into the concept, they liked the charismatic foreign artists. Christo and Jeanne-Claude won them over one at a time. "Running Fence grew like a child beyond anything I could imagine," Christo recalled later. "It built its own reality."

Finally, after more than three years of planning, the project was officially completed on Sept. 10, 1976. 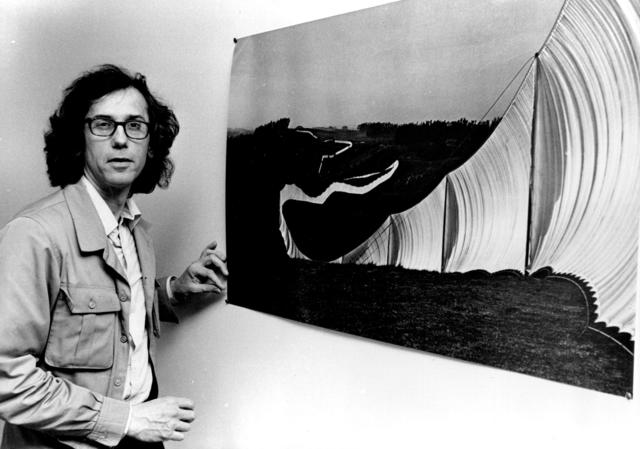 Christo with a picture of his "Running Fence" in 1978.

The critic Michael Florescu declared it a "powerful manifestation of the free spirit." Then the artwork was dismantled a mere two weeks after it rose, leaving not a trace.

The fence ran across the family ranch of Joe Pozzi, who was 13 at the time. Forty years later, he told Sonoma Magazine that the afterglow of the project remained vivid in his mind. "It changed people’s lives," he said, "and for the better.” Sonoma Magazine