If California were a country, it would rank fifth in the world for total coronavirus cases behind the U.S., Brazil, India, and Russia. 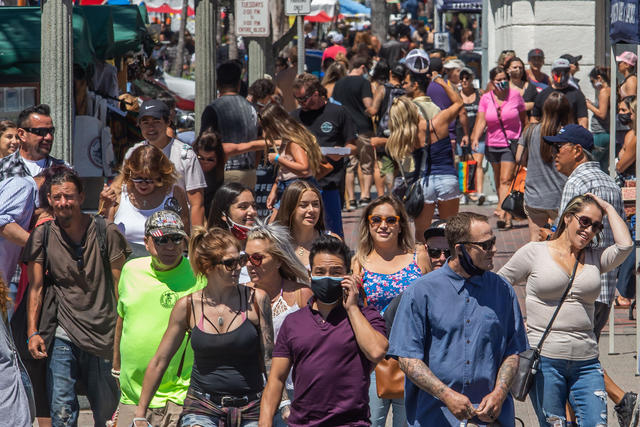 People crossed the street in Huntington Beach on Sunday.

Huntington Beach has come to symbolize the mask-resistance capital of California. A reporter talked to locals and found abundant skepticism over the seriousness of the outbreak. Infections have been surging in Orange County. L.A. Times

Wendy Rodriguez was getting some tacos in L.A.'s Boyle Heights neighborhood when an 8-year-old boy approached with flowers. She learned that the boy's mother had died a year ago and his father lost his job because of the pandemic. He was selling flowers to help support the family. Rodriguez bought all of his flowers, then set up a GoFundMe for the family: As of Wednesday, it was up to $44,600. KABC 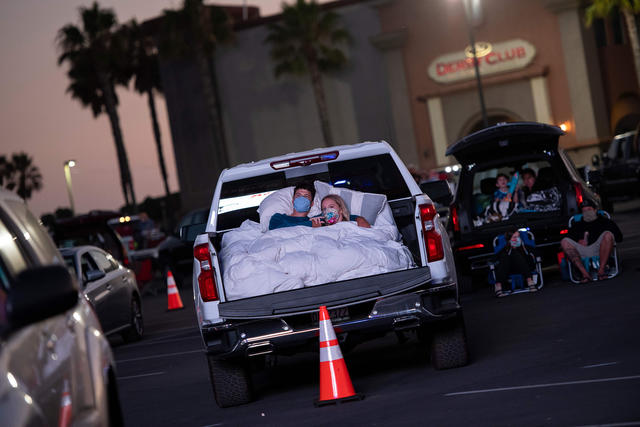 Country fans watched a live performance at the Ventura County Fairgrounds on July 11.

☝️This is what concerts look like in the age of Covid-19.

At the Ventura County Fairgrounds, promoters are trying to breathe life into the moribund live-music industry with the Concerts in Your Car series. A reporter checked out a show: "It was a bit like Coachella, if no one left their vehicles." L.A. Times 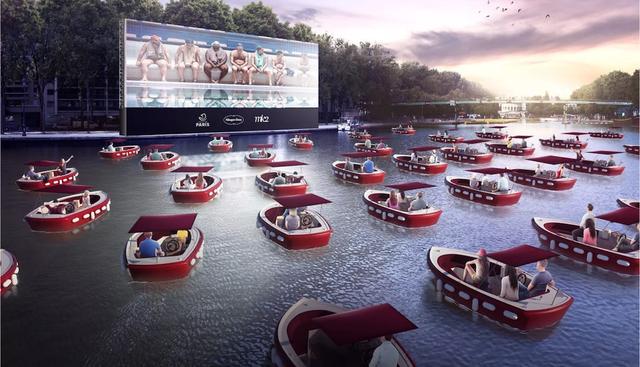 An artist’s rendering of the floating boat cinema. 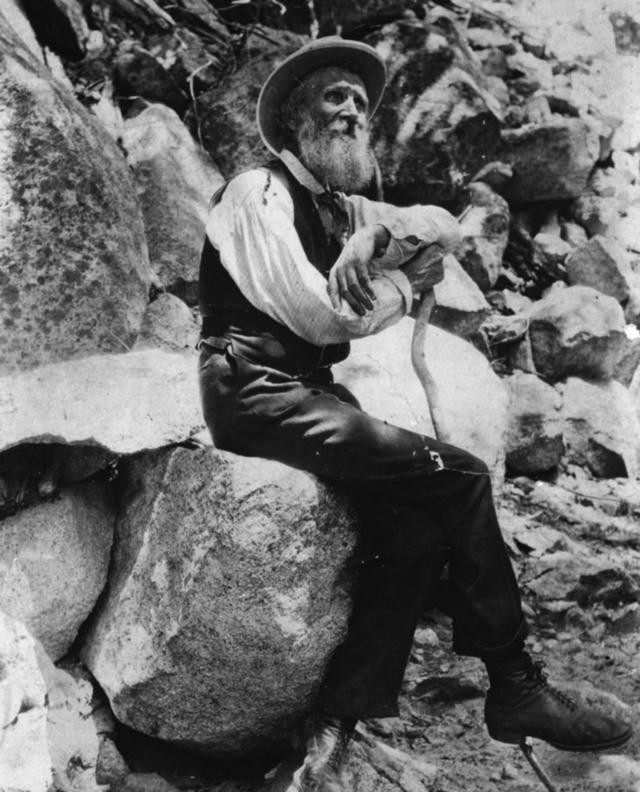 In an online post on Wednesday, the Sierra Club said it was time to do some "truth-telling" about the racism of John Muir, the patron saint of modern environmentalism. In his writings, Muir described the laziness of “Sambos,” a racial slur, and lamented the “dirty and irregular life” of Native Americans. The Sierra Club vowed to make its leadership majority non-white and study "which of our monuments need to be renamed or pulled down entirely." S.F. Chronicle | Washington Post

"The man who thought of nature as a cathedral, and regarded 'whales and elephants, dancing, humming gnats,' and even 'invisibly small mischievous microbes' as divine, regarded Native Americans as subhuman." Atlas Obscura (2016)

All students at California State University must take a course in ethnic studies or social justice to graduate under a policy approved by trustees on Wednesday. It's the first major change to general education across the system in decades. Supporters said it would elevate ethnic studies to the same level as the natural and life sciences, the arts, and humanities. EdSource | L.A. Times

Since April, Chevron has been using solar panels to power its oil pumps in Kern Valley. In exchange, the oil giant will earn renewable energy credits from the state worth about $4 million a year. Environmentalists say the development subverts a program that was designed to reduce fossil fuel emissions. Bloomberg

Conservative members of the California GOP are moving to expel two state party members who are leaders of an anti-Trump group supporting the presidential bid of Joe Biden. Mike Madrid, one of the targets, responded: "Am I surprised by this? Not in the least bit. Am I going to stop fumigating the party of white nationalism? No. I’m just getting started.” L.A. Times

On July 11, a men's rights lawyer was fatally shot outside his home in the mountains of San Bernardino County. Eight days later, a gunman approached the New Jersey home of a federal judge, then killed her son and wounded her husband. The suspect, an “anti-feminist” named Roy Den Hollander, was later found dead of an apparent suicide. On Wednesday, the FBI linked the two killings for the first time. Officials are investigating whether Den Hollander, 72, was seeking revenge against his enemies after receiving a terminal cancer diagnosis. N.Y. Times | A.P. 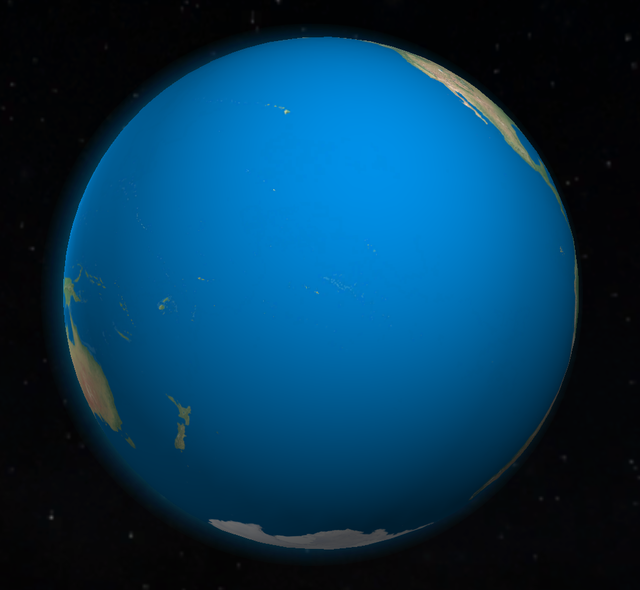 A digital rendering of the Pacific Ocean based on satellite data.

Fun Fact: The Pacific Ocean is larger than all of Earth's land area combined. Essentially, the Pacific amounts to roughly a third of Earth's surface (nearly 64 million square miles), all of the other water amounts to another third, and the land makes up the remaining third. 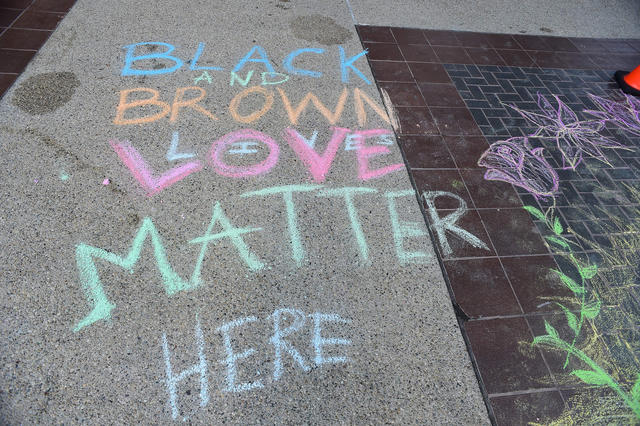 Chalk art outside of City Hall in Los Angeles.

In the small town of Selah, Wash., a scuffle over the street chalk art of Black Lives Matter protesters has been getting national attention. Local authorities say chalk is graffiti, no matter how ephemeral. But protesters call it protected free speech.

The clash is a familiar one, surfacing from time to time in cities across the country, but perhaps never more bizarrely than in San Diego back in 2013. After the 2008 Wall Street bailout, a 40-year-old activist named Jeff Olson was fed up, as he put it, with big banks taking advantage of the little guy.

As he strolled through a CVS one day, his eyes fell on a carton of children's street chalk and he had an idea. Chalk in hand, Olson kneeled on the sidewalks in front of three Bank of America branches around San Diego. “No thanks, big banks,” he wrote. Also: “Shame on BofA"; a drawing of tentacles stretching from the bank walls and clutching dollar bills; and “Matthew 21:12,” a verse that describes Jesus tossing bankers from the temple.

Alerted by the bank, city prosecutors decided to slap Olson with 13 counts of misdemeanor vandalism. At first, he was convinced someone was pranking him, Olson told the Sun this week. "Then it got pretty real." 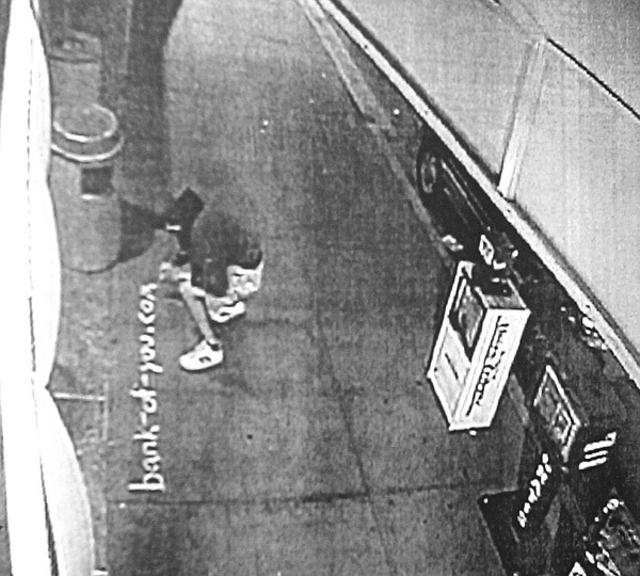 Prosecutors offered a deal. They would drop the charges in exchange for a $6,300 fine, 32 hours of community service, and the surrender of Olson's driver's license for three years. He refused. When the alternative weekly San Diego Reader got wind of the trial, it highlighted the eye-popping stakes. Olson faced a maximum penalty of 13 years in prison.

Though exceedingly unlikely, the potential punishment set off a storm of news coverage that became so intense the judge barred Olson from talking to reporters. In the court of public opinion, however, the verdict was settled. Nearly 35,000 people signed a petition demanding Olson be left alone. Even San Diego's mayor called the case “stupid.”

But prosecutors stood firm, arguing that the bank suffered monetary damages and that chalk is “still graffiti even if the material can be removed with water.” For Olson, the case took a worrying turn when the judge prohibited any courtroom talk of free speech, a major plank of the defense. The case, the judge explained, was about vandalism.

Even so, the jury took Olson's side, acquitting him on all charges. He credited his lawyer's skill. But in retrospect, he said, it's hard to imagine the outcome having gone another way: If the challenge to free expression didn't offend jurors, the waste of taxpayer funds would have. "It was funny," Olson said. "There was something for everyone to hate about my case."