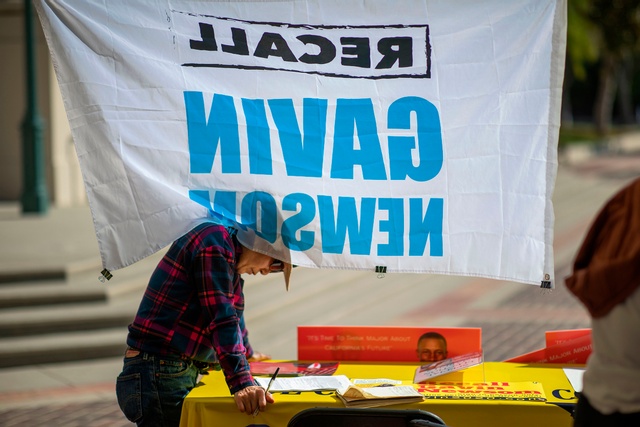 A recall supporter manned a booth in Pasadena on Feb. 28.

"Now the real campaign is about to commence.”

A Republican-led drive to recall Gov. Gavin Newsom collected enough voter signatures to qualify for the ballot, state officials said on Monday, clearing the way for only the second such vote in California's history. The election, whose timing was uncertain, promises to be the political spectacle of the year, as candidates line up to challenge a governor who won office by a huge margin only to see his job approval plummet amid frustration over the pandemic lockdown. CalMatters | A.P.

On the night of Newsom's fateful French Laundry dinner, the recall drive had collected just 55,588 signatures. "One month later, there were nearly 500,000 signatures." N.Y. Times

California is losing a congressional seat for the first time since becoming a state. Population data released by the U.S. Census Bureau on Monday revealed that the Golden State's growth lagged relative to other states, meaning its total delegation would fall from 53 members to 52 in the 2022 election. Among the states that added seats: Texas and Florida. “There will be gloating — political gloating — I can guarantee it,” a public policy professor said. Politico | Mercury News

The Supreme Court on Monday rejected a complaint from Texas that California had discriminated against the state by refusing to pay the travel costs of state employees who go there. California has banned state-funded travel to 12 states it sees as having anti-LGBTQ policies. Texas was added to the list after passing a 2017 law that let adoption agencies refuse to work with same-sex couples on religious grounds. In an unusual lawsuit, Texas argued that California threatened its sovereignty. Bloomberg | L.A. Times 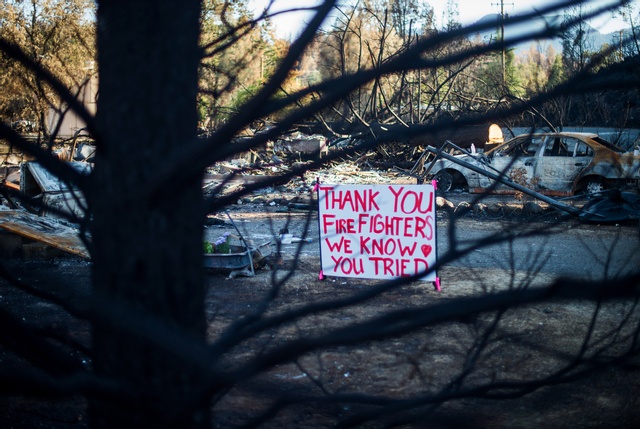 A sign thanked firefighters after a 2015 blaze in Middletown, near the site of a proposed development.

The trauma of California's wildfire catastrophes in recent years has emboldened state lawmakers to intervene more aggressively in local land-use decisions. One new measure aims to limit building in "very high fire hazard" zones, encompassing vast swaths of the state. Others seek to force building in cities. “This is about the future of housing development across the state, and whether it’s going to be in fire sprawl or in the city’s infill areas," said one legislation sponsor. "I think that’s what’s at stake here." Washington Post

Some people are having a hard time with the transition to pre-Covid life. Shelby Bernstein, a 29-year-old Angeleno:

“Every time I see people eating out or hanging out with their friends unmasked, I cringe and feel hopeless. I hate feeling like this, but unfortunately for me and many others, I think this looming sense of dread will be with us for a long time.” L.A. Times

California's Covid-19 numbers keep improving. It now has the lowest virus case rate of any state in the nation. 👉 Covid.cdc.gov

In a Page 1 story, the N.Y. Times chronicled how Tim Cook and Mark Zuckerberg became foes. During a confab for media moguls in Sun Valley, Idaho, in 2019, Zuckerberg sought Cook's advice on how to handle the fallout from a user-privacy controversy. Cook told him, in effect, that Facebook's business was untenable. Zuckerberg was stunned. "Two years later, Mr. Zuckerberg and Mr. Cook’s opposing positions have exploded into an all-out war." 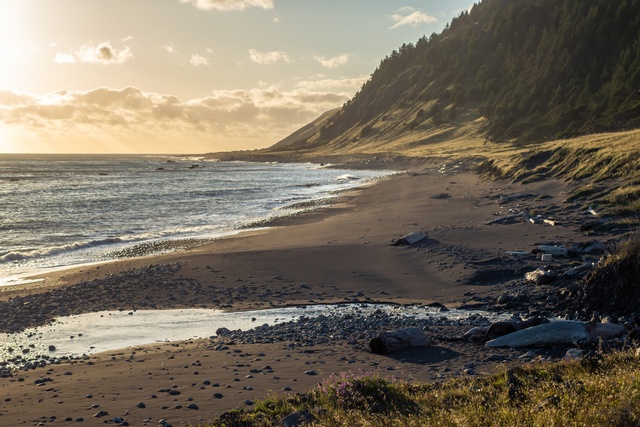 Scientists set out to find where Lyme disease-carrying ticks, commonly associated with wooded areas, live in Northern California. They discovered them pretty much everywhere, including an unexpected location: near the beach. The study authors said beachgoers and doctors should take heed. “I’m not trying to ruin anyone’s vacation or outdoor time,” one researcher said. But he added that people should “always be aware that ticks are around in most of the habitats in California.” Washington Post

Linda Owens, a 78-year-old retired grocery department manager, is one of the Bay Area's most prolific foster parents, sheltering newborns who need temporary care in their first weeks of life. In 34 years, she's taken in more than 80 infants. Some were exposed to drugs in the womb. Many don't sleep through the night. A child services official said Owens' contribution has been immeasurable: “She’s in a category almost all by herself.” Last week, Owens won a Jefferson Award, which honors ordinary people who do extraordinary things. KPIX

Up until 1972, Southern California industrial companies used the seafloor near Catalina Island as a dumping ground for toxic waste. Scientists have now mapped the area, and they were jarred by what they found: more than 27,000 barrel-sized anomalies, far more than expected. “This mission confirms my worst fear," Sen. Dianne Feinstein said during a hearing Monday, "that possibly hundreds of thousands of barrels and DDT-laced sediment were dumped just 12 miles off our coast.” L.A. Times | A.P. 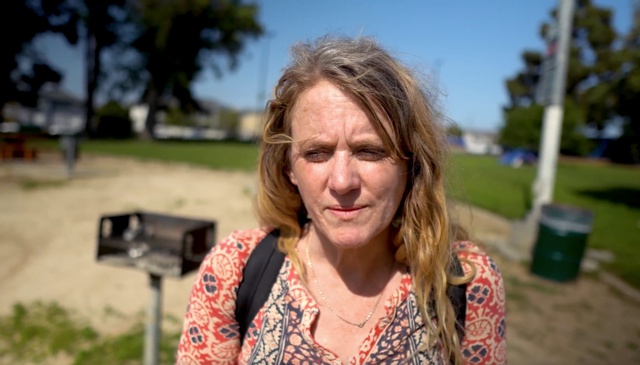 Mona has been unable to get back on her feet since her house burned down in 2017.

Invisible People, a nonprofit that elevates the voices of homeless people, interviewed a woman named Mona whose house, she said, burned down in the 2017 Thomas fire, eliminating both her shelter and her work-from-home job. She holds a Master's degree in industrial engineering and has published eight articles in scientific journals. Now she lives in a tent near LAX. She was sure she could get back on her feet, she said, if she could just get back inside. "I don't really see how you can get a job and become a productive member of society living in the park." YouTube (~11:30 mins)

The 93rd Academy Awards on Sunday was the least-watched Oscars ceremony ever, an outcome not entirely unexpected in a year when theaters were closed and many nominees lacked big name recognition. Still, it underscored worries about Hollywood's hold on the American imagination. By comparison, the number of viewers who tuned into the 2021 NCAA men’s basketball championship game: 16.9 million. Deadline | N.Y. Times 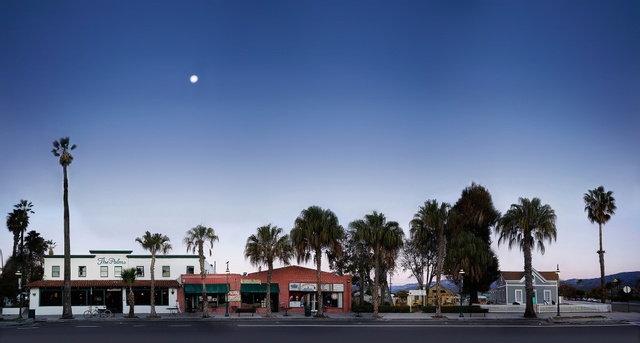 The Central Coast beach hamlet, a two-hour train ride north of Los Angeles, has a fantastic little downtown, with a collection of surf shops, antique stores, and restaurants. It's also highly walkable, flowing seamlessly to the beach, an attribute that an urban planning journal cited when it named Linden Avenue the best downtown for a vacation in all of California. The L.A. Times travel writer Christopher Reynolds called it "almost the perfect beach town main street." He recommended getting a meal at The Palms, the white building pictured at left, a Carpinteria institution since 1912 where diners grill their own steaks.