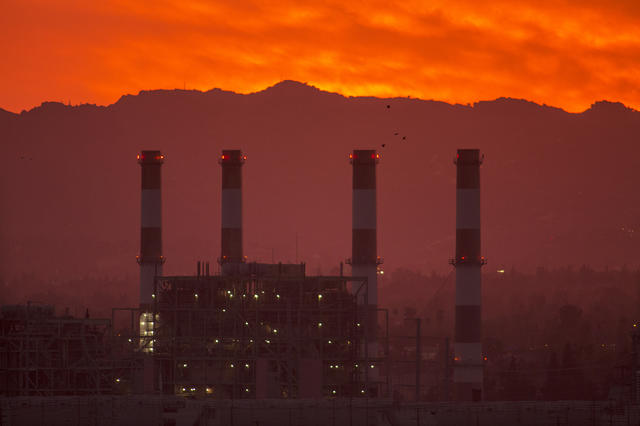 A gas power plant in the San Fernando Valley.

A survey found that California Democrats and Republicans are worlds apart on climate change. Among Democrats, 73 percent see global warming as a "very serious threat," compared to 27 percent of Republicans. Another finding: half of Californians said they'd be fine with paying more for clean electricity. That's likely to embolden policymakers. It "allows you to be a little more courageous about what you're going to propose," an analyst said. Sacramento Bee | CALmatters

A separate study on how California's coast redwoods are handling warmer temperatures got an unexpected result: They're growing faster. CNET 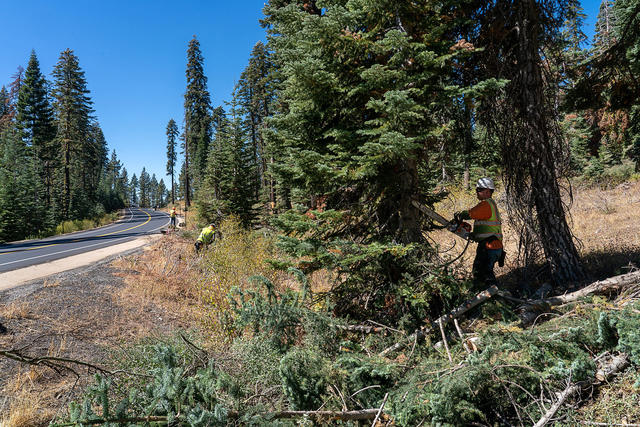 It could be insurance companies, not the government, that effectively block new home construction in California's fire-prone areas. The refusal of insurance companies to cover homes in rural parts of the state is increasingly leading buyers to cancel purchases and look elsewhere. Sacramento Bee | @dillonliam/Twitter

In cities across California, police and prosecutors have been using confiscated condoms as evidence against people suspected of prostitution. Now Gov. Gavin Newsom says he'll sign a new bill banning the practice. Supporters of the bill say the criminalization of carrying condoms has been a danger to public safety. The landmark bill also adds protections for sex workers to report abuse without fear of arrest. VICE 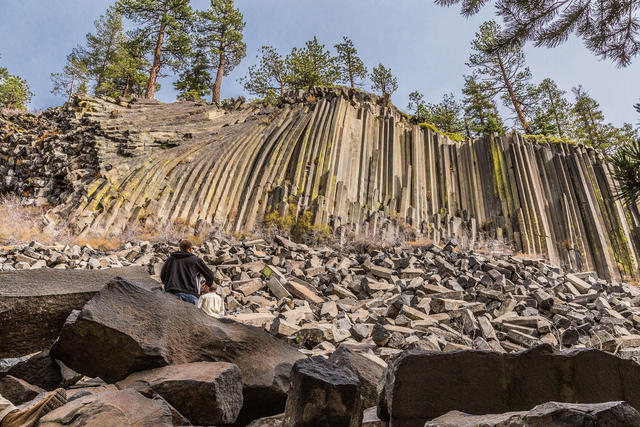 Photo by Sandip Bhattacharya/CC BY 2.0

In California, the devil has a slide, a golf course, and a collection of posts. The oddly symmetrical basalt columns of Devils Postpile, 25 miles east of Yosemite Valley, look like they could have been pushed up from the underworld. In truth, scientists say, they were formed 100,000 years ago when a sea of lava cooled and contracted, creating cracks in one of nature's favorite shapes: the hexagon. Visitors enjoy an added treat: a nearby 100-foot waterfall that doubles as a rainbow factory. NPS.gov | Atlas Obscura 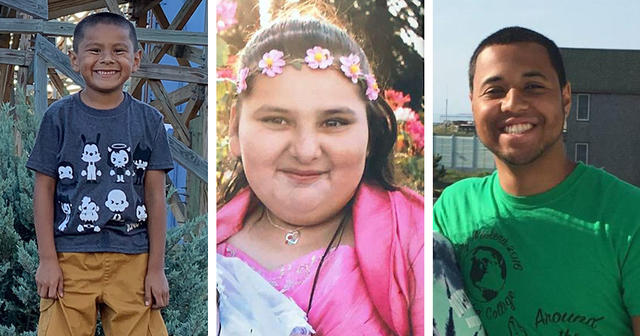 The three victims of the Gilroy Garlic Festival shooting were all young:

Hundreds attended a vigil in Gilroy. "We cannot let the bastard that did this tear us down." Mercury News 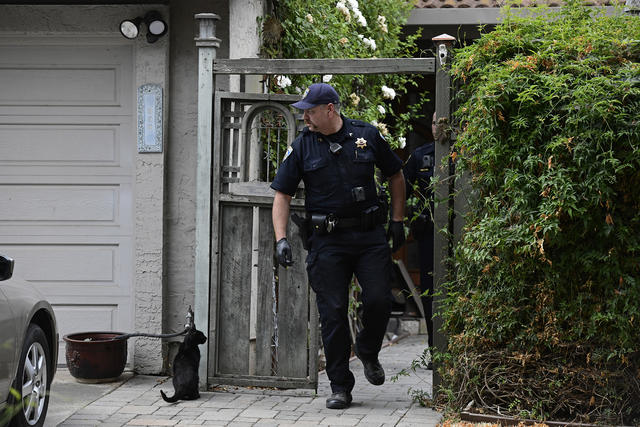 Officers exited the family home of Santino William Legan in Gilroy on Monday.

The Gilroy gunman was identified by the authorities as Santino William Legan, 19, a Bay Area native. In the hours before the shooting, he urged his Instagram followers to read a 19th century book popular with white supremacists and complained about the overcrowding of towns with "hordes" of people of mixed race and Silicon Valley whites. A.P. | L.A. Times

Authorities said Legan legally purchased "an assault-type rifle" in Nevada, but broke the law by bringing it into California.

"It's just an outrage," Gov. Gavin Newsom said. "I can't put borders up — speaking of borders — in a neighboring state where you can buy this damn stuff legally. How the hell is that possible? I have no problem with the Second Amendment. You have a right to bear arms but not weapons of goddamn mass destruction." S.F. Chronicle | Sacramento Bee

And this: "Having so much of life occur at the front door, as opposed to on the town square or the market street, is simply sad. Pathetic even. Who but a small minority would want to organize life around a siege mentality?" WIRED 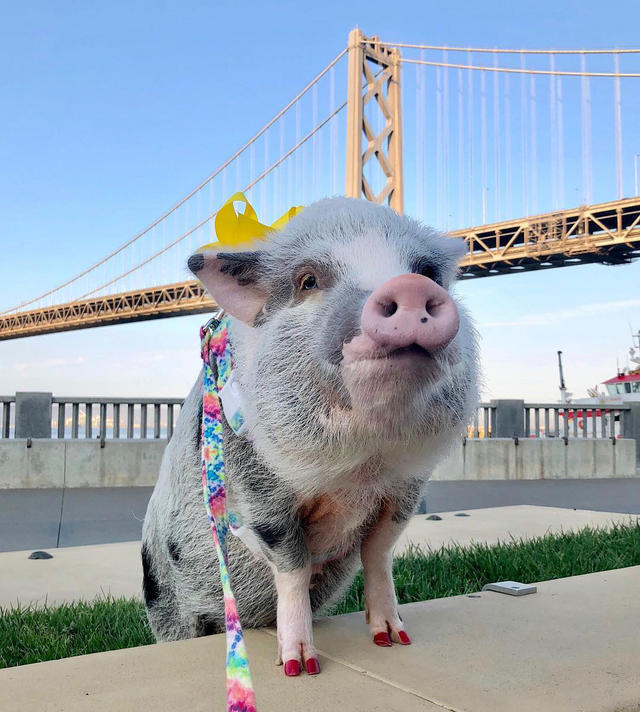 LiLou the pig does shifts at the San Francisco airport.

The airport can get stressful. That's when San Francisco International Airport deploys the Wag Brigade. It includes a fleet of 22 dogs in vests that urge "pet me!" along with LiLou, a therapy pig with red-painted toenails and a gift for performance. Much of the team's work is focused on one hotspot in particular: Terminal 3, where United Airlines is located. SFGate.com

Jose Palomar, 26, grew up in Anaheim and has temporary legal status in the U.S. He’s married to an American citizen and is the father of American children. In June, he traveled to Mexico to fulfill some requirements to be granted a green card. But now the U.S. won't let him back in. Why? When asked if he's ever smoked marijuana, he answered yes. O.C. Register 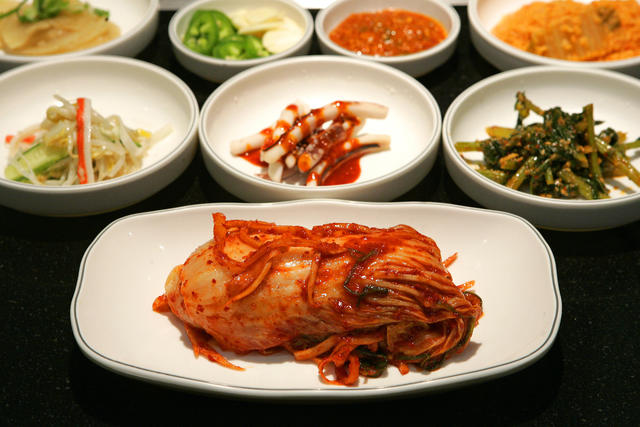 L.A. columnist Frank Shyong met with workers at the city's Korean barbecue restaurants who described blatant wage theft, racial discrimination, and job insecurity. "It's long past time for us consider how much suffering and toil goes into the $1 taco and $3 banh mi we love to celebrate," he wrote. L.A. Times

The trustees of Los Angeles County's massive pension fund are big travelers. According to an L.A. Times investigation, their excursions — to conferences in places such as Abu Dhabi, Tokyo, Hong Kong, and Paris — have cost the fund more than $1.3 million since 2015. Some trustees spent as little as $3,000. Others exceeded $100,000. Some traveled as many as 10 times a year. L.A. Times | KTLA 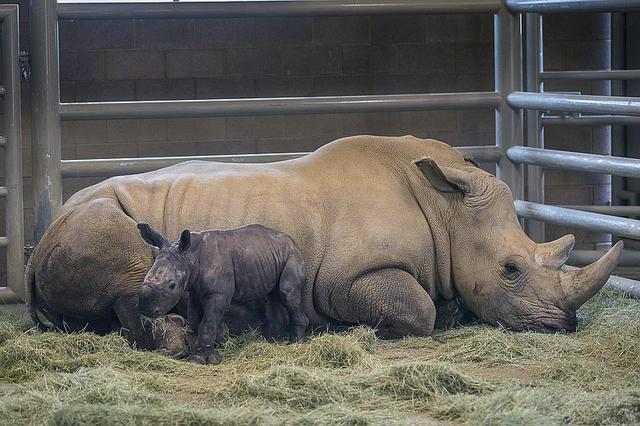 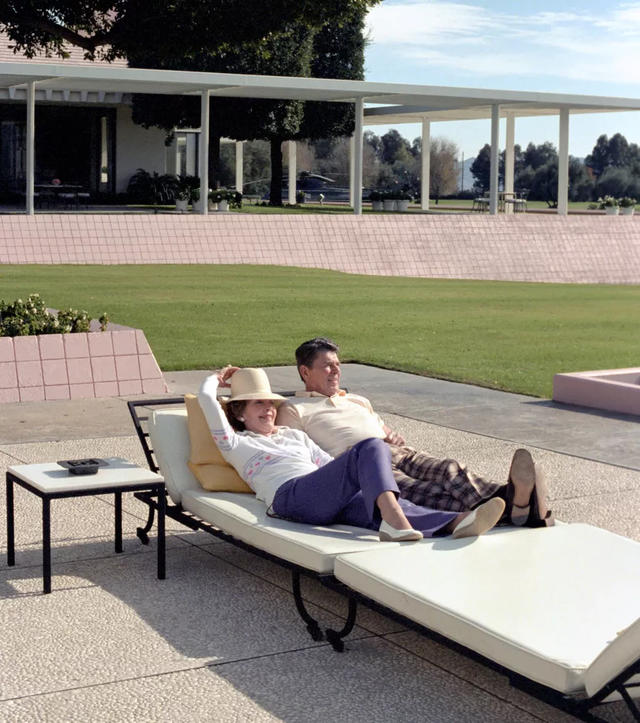 The Reagans reclined on the patio at Sunnylands in Rancho Mirage.

There's a place in the Coachella Valley known as the city of the presidents. That's thanks in no small part to the legacy of Sunnylands, a pink-walled paradise built for media mogul Walter Annenberg and his wife Leonore in 1966. Indefatigable entertainers, the Annenbergs hosted legendary parties. Queen Elizabeth, Bob Hope, and Truman Capote passed through. Frank Sinatra married his fourth wife there. And eight presidents, from Eisenhower to Obama, have been guests. Here are a bunch of vintage photos from Sunnylands' glory years of the 1970s and '80s. Vanity Fair | Palm Springs Life

Sunnylands is now open to the public. You can tour the modernist house and the 200-acre grounds, including outdoor sculptures and 13 man-made lakes. Curbed Los Angeles | Sunnylands.org 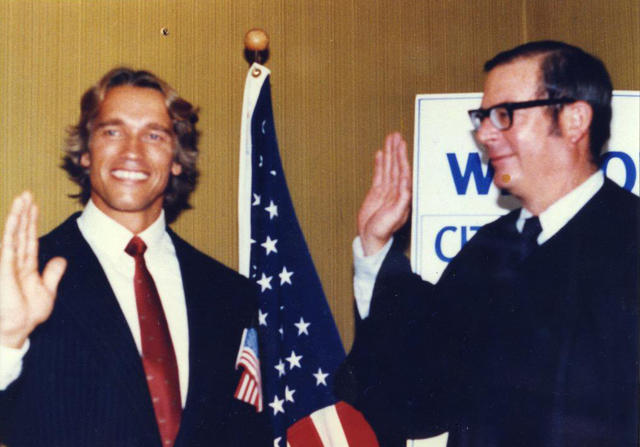 Love him or hate him, Arnold Schwarzenegger is a wonder of nature. Born in Austria on this day in 1947, he got into weightlifting as a teenager and became the youngest-ever Mr. Universe at the age of 20.

Then it was on to real estate. He launched a bricklaying business in Southern California and started buying up properties, earning his first million. Next, despite being warned about his "funny accent," he went after Hollywood, scoring his big break in 1969's "Hercules in New York." By the 1980s, he was one of cinema's most famous action stars.

He married into the Kennedy family, and having never held public office thought, why not run for the governorship of America's most populous state? "The Governator" held power for the better part of a decade.

As comedian Bill Burr put it in a NSFW bit: "This dude has been in a zone for over decades. Four decades. Nothing but net."