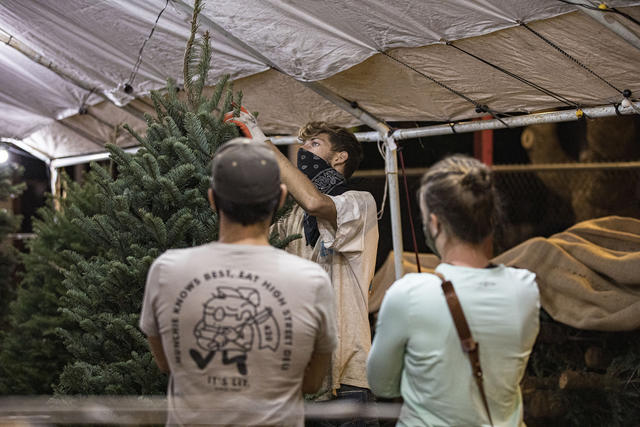 People were out Christmas tree shopping in San Diego over the weekend.

Coronavirus numbers are exploding across California, which is now reporting more hospitalizations than ever — 7,415 as of Sunday — a total that has doubled in just two weeks. Officials are bracing for things to get worse before they get better as Thanksgiving gatherings yield another possible wave of infections. L.A. Times | S.F. Chronicle | A.P.

Dr. Anthony Fauci: “We may see a surge upon a surge.” 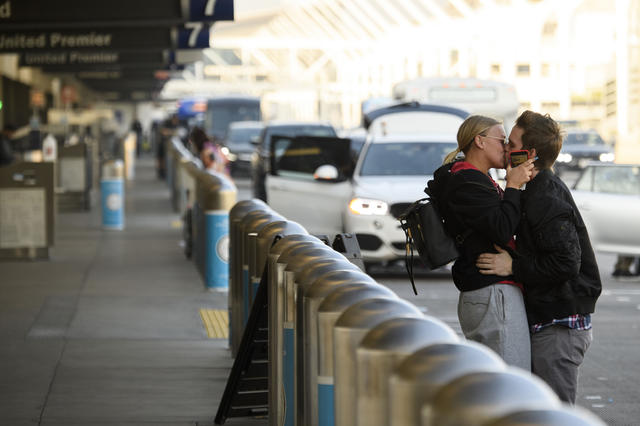 Residents of Los Angeles County have by and large abided by coronavirus orders, especially relative to people in other parts of the country. But resistance is growing after the latest round of restrictions. That has county officials pleading with people to stay the course. "Dead people don't get a second chance," the county's top health official said on Saturday. L.A. Times | LAist

Coronavirus patients are proliferating across California, but many are better off than those who got sick in March or April. That's because doctors have learned a great deal over the course of the pandemic. Steroids are now proven to work. The antiviral Remdesivir is readily available. And many patients are able to avoid ventilators and the ICU. Here's a look inside the Bay Area's busiest Covid ward. 👉 Mercury News 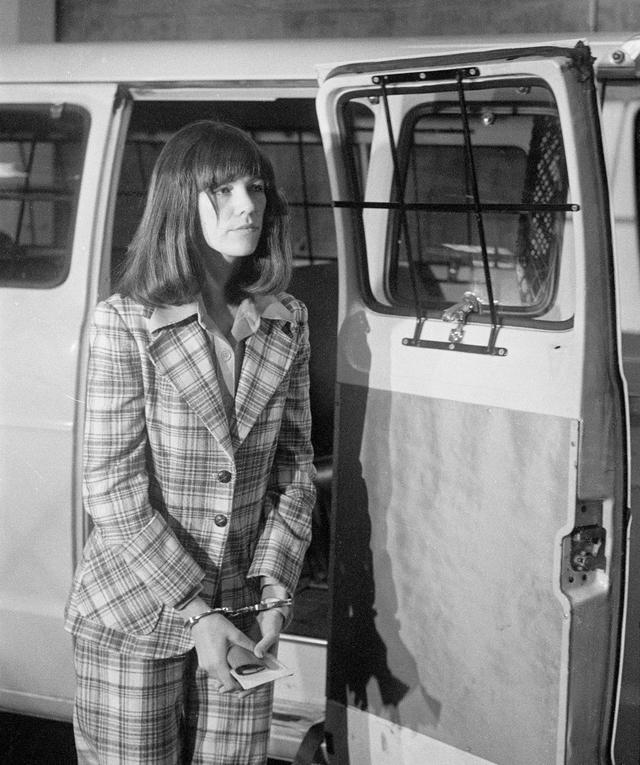 Gov. Gavin Newsom has reversed parole for Leslie Van Houten, a Charles Manson follower convicted of helping him kill Los Angeles grocer Leno LaBianca and his wife, Rosemary, in 1969. It was the fourth time a governor has blocked Van Houten's release. Her lawyer said he would appeal. “Plenty of murderers have gotten out of prison and done just fine, but they’re not high-profile cases,” he said. N.Y Times | A.P.

President Trump may have been steamrolled at the ballot box in California, but 2020 was the best year for the state's Republicans in more than a decade. The party was poised to recapture as many as four of the seven House seats that Democrats flipped from G.O.P. control in 2018. Voters also shot down business tax and rent control measures, as well as a bid to revive affirmative action. Politico 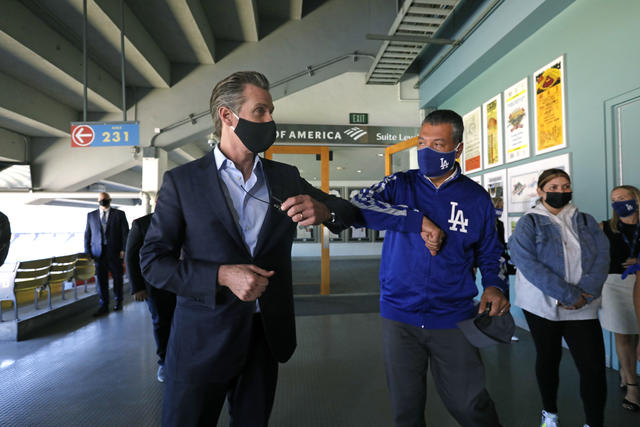 Newsom has to pick someone to fill the U.S. Senate seat of Vice President-elect Kamala Harris, and many names have been floated. But California Secretary of State Alex Padilla has emerged as the front-runner, according to more than half a dozen insiders interviewed by the N.Y. Times. Newsom, the report said, owes Padilla for numerous political favors over the years. N.Y. Times

Security camera footage at a Fresno zoo showed a person cutting the lock to an aviary exhibit at around 4:30 a.m. on Sunday, stuffing two exotic birds into a duffel bag, then disappearing into the night. One of the birds, a lesser sulphur-crested cockatoo, is critically endangered. The other, a Nicobar pigeon, is listed as near threatened. Zookeepers are beside themselves. Visalia Times-Delta | KSEE 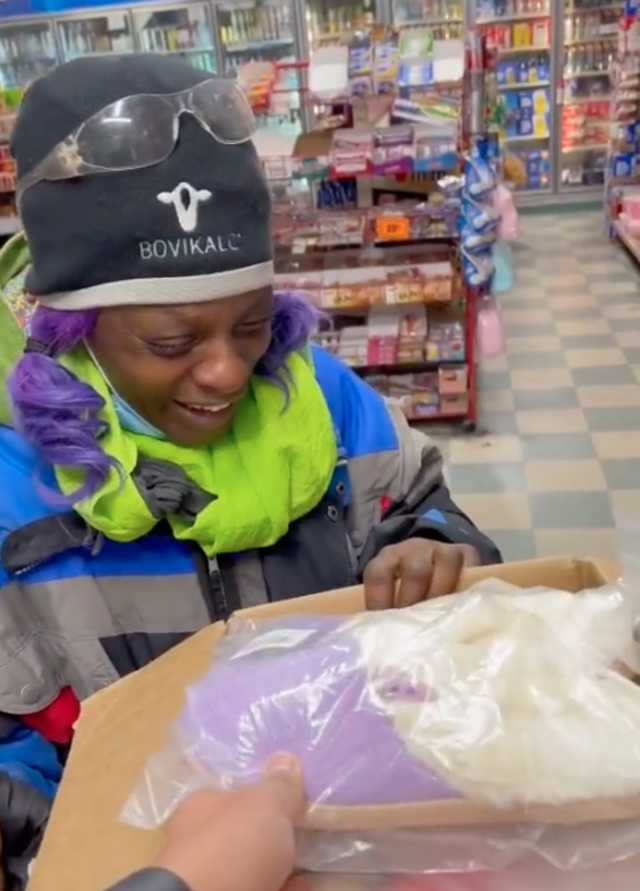 Mary reacted to a gift at Tower Gas and Mini Mart in Fresno.

The owners of a Fresno gas station and market have been making the homeless people who pass through their store TikTok famous. Akram Mohsin and Mohsin Alaqwari treat them not as nuisances but as neighbors with hidden talents and endearing personalities. Viewers have taken to sending gifts addressed to the subjects of videos. Fresno Bee | KFSN

Here's a heartwarming video of Mary, who was brought to tears by gifts from her TikTok fans. 👉 @akramadinas

A man broke into his estranged girlfriend's South Pasadena home early Saturday, attacked her, and was then killed by the woman's mother and sister, the authorities said. The mother and sister at first tried to pull the assailant off the woman, but he was too strong, police said. Then they returned with a kitchen knife and golf club. San Gabriel Valley Tribune | A.P. 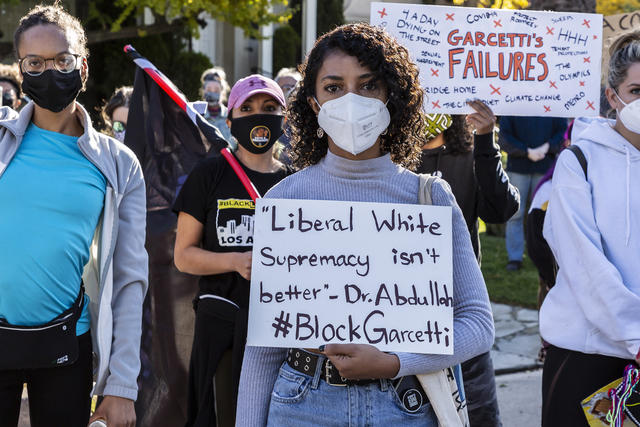 Black Lives Matter protesters have been holding daily rallies outside the home of Los Angeles Mayor Eric Garcetti, calling on President-elect Joe Biden to rule out Garcetti for a possible cabinet position. The activists accuse of the mayor of failing to address homelessness and police aggression. "We're saying that we will not allow the kind of white supremacist capital interests that he represents to set national policy for this country," one activist said. City News Service | CBSLA

In the last month, six Buddhist temples have been vandalized in the Santa Ana area. In a recent case, someone spray-painted “Jesus” down the spine of a statue. “It’s beyond trespass. It’s beyond vandalism. It’s a hate crime targeted at the Vietnamese American Buddhist community, and we will not stand for that,” a local lawmaker who attended one of the temples said. L.A. Times

… Jeff Weiss, a music journalist from Los Angeles. He founded the popular site Passion of the Weiss and writes regularly for the L.A. Times, Washington Post, and theLAnd.

A. It's unclear whether it was more mortally betrayed by Instagram or the poxed image of Don Draper meditating in all-white vestments at Esalen, but my pick stays Big Sur. Beyond the imagined nostalgia for hangovers at Lawrence Ferlinghetti's Bixby cabin, it's simply the most charismatically gorgeous place on earth. Temporary serotonin is a hike in Pfeiffer Burns and an Old Fashioned and wheelbarrow of fries at Nepenthe (with ambrosia sauce; book optional, but recommended). In typical Californian fashion, the utopian wind chime "vibes" are often shattered by the apocalyptic infernos that have become tragically regular. Disney has yet to add it to the California Adventure. 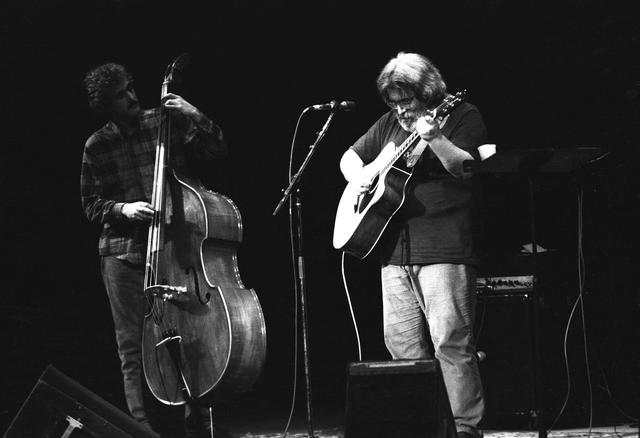 Jerry Garcia, right, and John Kahn performed together in January, 1986.

What’s the last great California album you listened to?

GarciaLive Volume 14: January 27, 1986, The Ritz. While technically recorded in New York, anything from Jerry Garcia counts as a California album by legal statute. Even the Dead songs about El Paso and Abilene sound filtered through the left-handed psychedelia of a native son. My Dead obsession traces back to a borrowed and never returned cassette of an undated show from Provo Utah radio. It was dubbed circa '97, but sounds like it could've been first taped in 1972 or 72 B.C. Only recently, with the July release of this 34-year old show, did I discover that my favorite Dead period is actually this: a Jerry show with Beverly Hills bassist John Kahn recorded the day before the Challenger exploded. Jerry sings weary devil hymns and Dylan covers, Texas blues and GD canon, like a prophet in rags ascending and collapsing.

Wat Dong Moon Lek in the no-man's land between Virgil Village, East Hollywood, and Silver Lake. Every neighborhood needs a great neighborhood Thai place, especially one with versatile and addictive soup options. My blood type is basically tom kha udon at this point.

Snoop Dogg, Eve Babitz circa '72, and old Henry Miller (who spent the last two-fifths of his life in Big Sur and the Palisades, so I'm claiming him). Snoop is legitimately the most entertaining human to ever inhale. Eve because no one has ever been more artful at decadence and fun. And old Henry Miller because after he calmed down, he understood how to live as well as anyone I've ever read — and I'm a sucker for eccentric genius misanthropes with a corny penchant for mysticism. Snoop's blunt would do the heavy lifting to spark the conversation.

You've been part of Los Angeles' music scene for a while. What do you think are some of the most significant developments — a specific artist, a particular scene, a label — in the past few years that have impacted the area?

I've spent the last three years covering the persecution of Drakeo the Ruler by the District Attorney's Office and the L.A. County Sheriff's Department, so my answer naturally goes there. Not only did Drakeo invent "nervous music" — an indigenous L.A. strain of lethal anxiety rap that has become one of the most influential sounds of the city — his mistreatment embodied the cruelty and corruption endemic to the county's criminal justice system. Earlier this summer, he released "Thank You For Using GTL," the best rap album ever recorded from jail. After George Gascón was elected district attorney, the prosecutors offered to cut him a deal to release him from Men's Central for time served. After facing the death penalty at one point, he's back home and figures to go down as one of the greatest artists the city has ever produced.

An earlier version of this newsletter said incorrectly that the entire Bay Area was in the purple tier of the state's reopening plan. Marin County remained in the red tier, with fewer restrictions.