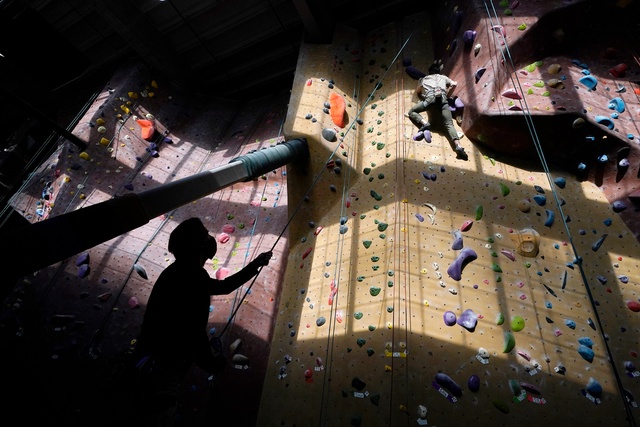 Climbers ascended the walls at the reopened Planet Granite in San Francisco on March 4.

California reached its goal of administering 2 million vaccine doses in low-income communities on Friday, triggering a change in reopening criteria that moved 13 more counties to the less restrictive red tier. Among those now reopening is Los Angeles County, a milestone greeted with both relief and trepidation two months after it was the epicenter of California's winter surge. On Wednesday, officials expect another 13 counties — including San Diego, Sacramento, Riverside, and Ventura — to reopen. When they do, more than 90% of California's population will be free to go out to a movie and dinner indoors. A.P. | Desert Sun 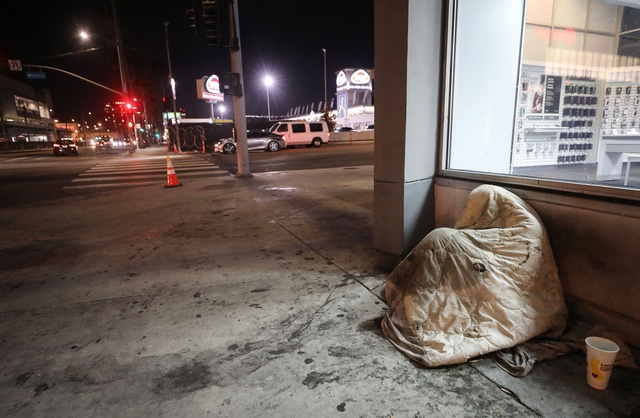 Vaccine eligibility is opening up to people who are homeless.

Vaccine eligibility expands today to include 4.4 million Californians with disabilities or underlying health conditions. Notably, they will not be required to show documentation for their condition; officials worried about putting up unnecessary barriers. San Francisco is broadening its criteria even further, allowing people with HIV, people with substance abuse disorders, and those who identify as deaf or disabled to get vaccinated. L.A. Times | S.F. Chronicle

An analysis found that coronavirus case rates for Latinos in the Bay Area are nearly four times those for whites. Infections among Bay Area Latinos have been nearly as high as those of Los Angeles County Latinos. Yet Bay Area whites have faced half the case rate of white people in L.A. County. Maritza Maldonado, a nonprofit leader in San Jose, said it became clear very early in the pandemic that the virus was ravaging Latino neighborhoods. But officials were slow to take notice. "You get tired of jumping up and down and saying, 'Look at us over here. Hello, we’re dying,'" Maldonado said. Mercury News 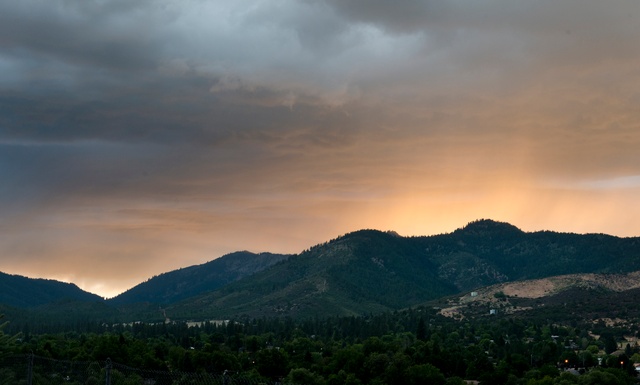 A view of Yreka, the county seat of rural Siskiyou County.

Siskiyou County only recorded its first coronavirus death in November. So Debbie and Guy Scott were exasperated when they were forced to close their bookstore in Yreka, the county seat. Then their attitude turned to rage when Gov. Gavin Newsom had his infamous dinner at the French Laundry. “Everything changed," Debbie said. "We went, ‘Bye-bye. We’re all done.’” The L.A. Times published a dispatch from California's northern counties, where the political disaffection is long-standing and the support for Newsom's recall is intense.

On Jan. 6, according to the FBI, Jorge Aaron Riley stormed the U.S. Capitol, later boasting that he pushed his way into Speaker Nancy Pelosi’s office. Two months later, the Sacramento Republican Assembly, an activist conservative group, presented Riley with a trophy for his service to the group, then posed for a picture. A spokesperson for the group's parent organization said he was "concerned" about the honor. Sacramento Bee 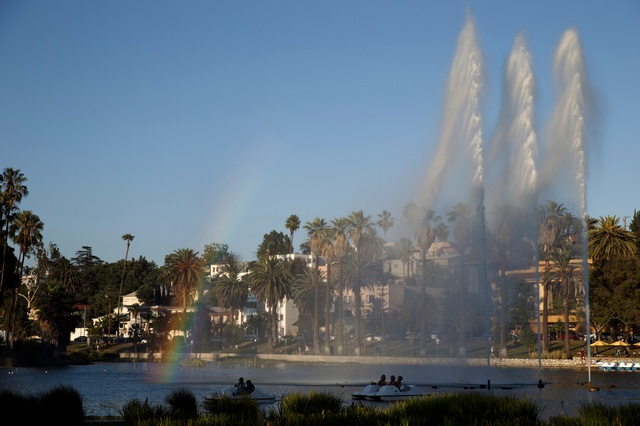 Echo Park is a Los Angeles landmark, a natural haven with pedal boats, historic homes, and views of the downtown skyline. It's also a flashpoint in the city's homelessness crisis. It started with a few tents. More joined last year. At last count there were 174, part of what the L.A. Times called a "commune-like society." Nearby residents are irate. A petition demanding that the city act gathered 4,000 signatures. “WE — THE CITIZENS OF ECHO PARK — WILL NO LONGER TOLERATE OUR LAKE BEING DESTROYED!” it said.

A couple weeks ago, Steven Nava, 21, found one of his former teachers living in his car in Fontana. For years, Jose Villarruel, 77, had been unable to afford rent as he supported his extended family in Mexico. Then his teaching hours were cut last year when learning went remote. Moved to do something, Nava set up a GoFundMe, then surprised Villarruel with a check for $27,000. "My initial thought was, 'Am I dreaming?'" Villarruel said. "I still can't get over this experience." CBSLA | KTVU 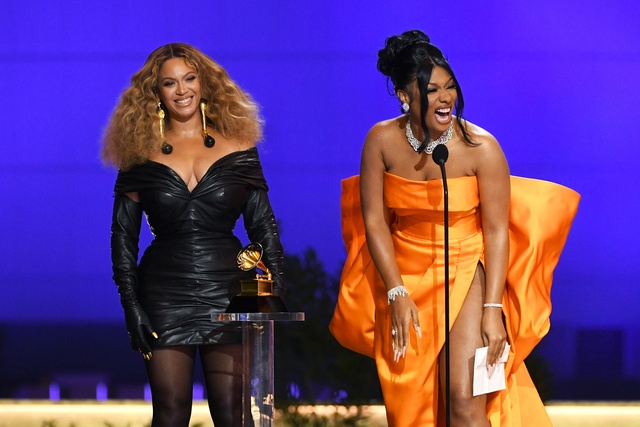 By many accounts, Lil Baby had the most memorable performance of the night, highlighting police brutality. @ComplexMusic 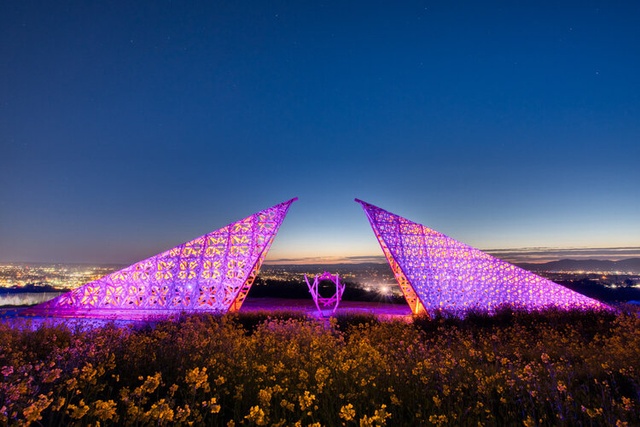 The Empyrean sculpture at Paradise Ridge Winery can be seen for miles.

Empyrean — an elaborate, 40-foot-tall wooden temple — was supposed to be a major draw at Burning Man 2020 until the pandemic scuttled the event. Instead the artwork has found a hillside perch at Paradise Ridge Winery in Santa Rosa. Writing in the Press Democrat, the columnist Chris Smith said the site was fitting. Much of the winery was reduced to rubble during wildfires in 2017; Empyrean now serves as a sort of punctuation mark on its rise from the ashes. Visitors are welcome to come see it on weekends.

Here's a great video of workers applying the final touches on the project. 👉 Vimeo 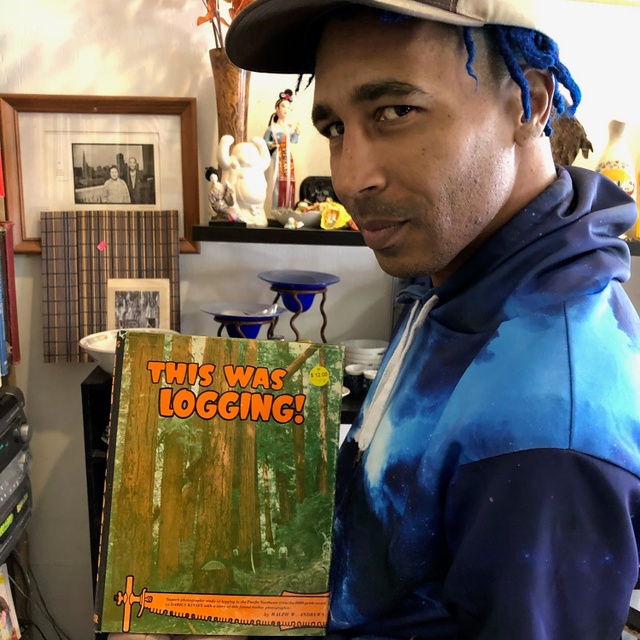 … Zaron Burnett III, an Oakland-based investigative reporter and the host of the new podcast “Black Cowboys,” a deep dive into the characters who populated stories Burnett’s father used to tell him.

A: On highway 80, halfway between San Francisco and Lake Tahoe, there is a fruit stand. Driving past on the freeway, if you don’t know to look for it, you’ll likely miss it. It’s called Pedrick Produce, located at the Pedrick Road exit.

The idea is you get off the freeway, stop and buy some fresh fruit and/or fresh-squeezed juice, or cider; maybe you prefer dried fruit. If you have a sweet tooth, there are bags of deliciousness, like flavored almonds (I recommend lemon or cinnamon). Once you grab some snacks, take a drive on the country roads. You can head north for Sutter’s Butte, or meander northwest and head over the Berryessa pass, then dip down into Napa Valley, or you can go south into the delta and work your way back to the Bay, following the water. California roads are the best in the nation. Well, not the roads themselves — they suck — it’s the sights, and the smells of the seasons, those fragrances caught by car windows. Country roads are like paved poems.

"Big Machine" by Victor Lavalle. I love a good mystery, but I tend towards the detective or investigator side of things. It’s about a secret society of historian-detectives who are Black and working to unravel a mystery that leaves only faint fingerprints and barely-there footprints in published news stories, only detectable to a quick and curious mind. It’s a fantastic book, and the writing’s incredible.

Art’s Cafe in San Francisco. There was a deep mourning period in the neighborhood when the married couple who owned and ran Art’s for 30 years announced that due to the pandemic, they would have to close the diner. Completely understandable, but it was a loss. Then, about six months later, a new young couple, who are also married and also Korean, announced they will be keeping Art’s open. To satisfy regulars, they don’t plan on making many changes to the classic Art’s menu. The diner just reopened. So, later this month, I’m gonna pop over to Art’s for a Samurai omelette. It’s hard to find a good diner these days; Art’s is one of the best I’ve ever known.

This was difficult to limit to three. Lost a lot of favorites. Sorry, Big Sur-era Henry Miller. Hope you understand, Bobby and Huey.

They each have very different appeciations of what makes California special. Specific points of view, without a lot of overlap or redundancy. They’re funny, smart, insightful. I think that, as long as Billy Wilder didn’t show up in a dark mood, we’d all have a laughing good time. Now some people might not think of Billy Wilder as a California figure, but to me, an emigre German film director who became a witty and beloved socialite in L.A. very much qualifies him. To break the ice, I’d ask Angela Davis and Amy Tan what their favorite California smells are. Then I’d ask Billy Wilder what his least favorite California smells are. If things drag, I’d ask Amy Tan about her treehouse home, then ask Angela Davis which person has her favorite laugh.

What was the research process like for "Black Cowboys"? Were there particular roadblocks in finding more information about the people your dad told about?

The main roadblock is the simple fact that those who record history, as journalists or historians, often didn’t record the lives of Black people in the past. When Black people were mentioned they’d be written about in news stories but not named, like, “two negroes did such-and-such.” That made it extra difficult. So I had to scour through personal letters to confirm details. The research process was a whole lotta reading. I bought about 35 books and started reading and highlighting those. I had a team of researchers who provided me dossiers on the subjects and fact-checked the scripts. For voices and contemporaneous perspectives, I relied a lot on Newspapers.com. To see what others had said, I watched a lot of documentaries. For historic accuracy, I watched lectures by professors and historical society presentations.

Importantly, I read a lot of Indigenous-told accounts and Indigenous-focused histories. That was key. I learned it’s impossible to tell the story of Black cowboys, and really, Black America, without also telling stories of our Indigenous cousins. It’s a poignant history, it’s complex, and I found in my research that to honestly examine stories of Black cowboys, you end up telling two stories at once. Or, rather, two facets of the same story, which is the question: How can you be free in America? Reading the tales of Black cowboys and Indigenous communities has given me a bone-deep appreciation of the true meaning of freedom.