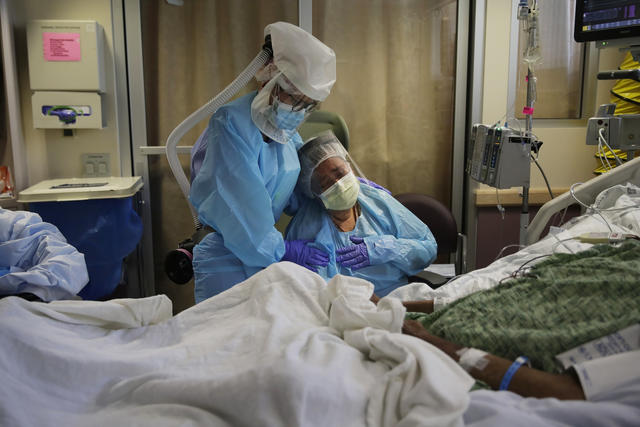 Romelia Navarro, right, was comforted as she sat with her dying husband at St. Jude Medical Center's Covid-19 unit in Fullerton.

California's hard-fought reopening is being thrown into reverse. On Monday, Gov. Gavin Newsom announced that the number of counties in the state's most restrictive tier, purple, would grow from 13 to 41, encompassing 94% of Californians. A curfew could come next, he added. The move came as the state recorded more than 13,280 new infections on Monday, the highest daily total since the pandemic began. George Rutherford, a UCSF epidemiologist, said the crackdown was unavoidable. "We don’t have a lot of cards to play after this.” L.A. Times | Politico | Mercury News

Some elected leaders scoffed at Newsom's order. “We are all free people who can exercise our freedom responsibly,” said Assemblyman James Gallagher. A.P.

Newsom on Monday acknowledged that some Californians may not be in the mood to listen to his exhortations after the Chronicle revealed that he had attended a birthday party of at least 12 people on Nov. 6. “I made a bad mistake,” he said. “The spirit of what I’m preaching all the time was contradictory, and I’ve got to own that, so I’m going to apologize to you.” S.F. Chronicle | Sacramento Bee

First, Nancy Pelosi was accused of hypocrisy for getting her hair done. Then it was Newsom's turn. Now more than half a dozen California lawmakers are facing criticism for gathering at a luxury resort in Maui to attend a four-day political conference. The theme? How to reopen economies amid a public health crisis. L.A. Times | Politico 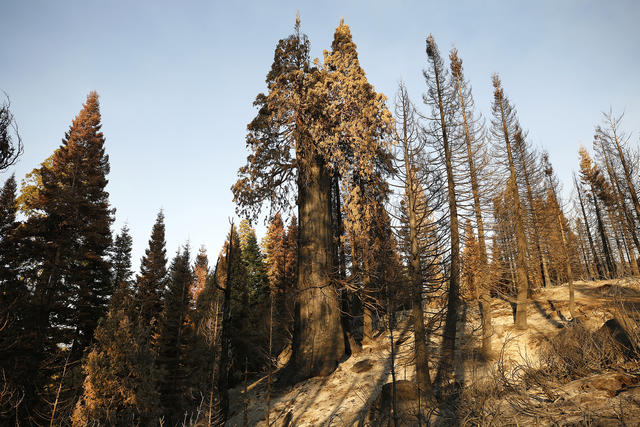 The Castle fire, one of the blazes triggered by California’s August lightning blitz, burned through numerous giant sequoia groves on the western slopes of the Sierra. Experts now believe the death toll could number more than 1,000 of the massive trees. That could make it the worst giant sequoia monarch killing since at least 1297. L.A. Times

The University of California agreed to pay $73 million to as many as 6,600 women as part of a class-action lawsuit accusing a former UCLA gynecologist of sexual abuse. The lawsuit was initiated by seven women who said James Heaps, 67, touched them sexually during medical exams. The settlement follows a similar abuse scandal at USC, which agreed to a $215 million settlement for patients of former gynecologist George Tyndall. A.P.

Officer who opened fire, upon realizing Monterrosa was unarmed: “This is not what I fucking needed tonight.”

Captain, reassuring him: “You’re going to be all right. We’ve been through this before.” 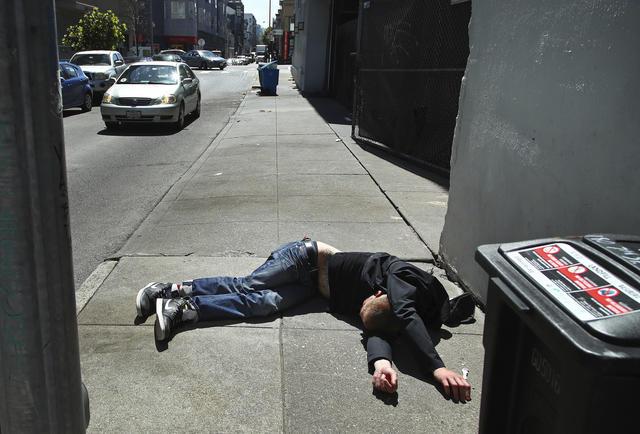 A man laid on a sidewalk in San Francisco, where a drug epidemic is widening.

San Francisco's opioid crisis deepened this year as fentanyl — a painkiller about 50 times more potent than morphine — seeped further into the city's drug supply. The Chronicle obtained data on the location of every overdose death for a project that shows how, despite increased funding, the problem is everywhere and only getting worse. S.F. Chronicle

A Shasta County man wanted in an alleged Ponzi scheme mounted a daring escape attempt as FBI agents made chase on Monday. Matthew Piercey, 44, fled in his truck, then parked and dove into Shasta Lake using an underwater “sea scooter,” officials said. He spent nearly 30 minutes zipping around the frigid waters as officers tracked his movements. When he finally emerged, officers gave him dry clothes and put him in handcuffs. Record-Searchlight | KRCR

Gif created from video by NASS.

San Francisco in the 1930s was a time of cable car commutes, smoky jazz clubs, and long lines outside soup kitchens.

The period is brought to life in newly restored footage of a trip down the city's bustling Market Street. A YouTuber whose specializes in "upscaling" vintage videos used artificial intelligence to colorize and sharpen the film to 4K resolution. The result is mesmerizing. YouTube (~4 mins)

“Baby, I can’t find Jahi. The police are here.”

Jahi Turner was 2 years old when he disappeared in San Diego in 2002. His stepfather, Tieray Jones, said the boy vanished from a neighborhood park when he wasn't looking. He faced a murder charge that was ultimately dismissed. Here's the wrenching story of a mother's 18-year journey of anger, regret, and hope. 👉 S.D. Union-Tribune

In March, a group calling themselves the "reclaimers" occupied a dozen vacant homes in a working-class neighborhood of Los Angeles. The houses were owned by CalTrans, which bought them to make way for a freeway expansion that never happened. Now the gambit is paying off. Homeless Angelenos will be allowed to move in as part of a partnership between the transit agency and the city. LAist | KABC 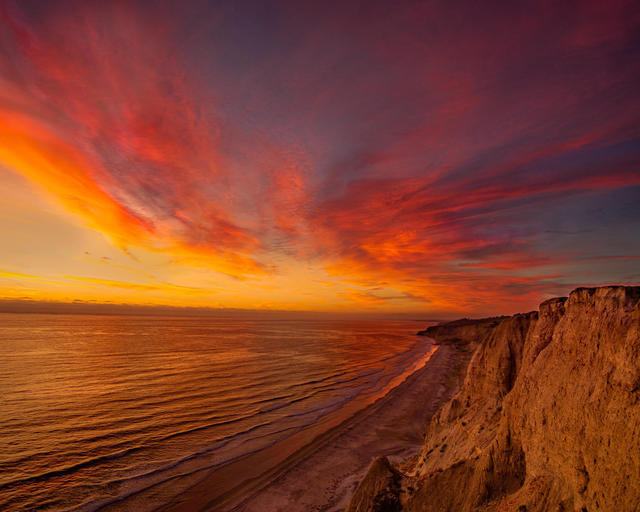 ☝️ The photographer who captured this San Diego sunset swears he didn't manipulate the colors.

It was taken at Black's Beach, a secluded stretch of coast known for three things: lenient clothing rules, excellent waves, and sublime views. The walking path to the sand involves a difficult descent from the bluffs of Torrey Pines. The upside: There's a decent chance you'll have the sunset to yourself. LaJolla.com