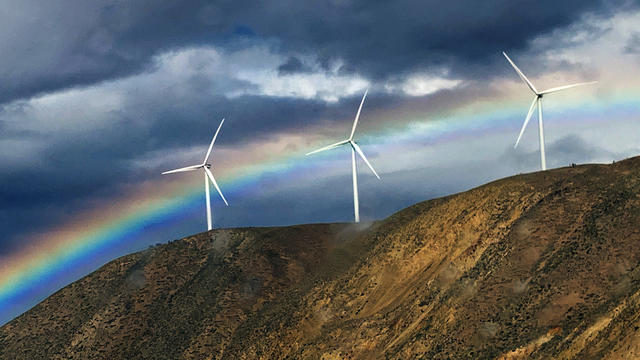 One of the main obstacles to California's ambitious renewable energy goals is energy storage. Reliance on solar and wind power requires a massive expansion in our capacity to store energy for use when the sun isn't shining and the wind isn't blowing. So energy experts have been delighted by some eye-popping data: The cost of battery energy storage has plummeted 76 percent since 2012. KQED

In a new report, nonpartisan legislative analysts said California is on track to have a budget surplus of $7 billion next year. It also showed that the world's fifth-largest economy has enough saved in reserves to weather a typical recession. "The budget picture is strong and favorable. Full stop," an analyst said. Sacramento Bee | A.P. 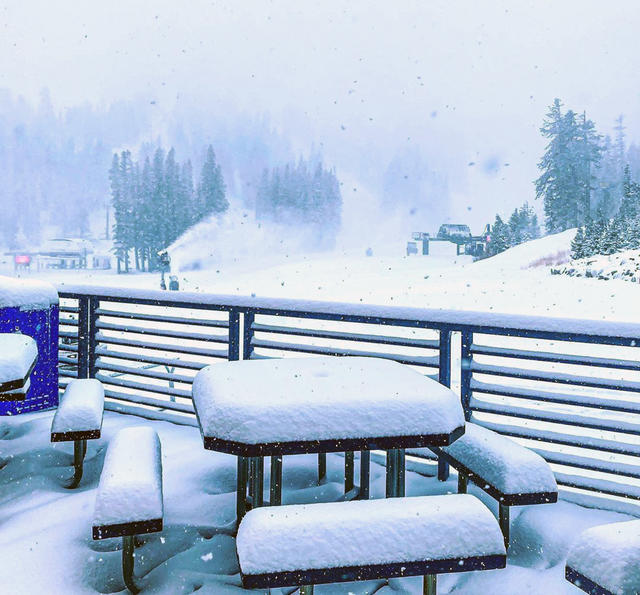 Snow blanketed peaks from San Diego County to the northern Sierra. Pictured above is fresh powder at Mt. Rose Ski Tahoe, which reported 6 to 7 inches of snow. L.A. Times | A.P.

Some ski slopes have already made their winter debuts. California Now

Elephants squealed and frolicked in the mud at San Diego Zoo Safari Park. It's a joy to behold. @sdzsafaripark/Instagram 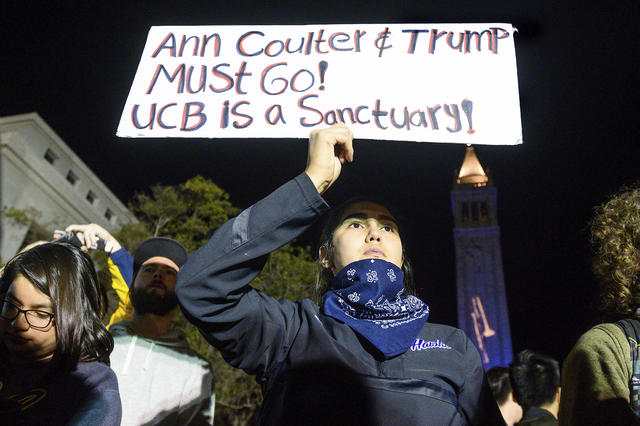 Berkeley student Magaly Mercado held a protest sign during a speech by Ann Coulter on Wednesday.

Several people were arrested at U.C. Berkeley as hundreds of protesters tried to disrupt an appearance by conservative pundit Ann Coulter. One ticket holder was attacked and injured, police said. Others were escorted into the venue by police in riot gear. The talk, titled "Adios, America," went on as planned. Berkeleyside | SFGate.com

IRI Consultants offers "union vulnerability assessments" and boasts of helping a large health care company persuade employees to avoid a union election. Now it's been hired by Google as part of an apparent crackdown on employee activism. It's a startling turn for a company renowned for its worker-friendly culture. N.Y. Times | CNET 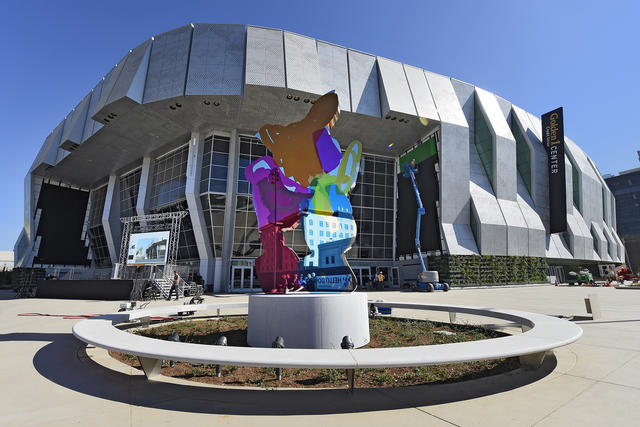 He started by siphoning off $30,000 from an ad buy. Before long, Sacramento Kings executive Jeff David was stealing more than most of the players earned on the basketball court. Nobody suspected a thing for years as David netted $13 million through lies and forged signatures. Here's the insane, and grippingly told, story of how the NBA's most unlikely heist came crashing down. ESPN

Within six months of opening, a San Francisco grill had been robbed three times. The owner closed shop. Opening a restaurant is expensive, but the added cost of burglary and vandalism has some owners giving up. "No one wants to open a restaurant in San Francisco," the owner of a chain said. S.F. Chronicle

Feces complaints in San Francisco are up 35 percent. The Tenderloin had more than 3,000 last year, or an average of eight per day. Curbed San Francisco 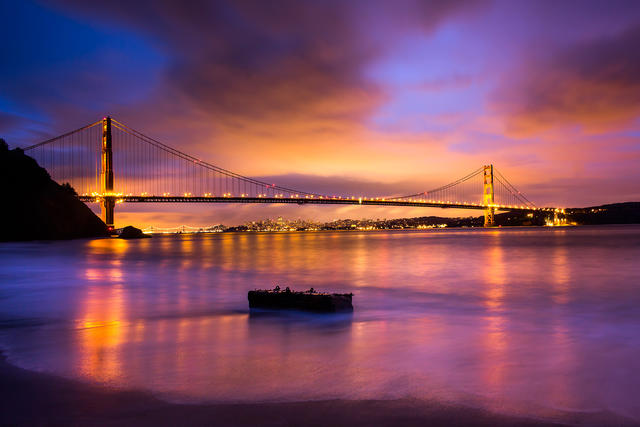 No campground has a view quite like Kirby Cove, above. Nestled at the water's edge in the Marin Headlands, it faces panoramic views of the Golden Gate Bridge and San Francisco. Outside magazine called it one of the eight best urban campsites in the country. S.F. Chronicle | Outside magazine

A report found that Los Angeles has more than 36,000 homeless people, but at least 41,000 vacant housing units. The study authors said many units are intentionally kept vacant by owners speculating on an increase in property value. LAist

You need to make at least $127,000 to afford a home in Los Angeles County, a report found. Only about a quarter of county residents could afford the median priced home. Curbed Los Angeles

A QAnon follower and other independent "researchers" have gained hundreds of thousands of followers sharing unfounded theories on seismology. Their bogus earthquake forecasts sometimes slip into the mainstream. After the July 4 Ridgecrest earthquake, for example, a fire department shared a tweet making an impossible prediction of another quake within 15 minutes. A police department in California City, citing "prototype instruments," broadcast a similarly false and alarmist forecast. Vice

A Venice couple said a package tossed over their fence by a FedEx driver landed on their 4-pound Yorkshire Terrier, leaving it mortally wounded. "We've just had a horrible weekend," one of the owners said through tears. FedEx says it was investigating. CBSLA | A.P. 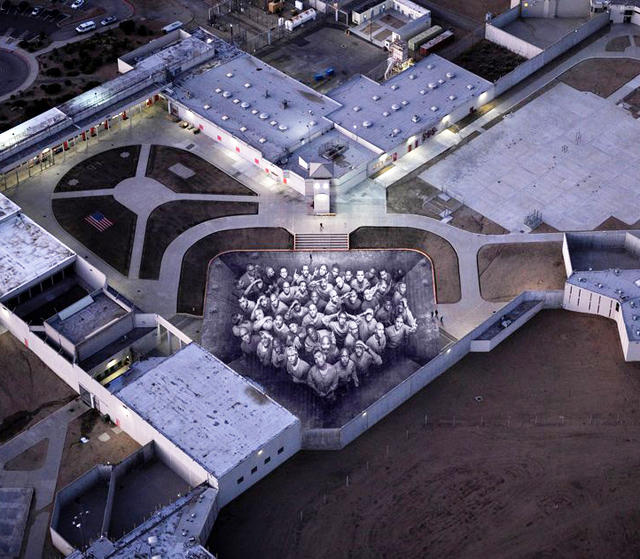 The latest work of a renowned French artist was created on an unlikely surface — the recreational yard of a maximum security prison in Tehachapi. Visible only from the sky, it depicts 48 current and former inmates. Their stories can be heard with an app. "I made a mistake when I was a child," begins one. Artnet News | JR-art.net